Porsche Taycan Spied During Tire-Screeching Test At The 'Ring

Porsche CEO says the electric sedan will have the handling of a 911.

Remember the Mission E concept? It debuted nearly four years ago at the 2015 Frankfurt Motor Show, and now Porsche is about to take the wraps off the production model. Confirmed for a September reveal, the company’s very first EV has been caught for the umpteenth time at the Nürburgring flaunting those hilarious “exhausts” to prove the Germans do have a sense of humor.

You might be tempted to say the zero-emissions sedan was not wearing any camouflage, but as it approaches a roundabout at the 1:11 mark, we can see it had quite a lot of black tape on the body and also stickers masking the lights. Later in the video, around the 4:15 mark, the prototype is seen in traffic passing by a gas station to reveal its deceiving body-colored camouflage also used by other future members of the Volkswagen Group family. Relevant examples include the next-gen Skoda Octavia and the revamped VW Golf. 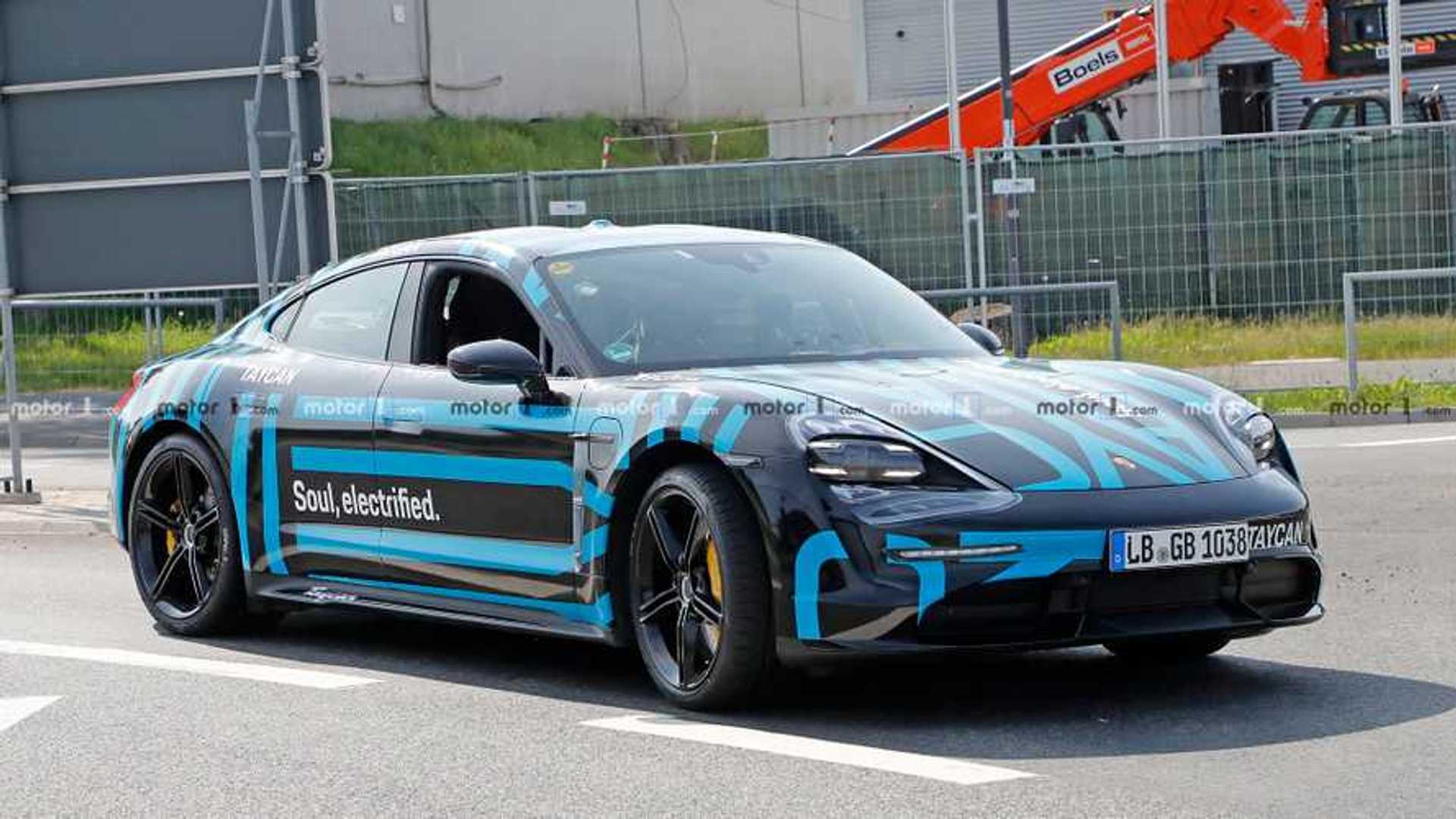 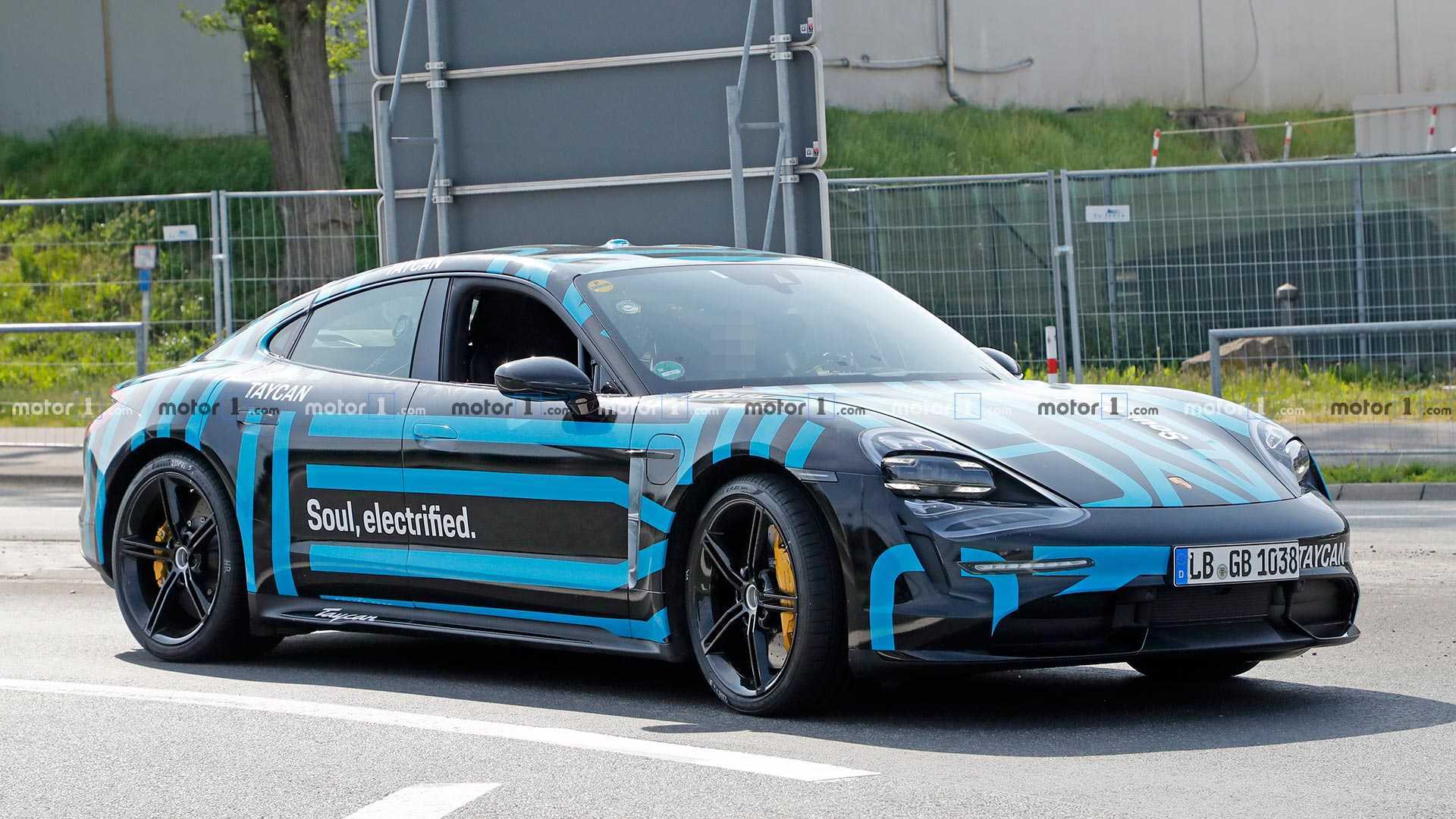 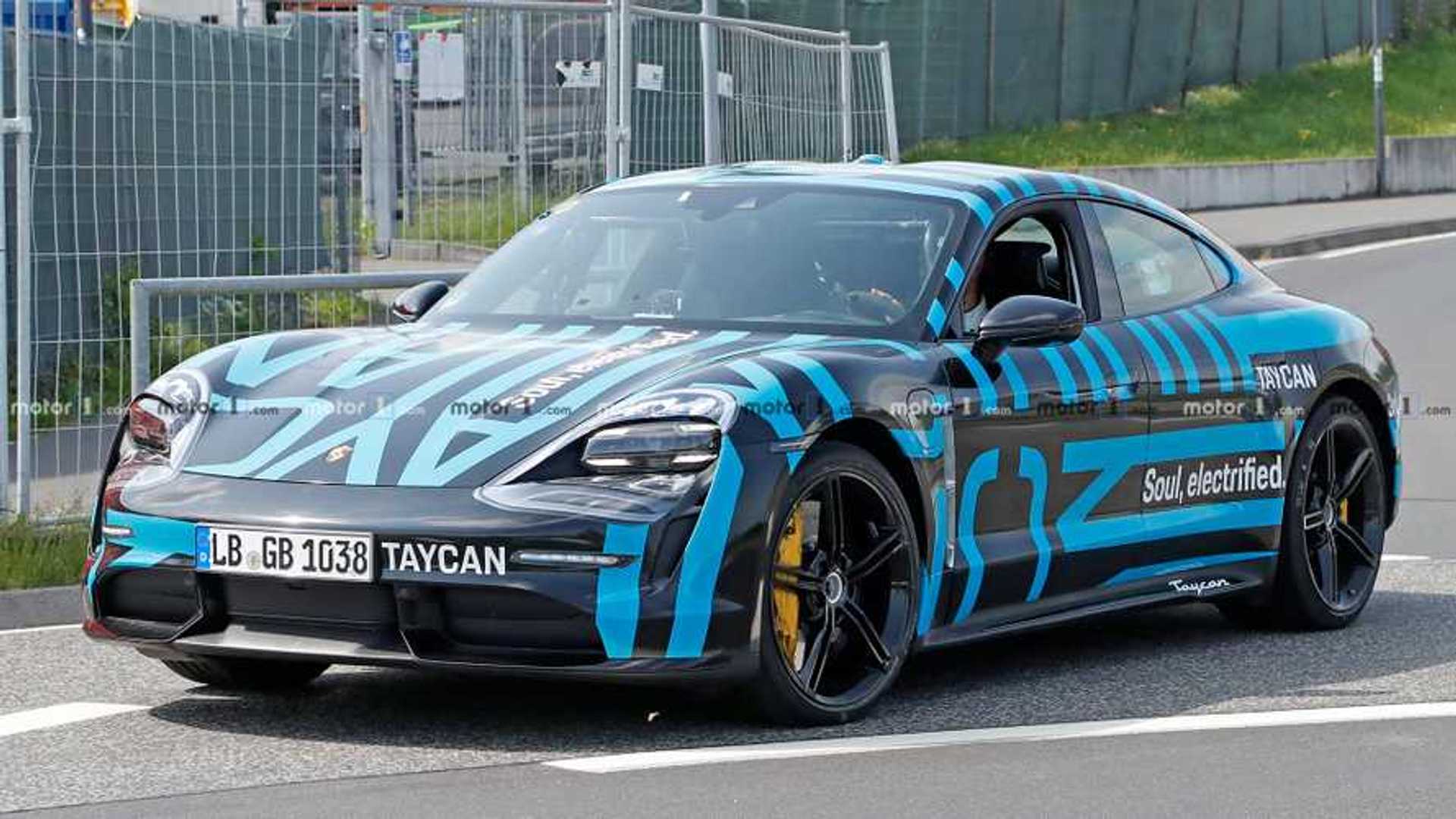 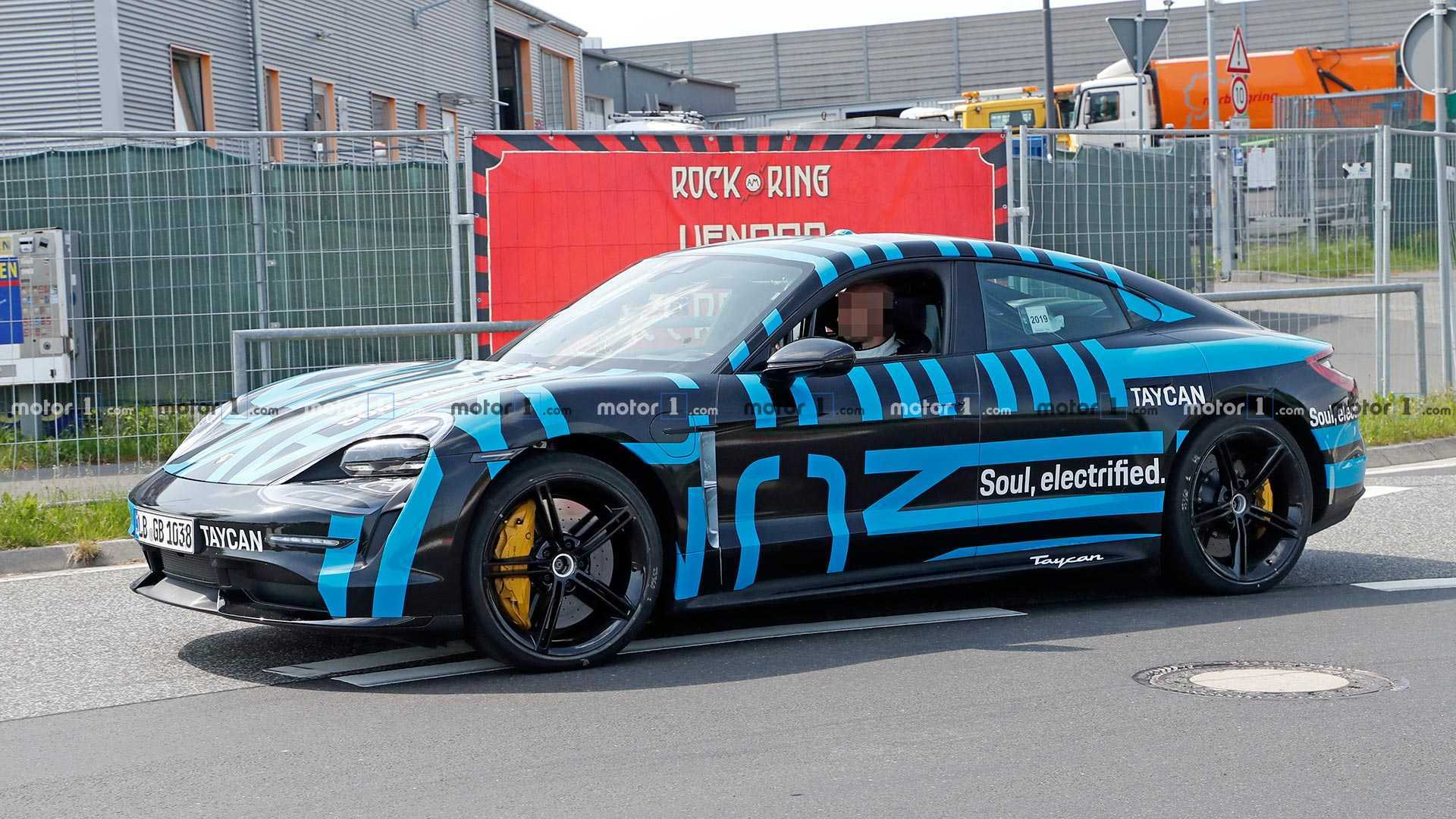 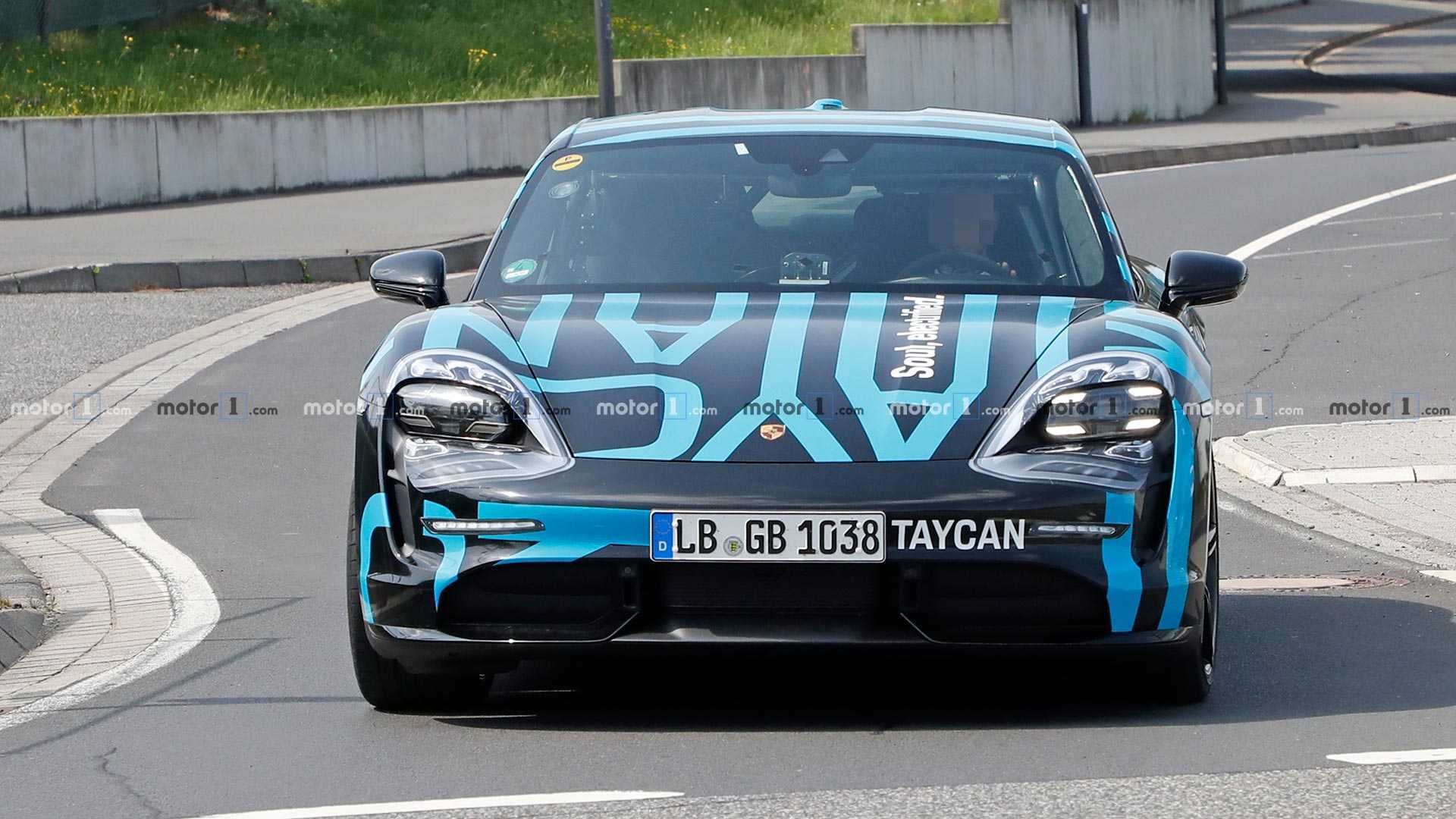 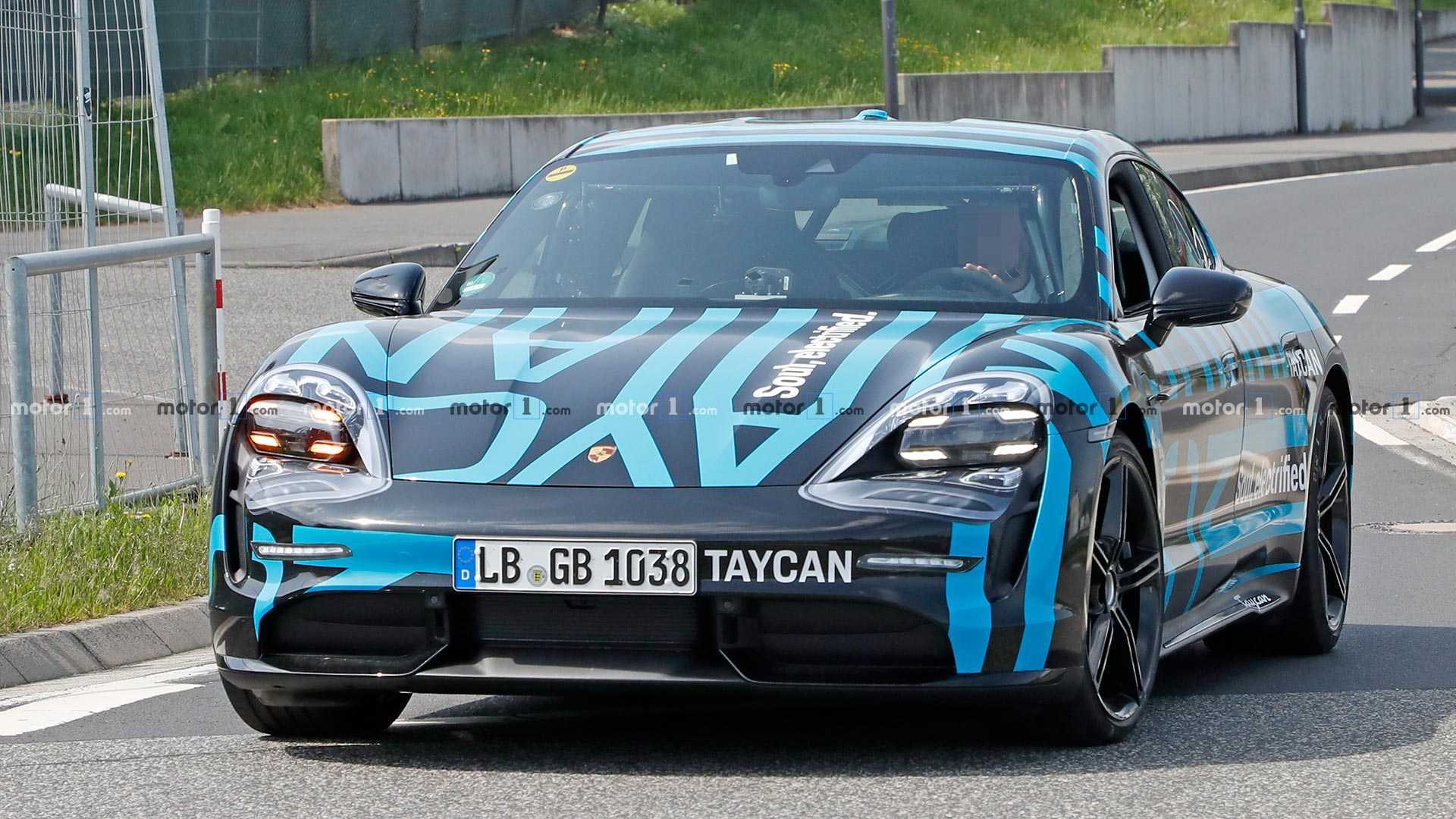 Bear in mind the spy video is showing more than just one prototype as we’re noticing different license plates, but all the test vehicles are wearing that rather annoying camouflage. There’s no sound coming from a combustion engine, although we can hear the tires taking a lot of abuse while the prototypes are tackling the Green Hell’s numerous corners.

In a recent interview with German publication Handelsblatt, Porsche CEO Oliver Blume made a rather surprising statement: “The Taycan has to drive like the 911.” We’re going to give the head honcho the benefit of the doubt, but it will be interesting to see whether the EV will live up to Blume’s promise taking into account the Taycan will be considerably heavier. You can sense the added bulk just by looking at this video, although it wouldn’t be fair to draw any conclusions since these are only prototypes and not the final product. 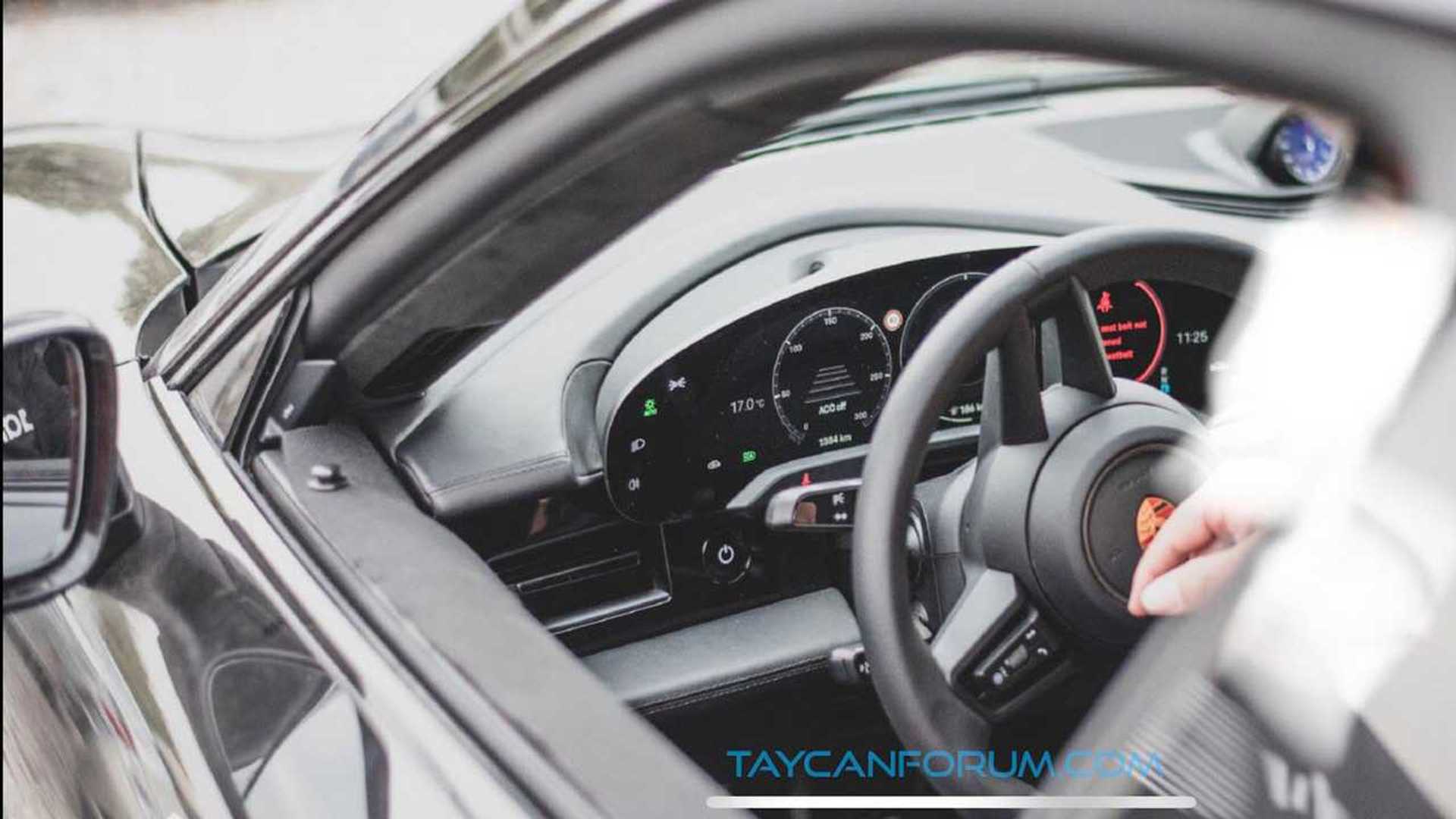 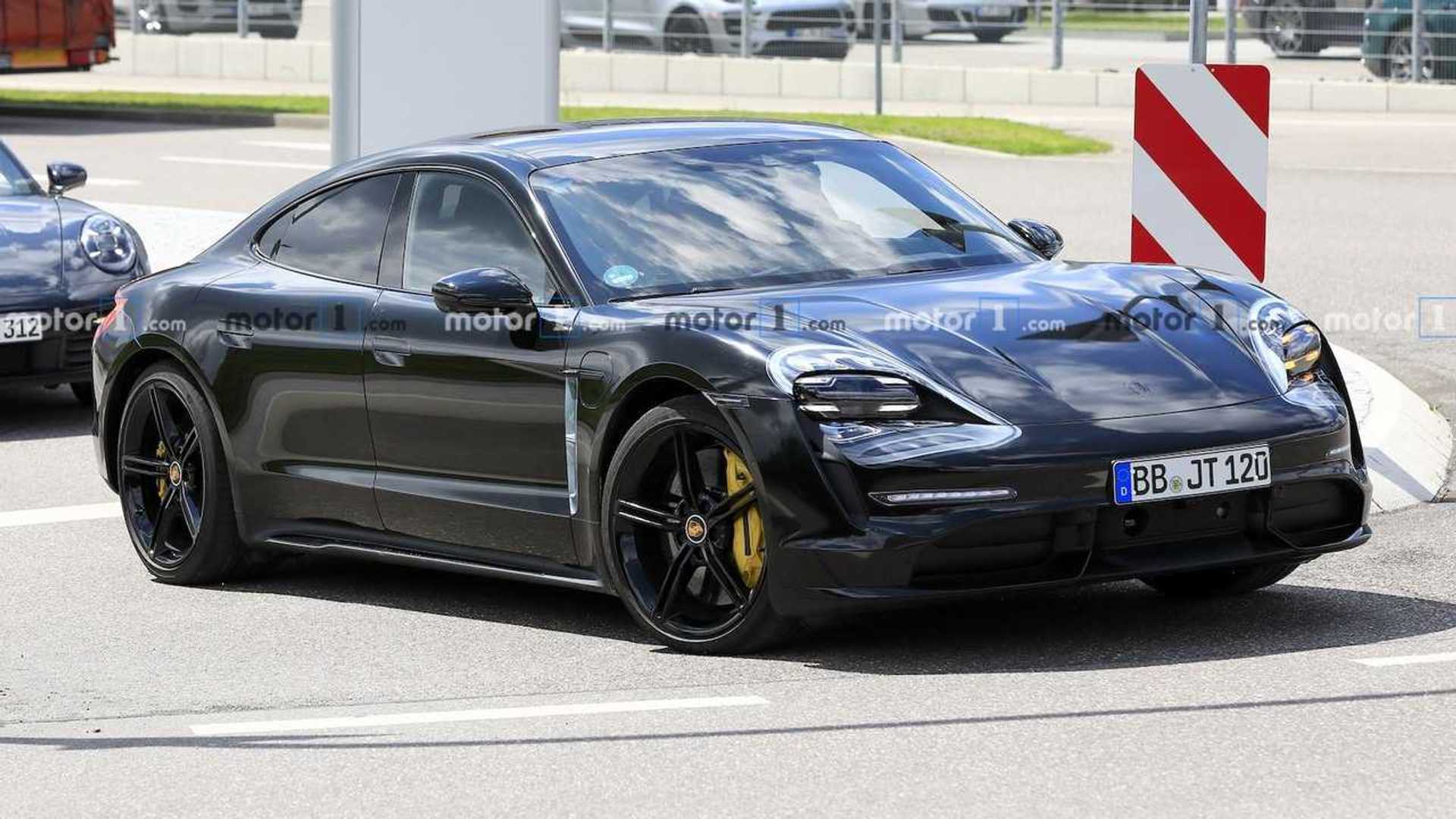 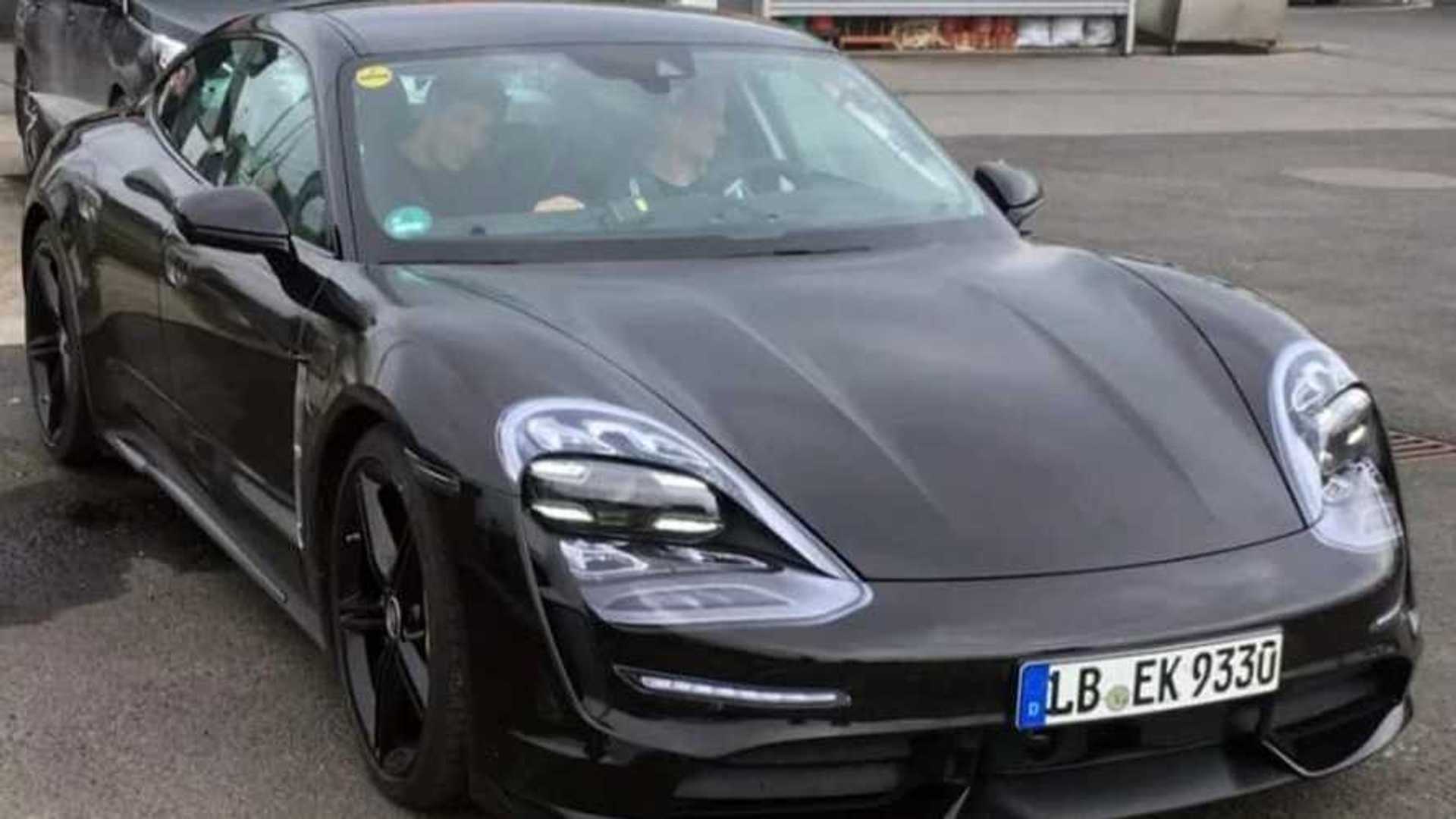 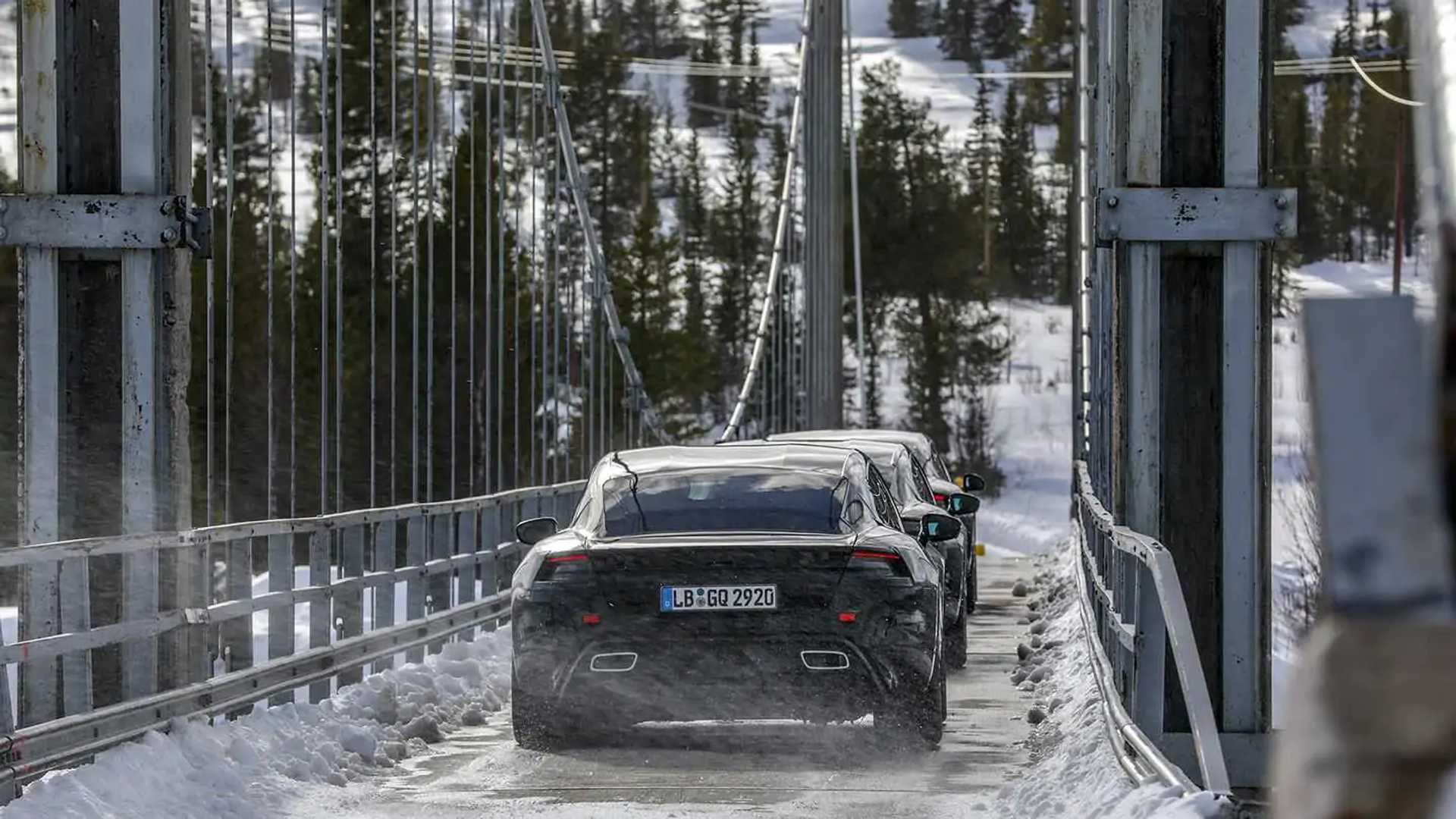 Should you need to carry more junk in the trunk, the Taycan Cross Turismo rugged and lifted wagon will be added to the range sometime next year. The Taycan is already a hit for Porsche if you take into consideration more than 20,000 pre-orders have been registered, months before the car’s actual debut. Blume said annual production will exceed 20,000 units to meet strong demand.

Interestingly, Blume admitted in the same interview with Handelsblatt that “some things went wrong” during the Taycan’s development phase, without going into specific details. He did say Porsche ran into some power and charging problems, as well as with the battery’s pack thermal management. Rest assured all issues have been ironed out and the car will be ready for its world premiere. Come September, Blume thinks no one will talk about Tesla anymore. That’s a rather bold statement, don’t you think?

Read the full interview (in German, but Google Translate is your friend) at the source link below.