Home » Electric Cars » School Buses Are Going Electric, but Not Too Fast School Buses Are Going Electric, but Not Too Fast

If there is one iconic American vehicle needing to become an EV as soon as possible, it’s the school bus. Best known for using the same styling for decades and for belching out thick clouds of diesel exhaust into cars behind them, like tanks deploying smoke screens, school buses can at times be smelled from hundreds of yards away. But they have largely avoided any kind of regulatory wrath when it comes to air quality.

The school bus maker debuted three different EV models in 2018, all based on existing gas and diesel-engined models, including the Micro Bird G5 electric for 30 passengers, the cab-forward All America RE Electric with an 84-passenger capacity, and the Vision Electric with a front-positioned hood and a 77-passenger capacity. The two larger buses have up to a 12-mile range while the smaller 30-passenger bus has up to a 100-mile range. 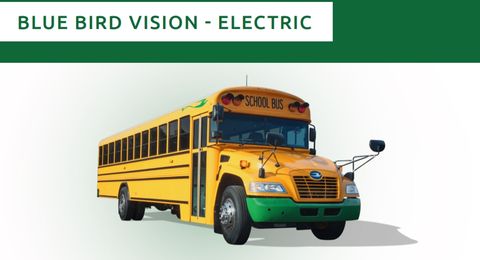 “Blue Bird is honored to have received its 300th electric bus order in November, confirming our position as the #1 EV school bus manufacturer in the United States,” said David Bercik, senior vice president of Sales and Marketing. “Based on the interest level in Blue Bird electric buses from school districts, we expect the sales pace to increase in the future. While the pandemic has impacted the industry, the Blue Bird team is focused on maintaining our delivery commitments to each and every customer.”

School buses are actually well suited to becoming EVs because they largely operate during certain hours of the day, serve a limited geographic area, and spend their downtime at their fleet garages. This allows them to be charged in the late afternoon and overnight without the need for DC fast-charging technology. They also don’t need a large battery with a range more than 150 miles because they just don’t travel that much in a given 24-hour time span. This makes them similar to delivery trucks logistics companies use. They’re also undergoing an EV revolution of their own, but have received far more pitches from manufacturers old and new than from school bus manufacturers.

In effect, several start-ups and automakers are trying to make logistics giants, chain stores, and the USPS switch to electric vehicles. But school bus fleets have largely been overlooked. So while the order of the 300th Blue Bird electric school bus is an important step in the right direction, there is still a long way to go before even a small percentage of school buses in all U.S. states become zero-emissions vehicles. Blue Bird itself has been working on EV bus technology since 1994, but did not begin to offer today’s EV models to school districts until relatively recently. They’ve also offered CNG, propane and gas-engined buses in the past. 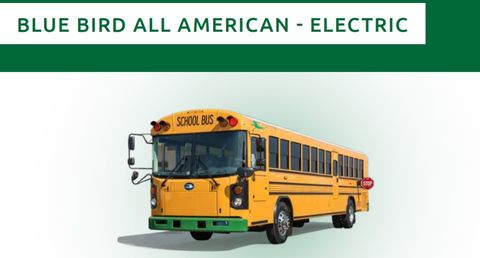 So we’re still in the early days of school buses going electric. Many thousands more electric buses have to be built and purchased by school districts before hitting some kind of dramatic milestone such as 5% of all school buses in the country being electric. That’s still years away, likely more than a decade, and given the regulatory priorities and school bus lifespans it’s safe to say diesel buses being built today will be in service for some time. So in the horse race of passenger cars, logistics trucks, grocery store semis and school buses becoming EVs over time, we wouldn’t advise betting on school buses getting over the 10% or 20% mark first.

Catsburg: I went off “at least four times” on way to IGTC title
Car Reviews