Home » Tesla Model Y Standard Range Returns, Only In One Market For Now Tesla Model Y Standard Range Returns, Only In One Market For Now

The Model Y Standard Range disappeared as quickly as it arrived, but now Tesla will produce it for Hong Kong.

According to recent news from Electrek, Tesla has brought back the Model Y Standard Range. However, at this time, you can only get it in Hong Kong. The video above is also consistent with the story.

Keep in mind, when the Model Y Standard Range arrived and then quickly disappeared, CEO Elon Musk said you could still order it “off the menu,” though we have no idea if that’s still true. That was the case for the $35,000 Model 3 for a time, but it’s no longer available.

The $42,000 rear-wheel-drive Model Y Standard Range launched earlier in 2021 with 244 miles of range. This came after Musk announced that the crossover wouldn’t come in a standard-range configuration, since it would have fewer than 250 miles of range, which the CEO called “unacceptably low.”

Nonetheless, Tesla started offering it, but it didn’t last long. It seems Tesla does this so it can say it offered the car and there was no demand, so it removed the option.

Even more interesting, after Tesla added the base Model Y to its website, it first reduced the price by $2,000, then removed the car from the online configurator altogether.

Fast-forward to the present and the car has popped back up on the Tesla’s configurator, but only in Hong Kong. The website shows the availability of the Standard Range, which has a range of 283 miles (455 km) on the WLTP testing cycle. It starts at 329,800 Hong Kong dollars, or ~$42,500. It’s also important to note that this is a right-hand drive car (RHD). 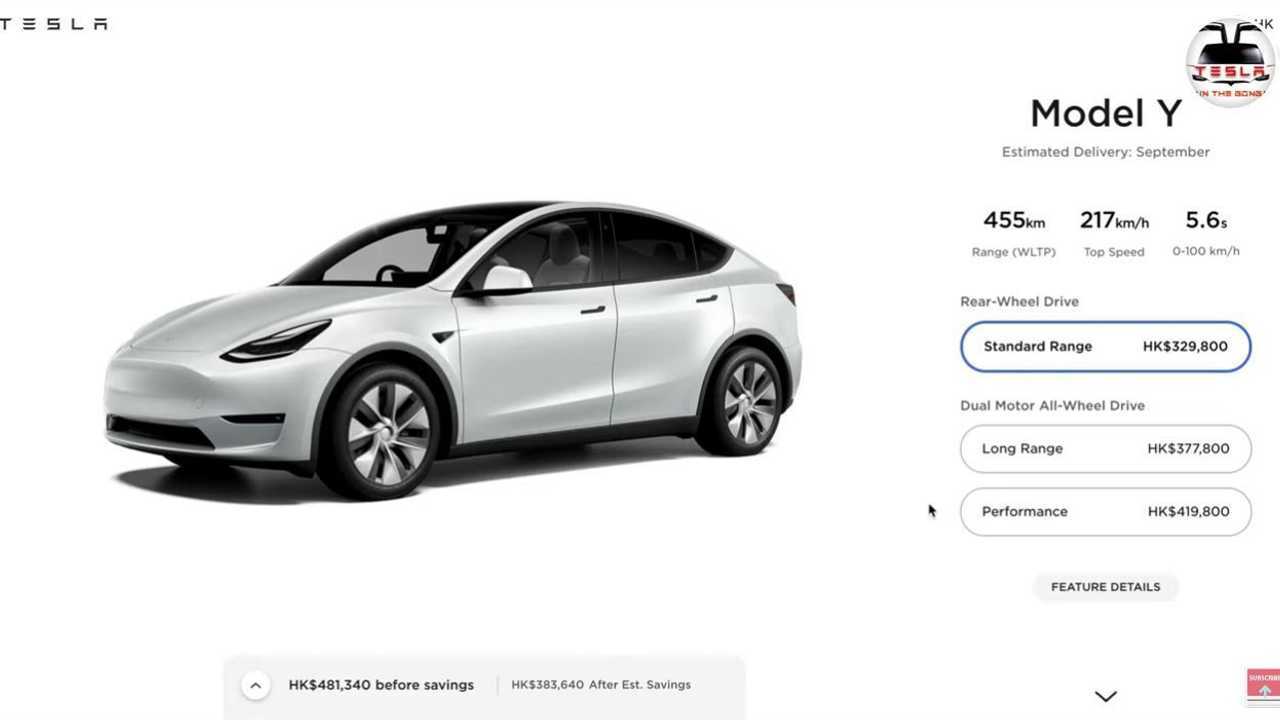 Tesla doesn’t yet make a RHD Model Y, and it doesn’t make the base Standard Range version in China. However, it seems to only make sense that the brand would produce this car at its Gigafactory in Shanghai.

Will Tesla begin offering made-in-China RHD Model Y crossovers for other countries? Might the Model Y Standard Range be sold in China? What about other markets?

Leave us your wisdom in the comment section below.