Just a couple of weeks after Lordstown Motors acquired GM’s Lordstown plant in Ohio, it has announced that it is accepting $1000 deposits as preorders for the 2021 Lordstown Endurance electric pickup truck. The EV starts at $52,500 and will reach the public late next year, the company said. It’s entirely possible that would make it the first electric pickup truck on the market—but not the last, as General Motors, Tesla, and Ford are all preparing their own entries in the new market segment.

Lordstown said that the initial focus of the truck will be for fleets, but the company is also taking orders for private use. We know few details other than what can be seen from renderings, other than that the pickup will have a four-wheel-drive “hub motor” system that reduces the number of moving parts and thus, the company says, will make it more reliable and cheaper to maintain. 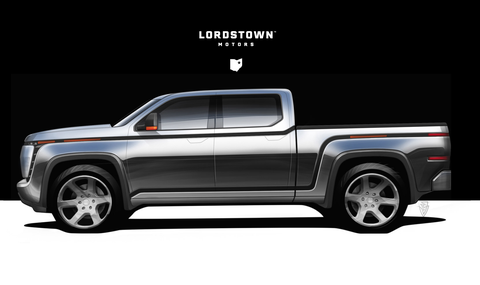 Separately, GM CEO Mary Barra said today that General Motors will build its own electric pickup truck, which she said will become available in the fall of 2021. The only detail she offered was that “It will be a very capable truck.” There has been speculation that GM would build an electric pickup, possibly on the same platform as an SUV that could be badged as a Hummer, at its Hamtramck plant near Detroit.