Mercedes-AMG ONE Hypercar Deliveries Will Begin in 2021

Back in 2017, Mercedes-AMG revealed the mind-blowing Project One hypercar. To celebrate AMG’s huge success in Formula 1, the car—which later dropped the “Project” in its name—shares the hybrid V-6 engine from the 2017 F1 championship-winning car. Unfortunately, it turns out that it’s incredibly hard to adapt a modern F1 engine to road-car use, so deliveries were delayed from AMG’s initial 2019 projection. Now though, AMG is confident that the hypercar will soon be in customer’s hands. 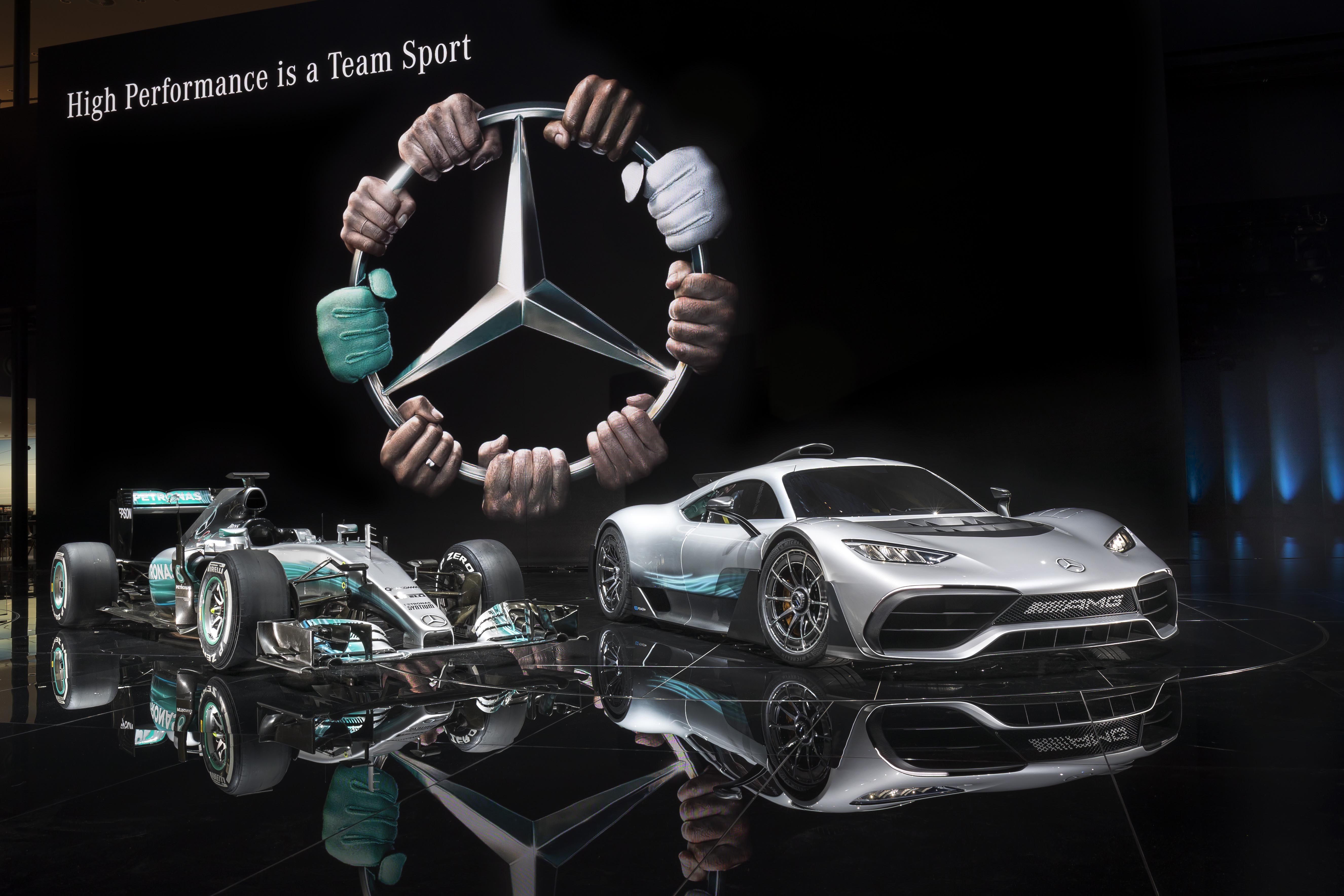 At the Los Angeles Auto Show, Michael Knöller, AMG’s global head of product management and sales, told Road & Track that customers have been informed that deliveries of the One are set to begin in 2021. “When you make F1 technology street legal you have to go through a journey with the customers,” he said. “We had some challenges, but now we’ve reached a tipping point.”

Those challenges included getting the car to idle stably at around 1200 rpm so it could meet global emissions-test requirements. The race engine idles at 5000 rpm, and AMG head Tobias Moers said last year that getting the number down by 3800 rpm has proven difficult. Knöller added that meeting noise regulations has also been challenging because, again, this is a race engine.

The AMG One gets its electrically spooled turbocharger (MGU-H), kinetic-energy harvesting-and-deploying electric motor (MGU-K), and liquid-cooled batteries from the 2017 W08 EQ Power+. Unlike the 2017 champion, though, the One will have two MGU-Ks at the front axle, giving the hypercar torque vectoring all-wheel drive. With all this, the One should offer well over 1000 horsepower.

Mercedes-AMG plans on building 275 examples of the One, and the starting price is around 2.275 million euros.