It’s times like these that we wish the show Mythbusters was still on the air so they could test to see if Mini’s upcoming Mini Cooper SE all-electric model really can tow a Boeing 777F freight aircraft down a runway. But there’s actually video of the stunt with a prototype Cooper SE (check out our drive of an SE prototype here), which will be headed to production in November, towing the 150-ton aircraft. We’ve taken a look and it certainly appears like it’s pulling all that weight, but of course, Mini isn’t detailing how it actually pulled the pull off.

It’s worth noting that when towing, you’re not necessarily dealing with weight, per se, but resistance. On flat ground and with the plane’s tires inflated, the amount of resistance/static friction the Mini has to overcome to get the 777F moving is a fraction of its actual weight. Yet the video of the Cooper SE towing the aircraft really gets us thinking about the possibilities to come not only from Mini, but from other automakers who are also slowly adding electric vehicles to their lineups. If the Cooper SE is capable of towing a giant plane, what could, say, a Rivian R1T EV truck tow? The plane and the entire hangar it parks in? Kudos to the marketing team for getting our imaginations going with a 47-second video.

It’s all meant to demonstrate what Mini says is the Cooper SE’s “muscle-car role” in its lineup by utilizing its electric motor to generate the car’s peak torque from 0 rpm, which is one of the key characteristics of all-electric powered vehicles like the SE. So far we don’t have a ton of information about Mini’s first true production EV, but we do know it will share its powertrain with the BMW i3, but Mini has moved the i3’s 33.8-kWh battery pack around and shifted the motor and electronics to the front in order to better fit it with existing Mini architecture. The all-EV i3 is EPA estimated at 114 miles of range, and the numbers should be similar for the SE. Best guess at a zero-to-60-mph time should be somewhere around eight seconds.

Ever since Mini’s experiment with its Mini E roughly a decade ago, it’s seemed inevitable that Mini would eventually electrify its lineup. We’ll soon see if the SE has what it takes to charge up the Mini lineup, and you never know, maybe we’ll ask the Mythbusters guys to re-create it out at LAX once we get our hands on one. 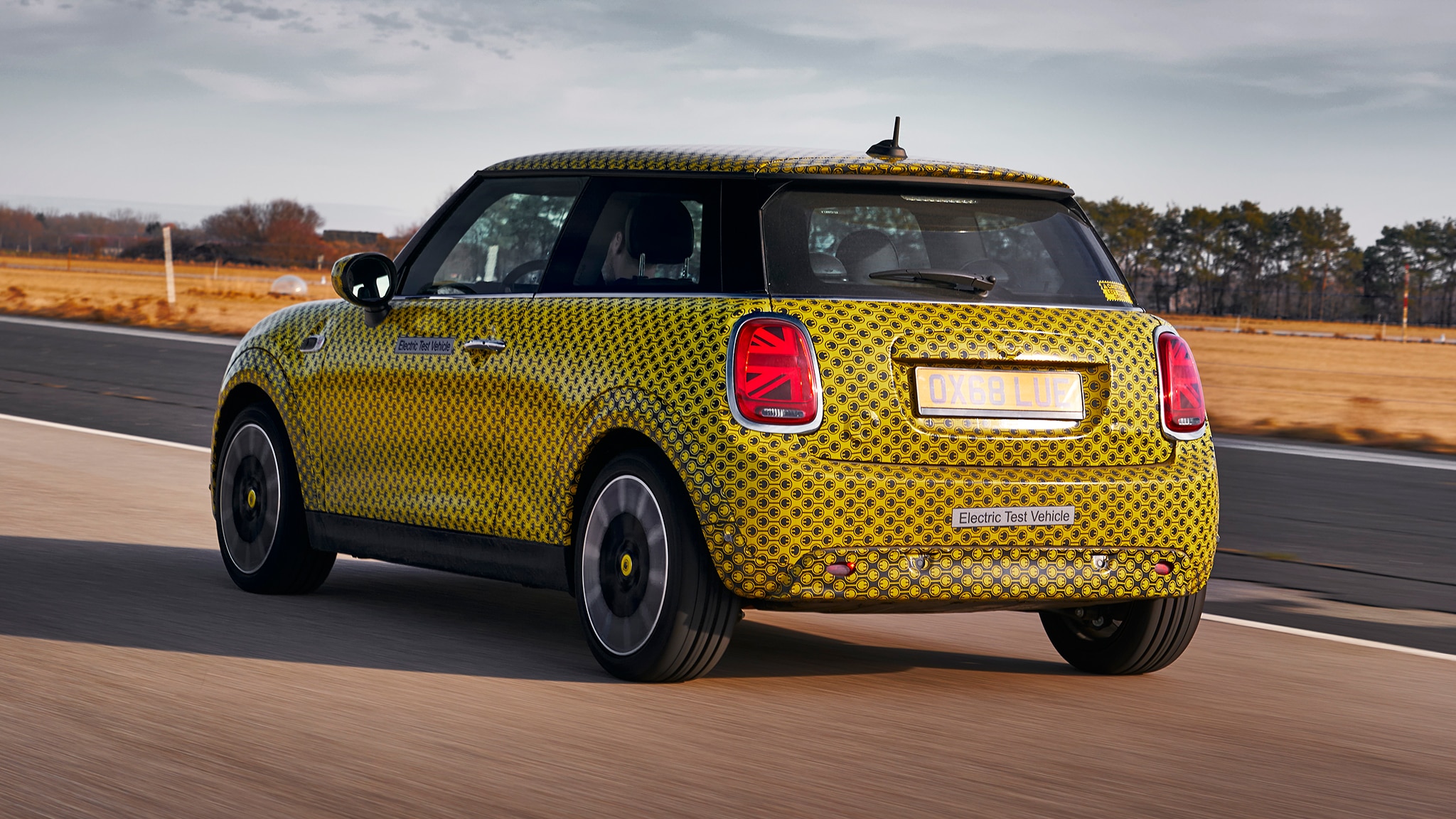 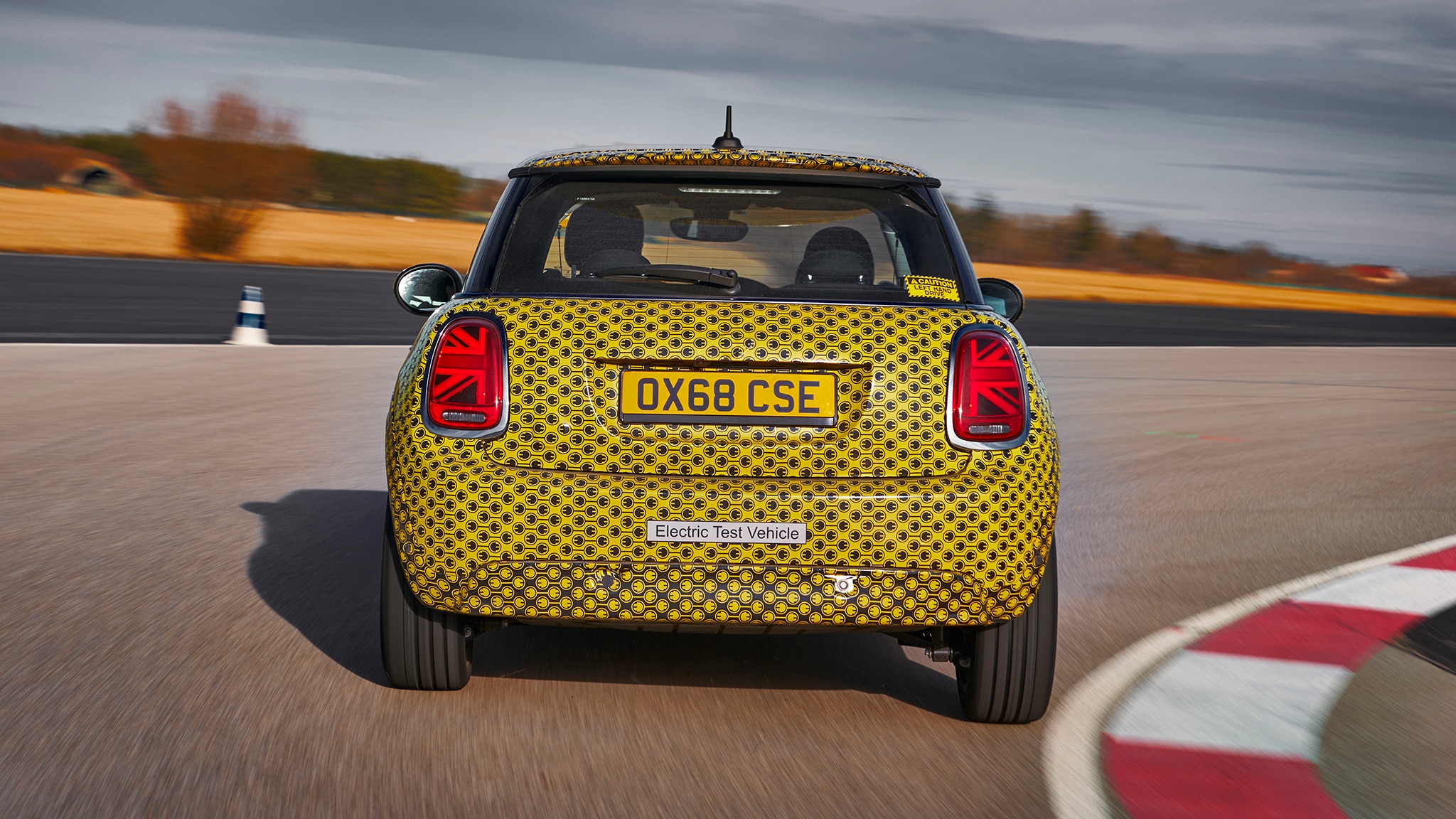 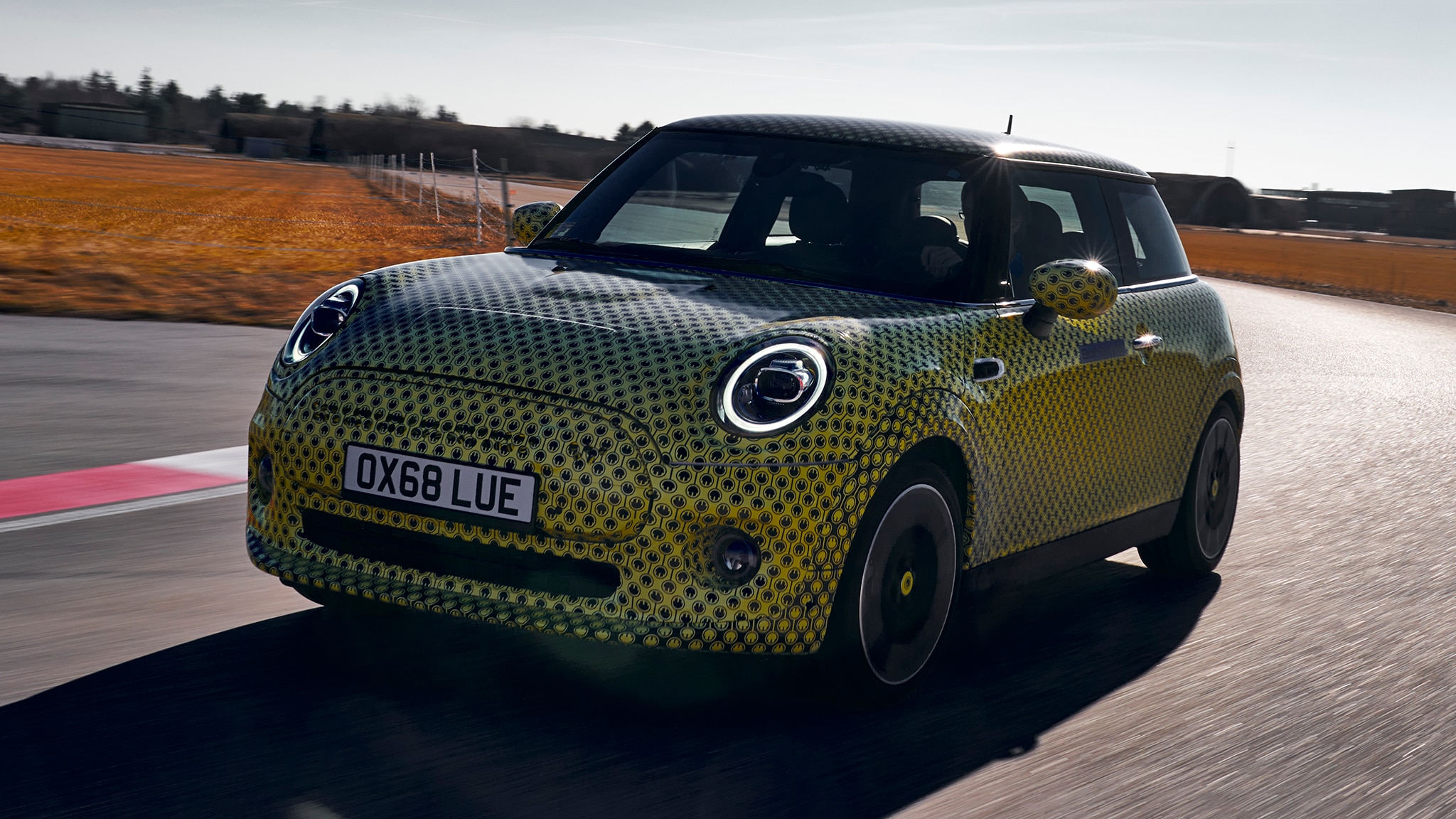 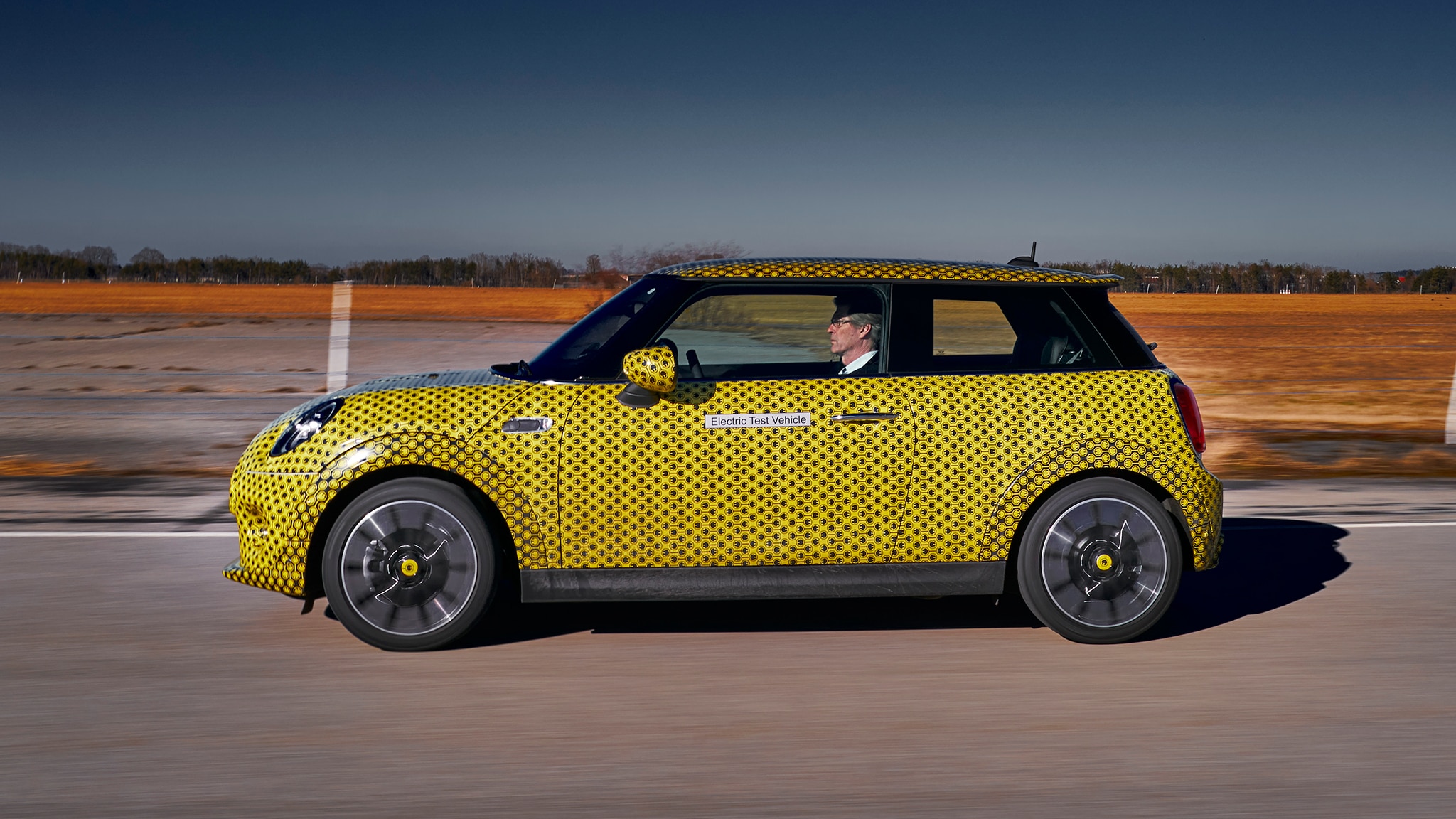 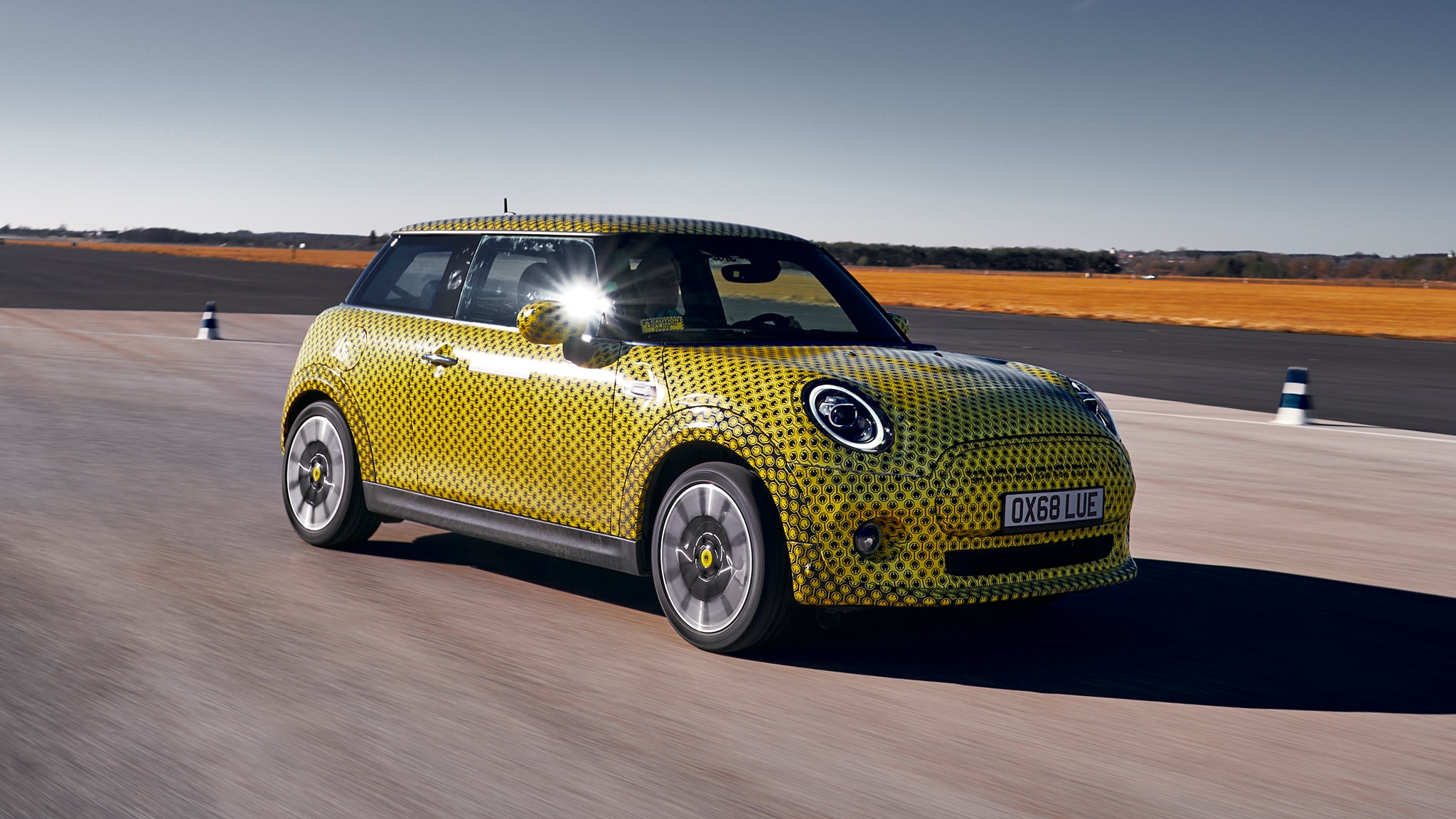 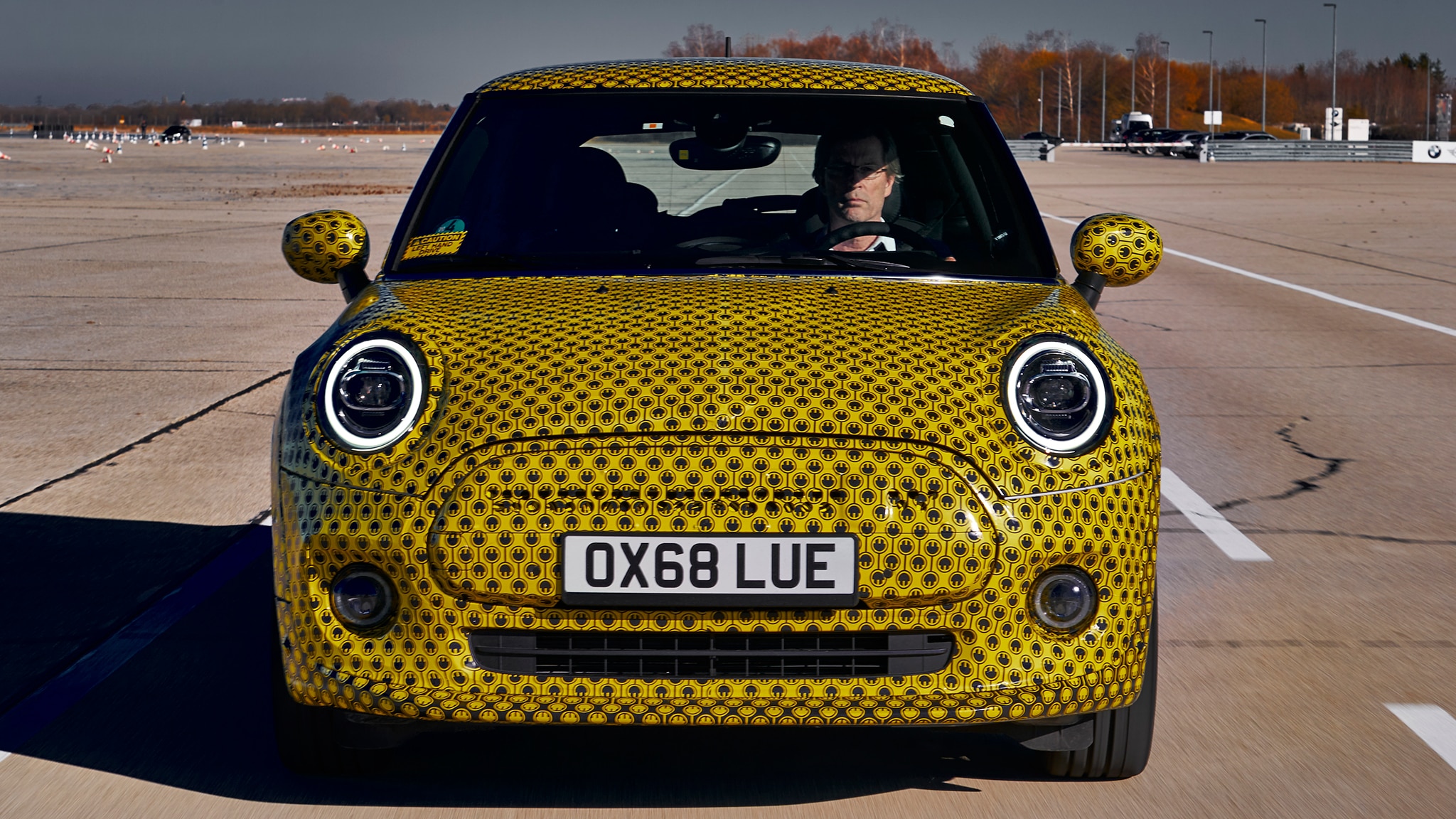