Crashing on a track is as humbling as it is horrifying, especially if it happens in something expensive, and proves you spent more on your car than on your driving skills. If you want to save face, though, the worst thing you could do is try to get footage of the crash wiped from the internet, as the driver of a Porsche 962C wrecked at Spa-Francorchamps is allegedly trying to do.

The video in question was uploaded to YouTube on Tuesday by channel Auto Addiction, which filmed the Porsche as it traversed the chicane and entered the pit straight. Under acceleration, its driver lost the rear end and speared into the pit wall—not especially hard, but enough to destroy the front end. The cameraman told The Drive he rushed to check if the driver was alright, before filming the wrecked race car being loaded onto the circuit’s flatbed, and its driver gathering some of the wreckage.

Despite the cameraman’s gracious behavior, the car’s owner allegedly came up behind him later, punching him in the back, and calling him an “asshole.” This apparently changed the YouTuber’s mind about uploading the crash video, which they did albeit with major identifying details of the car and driver obscured. Even so, that apparently wasn’t good enough for the Porsche’s unidentified German owner, who according to Auto Addiction has demanded the video be taken down, and even threatened legal action.

“The owner of the Porsche is threatening with legal actions against us if we don’t take the video offline,” said Auto Addiction in the pinned comment on the video. “As far as we believe, with all the censoring in the video and the fact it’s filmed from a public area, it’s 100% legal and does not need any permission from the owner of the car.”

For what it’s worth, Auto Addiction declined to provide further evidence of the alleged threat when asked. Other than potentially being embarrassed, why the owner is said to be so aggressive about the crash footage is unclear, as this particular 962 isn’t even though to be one of particular provenance. Rather than being a period race car, commenter Wayne R. Dempsey (whose name is linked to Porsche specialist Dempsey Motorsports) posits that it may be assembled from spares.

Auto Addiction believes this too, and identifies the Porsche as an example built by Germany’s Steimann Motorsport from a spare chassis for an unidentified owner. The channel’s operators claim the above webpage also used to show photos of a car with the same livery as the crashed one, though despite The Wayback Machine having three archives of the car’s page dating back to September 2020, pictures of the livery appear on none of them. 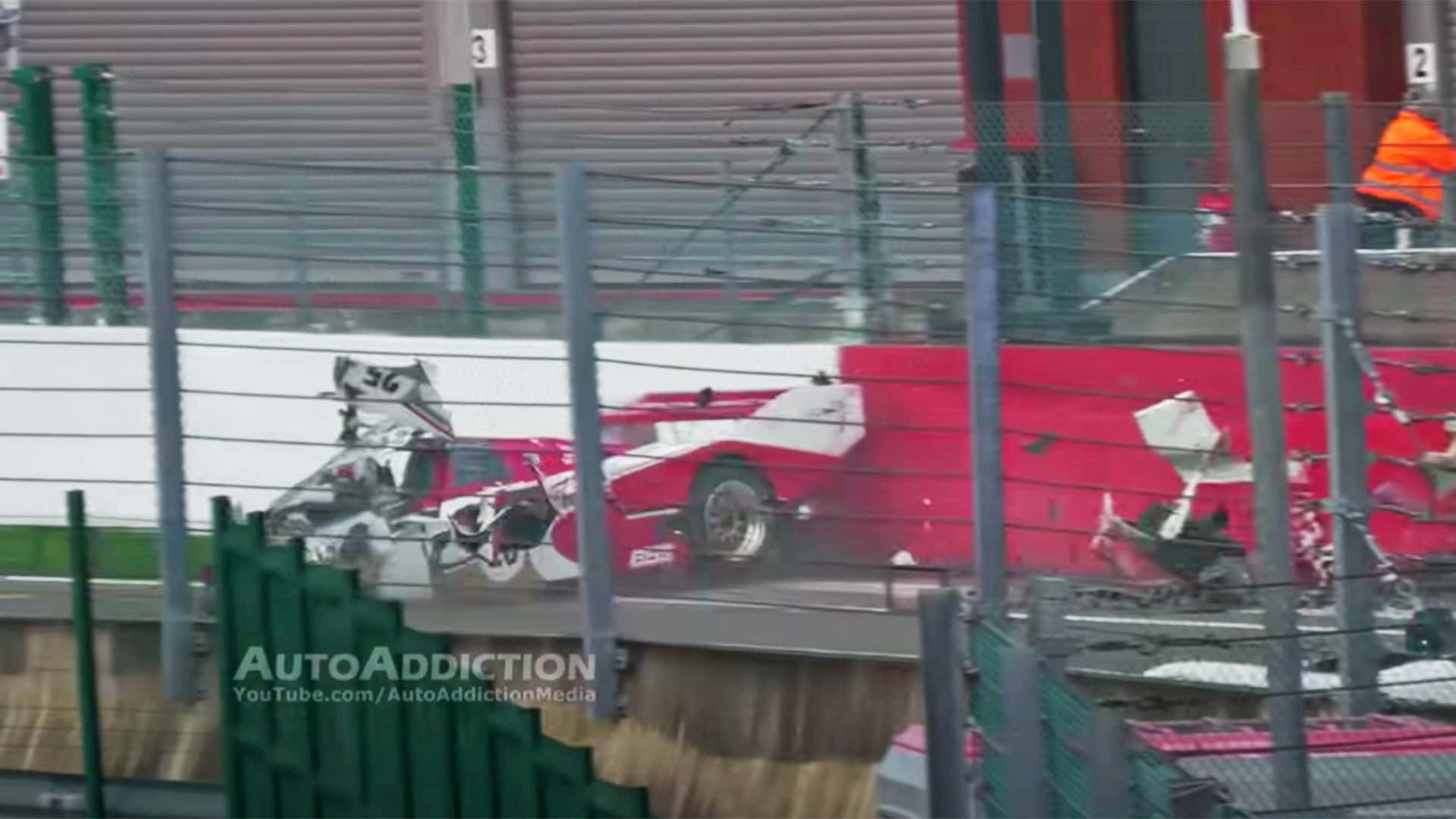 Absent hard proof of the legal threat, all we know for certain is that someone biffed a track day almost as badly as can be done, and there are some sore feelings about it. The 962’s driver ought to be counting their lucky stars, after all, that their Porsche crash at Spa ended better than Stefan Bellof’s did at the perilous Eau Rouge-Raidillon.