As the chip shortage and resulting car supply drought rage on, even supposed high-mileage used cars are selling for way more money than they did before. According to Edmunds data, dealer-sold used cars with anywhere between 100,000 and 109,999 miles on the odometer exchanged hands for an average of $16,489 in June 2021, higher than the figure has ever been before.

In contrast, the average transaction price for a car of this mileage was $12,626 the same time last year, a year-to-year jump of 31 percent. Despite the significantly higher prices, people are still buying them and buying them at a more rapid pace. While 100,000-mile cars sat on the lot for an average of 37.7 days in June 2020, dealers only had to wait 30.5 days before getting rid of them last month. 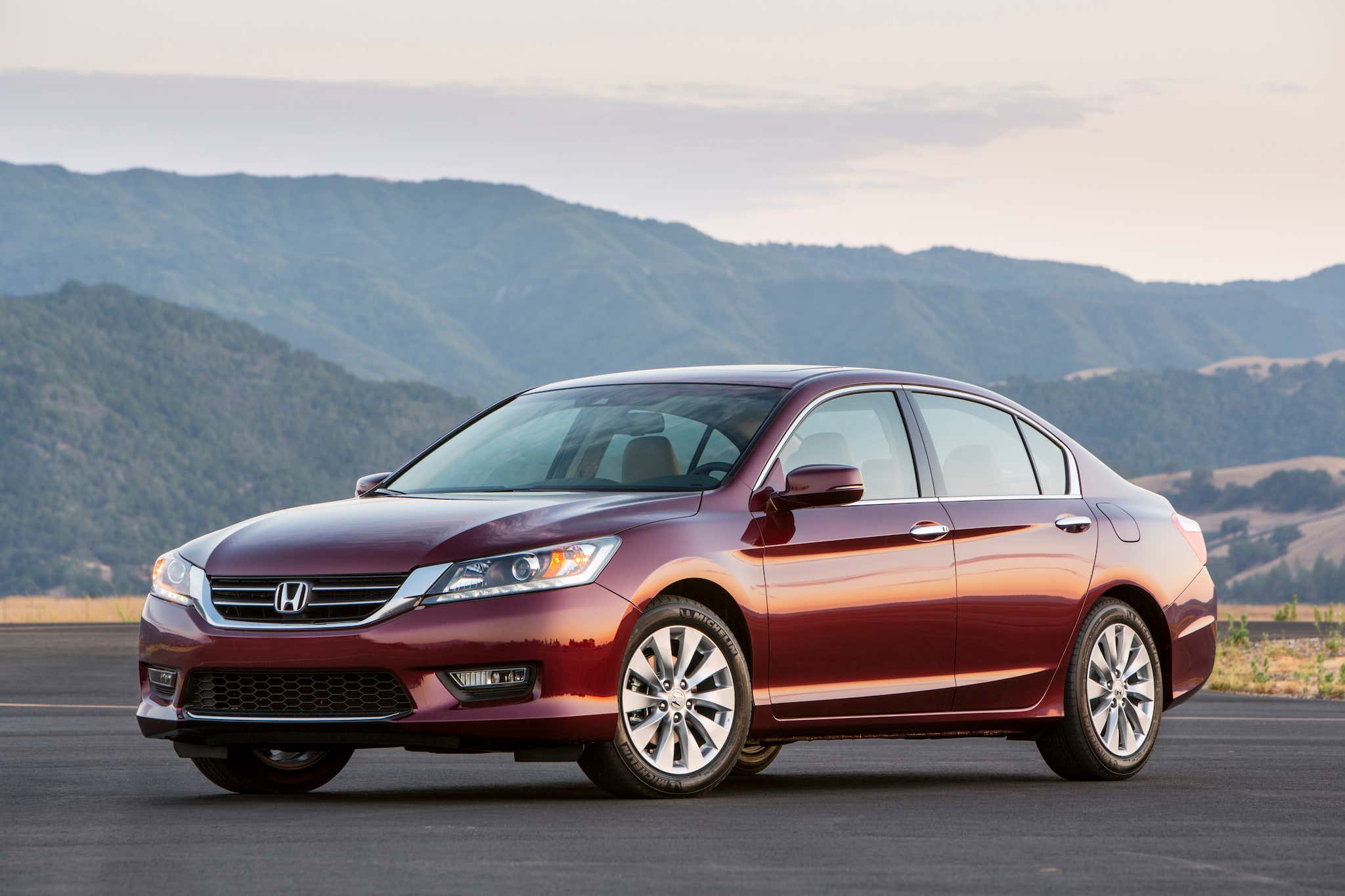 “It’s been a long-held belief among many car buyers and sellers that a vehicle’s value begins to decline dramatically once it crosses the 100,000-mile mark, but that’s proven to be wrong as vehicle technology and durability have greatly improved over the years,” said Edmunds senior manager of insights Ivan Drury. “The soaring demand we’re seeing in the used vehicle market right now only further debunks this myth: We’re seeing seven- to eight-year-old vehicles with more than 100,000 miles commanding prices today that are more like the cost of five-year-old vehicles with 60,000-80,000 miles a year ago.”

This “cars are lasting longer” theory is further supported by the fact that the average car on U.S. roads today is older than it’s ever been: 12.1 years old. Of course, a long-lasting car is still contingent on proper maintenance, which you can read all about here. 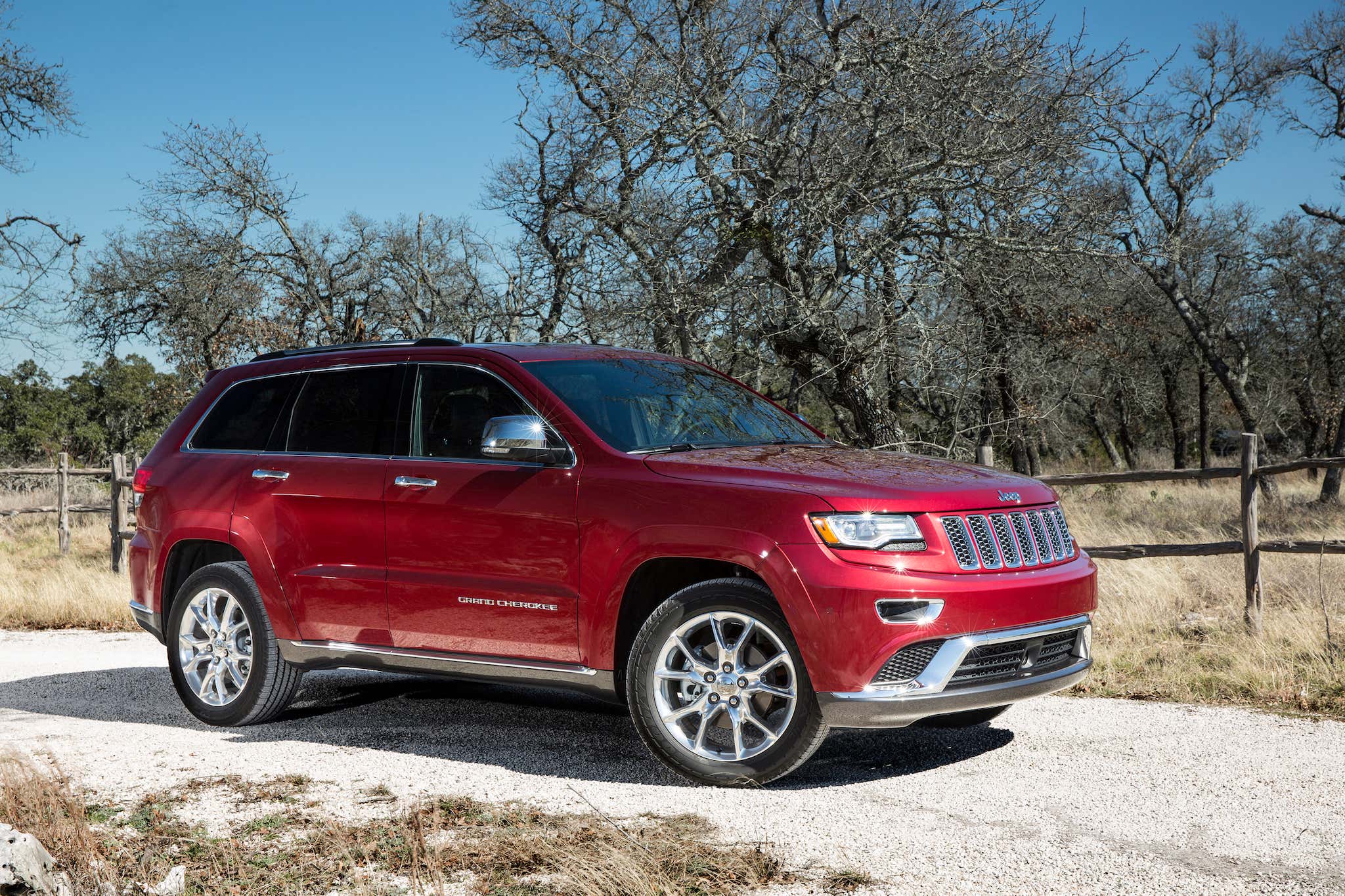 While the six-digit odometer cars are selling for more cash than ever, the specific vehicles being bought and sold apparently have not changed at all, with Edmunds‘ top ten lists of vehicles sold in this mileage area during July 2021 and July 2020 being completely identical.

Coming in at number one is the Chevy Silverado 1500 which, on average, took 30.8 days for a 6.6-year-old example to sell for $26,914 last month. (Coincidentally, new versions of the Silverado just surpassed the Ford F-Series in sales during Q2 2021.) Following the Chevy in used popularity are the Ford Escape and F-150, Honda Accord, Civic, and CR-V, Jeep Grand Cherokee and Wrangler, the Ram 1500, and the Toyota Camry. 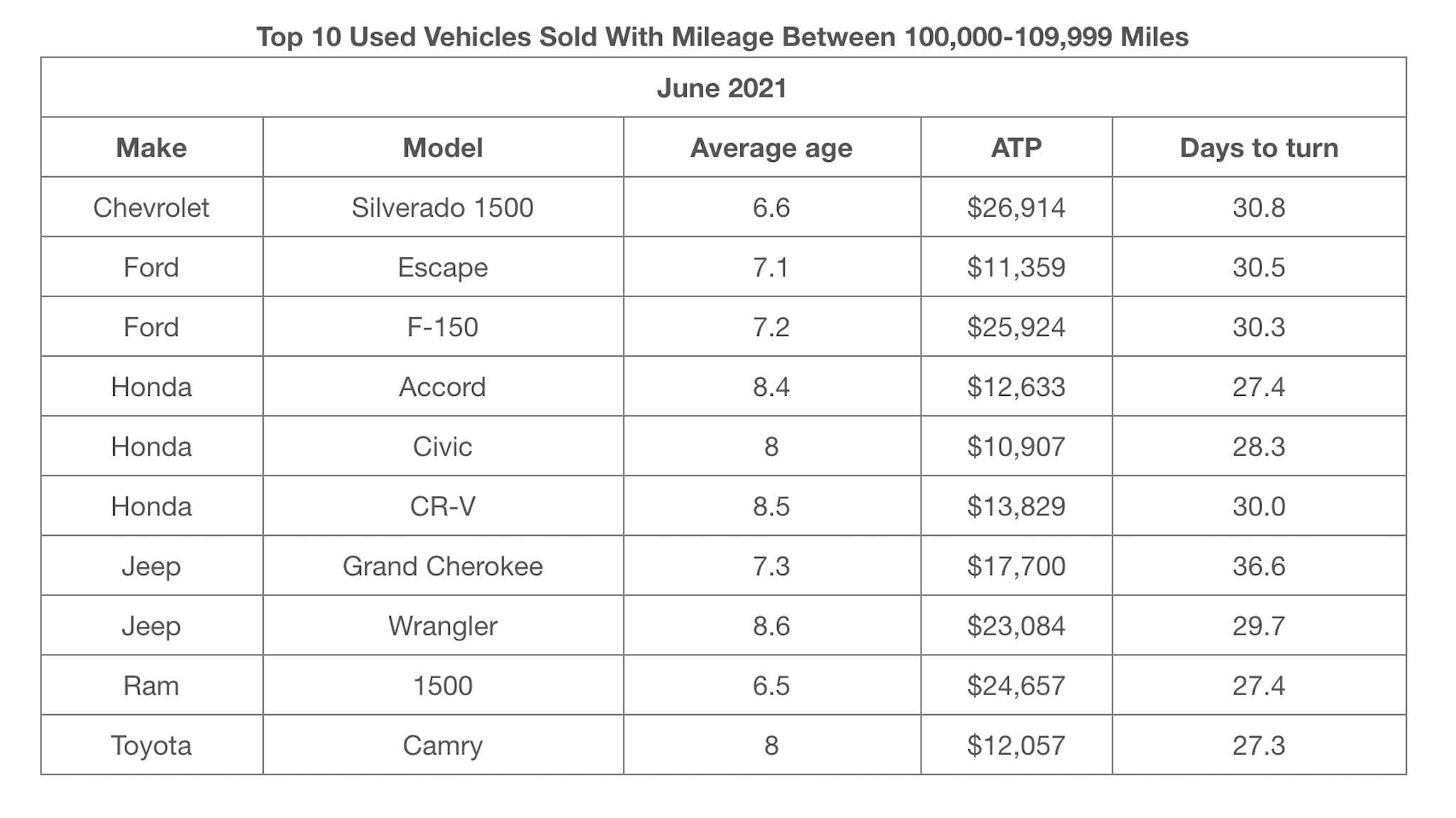 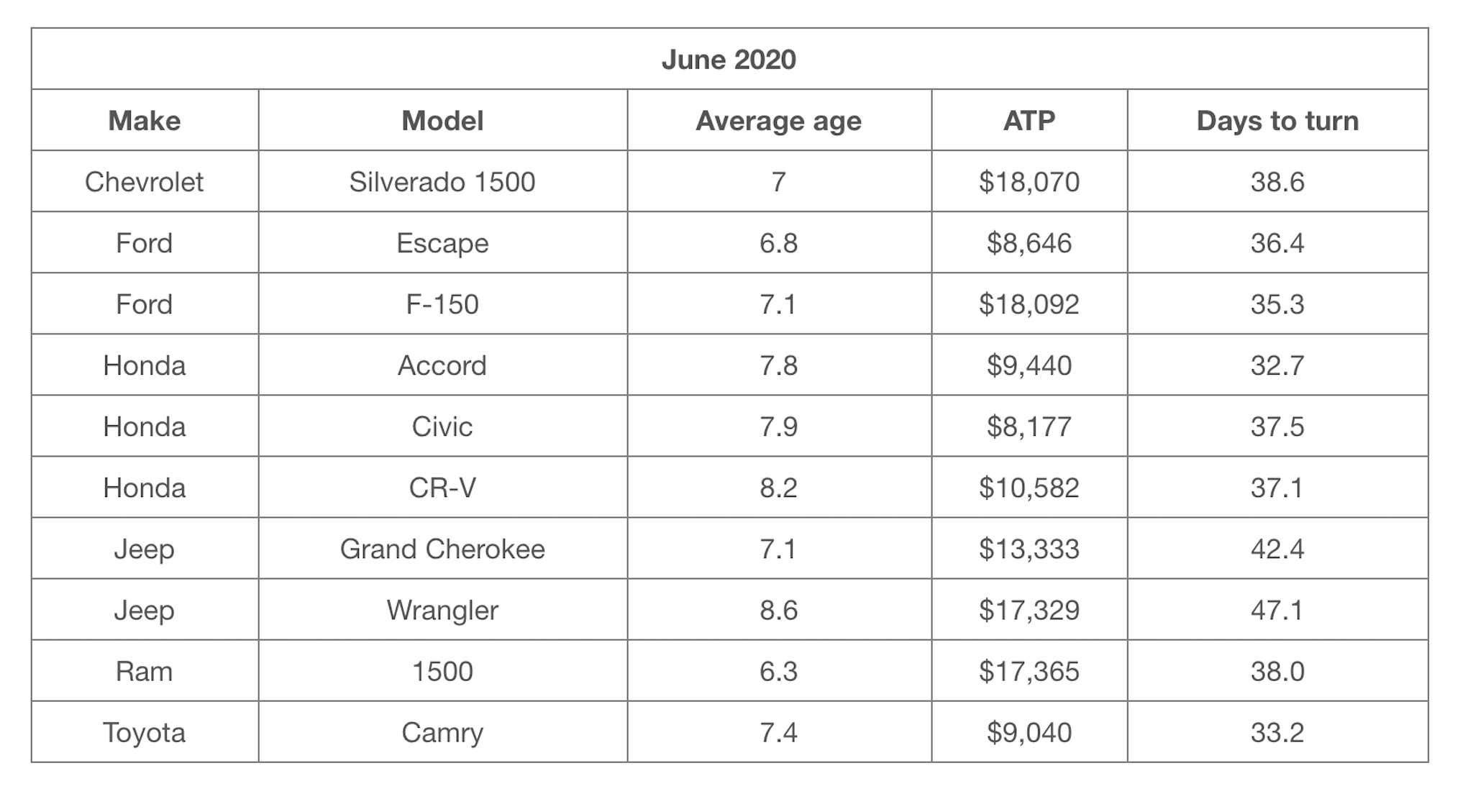 Moral of the story? If you’re the owner of a six-to-eight-year old American pickup truck, it’s probably worth more to a dealer right now than you think.