Even among eye-blasting concept cars at the 1989 Frankfurt Motor Show, the BMW 850i caused a disturbance in the Force. A wedge-shaped, V12-powered GT built for hurtling German executives between cities quicker than Deutsche Bahn, it was an innovation platform, a radical design study, and an emblem of the Bavarian carmaker’s ascent. Not to mention, the E31 8 Series leveled up from the aging 6 Series and made the Porsche 928 look like a stone tool from the Mesolithic period. 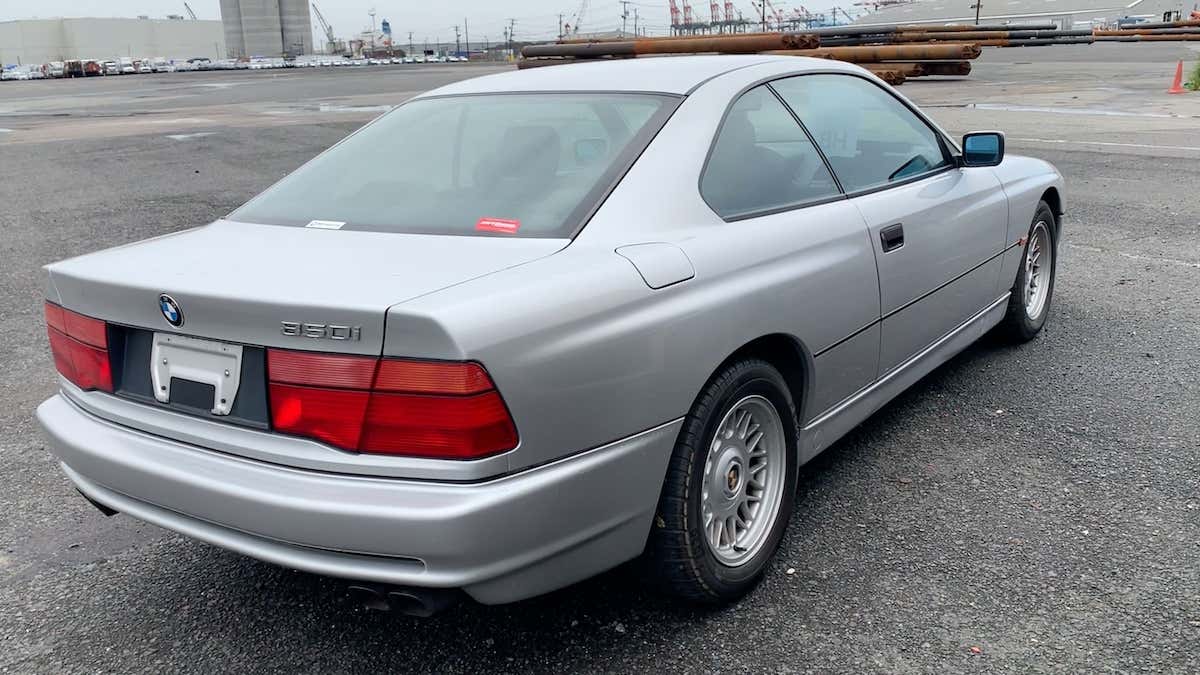 Our “Company Car” right off the boat.

Three decades later, the E31 8 Series stands as both an icon of 1980s techno-optimism and just a gorgeous late-20th-century GT design. More than a few of us here have wanted to own one, and an opportunity came a couple of years ago as The Drive was being reborn under new ownership in 2019.

In a sort of giddy celebration of having freed ourselves from the clutches of big media, we bought a Japanese-market, left-hand-drive 1990 BMW 850i—in the popular Stirlingsilber Metallic—through Japan Car Direct. Aaron the Intern (now Aaron the Project Manager) went to claim the fresh-off-the-boat 850i at Port Elizabeth. The rain was coming down in sheets (“fucking pouring,” he remembers), but the car’s bright silver paint popped amidst the leaden New Jersey skies (see top photo). We were in love. 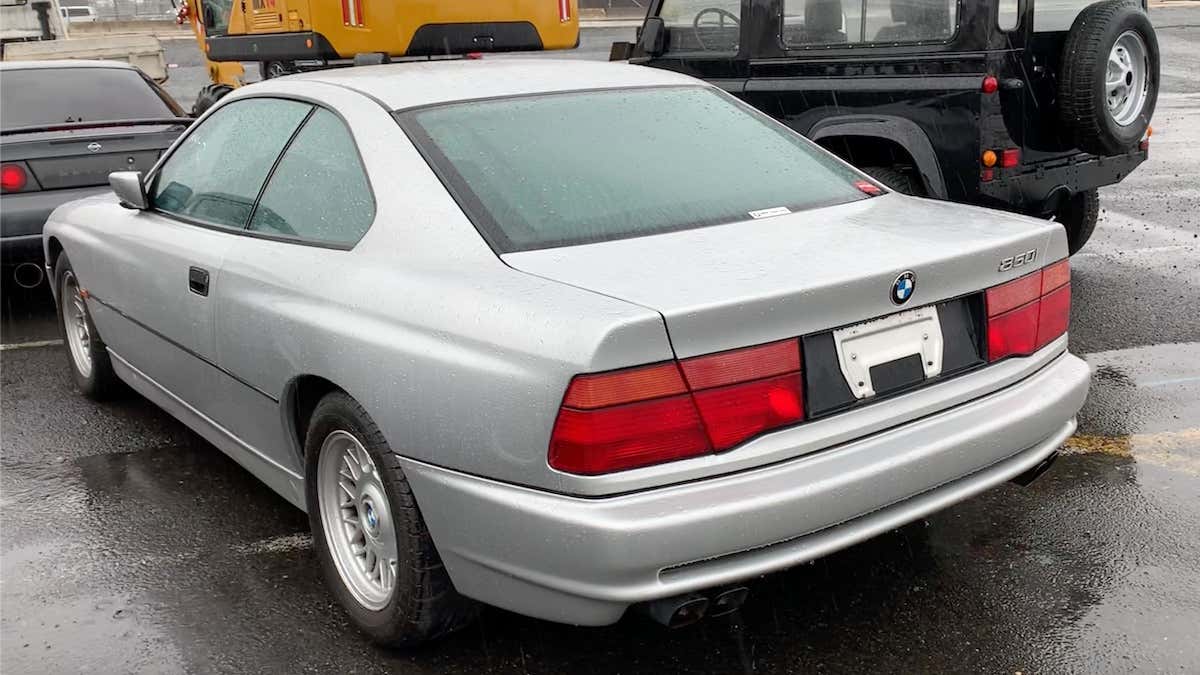 The silver 8 popping in the rain.

After an initial service and some rebuilt throttle bodies, we slapped on a set of General Tire D-Max meats (among the few modern tires that fit the 16” BMW Style 8 wheels) and hit the road. It was a smooth runner with brilliant long-distance road manners. It seemed we’d lucked out on a very complex old car we’d bought sight unseen, and whose entire service history was indecipherable to non-Japanese readers. 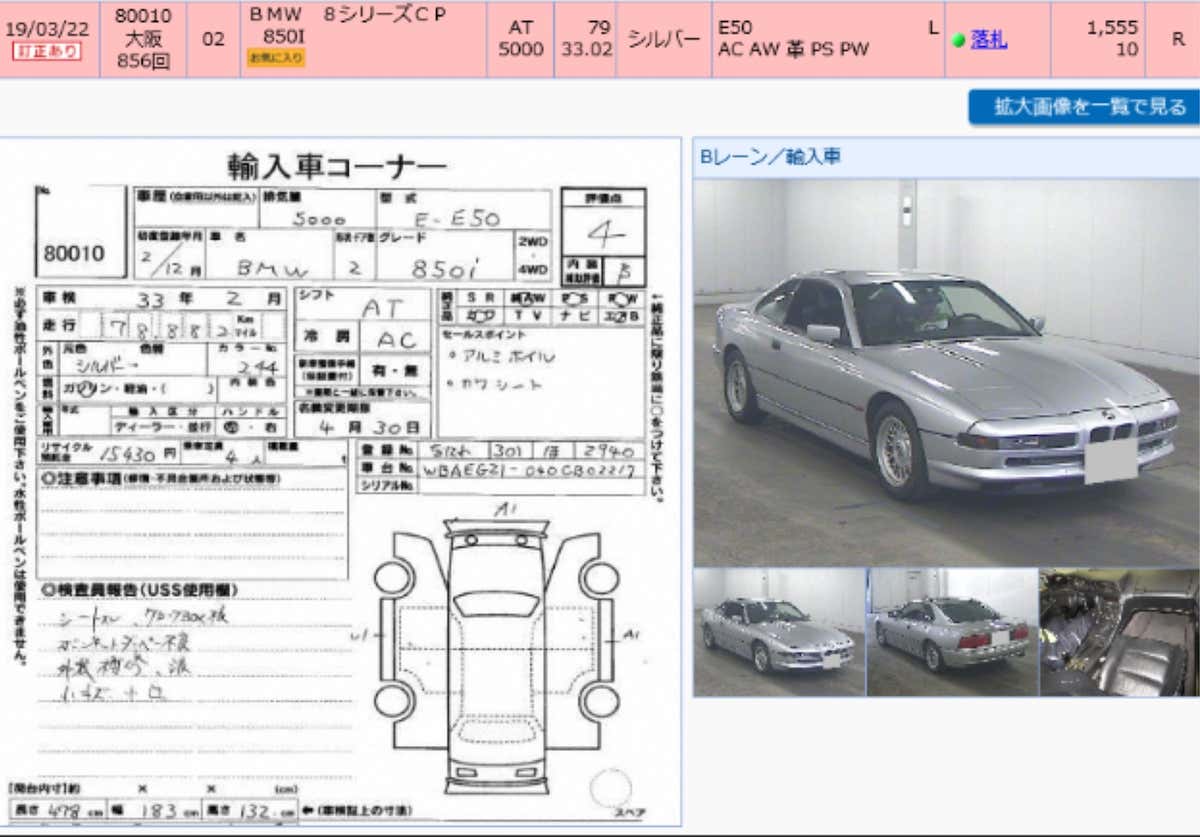 And then, with a website to run (and then another one on the way), life stepped in and we neglected the 850i company car. Eventually, the shame of it was too much to bear, and earlier this year we hatched a plan to revive it.

Our ally in #Project850i would be SpeedSport Tuning of Danbury, Connecticut, a shop you may know as the location of some popular AMMO NYC detailing videos with Larry Kosilla, with all the skills we’d need to revive the 850i quickly enough to get it into RADwood at the Greenwich Concours d’Elegance this Saturday, Oct. 23. 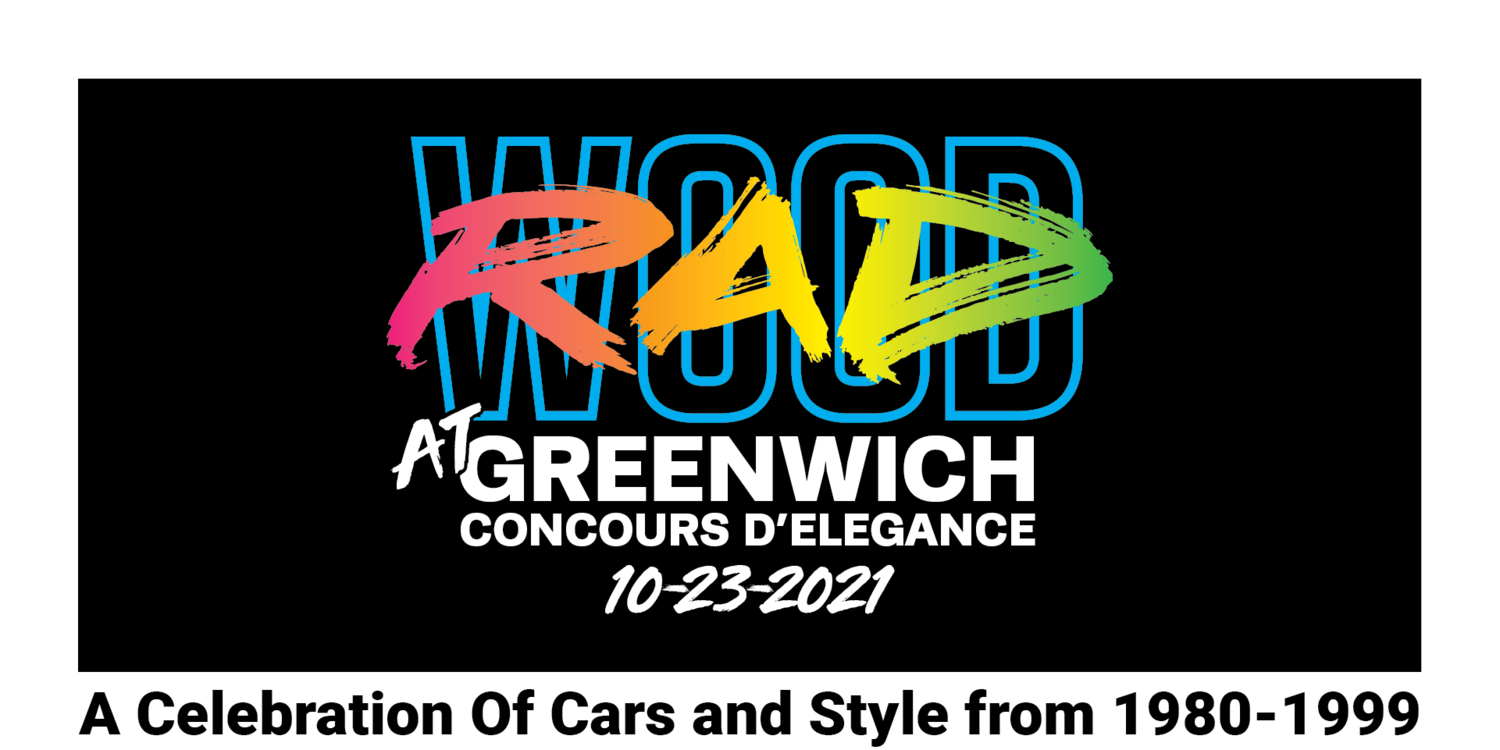 Like some TV hot-rod build squad under pressure to get a flathead-powered ’33 Ford ready for “The Auction,” this is our mission. We’ve found ourselves on a real deadline, with a car that’s bound to throw us more than one 1990s-era curveball. Here’s one: 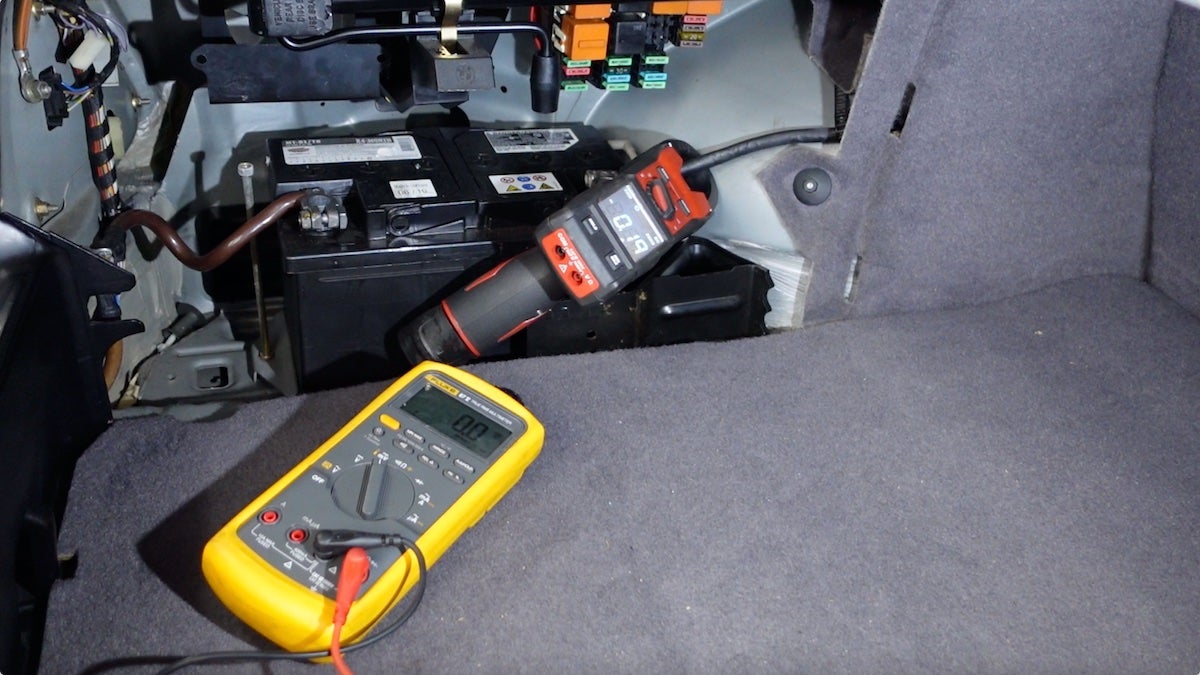 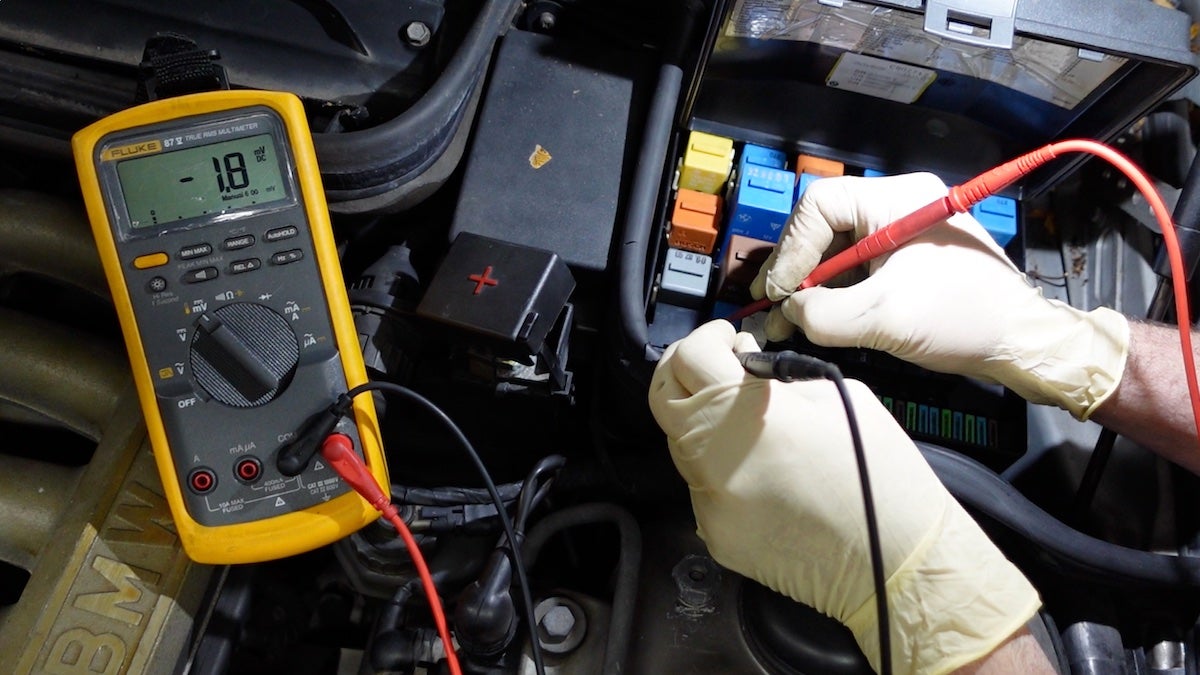 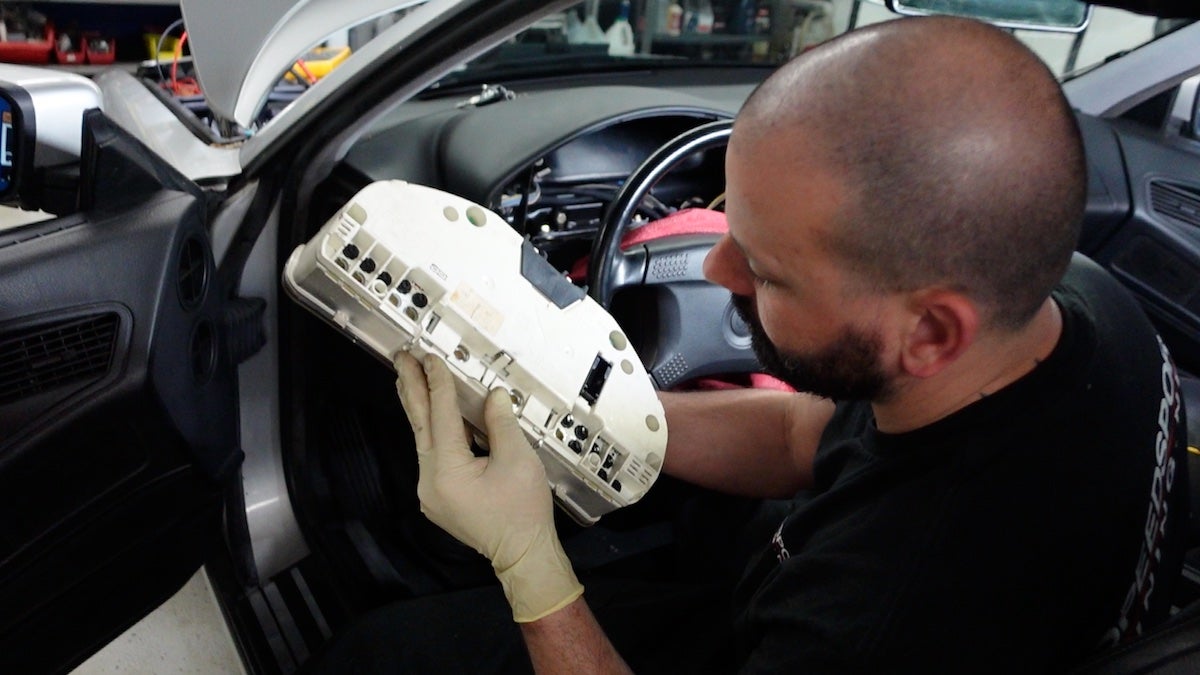 Show me a thirty-ish-year-old luxury car with period electronics, and I’ll show you a car with parasitic drain. (Editorial Director Patrick George had an ’80s 7 Series with the same problem and it “almost got him divorced.” Cars are fun!)

At around 16 minutes after garaging an 850i for the night, its computer goes to sleep, and its amperage draw drops from around 1-1.5A to the factory spec “sleep mode” draw of 50mA. Ours is a restless sleeper, drawing four times the milliamps as it should. After checking each circuit with a multimeter, and by process of elimination, we traced the draw to the instrument cluster. We won’t be able to get it corrected in time for the show, but our friends at North Hollywood Speedometer (no, not a 1979 Sammy Hagar album) say we can send it over and they’ll get its circuitry freshened up. All in all, it’s a win; such electronics gremlins aren’t usually as simple to weed out.

On the road, the E31 8-Series wasn’t a typical “ultimate driving machine.” Journalists dinged it for lacking the handling spark of other Bimmers in the lineup. They called out its steering feel, which Car & Driver deemed “loose and woozy,” a condition it seemed engineers tried to mitigate by increasing on-center hyperactivity. Still, the über-GT won points for smooth power and sophistication, bold styling, and supple ride quality, particularly with the optional active dampers. On balance, it was a hit. 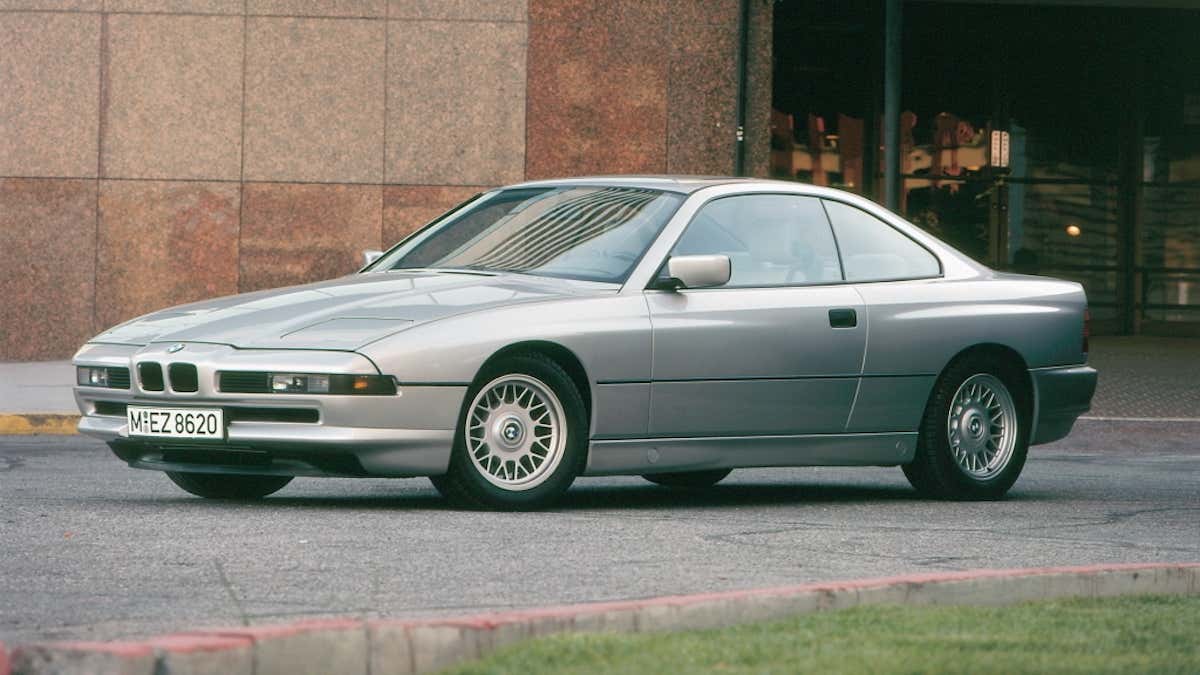 And then, because timing is everything, the whole exercise unraveled. A global economic downturn had wealthy car buyers steering through an oil shock, a banking crisis, and a creeping economic hangover from the supercharged 1980s. Two years after its introduction, 850i sales numbers fell by two-thirds. By the time production ended in 1999, BMW had sold fewer than 23,000 850i (and Ci) models and 10,000 or so V8-powered 840i units. The total number included around 1,500 of the highly prized 850CSi, which was as close to an M8 as BMW buyers were ever able to get their hands on. (The true, carbon-fiber-rich M8 prototype still sits in the M division’s vehicle archive.)

The good news is that 850/840 owners tend to stick together and share knowledge, and there’s a ton of preservation and restoration wisdom in that crowd. (And Bob Jablonski, if you’re out there, see you in the comments.)

We’ll see you in Greenwich on Saturday. What’s next for #Project850i after that? We’ll see. Stay tuned.

Carlos Sainz is still the ‘same Carlos, but just doing it for Ferrari’ these days