The 1994 Dodge Viper RT/10 is a paragon of machismo energy. There are other, arguably more masculine cars, of course—the Porsche 911 has a clientele made up almost entirely of men. The Mustang became an icon of male virility thanks to the man’s man, Steve McQueen, thrashing one through the streets of San Francisco in Bullitt.

But the RT/10 goes beyond being preferred by men; this car has a gender, and it is a frat bro. The bulging hood, the pulsating burble of the 8.0-liter engine, the infamous self-centered lack of care for anyone including bystanders or occupants—it radiates masculinity. And not the healthiest kind. 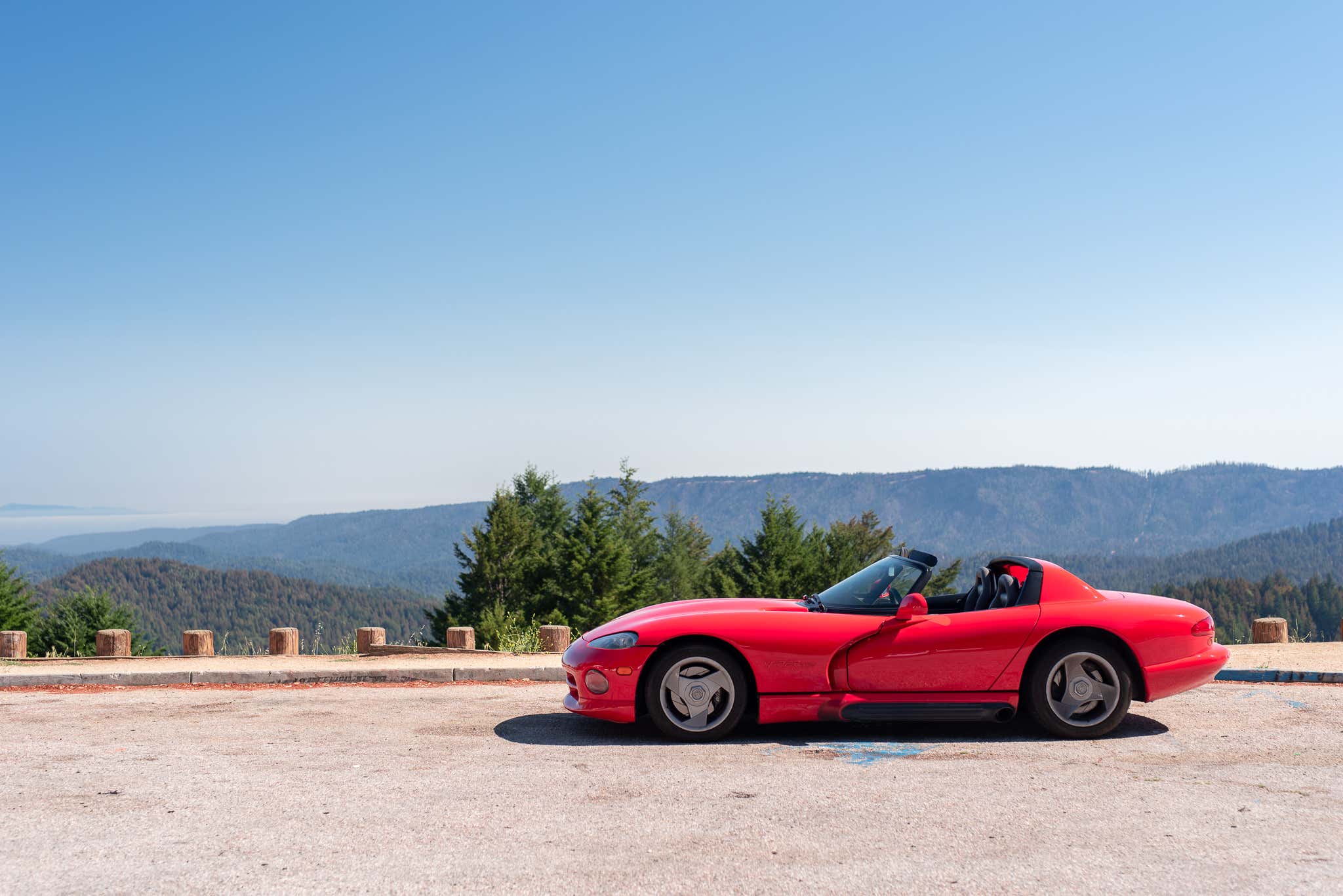 Understand It or Get Out

The Viper really is almost stunningly one-dimensional in pursuit of this image, too. Most domestic muscle cars seek a lowest common denominator of appeal to ensure high take rates and solid margin, but the Viper—especially this, the first-generation RT/10—eschews that. It offers nothing but power and a healthy dose of intimidation. Dodge’s entire development and sales strategy, as far as I can tell, was to sculpt the most phallic fiberglass possible around its massive, Lamborghini-developed V10, wrap the whole package up in calf-melting side pipes, and dare all would-be buyers to tame it. There is no attempt to lure in people to whom the car does not appeal. Either you understand it or it’s not for you.

And even more polarizing than rudimentary chassis design and the absurdly overkill motor is the lack of safety features. The first-generation Viper has been renowned since its inception as a car that simply does not care about you. We all know the spiel: No traction control, no ABS, no airbags (too much weight!), no stability control, hell, no side windows. You get 400 horsepower sent to the rear wheels, 465 pound-feet of torque at just a touch over 3,500 rpm, a T56 six-speed to attempt to channel it to the pavement, and a prayer to survive. This car is practically custom-built for the few lunatics that took the “no airbags—we die like real men” bumper stickers as a challenge rather than a parody. 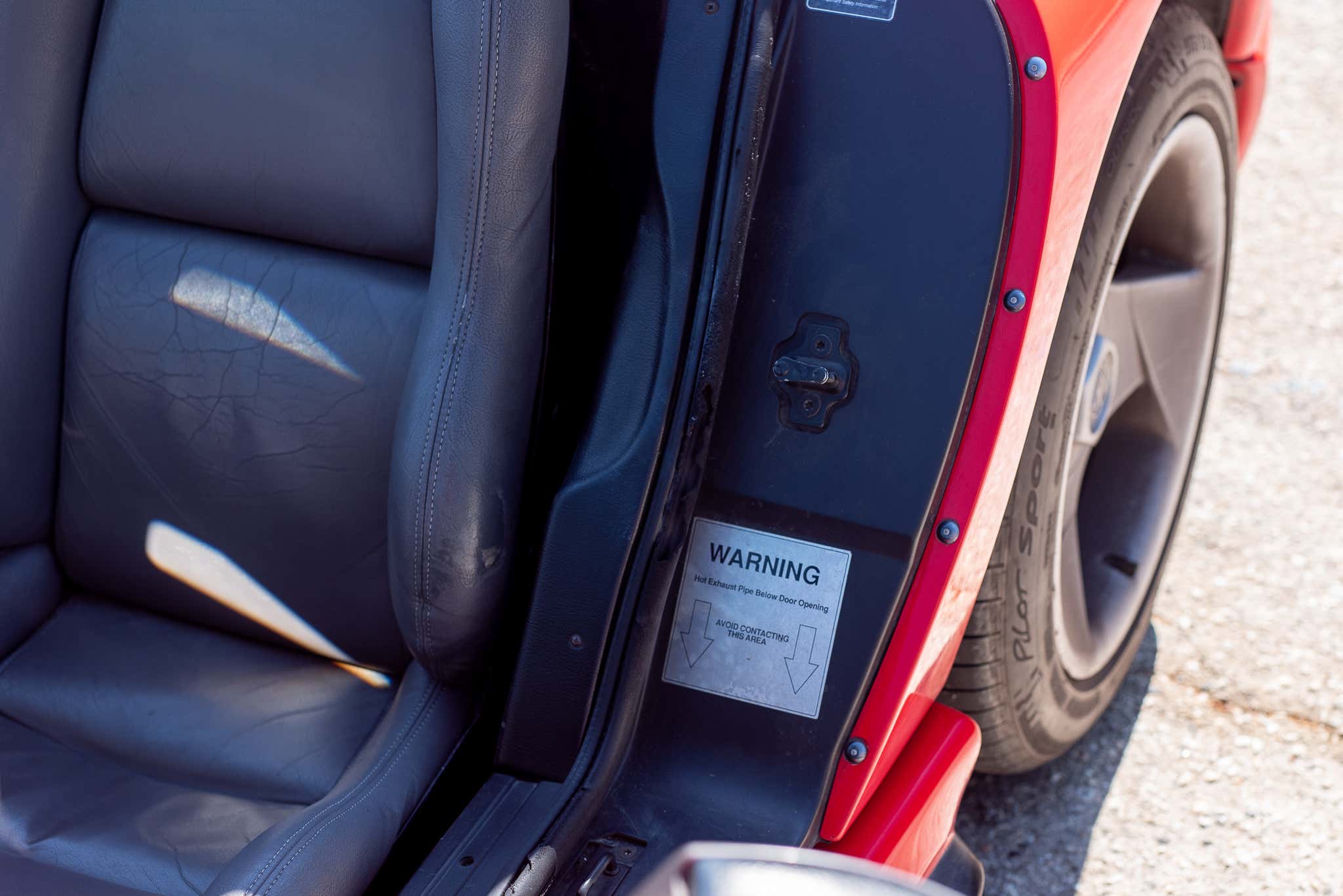 And the fabled, murderous nature of this car became a lot less of a storybook tale when it finally loomed over me in person, the keys trembling in my fingers.

First, of course, the door sills warn you that yes, the engineers realized the car will burn you. This isn’t something Dodge overlooked; it’s part of the deal with driving a factory hot-rod, and we do hope you have long legs or tough calves. When I finally coaxed my shaking hands to turn the key and grip the wheel, it didn’t quite roar to life. Sure, the exhaust was running mere inches from my feet, and I could feel it reverberating through the cabin and the plastic dash—but it was surprisingly quiet. Fear still gripped me. I am by no means a professional driver, and I didn’t want this to become my ostentatious coffin, as I was warned it would be if I wasn’t careful. 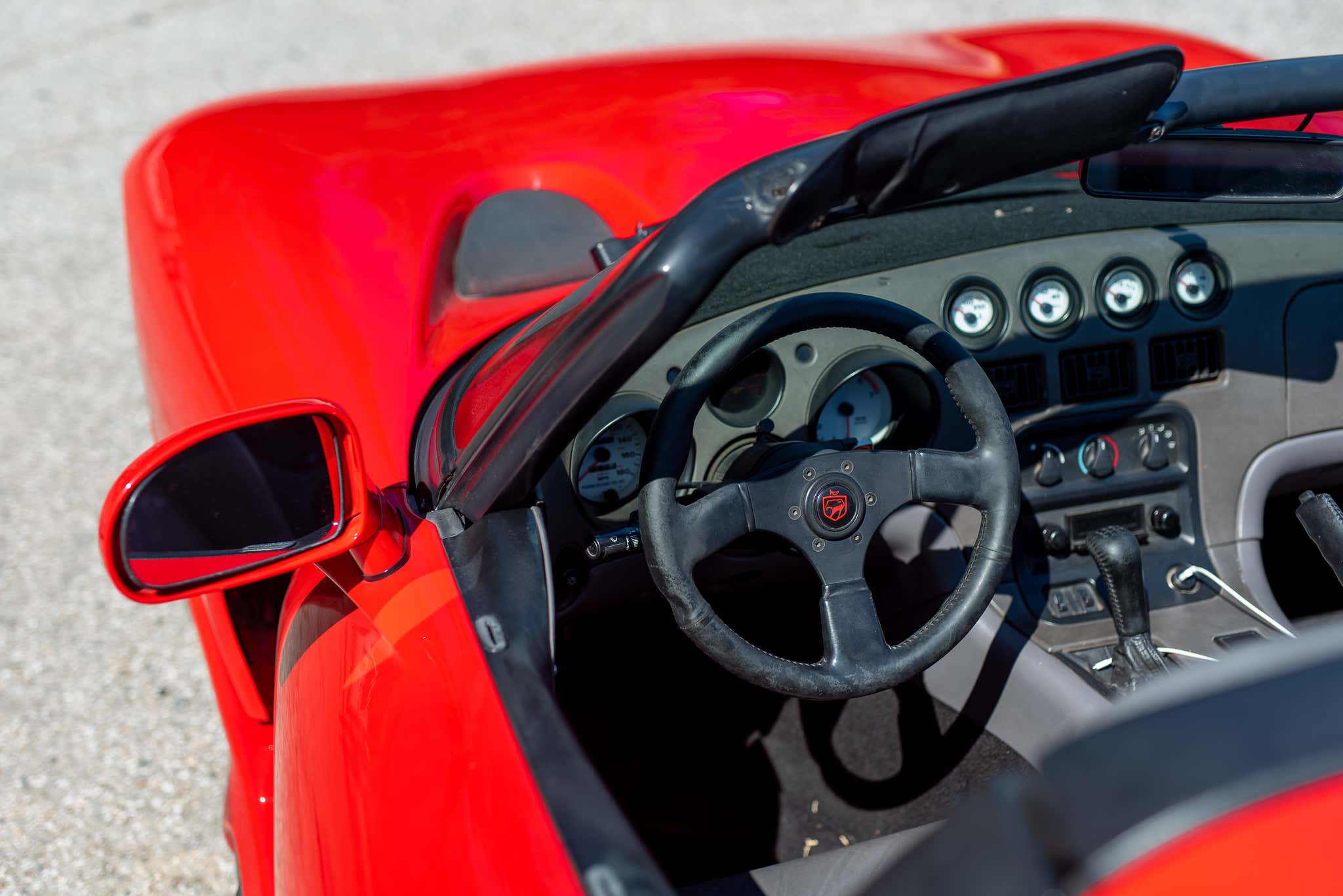 But as I worked my way through a suburban neighborhood, where I tried my absolute best to be as respectful to people who likely did not purchase a home with the intent of having their windows shaken at breakfast by an idiotically powerful and violent V10, I found myself pleasantly surprised at the lack of shouting neighbors. It’s not exactly a silent EV, but it’s possible to at least try to be polite, which is more refined than the cockpit’s 300-esque level of spartan design led me to expect. 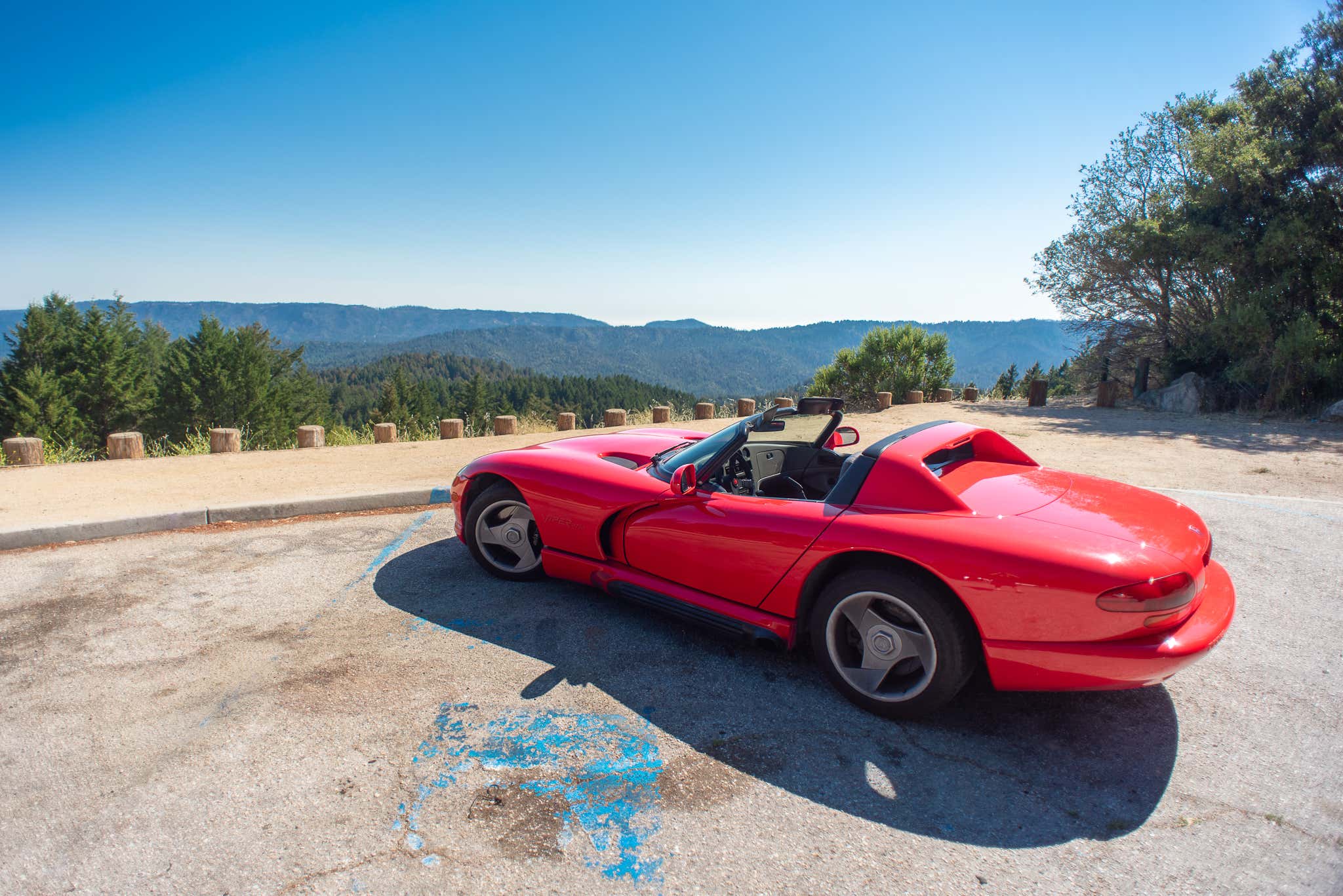 I began to wonder—has the mythology exceeded what the Viper is truly capable of? But I found out very rapidly—no! I turned out onto the main road, gingerly put it into second gear with a truck-like throw of the T56 crammed between me and the car’s owner, floored it, and yeah, it could absolutely kill me.

At 3,000 rpm, like clockwork, I felt the rear end begin to step out, but for some reason, I didn’t take my foot out of it. I felt the irresistible urge to keep going—to control it. The tachometer’s needle continued to sweep rightward: second gear lasted longer than my life had up to that point. I kept my foot down until the cluster was a blur as the wind made my eyes tear up, slammed in the clutch, threw it into fifth, and exhaled.

I survived first contact, and I was hooked. And throughout my test drive, I stabbed at the pedal again and again, playing chicken with the V10. I was intoxicated with the surge of torque and raw emotions that a simple gas pedal had brought out in me. 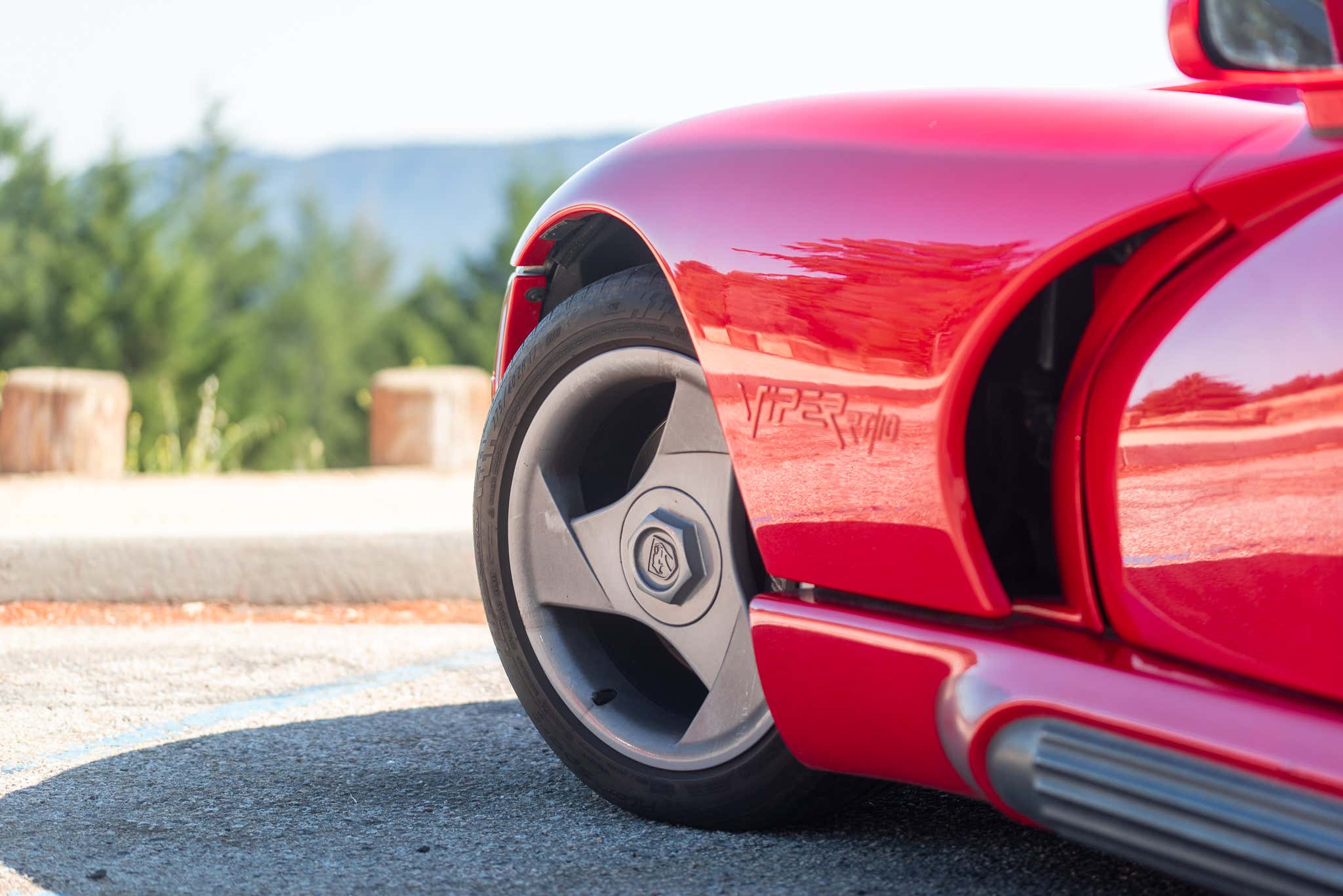 Normally, this is where I would review the handling of a car, but there is none to speak of in the Viper. It handles like you would expect from a truck-engine-based-V10-powered tube-frame parts-bin ’90s Chrysler: poorly. If you turn and look at the gas pedal while doing it, you die.

NVH at full throttle seems like Dodge was shooting for a high score. The pedal box is way too small and positioned as far to the left as they could cram it to make room for the massive transmission tunnel. The temperature gauge flirted with overheating every time I hit a red light. Putting up the roof is a 20-minute, herculean ordeal and the soft top is hilariously unusable, turning the airy cabin into a canvas-and-plastic shrinkwrapped coffin. The comically short windshield comes up to my eyebrows. Bring a lot of hair ties.

There are more flaws; you get the idea by now, I think. It’s objectively a very uncomfortable car to drive. So why did I still enjoy it? 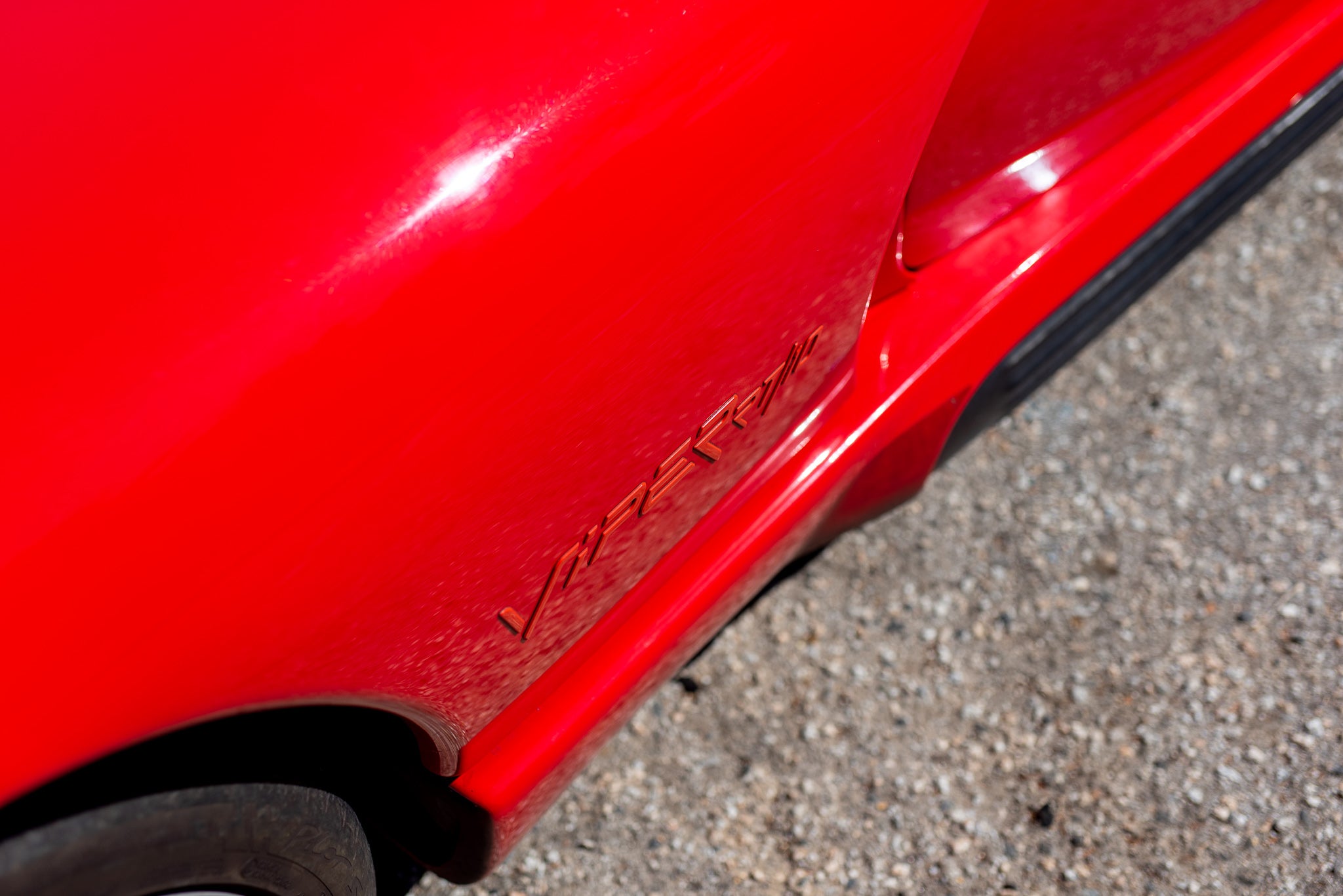 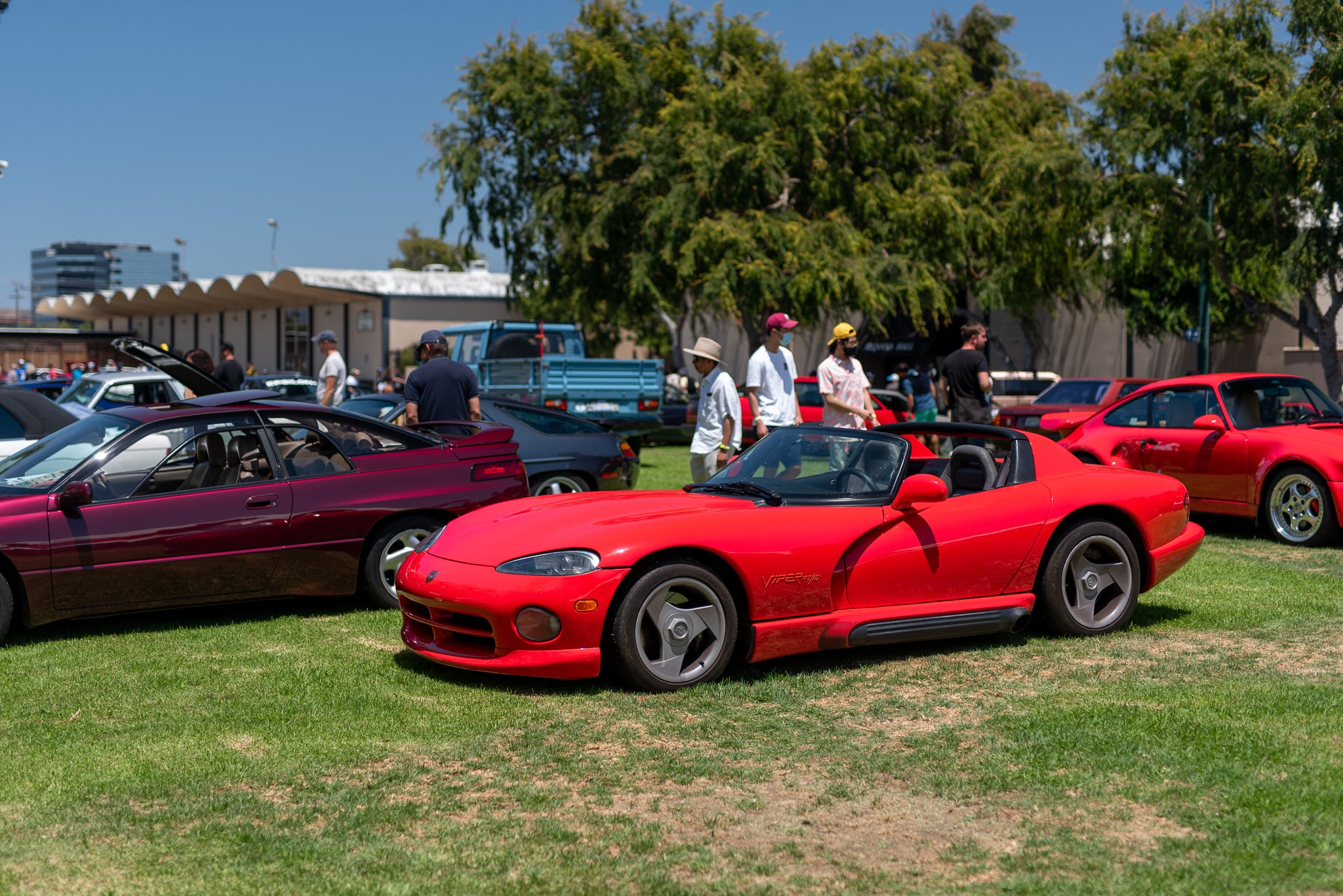 The Viper and I

Even with a laundry list of gripes, I still found myself taken in by Dodge’s testosterone-addled roadster. It is genuinely fun to floor it in such a wild car, yes, but this was a strange situation for me to find myself in, given who I am and what the Viper is.

I have spent a lot of time examining masculinity as both a concept and a practice, and it does not work for me, a trans woman. The pill bottles full of little blue ovals I swallow daily to offset the Leydig cells I was cursed with from birth are a testament to that. I know from experience that self-destructive behavior is a cry for help, not a sign of strength, and this car is begging to immolate itself and all stupid enough to sit inside with a three-pedal dance into a concrete k-rail. The men I admire are more Fred Rogers and less Tyler Durden, but without careful throttle control—or self-control—this car would threaten to bring down a skyscraper, and the driver along with it. In short: If there was a personified target buyer for the Viper, I am the opposite of them. 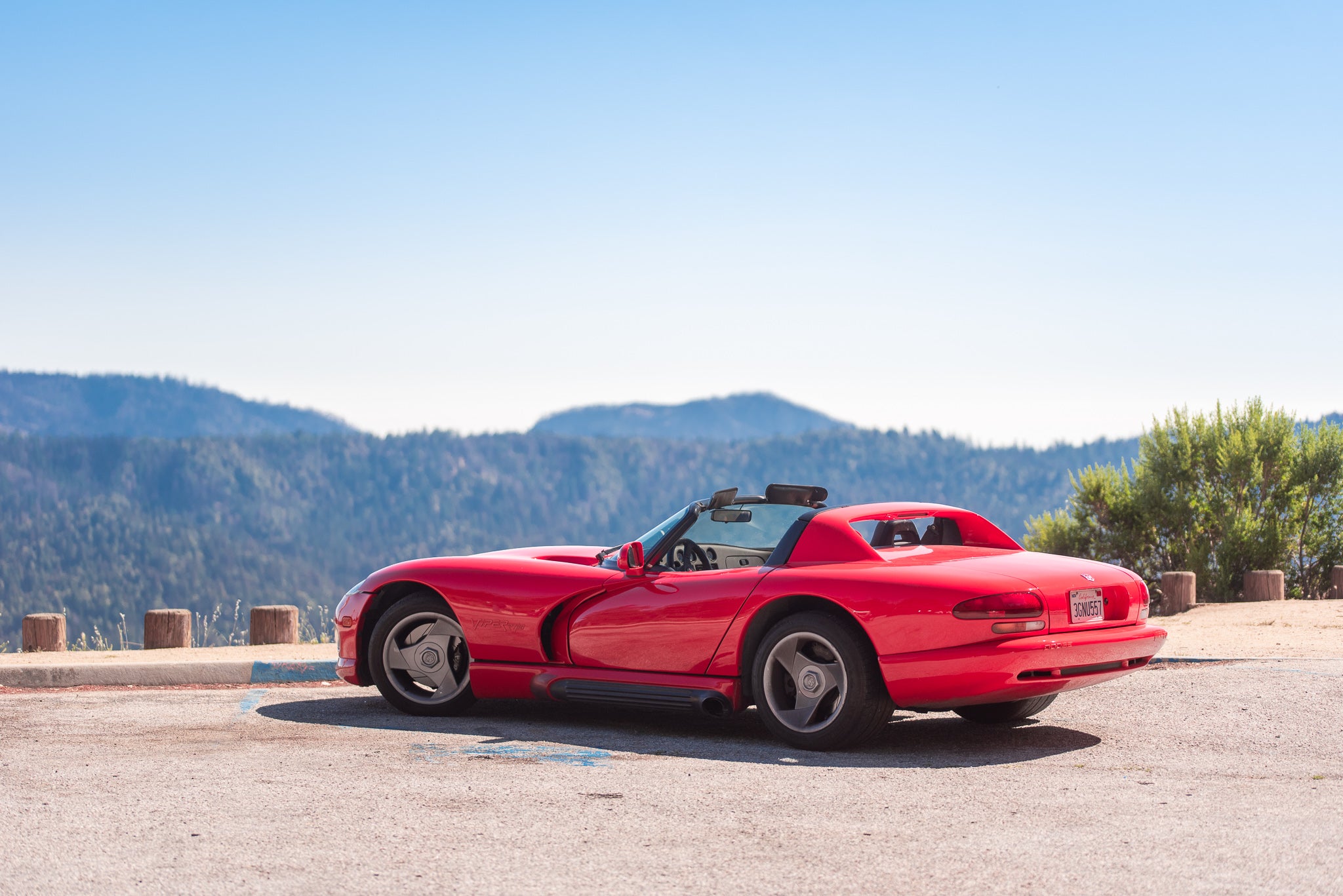 But this car offers the one thing my life could not for the longest time: the opportunity to accept masculinity, face it in the eye, and assert control over it. Unlike when the societal roles I was born into threatened to steamroll me into submission and made me feel powerless, the RT/10 offered a dangerous tango, but one that I am still a member of, rather than a helpless bystander. It is a powerful force given form, but my right foot is ultimately the final arbiter of whether the car flirts with disaster or we survive. It is only as self-destructive as I allow it to be.

That is why the Viper works so well for me. It is masculinity, personified, but gives me the autonomy to face what scared and scarred me. I stepped out of the cockpit having confronted—and tamed—it.

Got a tip or another older car you want to see us review? Send a note to [email protected]