Topline: Mercedes-AMG is giving its bespoke two-door GT range a facelift for 2019 that includes subtle styling tweaks and a much techier cockpit.

What’s New: At first glance, not much. AMG nerds, however, will spot new headlights, darker taillights, a slightly different rear diffuser, unique exhaust tips, and a new selection of wheels. 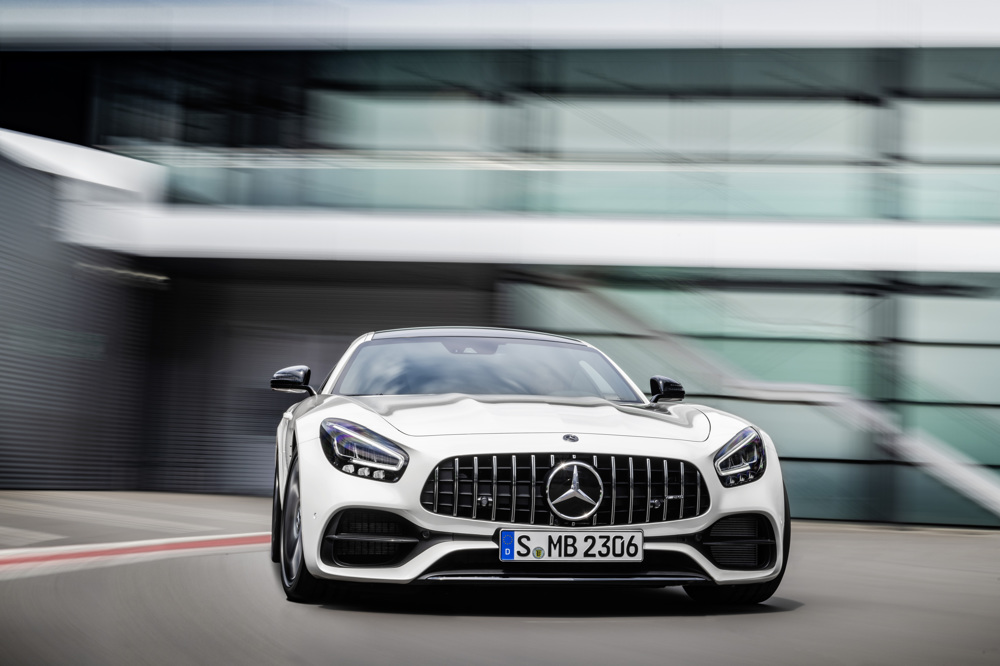 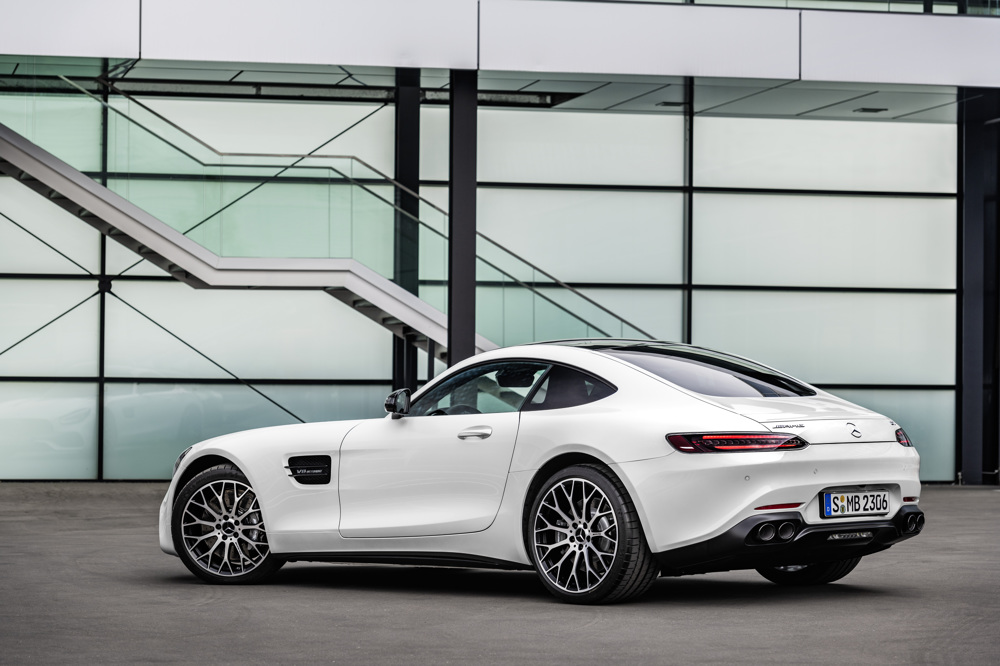 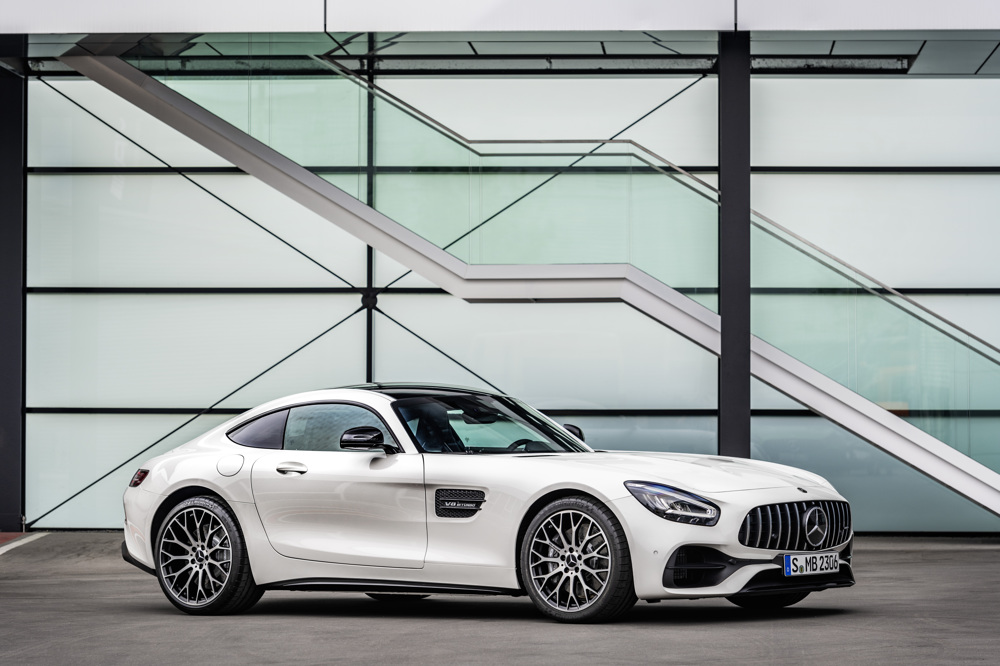 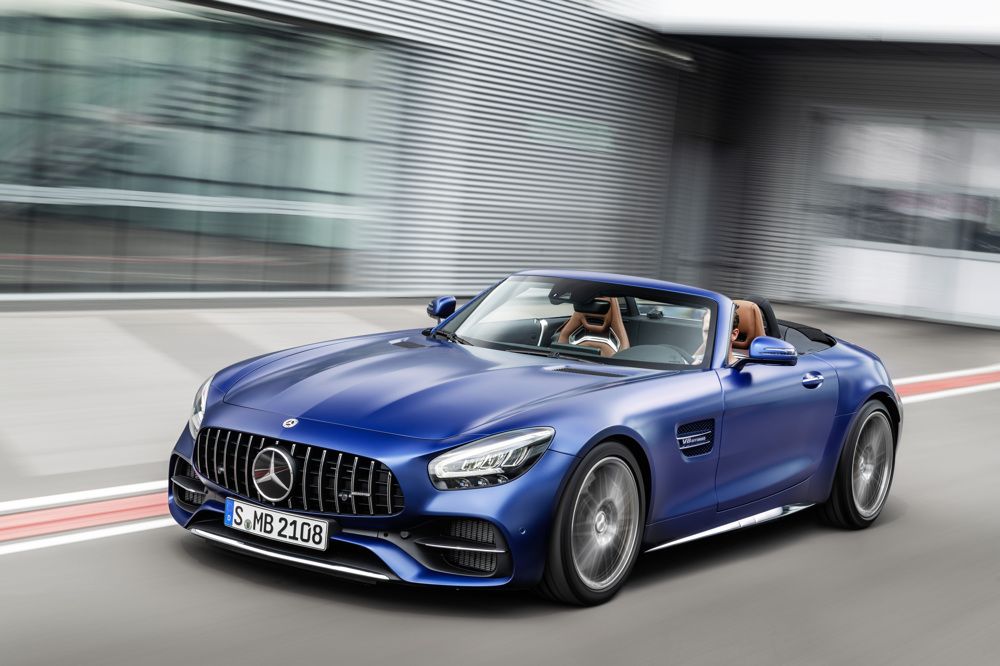 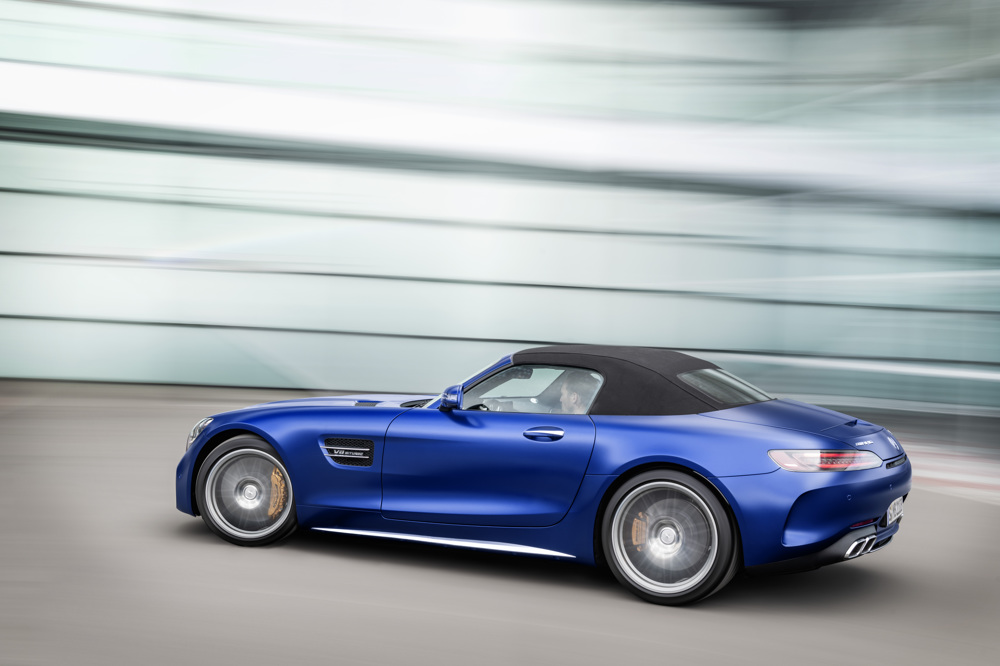 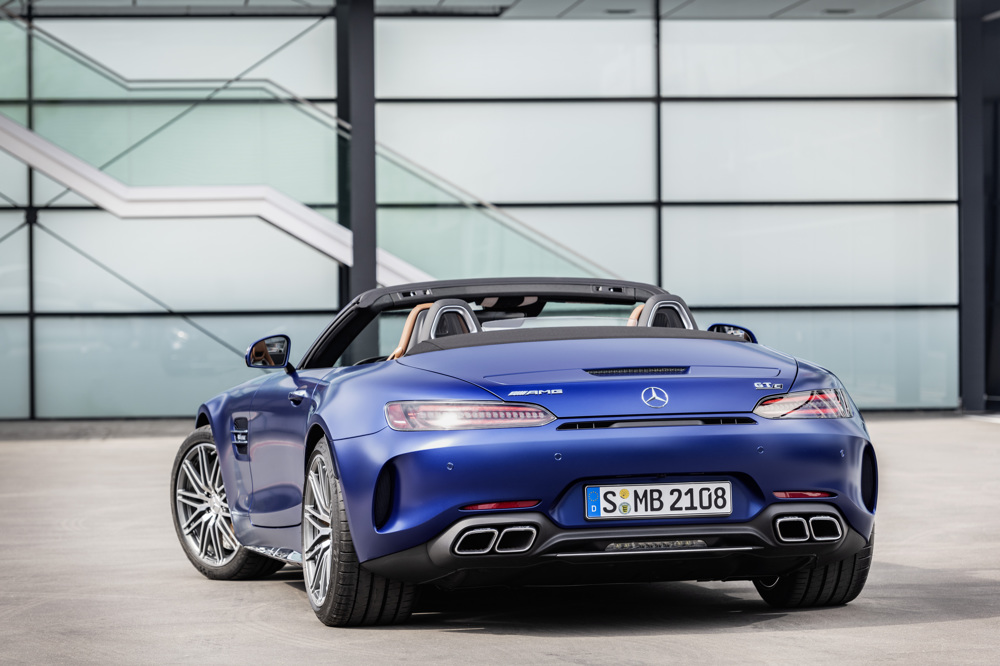 Behind the wheel is where the bulk of the revisions can be seen. On the inside, the German coupe now gets a fully digital gauge cluster, eschewing traditional, analog dials for a 12.3-inch screen. Like on other Mercedes products, the instrument display can be changed between Classic and Sporty themes. The new GT, though, debuts a Supersport mode which throws up a set of motorsport-inspired shift lights that tell the superkeen driver when to change to the next gear of the car’s seven-speed dual-clutch transmission.

The infotainment screen perched on top of the center console has grown to 10.25 inches. 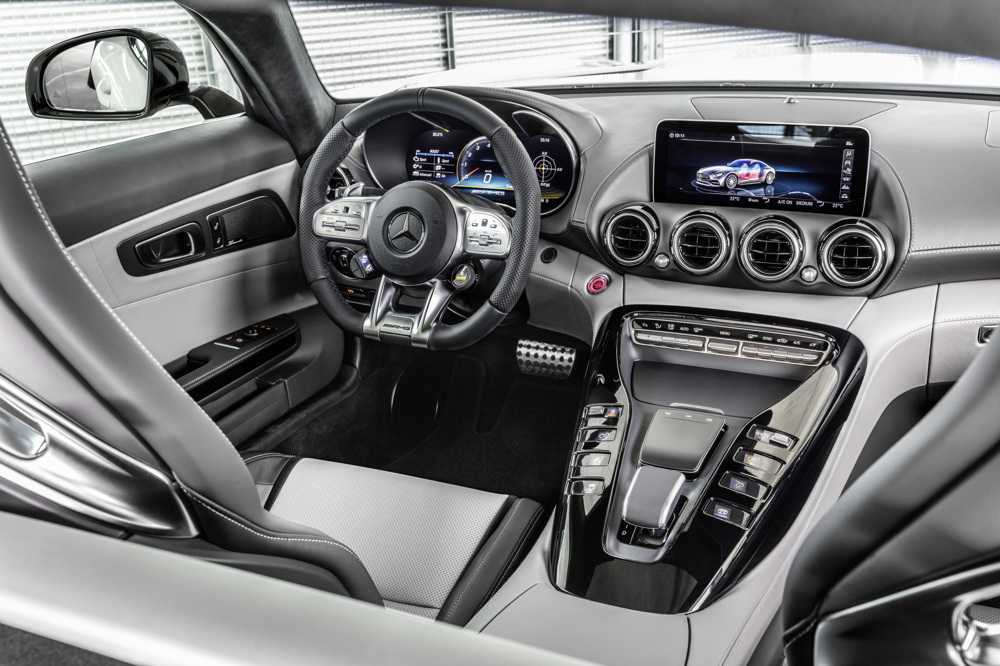 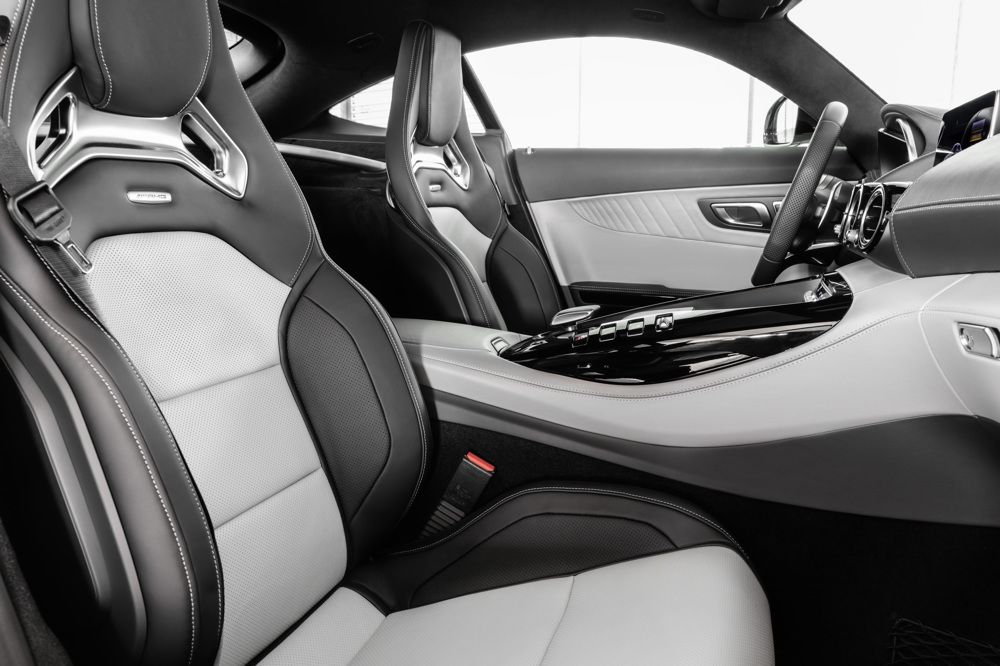 Merc hasn’t stopped the with the screen-related additions, though. All versions of the AMG GT now get a new, flat-bottomed steering wheel featuring a couple of nifty switches underneath the left and right spokes. On the right is a circular drive mode selector—similar to the ones popularized by Ferrari and now found in many Porsches—that digitally displays your currently selected drive mode. On the left are two configurable buttons that can be programmed to any “AMG functions” of the driver’s liking and, you guessed it, doubles as a tiny screen that displays exactly what each button is currently configured to do.

Mechanically, the GT is largely unchanged. However, the company says the car is now more agile thanks to, believe it or not, software. “AMG Dynamics” uses sensors to monitor the vehicle’s speed, steering angle, and yaw rate and can predict the driver’s next move before he or she has made it, reacting accordingly. This apparently results in better grip and dexterity in the twisties.

Quotable: “The AMG GT embodies the core of our brand, ‘Driving Performance,’ in a unique way,” said AMG boss Tobias Moers. “At its debut four years ago, it not only turned the heads of customers and sports car enthusiasts but also created new dimensions in the competitive environment. In order to continue this success story, we have now equipped it with numerous innovations from the AMG GT 4-Door Coupe.”

What You Need to Know: As before, the Mercedes-AMG GT is powered by a 4.0-liter, biturbo V-8 making 469 horsepower and can get from zero to 60 miles per hour in 3.9 seconds. The GT C, meanwhile gets boosted to 550 horses, resulting in a 3.6-second sprint to 60. The hardcore GT R gets 577 horsepower as well as a bevy of track-ready upgrades to make the German coupe angrier than it already is. 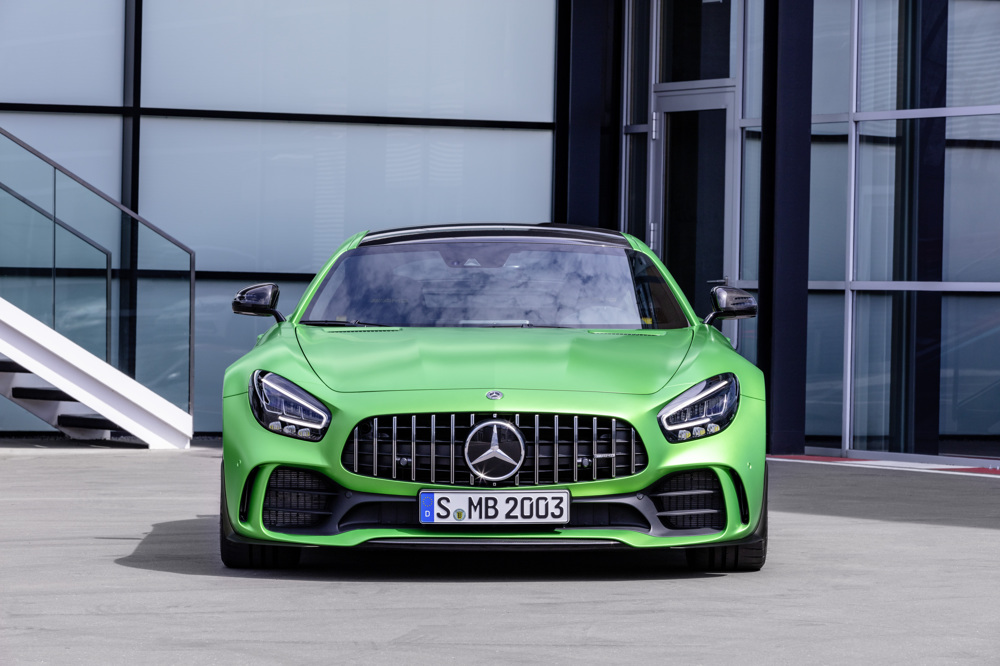 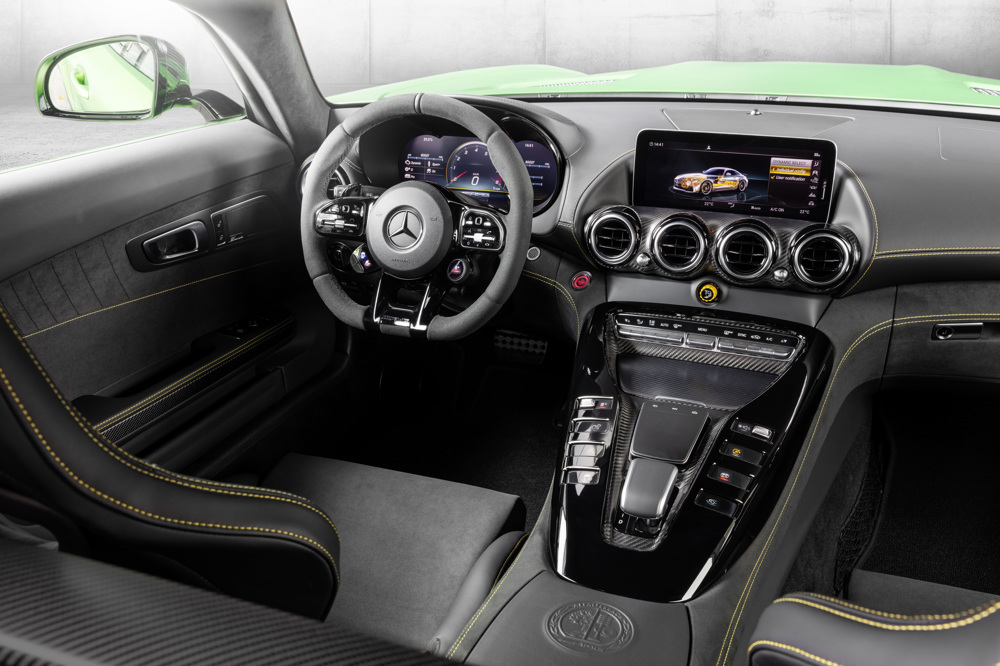 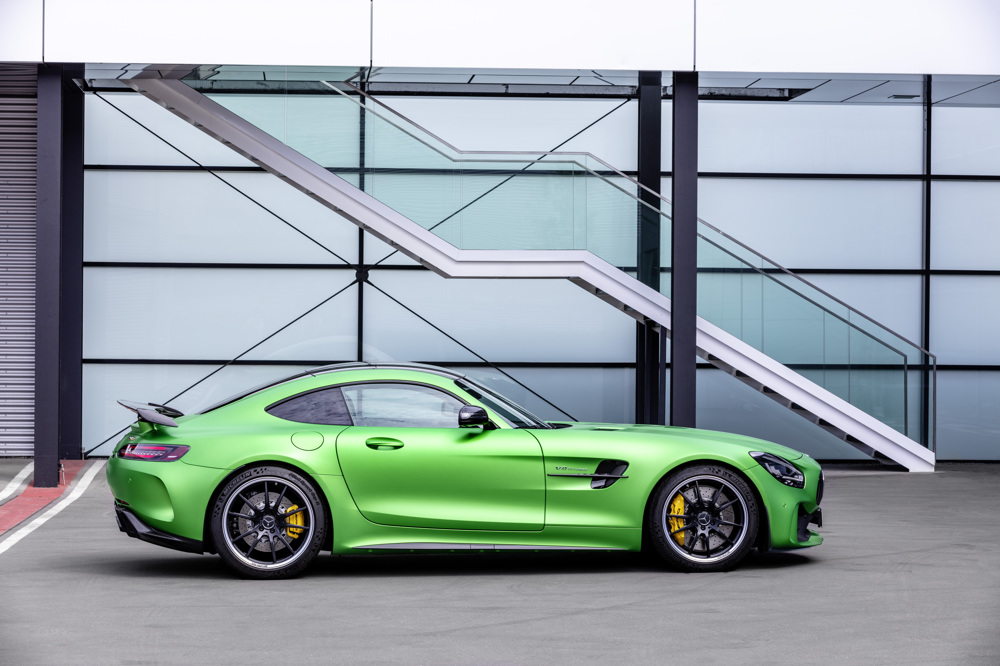 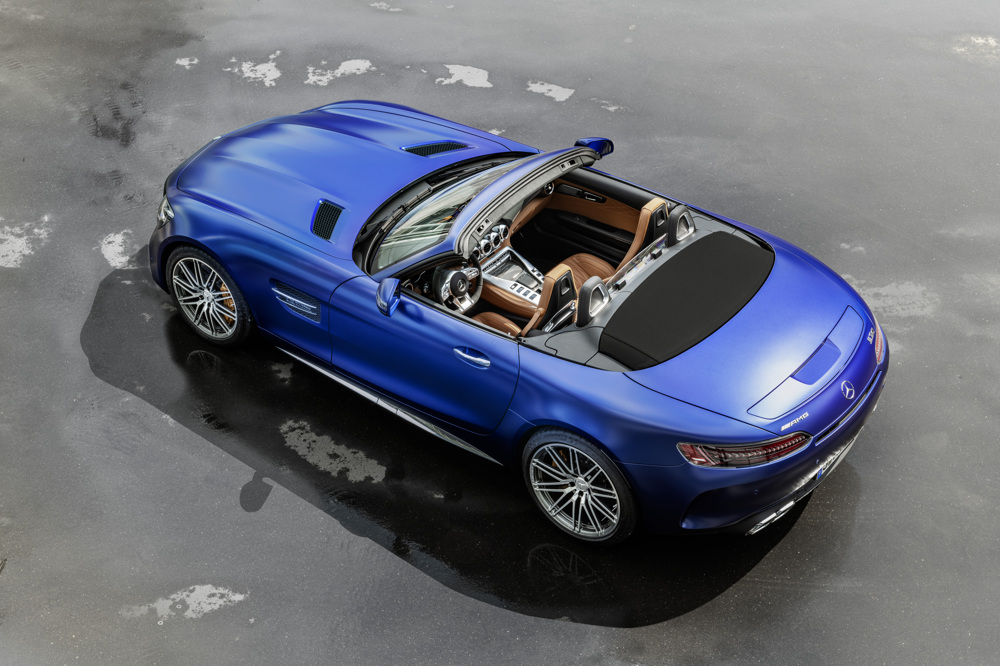 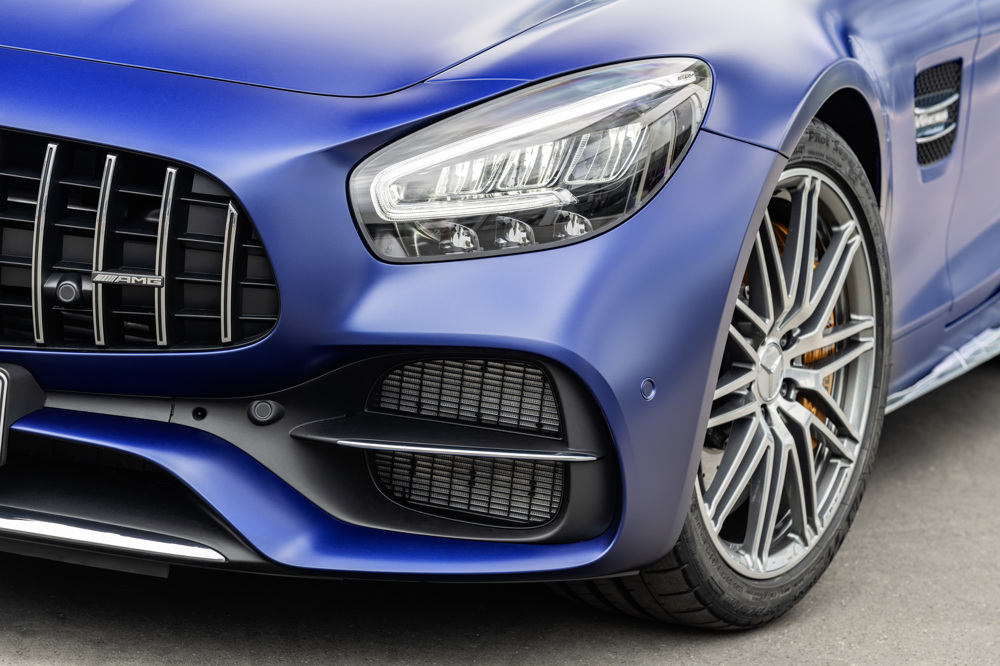 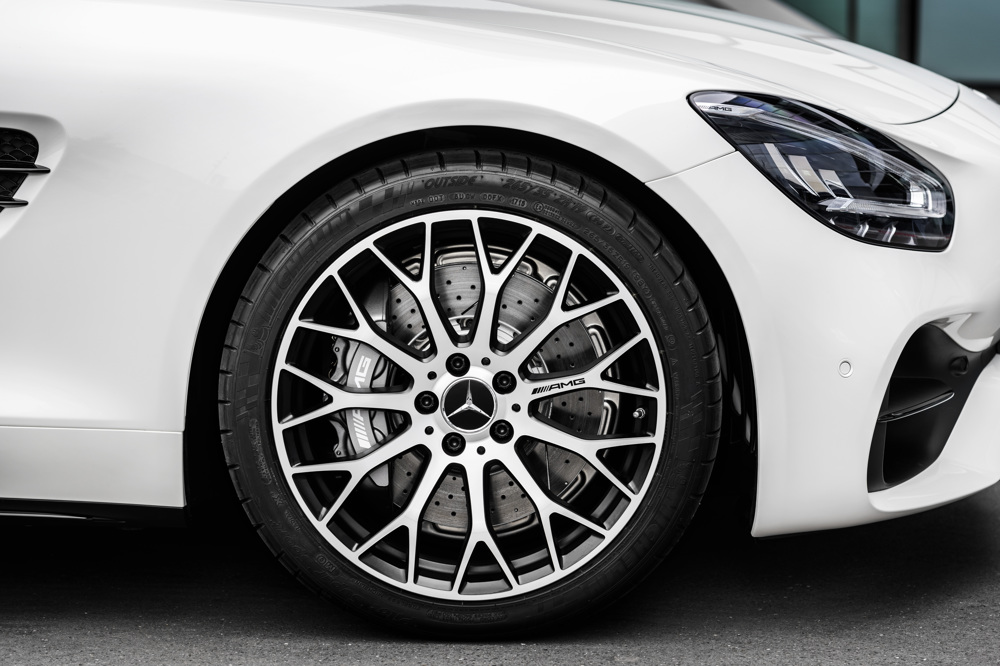 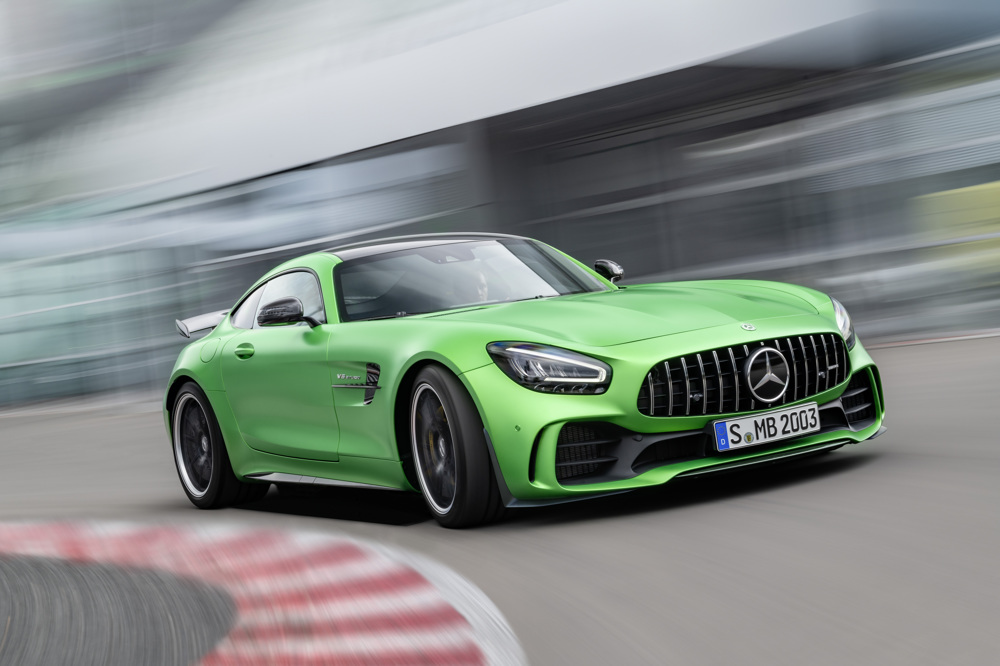