2023 Acura Integra in Camo Looks Like a Honda Civic

Sometime last week you probably saw photos circulating the internet claiming to be a leaked 2023 Acura Integra. Of course, those were a hoax—just a badly ‘shopped Acura ILX. This we say with certainty because we’ve just found pictures of what appears to be an actual test mule rolling around in light camouflage.

Posted to IntegraForums.com, the shots show a wrapped-up sedan with Acura’s beak-style grille and daytime running lights identical to those teased with the Integra’s announcement. As this test mule lacks a chin splitter, it’s probably safe to assume it’s not the inevitable Type S performance version, but maybe the A-Spec, or an even lower trim. 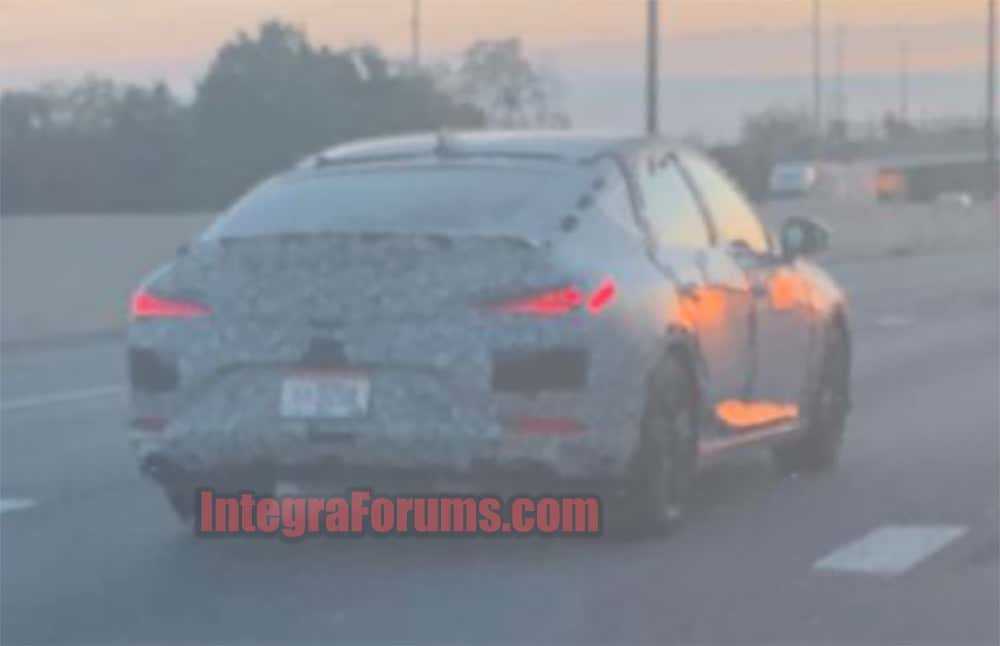 The rear shot is less distinctive, though its taillights and inlaid trunk handle mirror those of the Integra’s rear end, as does the tall rear spoiler. As mentioned above, we doubt this is the Type S, so that spoiler may well be standard.

Of course, between these photos’ graininess, poor lighting, and less-than-ideal angles, we can only learn so much from staring at them. They don’t give us a good enough look at the rear window’s C-pillar contour to say with certainty that they resemble the 2022 Honda Civic’s. Though, the rear windows’ position relative to the hatch’s glass leads us to believe they may indeed be fraternal twins.

We won’t have to wait too long for the truth, though, as the new Acura Integra goes on sale next year (probably later on seeing as it’ll be a 2023 model), and with a confirmed manual transmission option. If it ends up being based on the Civic as we speculate, it could mean the Integra Type S could be equivalent to the Civic Type R, which we know gets a huge wing and might even go hybrid. It’s not the Integra coupe many people were hoping for, but it sounds like an exciting car all the same.

Mustang Mach-E GT Performance Is Quick 0-60, But Not Quarter Mile