The Genesis G90 serves as the company’s flagship, an outright luxury sedan fitted with the finest appointments on offer. Last facelifted in 2020, a brand-new G90 has just been revealed, set to hit the market for the 2023 model year. It promises to build on the strong foundation already established while bringing a new level of technology and refinement to bear.

The G90 will sport a 3.5-liter turbocharged engine, presumably a V6 along the lines of what we saw in the outgoing model. Power figures are not yet available, though the engine will be paired with an eight-speed automatic transmission. Rear-wheel drive and all-wheel drive models seem likely, with both available on the previous generation, though exact availability remains unclear at this stage. 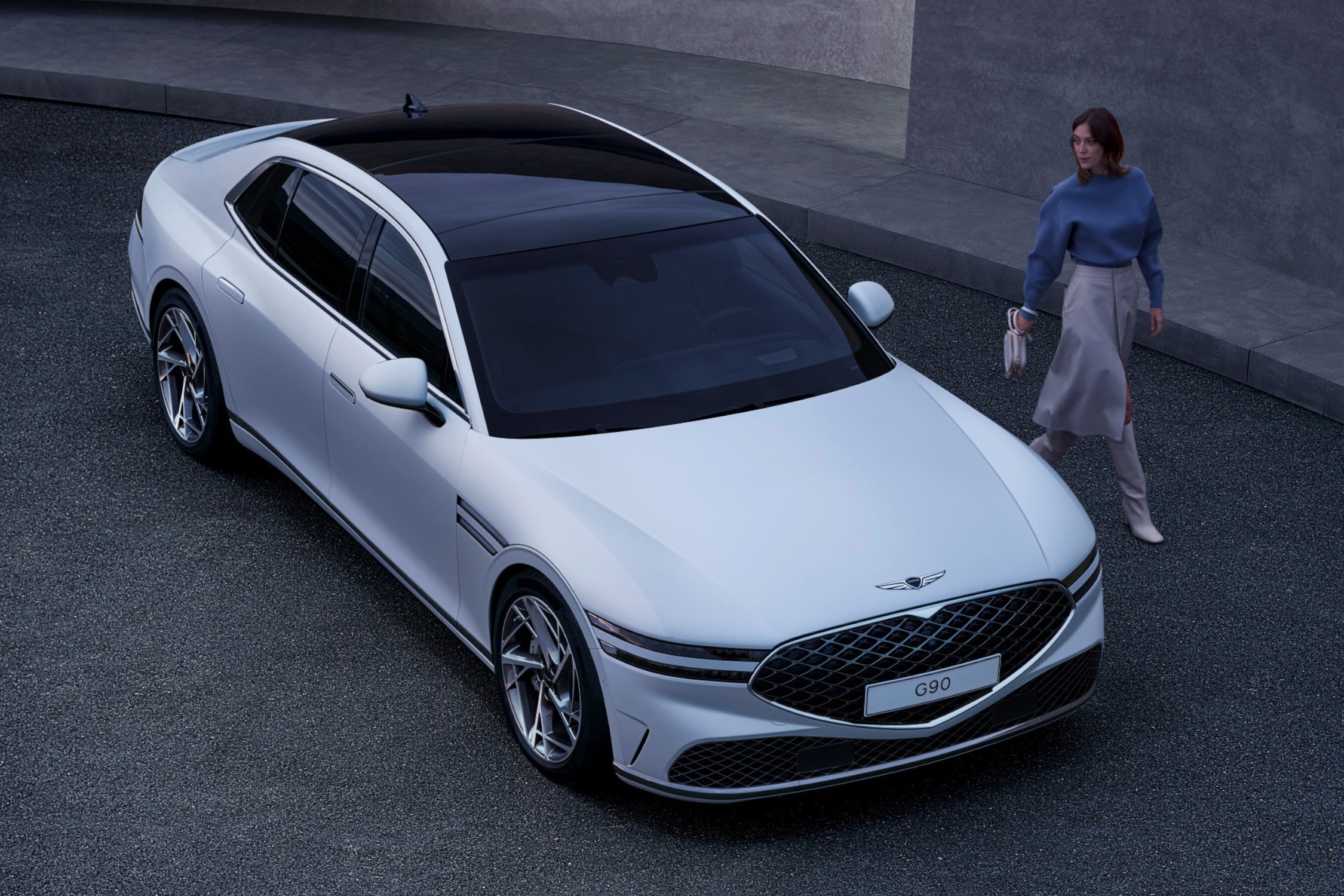 We had our first look at the exterior of the new model back in November, with the G90 wearing a clean, modern look uncomplicated with extraneous bulk or folds. Instead, there’s a clean, smooth curve that flows along the top of the hood all the way to the rear of the car. The clamshell hood design is a particularly modern touch, blending the hood itself into the top of the fenders in a single contiguous panel. with the The statement diamond grille of the Genesis brand is naturally present, along with sharp LED lighting up front in a streamlined configuration bearing the Genesis “Two Lines” design language.

The trunk line connects one rear wheelarch to the other in a single swooping curve, while the tail light design relies on a understated angular look that connects in the middle., Twin exhausts blend into the bottom of the bumper, sticking to the clean look without excessive vents or aggressive styling details. 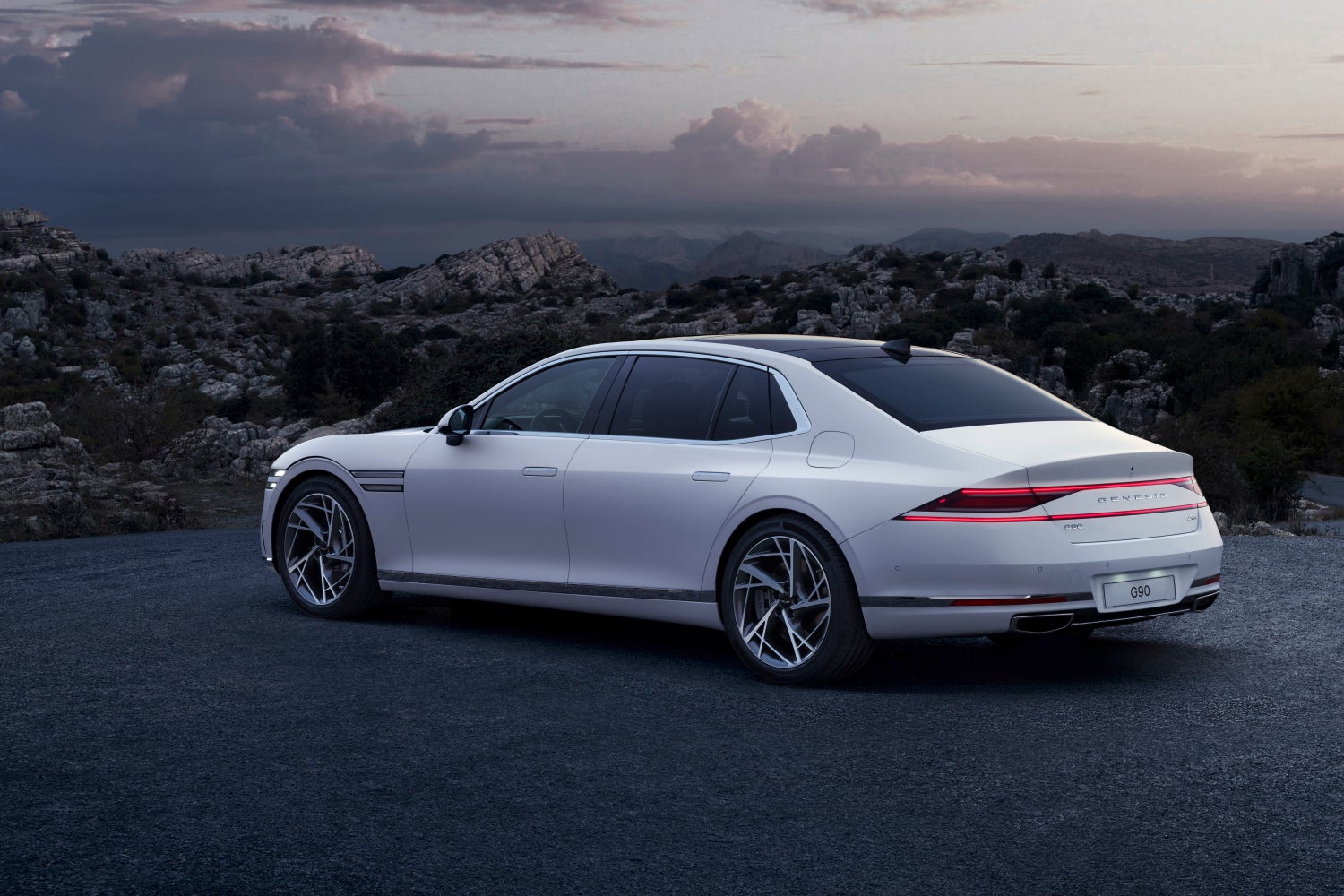 Inside, there’s a strong focus on technology and features, all designed to deliver comfort for the occupants. The G90 aims to please both those that drive themselves, as well as those who engage the services of a chauffeur. To this end, the rear seats can be reclined, a feature seen in other top-flite luxury vehicles like the Mercedes-Maybach GLS. There’s also fingerprint authentication which enables the push-button start, and allows the car to remember a driver’s personal settings like seat and mirror positions.

The “ergo-relaxing” seats each feature 10 air cells on the back, and two in the seat cushion, with several massage settings and bolster settings included. The seat bolsters are configured to automatically deflate to ease entry and egress, and will inflate automatically in Sport driving modes or over 130 km/h in order to keep occupants properly supported during high-speed driving.

Materials are as luxe as you’d imagine. The center console is crafted from glass and aluminum, and various metal inlay garnishes inside are inspired by the traditional Korean ‘sanggam’ technique. These inlay the Two Lines or G-matrix patterns from the Genesis design language onto metal, ash wood, and carbon surfaces in the interior.

The G90 also sports twin panoramic sunroofs, one for both the front and rear rows, which can be controlled independently, An ambient light system also works to help set the mood in the interior. Audio-wise, there’s a 23-speaker entertainment system included, along with additional speakers in the driver’s solely for notification and warning sounds, so these noises don’t disturb the passengers. Second-row passengers are also treated to a touch-screen in the center armrest which controls features like climate control and seat settings.

Perhaps the most premium touch is the fragrance system, included as part of the Mood Curator system. This allows coordinated control over everything from ambient lighting to the sound system and massage seats, paired with olfactory touches from the two fragrance cartridges in the glovebox. 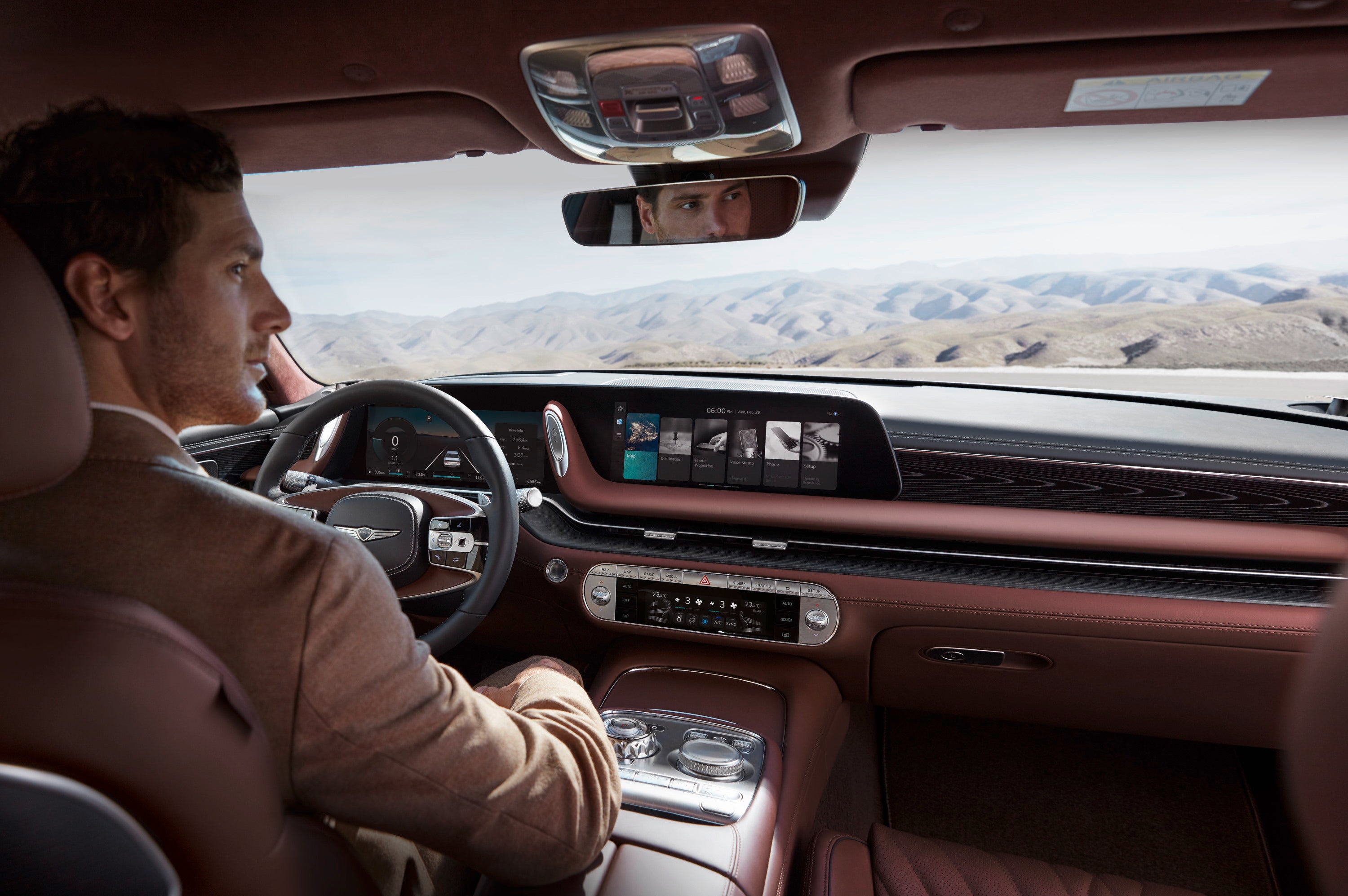 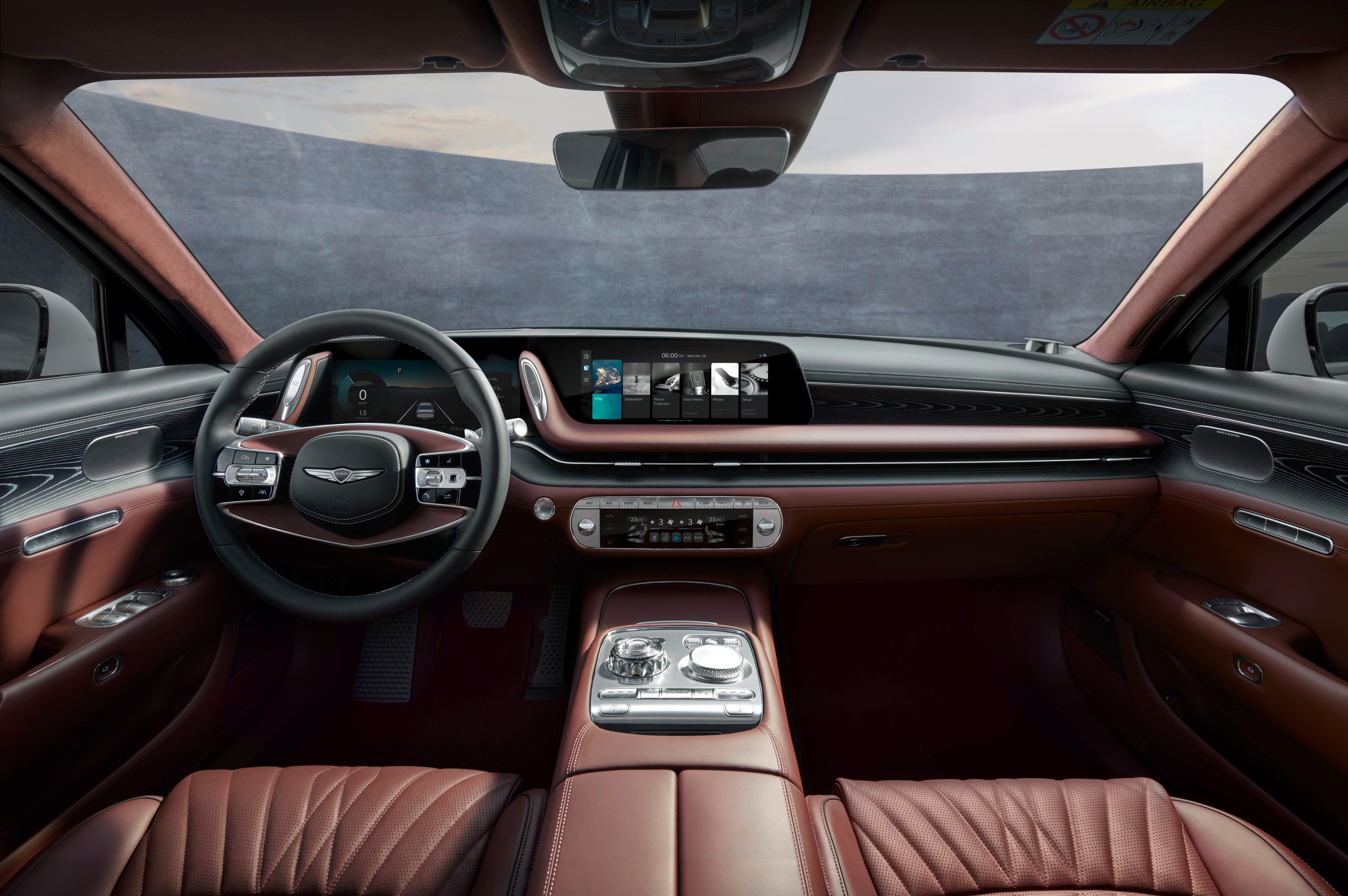 Other niceties include active noise-cancelling technology for the vehicle interior, laminated glass, and even auto-close doors that can be activated by the touch of a button. The driver’s door can even be set to close automatically when the brake pedal is depressed. Smartphones can be configured to allow access to the car, and there’s a hands-free trunk system included as well.

Fundamentally, when a car comes with a integrated perfume distribution system, you know the designers have ticked virtually every box on the list. The Genesis G90 is clearly positioned to go up against the big names like the BMW 7-series and the Mercedes S-class, with a unique Korean perspective on what makes a true luxury car. Expect to get the finer more details on the North American offering as time draws closer towards launch.

AD: Sime Darby Motors Christmas Street is the only place to be this season; Dec 17-18, for SDM customers – paultan.org