A Ford F-150 Hybrid May Be Here Sooner Than Expected

There’s an electric Ford F-150 in the works (that’s an EV prototype shown up top), but let’s say you’re not quite ready to take the plunge into a world of zero tailpipe emissions just yet. Would a Ford F-150 hybrid be more to your liking? If so, you might be in luck: The option may be on the table in the not-too-distant future.

According to a leaked document recently posted to newf150forum.com—which looks plausible enough, but, as always, take it with a grain of salt—an F-150 hybrid-electric vehicle could be here as soon as the 2021 model year. 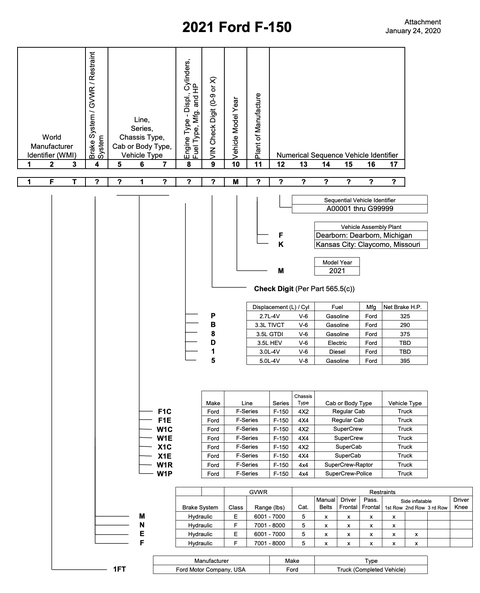 A hybrid pickup truck is a unique beast, and a high-risk one; Ford simply cannot afford to mess up anything F-150-related. But it won’t have to totally reinvent the wheel here, as it recently introduced two related SUVs using two somewhat different approaches to hybridization.

First, there’s the new Ford Explorer hybrid, which uses a 3.3-liter naturally aspirated V6. Combined with the hybrid system, this Explorer variant produces 318 hp combined, along with 322 lb-ft of torque. Ford rates the Explorer hybrid’s towing capacity at 5,000 pounds. Not a bad start for the unibody SUV (and conventional gas-powered versions can tow up to 5,600 pounds), but definitely not full-size truck territory.

Upmarket, though on the same platform as the Explorer, is the Lincoln Aviator. The Aviator’s plug-in hybrid variant starts with a 3.0-liter twin-turbocharged V6 that’s been electrified all the way to a system output of 450 hp and 600 lb-ft of torque.

The F-150 hybrid would likely go with a system closer to that of the Explorer. The 3.5-liter naturally aspirated V6 already offered in the pickup is closely related to the SUV’s 3.3-liter, for one, and the Aviator’s performance-oriented plug-in setup would add complexity and cost to what is supposed to be the workhorse of the Ford lineup.

The big caveat for all of this is that even if the VIN decoder document posted to newf150forum.com, dated Jan. 24, 2020, was accurate at the time of writing, the world looks very different just a few short months later. The coronavirus pandemic has forced automakers, Ford included, to push back high-profile debuts (whatever happened to the Bronco?), and unfortunately there’s no end yet in sight.

But the vehicle-development show must go on, and hopefully we’ll see the new F-150 and all of its variants—as well as all the other stuff we’ve been waiting for—sooner rather than later.

The Petersen Presents: That Thing VW Do
Car Reviews