On December 10, a category EF3 tornado struck an Amazon warehouse in Edwardsville, Illinois, killing six people. Employees reportedly say they never practiced tornado drills, prompting some to draw comparisons to the fatal Triangle Shirtwaist Factory fire of 1911. It would appear these employee-endangering policies extend beyond the warehouse, too, as an Amazon van driver was reportedly threatened with losing their job if they tried to return to base, despite expressing a fear the tornado would “turn this van into a casket.”

The order was allegedly handed down in a text exchange between driver and dispatcher published by Bloomberg, which reportedly verified the texts with “a person familiar with the situation.” In it, the driver reports radio activity (presumably regarding the storm), only for their supervisor to tell them a recall had to come down from above—from Amazon. Approximately half an hour later, the driver reported tornado sirens but was instructed to “keep delivering” before being told to “shelter in place.” With one hour left on their route, they suggested they should return to safety, only to be threatened with firing if they aborted their deliveries. 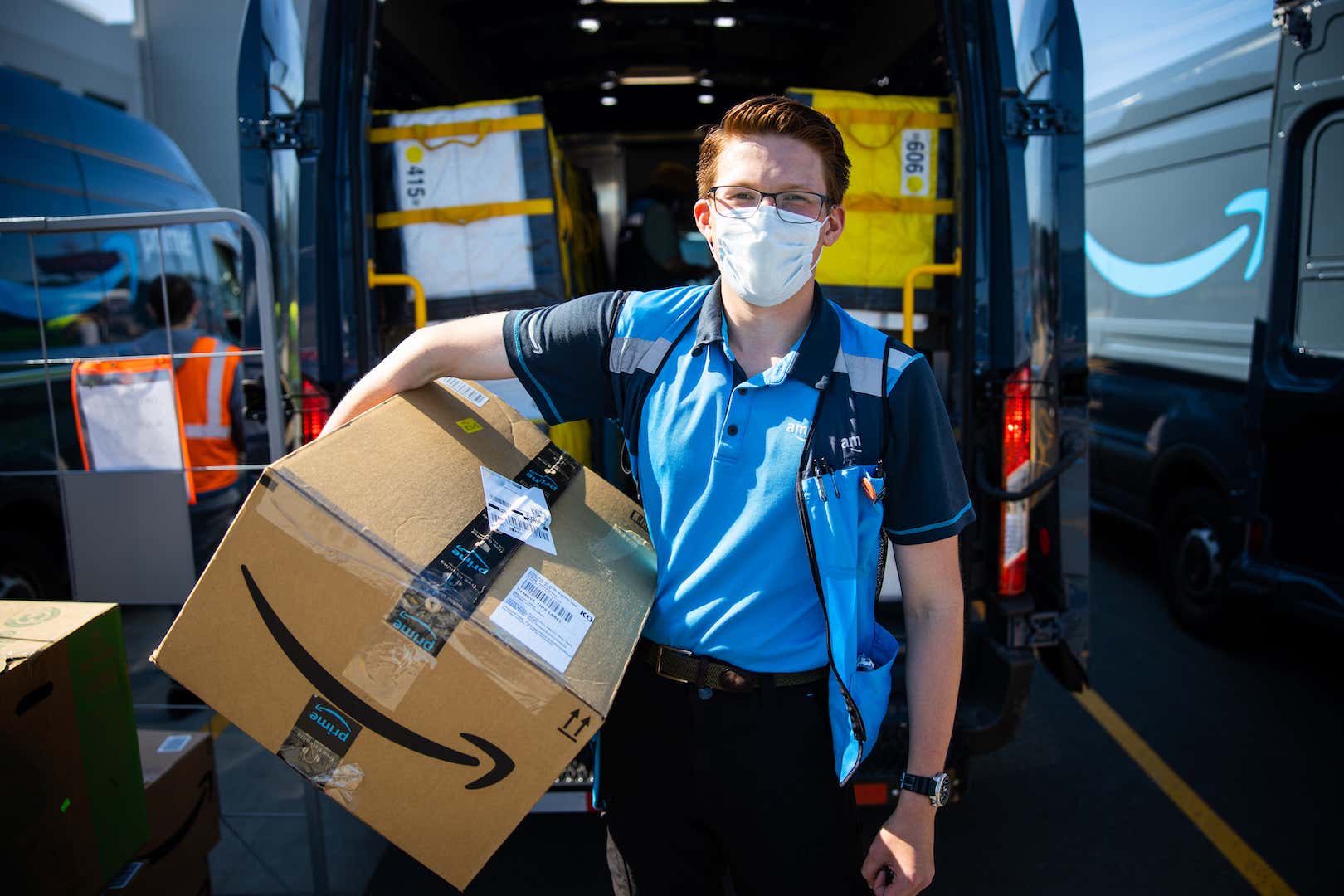 Amazon delivery driver with a package

“How about for my own personal safety, I’m going to head back,” said the driver. “Having alarms going off next to me and nothing but locked building[s] around me isn’t sheltering in place. That’s wanting to turn this van into a casket. Hour left of delivery time. And if you look at the radar, the worst of the storm is going to be right on top of me in 30 minutes.”

“If you decided to come back, that choice is yours,” replied the dispatcher. “But I can tell you it won’t be viewed as for your own safety. The safest practice is to stay exactly where you are. If you decide to return with your packages, it will be viewed as you refusing your route, which will ultimately end with you not having a job come tomorrow morning. The sirens are just a warning.”

Once again, the dispatcher reportedly advised the driver to “shelter in place,” adding that the order came down from Amazon. They then repeated the phrase, adding that the storm had hit the building, damaging it. Amazon denied responsibility in a statement issued to Bloomberg, instead pointing to the dispatcher and alleging “the delivery service partner’s dispatcher didn’t follow the standard safety practice.”

Meanwhile, the Occupational Safety and Health Administration has reportedly opened an investigation into the warehouse fatalities, as OSHA mandates an emergency response plan that workers reportedly say was not in place. Multiple Edwardsville Amazon employees reportedly said safety and emergency preparation was minimal, and that fire and tornado drills were not conducted.

In any case, it seems this Amazon facility’s emergency preparedness was inadequate at the bare minimum, and authorities believe its facilities—or even building code—were not up to scratch either. And without a doubt, it goes to show that Amazon’s pee-bottle work culture is far from stamped out.