A ’60s Chevy pickup is one of the most iconic pieces of American automobilia ever to roll off the line—you’d think it was purpose-built for hauling apple pies. This example on Bring a Trailer, however, is not your average workhorse, even if its listing seems a little mundane at first glance. As Brianna Wu pointed out in a tweet, this camper build bravely asks the question: What if wholesome Americana could shoot flames?

For a little more on the truck itself, this is a C20 Longhorn instead of the more commonly built C10. The second generation of the C/K pickup truck line, built from 1967 to 1972, saw the Longhorn name join the Chevy lineup as a physically bigger, longer, and more heavy-duty pickup meant for cattle ranching and bed campers, and they’re rare in comparison to normal C10 production numbers. Bring a Trailer quotes this as one of just 1,902 built for 1968; not that many when you consider over 200,000 Fleetside eight-footers were built in the same year. 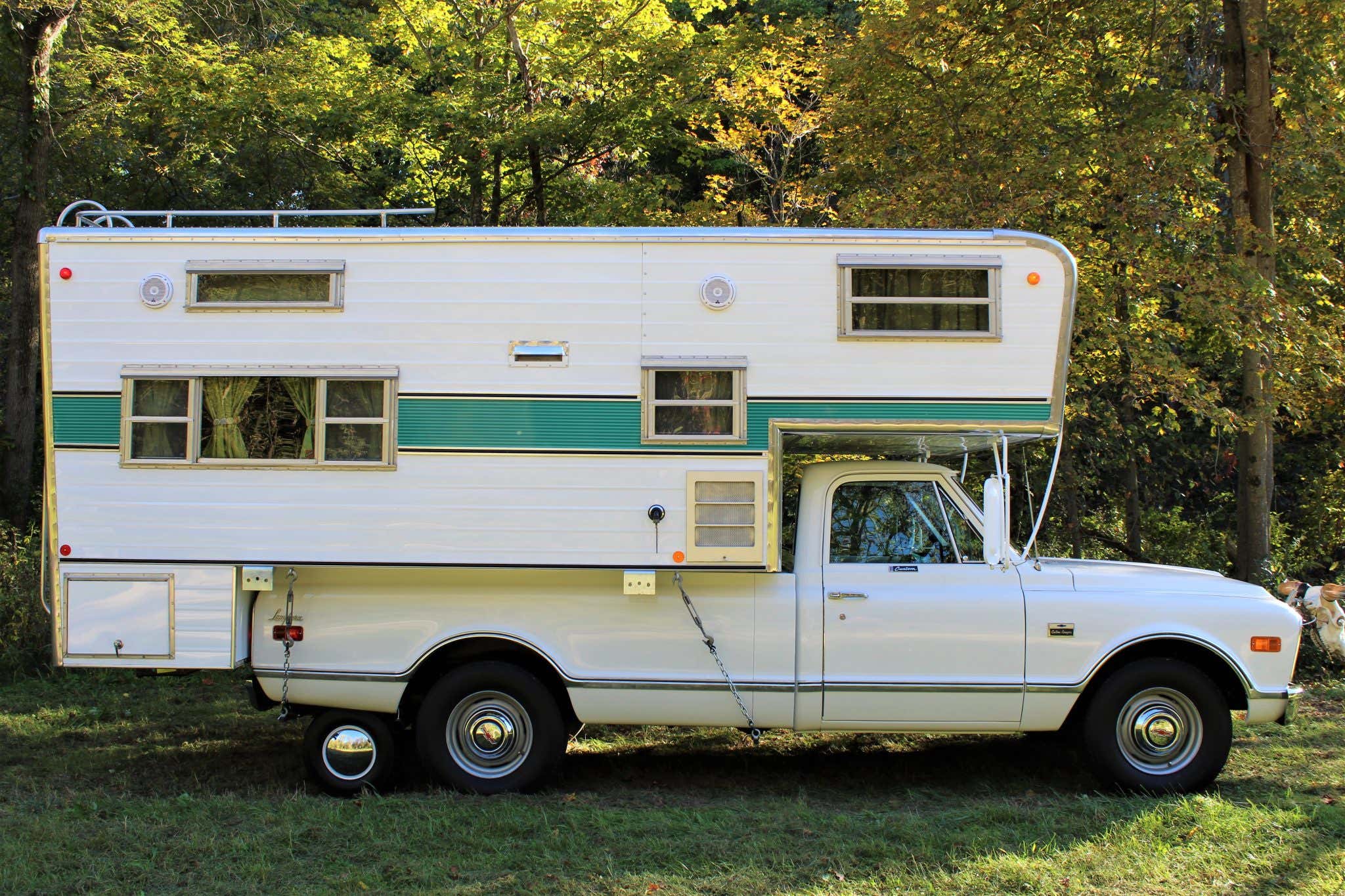 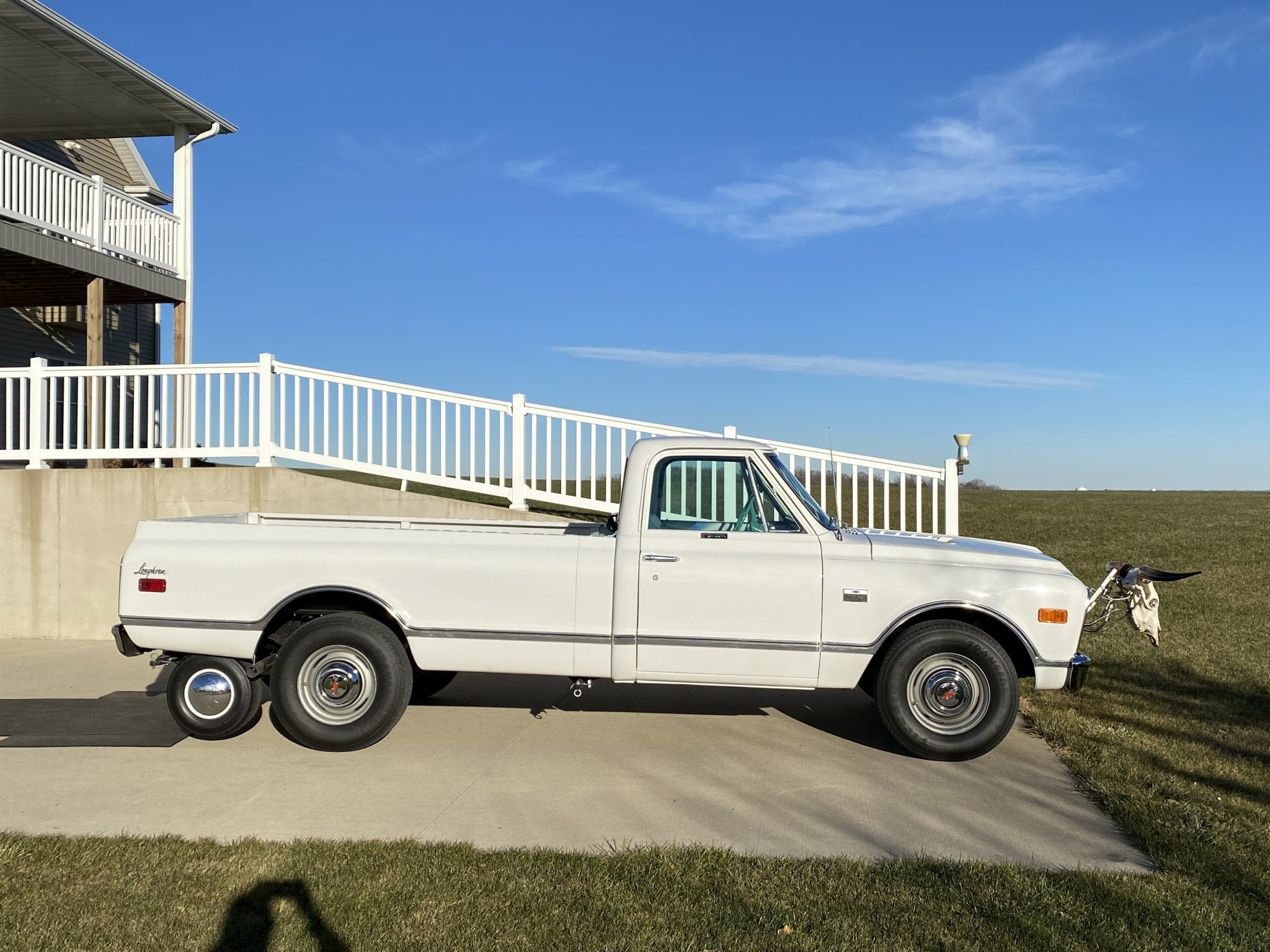 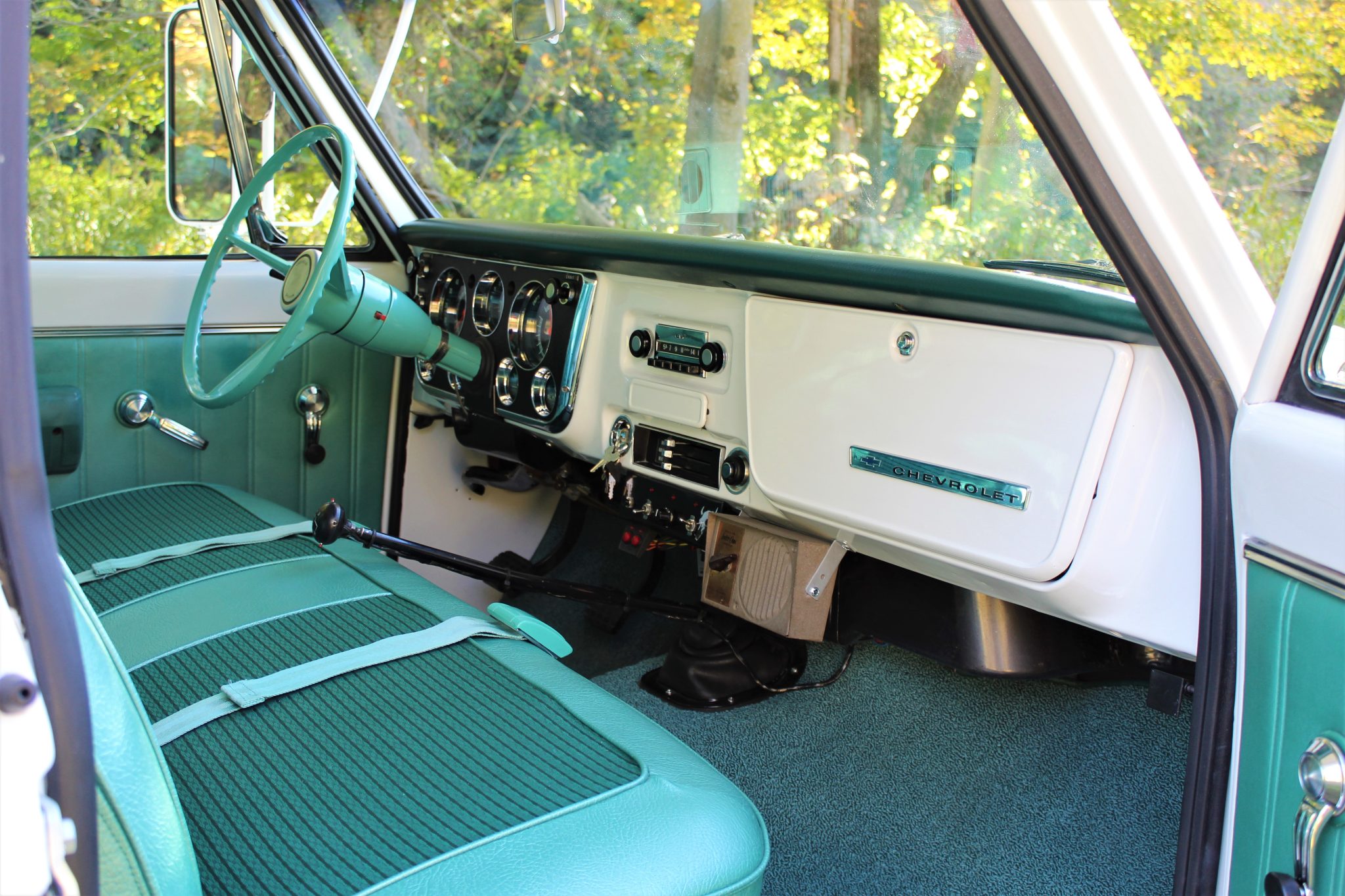 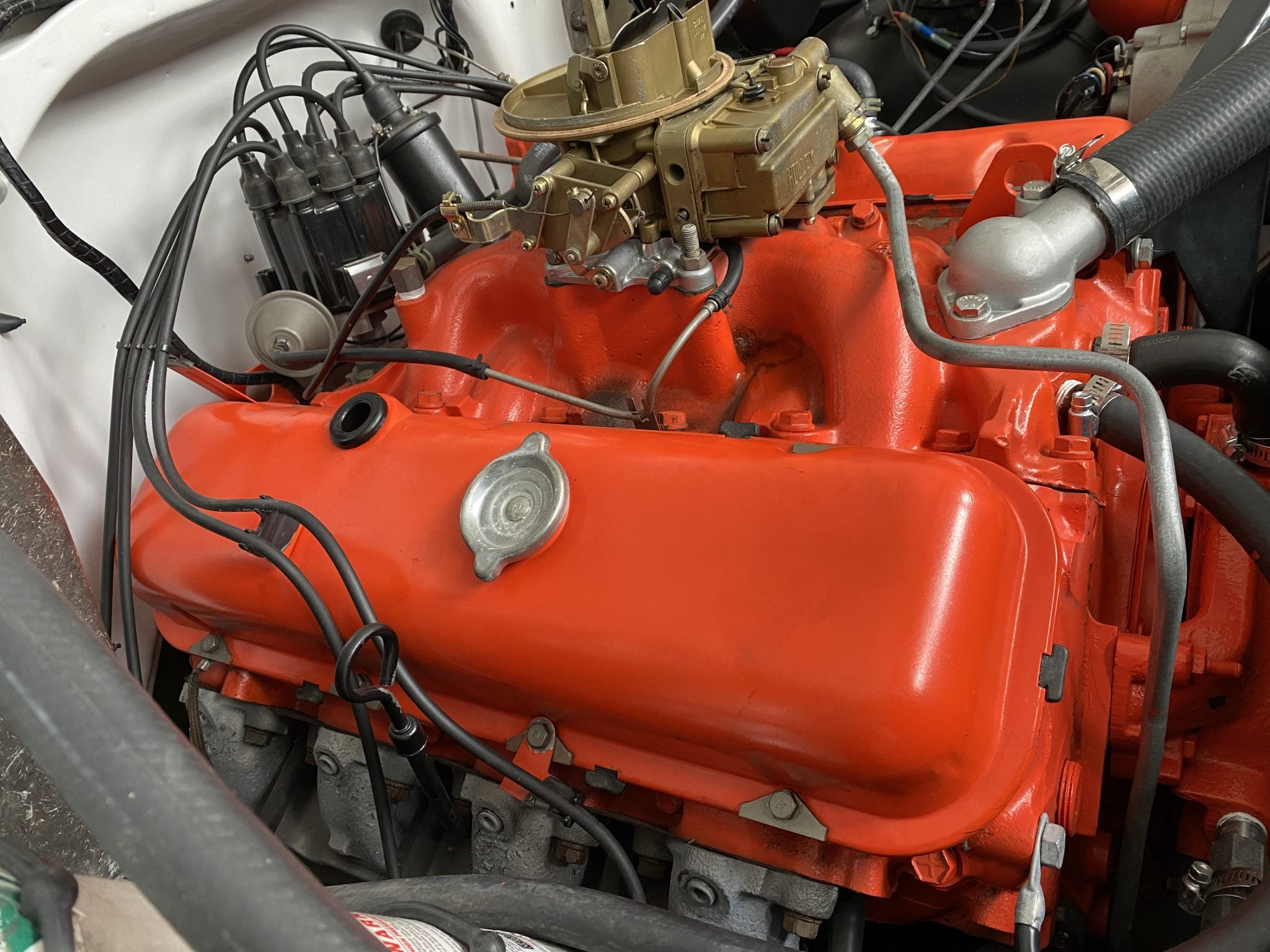 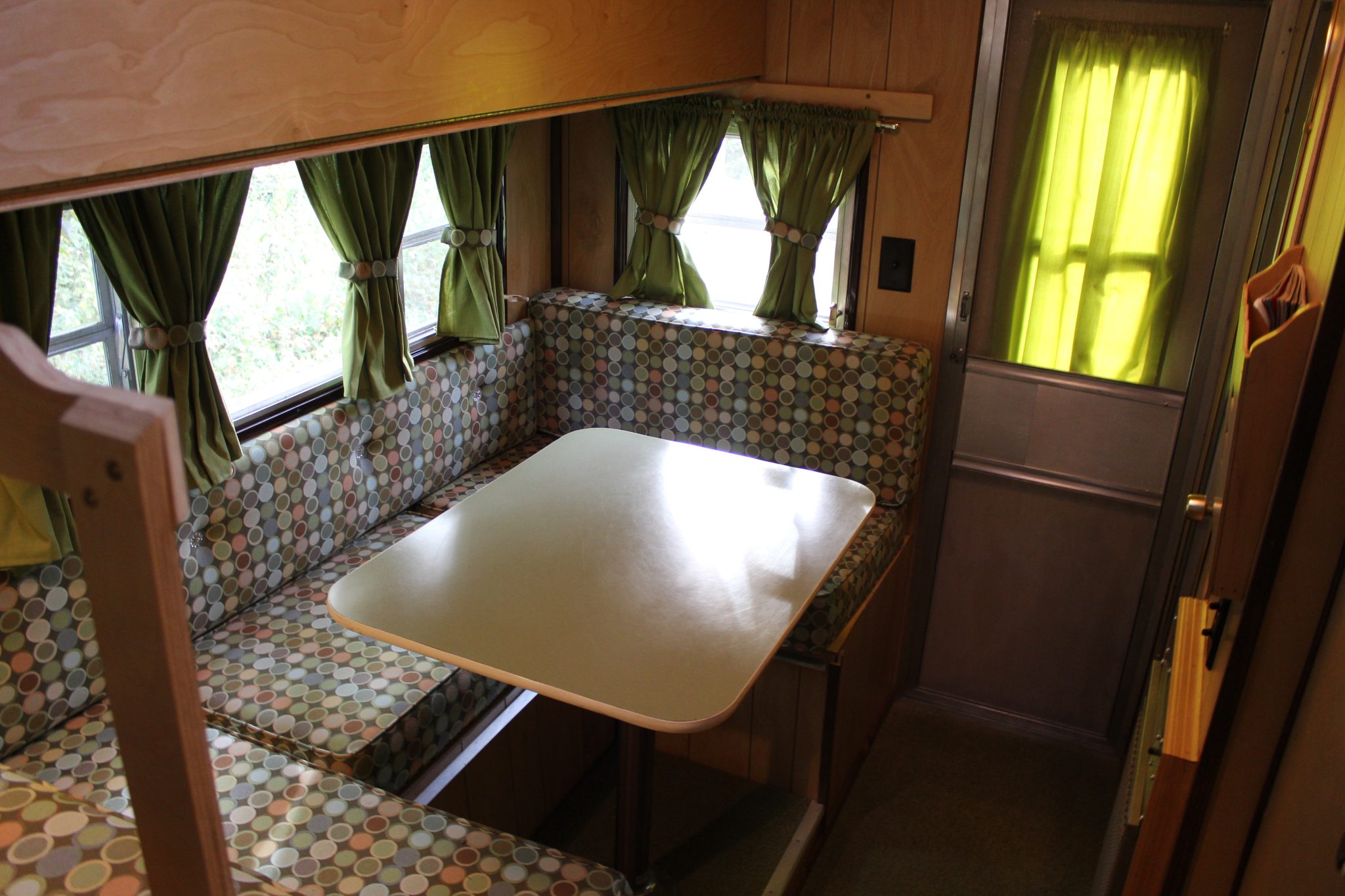 This truck gets better, though. Under the hood is a 396 cubic-inch V8 with a four-speed manual, an especially potent combo for the C/K line. Step inside the immaculately restored short-cab and the finest teal vinyl the world has seen since the Back to The Future movie sets were constructed greets the driver. The camper shell itself, said to be a Franklin 11FK6 model in the sale ad, has also been fully refurbished with new interior trim, extra length added (to properly fit the C20 Longhorn’s atypical 8.5-foot bed), and a repaint. To support the weight of the camper without stressing the rear leaf springs, an additional helper axle has been installed—complete with air springs—to help distribute the load.

And then, of course, it shoots flames.

The animatronic longhorn skull mounted on the hood of this C20 pickup has a liquid propane torch and CO2 purge system mounted to it. According to the seller, “the dual-exit exhaust outlets are plumbed with a propane torch as well,” so the truck can presumably shoot flames from both ends. I’ll leave that joke alone.

If you’re searching for the party truck that does it all with production numbers that put it in supercar territory, you’ve got seven days left to place a bid.

Got a tip or question for the author? You can reach her here: [email protected]

With a Wrench and a Cowbell: How Sterling Chase Worked His Way Into Pit Crewing
Car Reviews