Something we often forget about headlights is that they’re not just there to help us see the road ahead. They’re important for allowing other road users and pedestrians to see us, too. Driving around at night with your headlights off can be dangerous, as other people can fail to see you before it’s too late. The proud country of Canada wishes to deal with this problem, and is thus mandating new rules to improve the visibility of all cars on the road.

Named the Canadian Vehicle Lighting Regulation, the new legislation came into effect from September 1 this year, as noted by Car and Driver earlier this week. The legislation was first announced back in 2018, and requires new vehicles to have one of three new features—tail lights that come on whenever daytime running lights are on, automatic headlights, or a dashboard that stays dark if the headlights are off. The legislation applies to all new vehicles, including cars, trucks, SUVs, motorcycles and even 3-wheeled vehicles. Looking at you, Polaris. 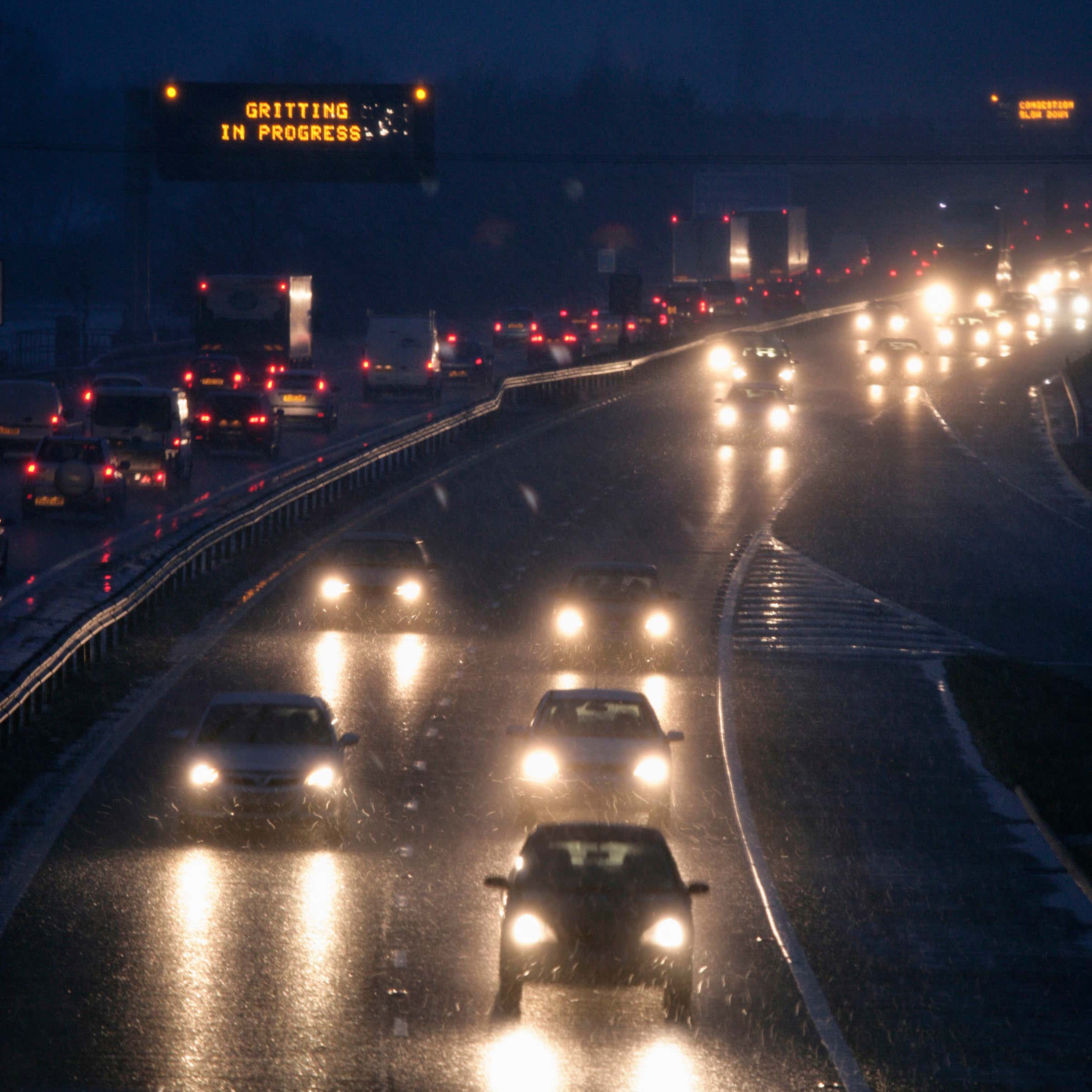 The regulation is a broad effort to improve safety on Canadian roads through better lighting management. The first part of the regulation aims to deal with one of the biggest problems with daytime running lights (DRLs). Inattentive drivers can be confused by the DRLs into thinking the headlights are on while their car is entirely dark from behind. Requiring tail lights to be on with the DRLs should go some way to mitigating this issue.

The second option, automatic headlights, are not in themselves a revolutionary technology. GM first delivered its Twilight Sentinel system in 1955, which could switch headlights on when light levels dropped at night. This followed on from the earlier Autronic Eye system of 1952 which automatically switched high beams back to low when oncoming motorists were detected. They’ve become more popular in recent decades as technology has improved, and are now standard on many vehicles. Having headlights that automatically switch on when it’s dark would go a long way to mitigating the issue of drivers forgetting to switch them on, whether they’re confused by DRLs or simply not paying attention.

The third option could be complicated when it comes to modern vehicles. Historically, traditional analog gauges would be illuminated when the headlights were turned on. Dark gauges when driving at night were a quick reminder that you’d forgotten your headlights. However, many modern dashboards partially or entirely rely on digital screens. These screens emit light whenever in operation. They are often set to be brighter during the day and are dimmed for night driving to avoid distracting glare. How these screens could operate under the new regulations is unclear; it’s likely that manufacturers of such vehicles would just elect to comply with one of the other options under the legislation to avoid this issue entirely. The Drive has reached out to Transport Canada for clarification on this matter. 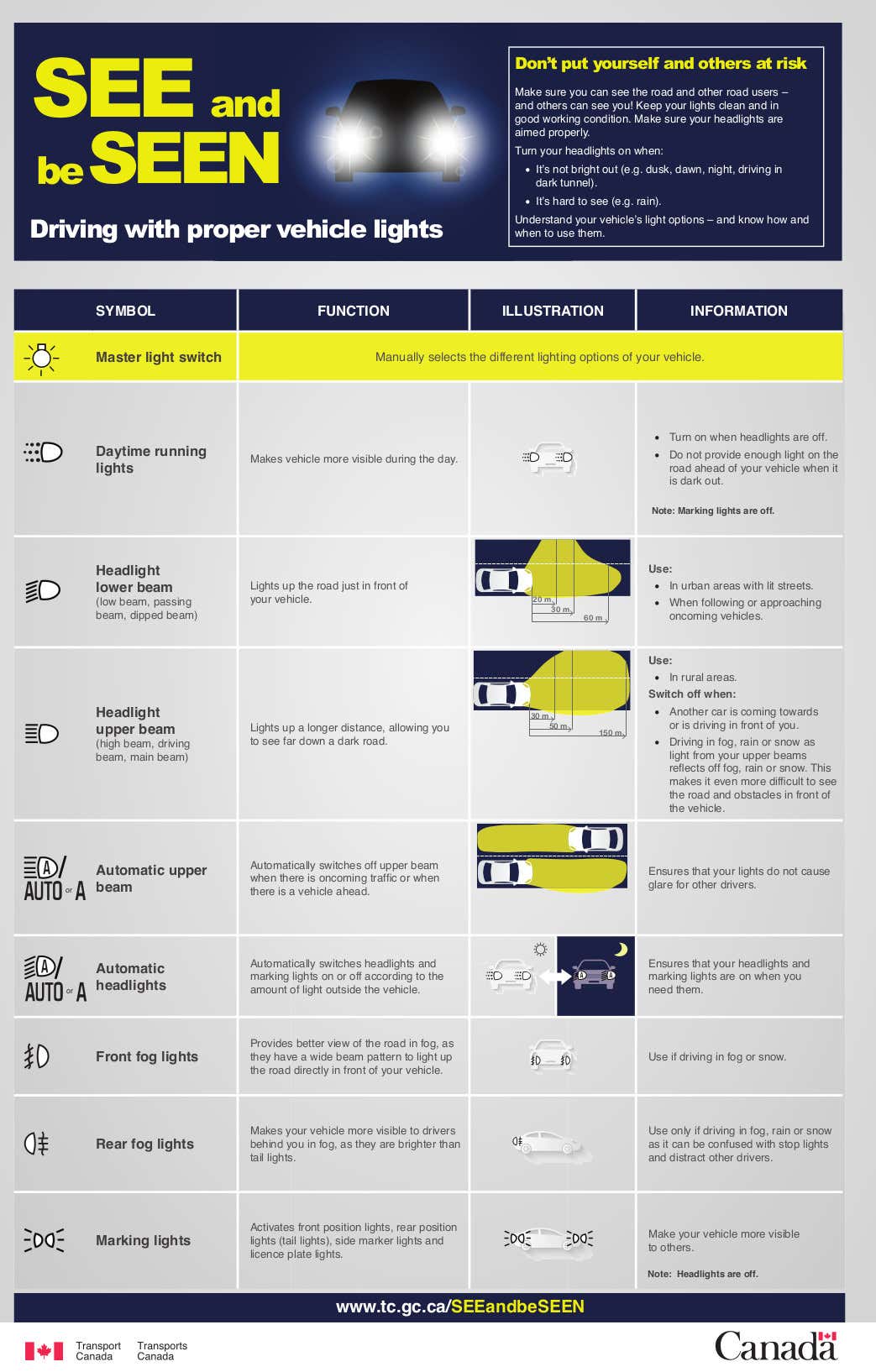 Transport Canada’s guide on how to properly use automotive lights.

Similar legislation is being pursued in other jurisdictions, too. Japanese authorities mandated that all newly introduced models would require automatic headlights from April 1, 2020, with the same legislation rolling out to all new cars sold from October 2021. Nevertheless, other countries aren’t rushing to follow suit. The trend could yet follow on from the widespread introduction of daytime running lights, which have been mandatory in the EU since 2011. However, the US has neglected to jump on board that hype train, due to a combination of poor public opinion and findings of limited effectiveness in NHTSA studies.

While the new regulations won’t do anything for existing vehicles already on Canada’s roads, it should help improve safety as time goes on. Expect similar regulations to become commonplace in other parts of the world too, as legislators seek to mandate that safer new technologies become standard.

Mustang Makes Its Cop Car Return, But In The UK As A Mach-E Concept