The new 2022 Land Rover Range Rover is here, bringing with it even more opulence, an optional three-row and seven-seater layout, and an eventual electric version. With the new Range Rover SV, however, buyers can get an SUV with an undeniably extra sense of pizzazz and flair. Its interior can be fitted with ceramic detailing as well as a very tasteful wood mosaic veneer. This is something worth taking a closer look at.

The new Range Rover SV will come as a 2023 model year and wears the brushstrokes of the automaker’s Special Vehicle Operations designers, meaning that while it does not benefit from any engine upgrades, it is an even more luxurious place to sit. Think private plane-luxurious, which is how I felt when I got to check it out in person at Land Rover’s media preview event last month. (I was forbidden to use a camera of any kind, so please forgive me for relying on press photos here.)

Festooned in cloud-like leather and soft surfaces, my eye was immediately drawn to the display vehicle’s center console—or, rather, the wood veneer that decorated the console that runs through the front row and comes to rest on the refrigerator door between the two second-row seats. The SV’s designers didn’t just slap some open-pore wood veneer here and call it a day; no, upon closer inspection, you can see a subtle but distinct mosaic pattern in the wood. 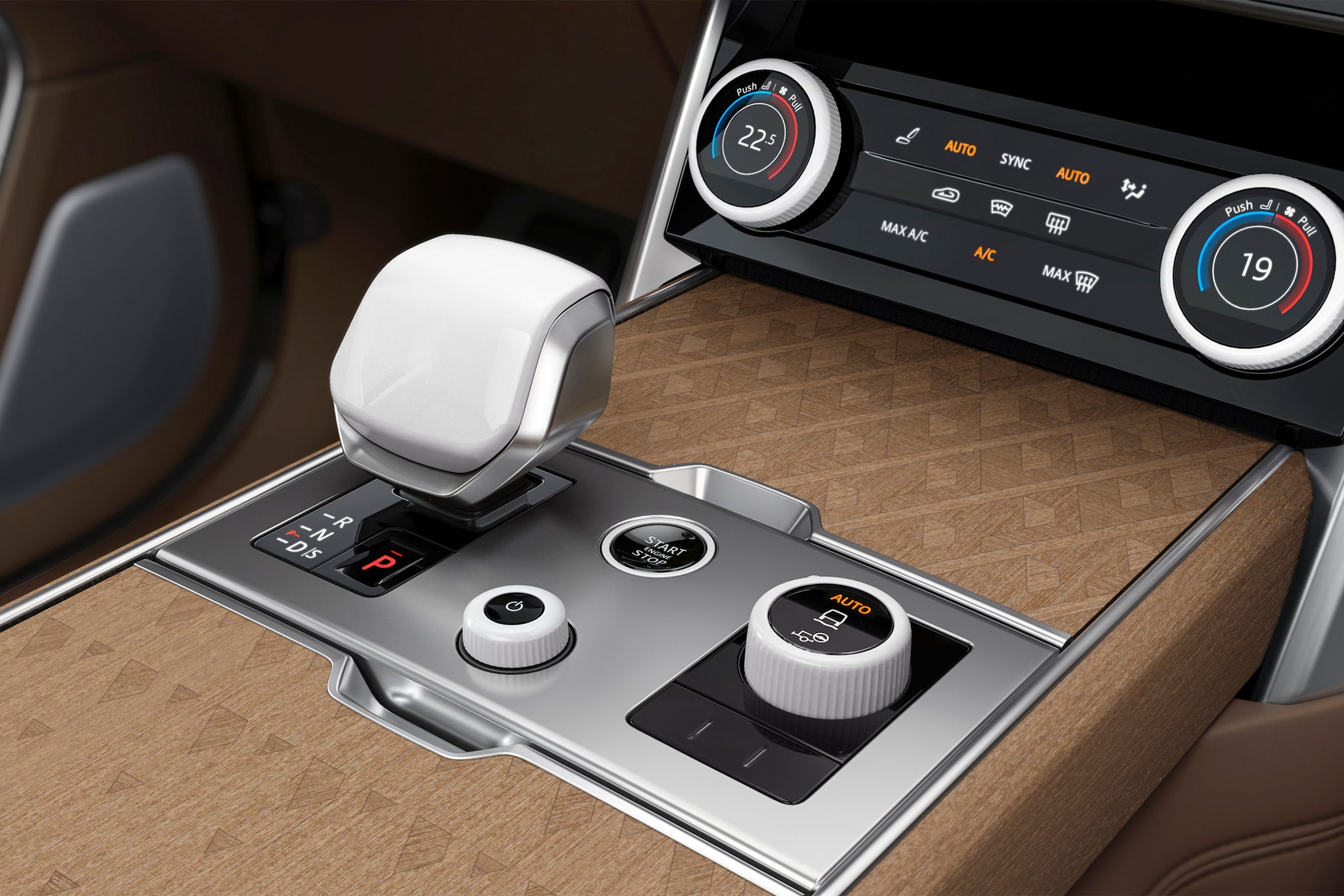 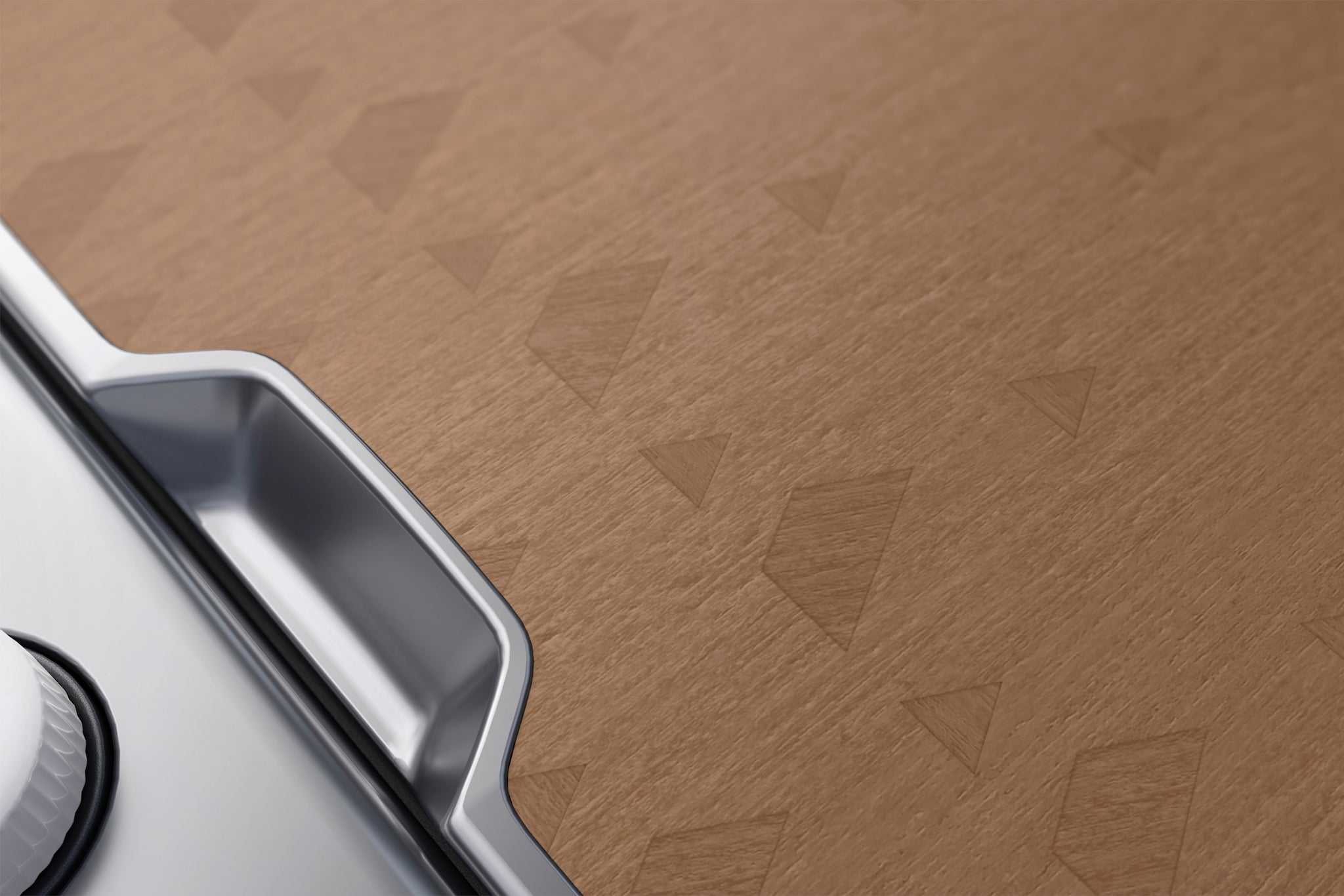 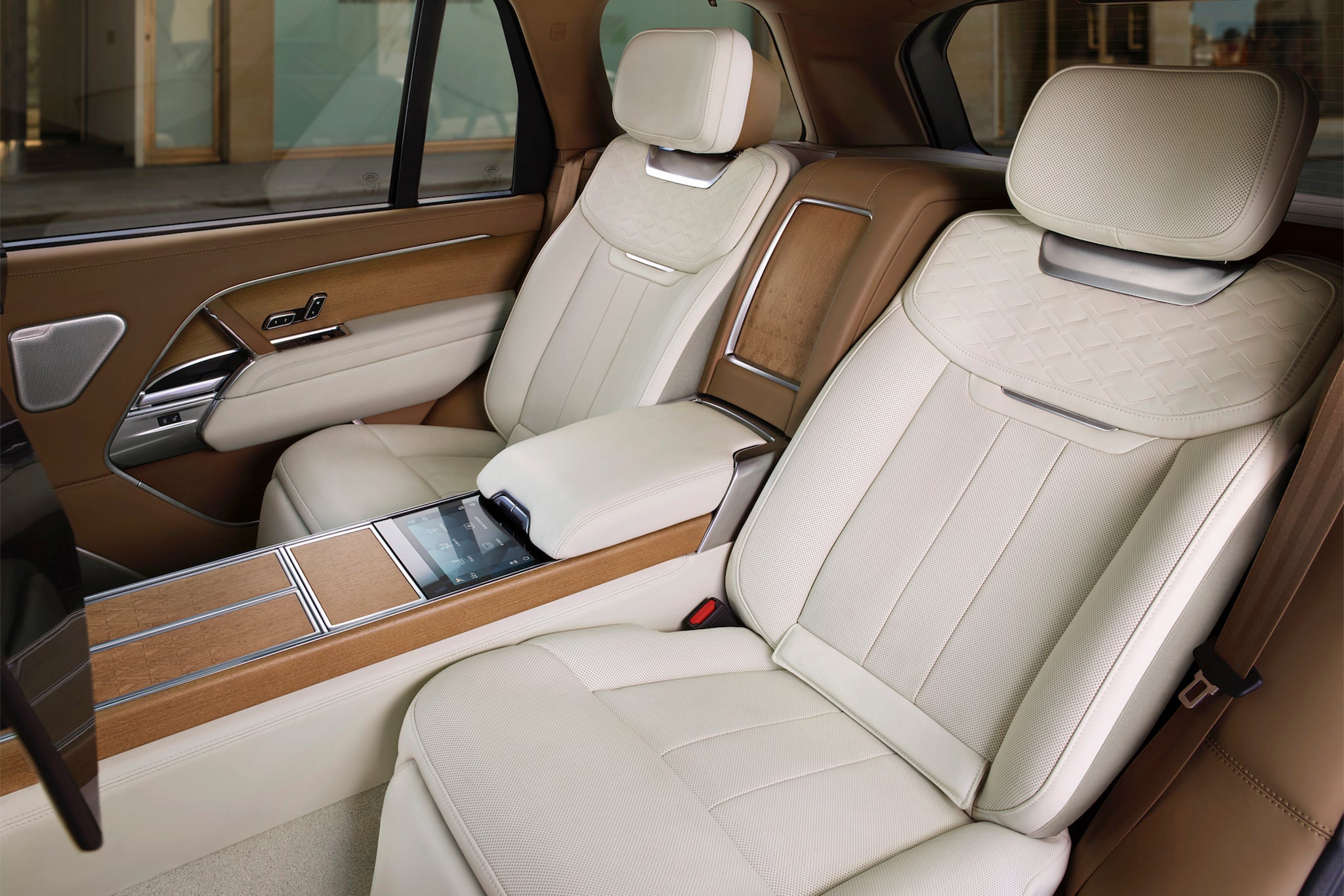 Wood veneer isn’t a new occurrence in a Range Rover, but the team hasn’t ever used it this extensively, either. “It was a very complicated graphic to be turned into something that’s mass-produced,” Jaguar Land Rover’s director of color and materials, Amy Frascella, told me in an interview.

Selecting the design of the mosaic was tricky, too. In addition to fitting with the geometric themes of the rest of the car’s cabin, “there has to be a visual hierarchy,” Frascella explained. “Having the lines intersect makes them softer rather than putting in a different color inlay. It’s meant to be subtle and rich.” Basically, you can’t visually overwhelm people by throwing out a bunch of competing patterns. It can get dizzying.

The team looked to high-end watches and parquet floors for inspiration. Very quickly, the chevron shape became a core design idea. Starting out, though, the team wanted to create a chevron graphic out of the micro-metal inlay that runs down the center console and directs your hand toward the controls. But that was deemed “too distracting” and they went with the wood instead. I have to say I agree with the move; the mosaic is a quietly tasteful addition to the interior. 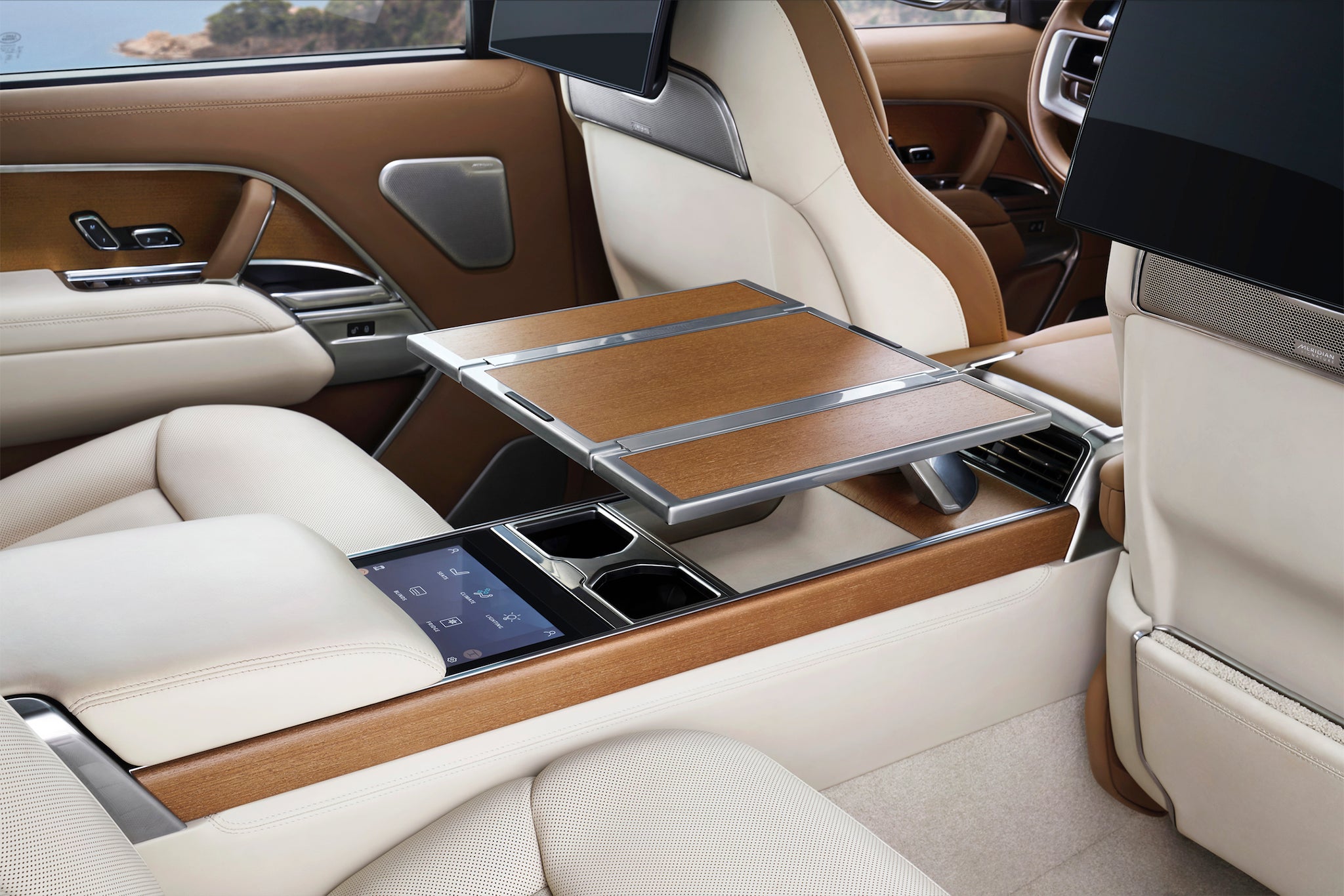 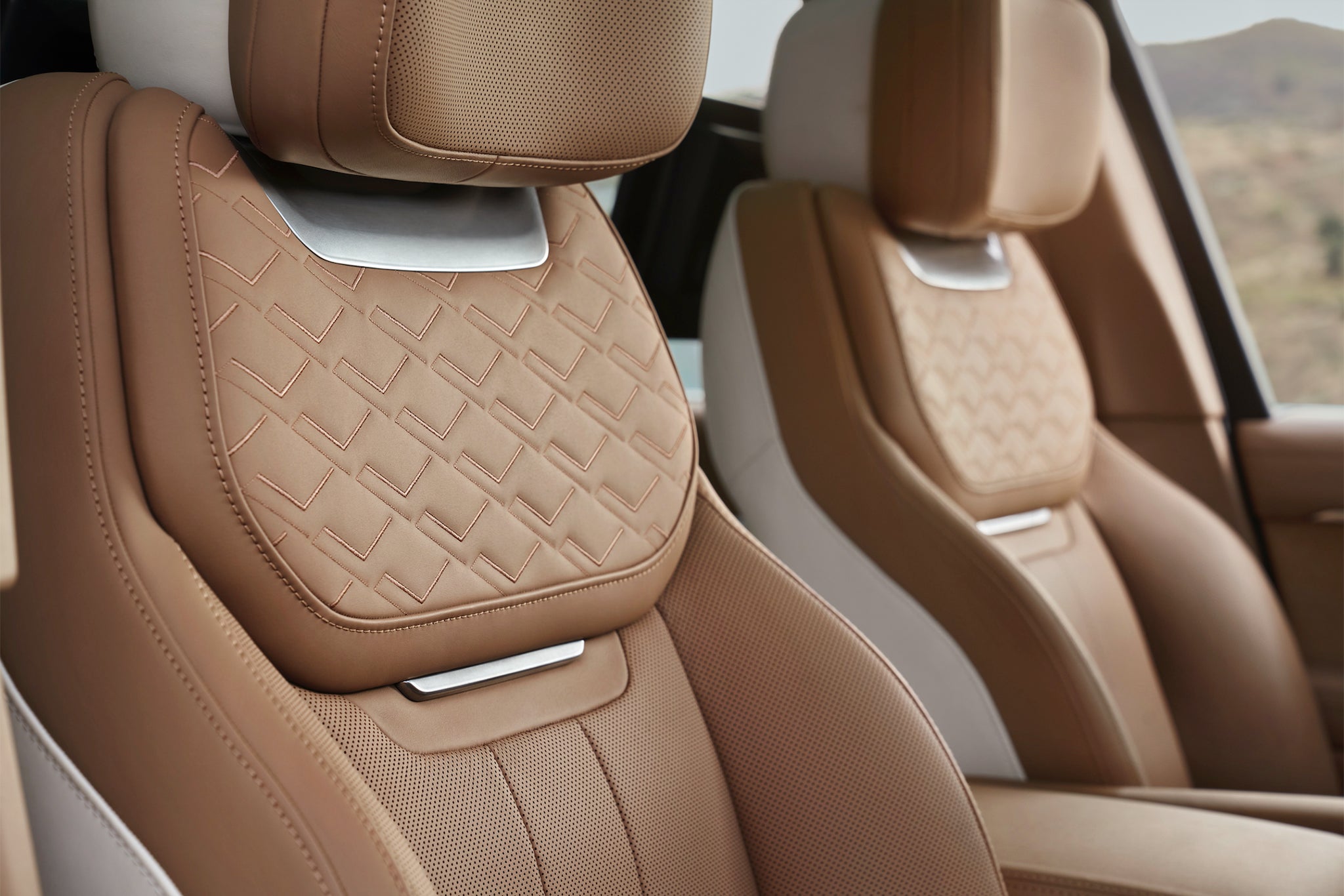 The wood itself, by the way, is an engineered veneer made from silver birch—Forest Stewardship Council-certified and responsibly sourced. From there, it undergoes a mass-production and industrialized process, so it isn’t just one person tasked with fitting all the pieces together by hand per car. Land Rover outsources the assembly to a supplier, however that unnamed supplier doesn’t give out much information on how long the whole process takes.

The SV treatment is available on both standard and long-wheelbase versions of the new Range Rover and includes a five-seat long-wheelbase configuration, a first.

I haven’t driven the new Range Rover yet so I can’t speak to any driving impressions, but it’s definitely a car I’d want to drive my friends and family around in, especially in SV guise. The back seat is a great place to kick back and chill, and the little unfolding table is just like the one you’d find on a luxury aircraft. Use it to do work or tuck into a roast pheasant.

One thing’s for sure, though: The wood mosaic sure beats these other trims you could have. 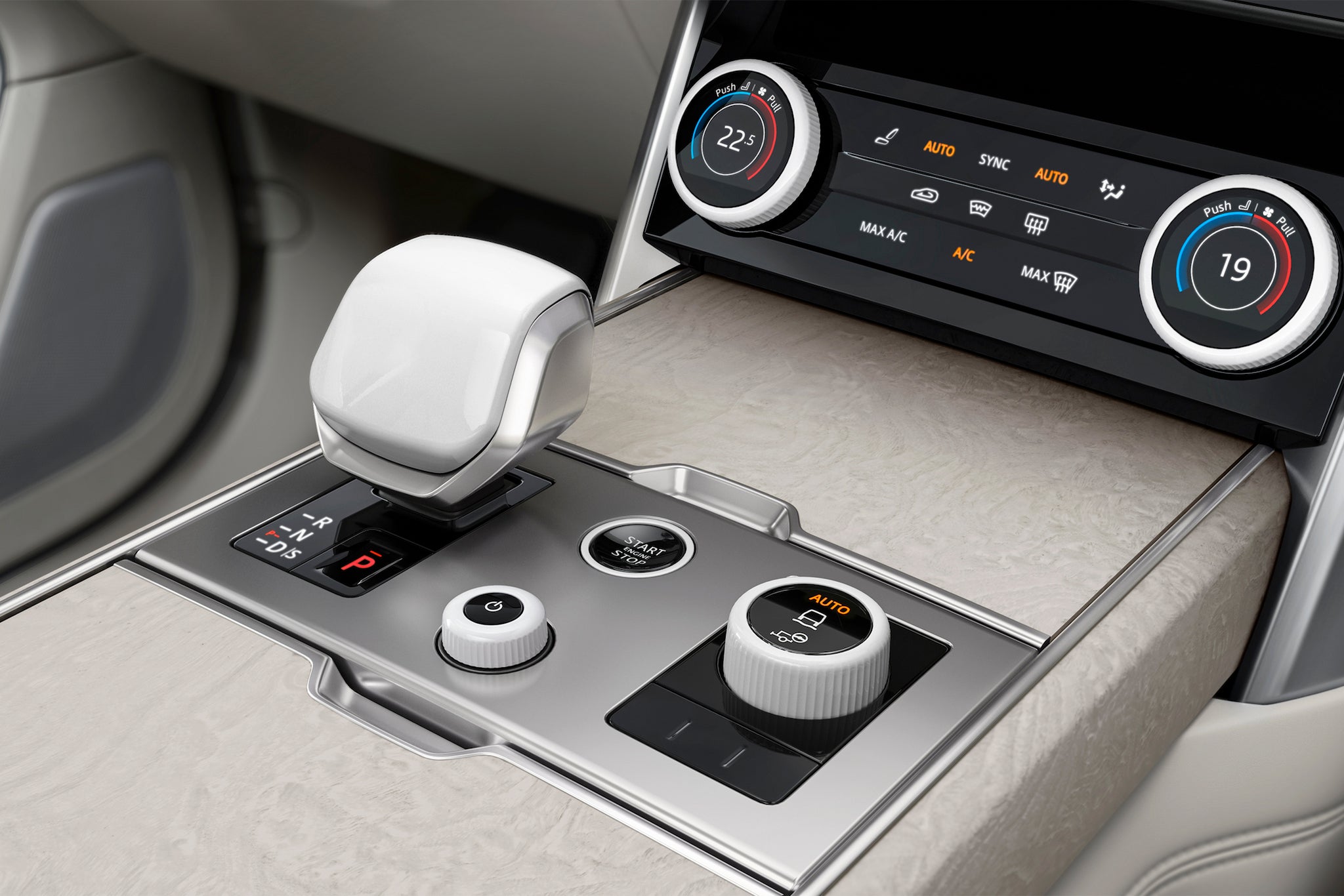 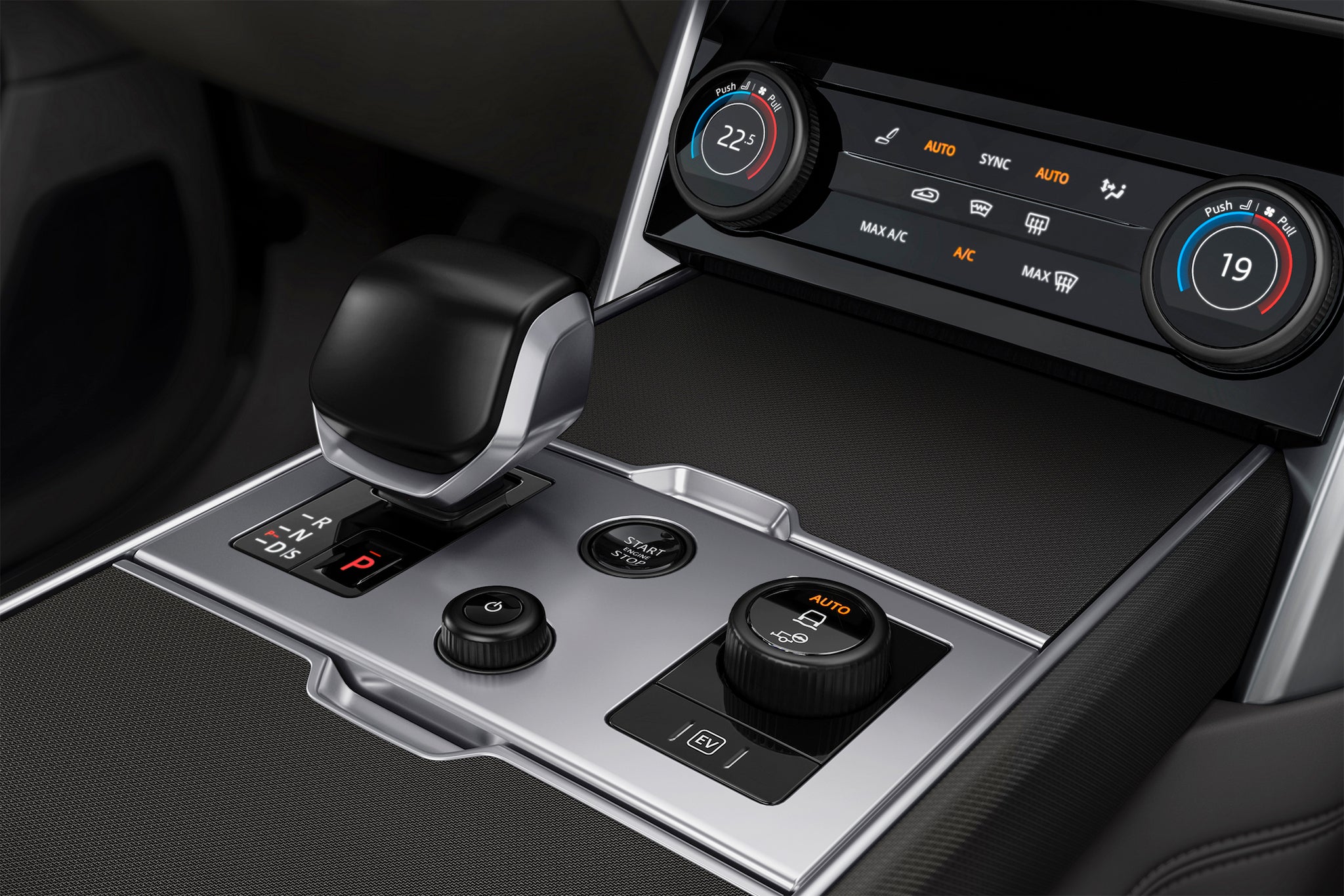 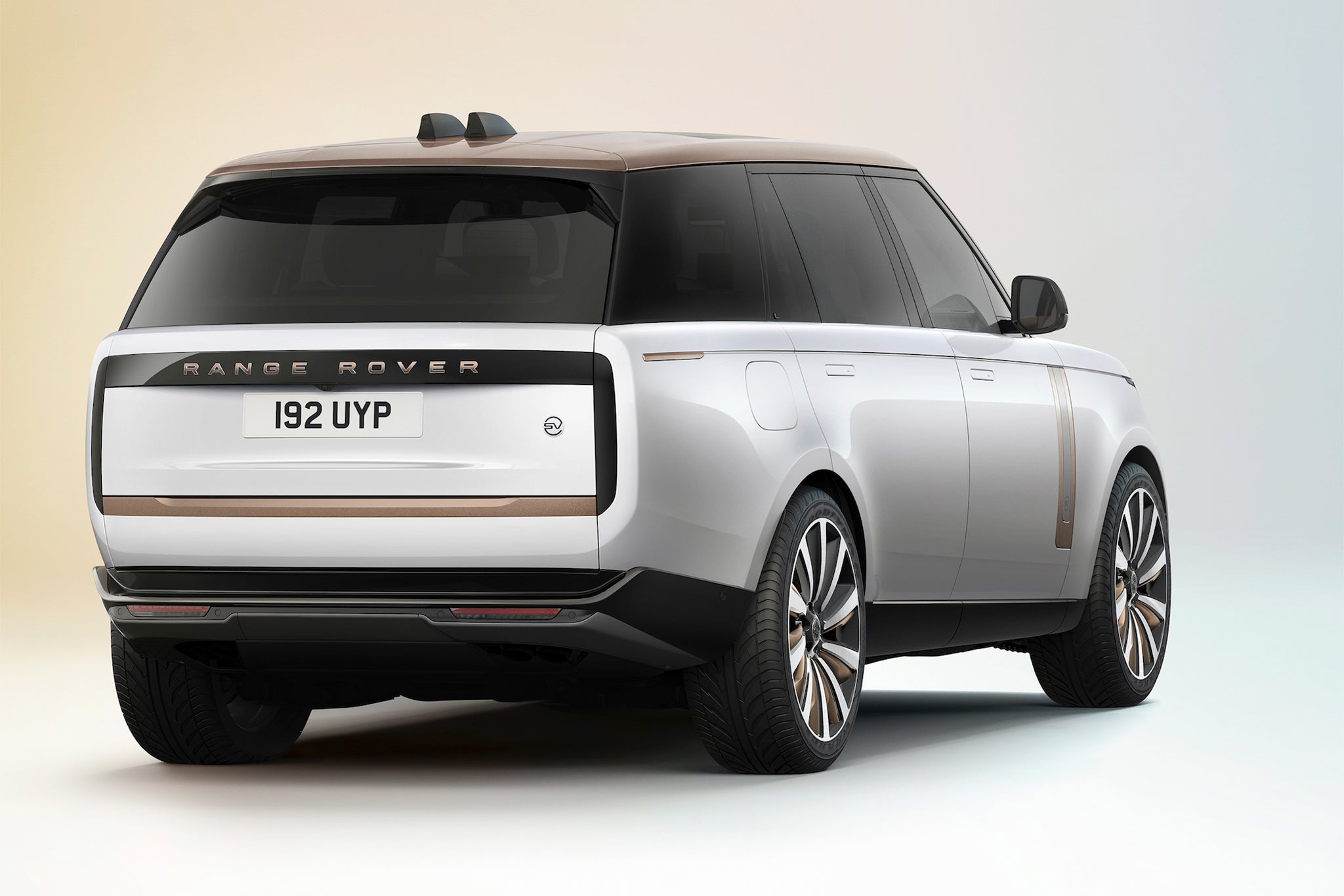 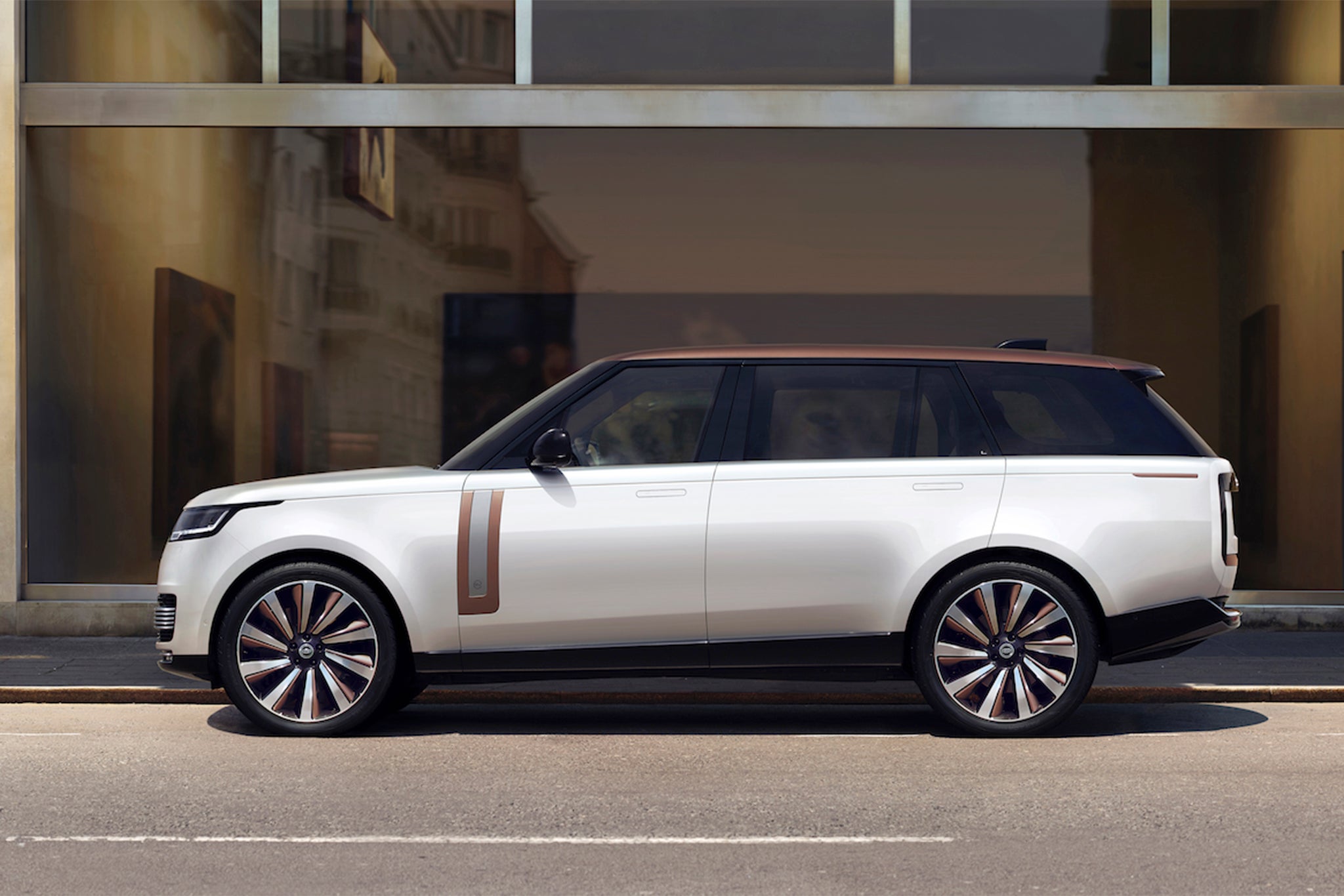