It’s no wonder General Motors’ small-block engineers had to get creative when designing the new Corvette Z06’s 5.5-liter, flat-plane crank V8. Never before had GM built an engine without a cross-plane crank, nor one that revved so high. Knowing they lacked experience when it came to these somewhat exotic lumps, the LT6 team decided to do some benchmarking—to sniff around and see how high-end European automakers built their flat-plane mills.

During a deep-dive presentation of the LT6, the so-called Gemini project’s chief engineer, Jordan Lee, had an interesting story to tell about how the team tested its rivals’ tech. “We did benchmark a tremendous number of competitors out there,” he said. “We looked at McLaren, Porsche, and intently [at] Ferrari.”

Lee went on to explain that when development started on the project back in 2014, the team was most interested in what made Marnaello’s engines tick. “We wanted a Ferrari 458 engine, to take a look at their components and see what they did,” he specified. However, straight-up buying a 458 only to extract its engine apparently wasn’t on the table that early in the development process. As a result, a more reasonable source for a test motor had to be found. “We were able to buy a wrecked car engine from Poland on Ebay,” Lee explained. “We sent them a check for something like $25,000, and we were all pretty pleased and thrilled that the engine actually did show up.”

Lee added that the team “didn’t know how legitimate” the buying process was at the time. As far as shipping it went, the motor was simply delivered on a pallet, according to Chevy spokesperson Trevor Thompkins. And yes, they had it sent right to their doorstep at the company’s Pontiac, Michigan engineering facility. Wonder if that raised any eyebrows in Poland.

From there the crew got into the meat and potatoes of the disassembly process, and Tadge Juechter, the Corvette’s chief engineer, said they were surprised at what they found inside. “I remember being amazed at how small their bearings were,” Jeuchter said. Just the same, Lee mentioned earlier in the presentation that they made “a lot of improvements in how we went about [our engine]” after looking at the F136 from the exotic Italian supercar.

Thompkins noted specific areas the team wanted to learn from, like how Ferrari protected various ignition and electronic components from the vibrations of the flat-plane crank. “One thing Jordan and team took a closer look at was Ferrari’s techniques for ignition coil isolation and securing electrical connectors to avoid fretting problems,” he told The Drive. “We came to our own solutions but examining engines like the [F136] was beneficial.” 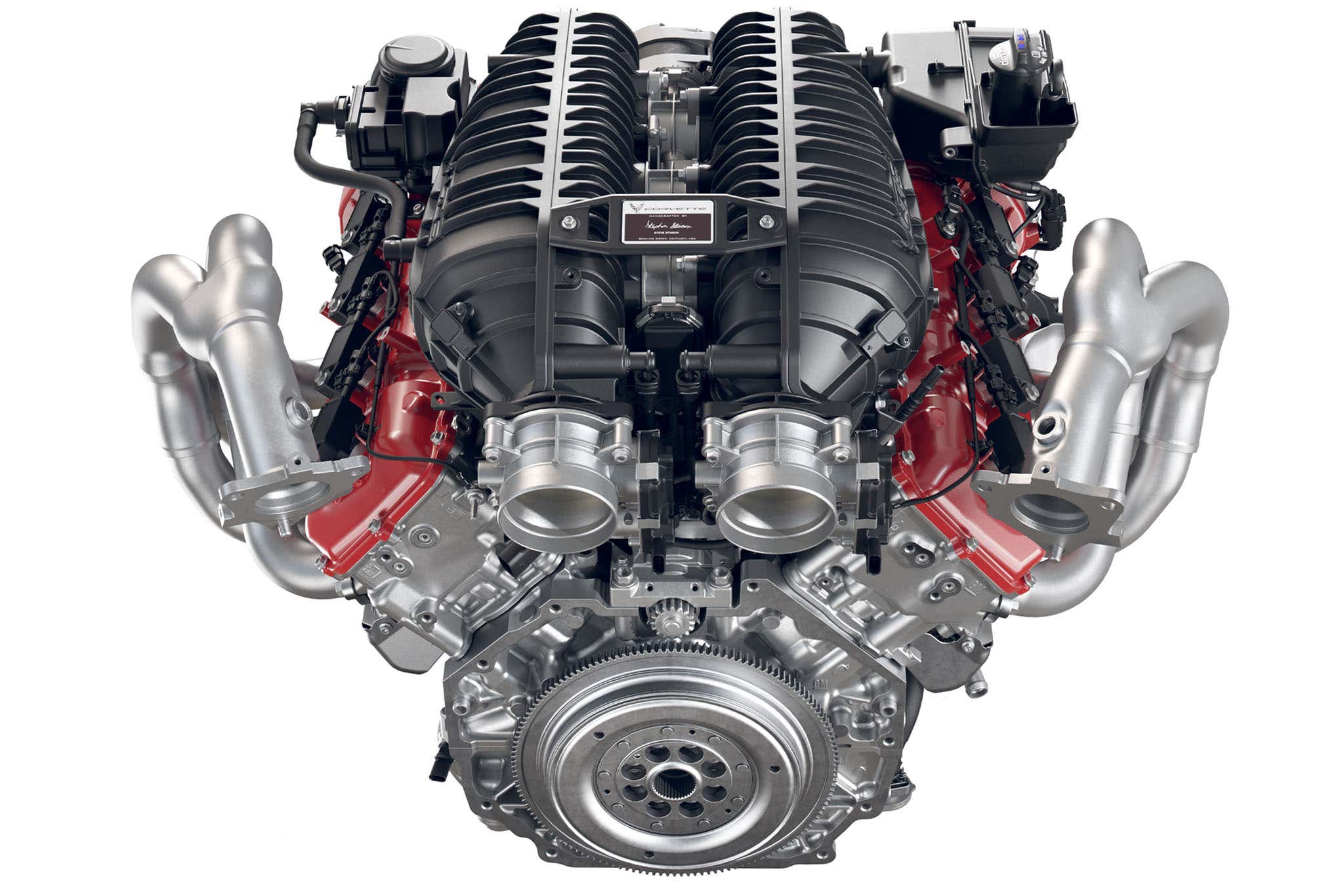 The LT6 engine from the new Z06 Corvette.

Later in the vehicle design process—once a C8 test mule was actually on the road—benchmarking of the prototype versus an actual 458 did take place. “The 458 was a part of the vehicle program team’s competitive set for Z06 as well, in large part because of the engine,” Thompkins said. To his point, GM was originally using a 458 to benchmark against the C8, then sold it and bought a 488 once that was available. Later, it reversed course and replaced the newer turbocharged Ferrari with a used 458 after realizing the new machine was lacking in “soul” as compared to its naturally aspirated predecessor.

Combine this exhaustive, subjective benchmarking with features engineered to make the new Z06 more joyous to drive, and you’ll understand why the hype surrounding the new 8,600-rpm, 670-hp ‘Vette is so strong. When it arrives at dealerships later this year for under $100,000, and when we eventually get behind the wheel, it will be a special day.