Chevrolet will be providing a “Bumblebee Camaro Collection” comprised of four vehicles to be sold at Barrett-Jackson’s Scottsdale auction coming up on the week of Jan. 12. These four Camaros have all had screen time in Michael Bay’s Transformers movie series, where the magic of CGI allowed them to turn into giant robots and punch other giant robots in the face. The vehicles will be auctioned off together to one winning bidder, with proceeds from the sale benefitting Operation Homefront, a non-profit organization that provides financial assistance and housing to U.S. military veterans and their families.

The first Camaro in the collection starred in both 2007’s Transformers and its sequel, Revenge of the Fallen, acting opposite Shia Labeouf in both films. Although the car closely resembles the rebooted fifth-gen Camaro that came out in 2009, it is actually a Pontiac GTO that was modified by Saleen in California with body panels and interior bits from GM’s concept car. 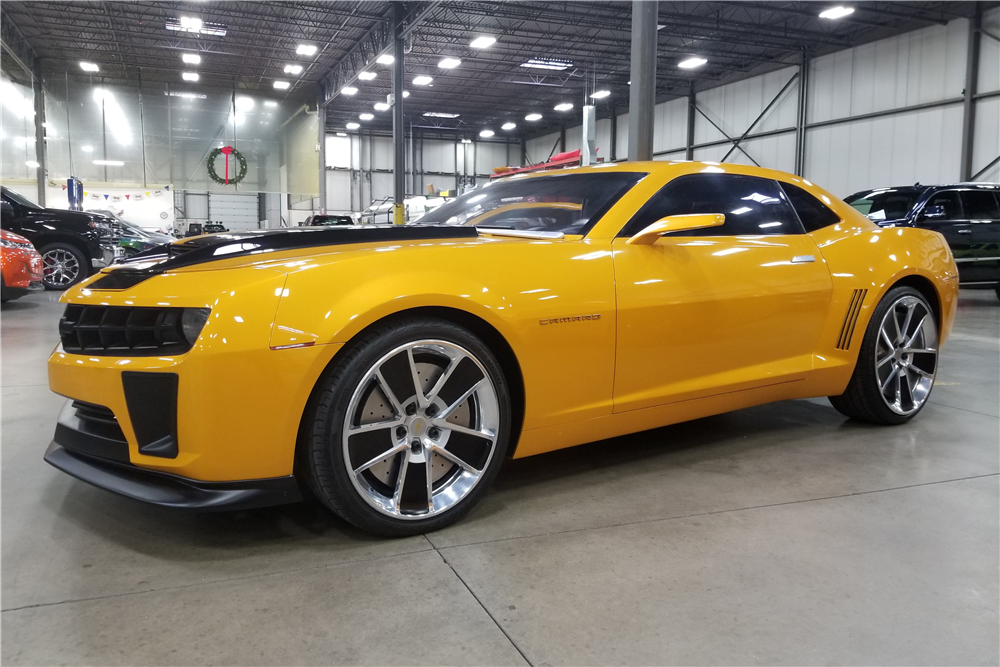 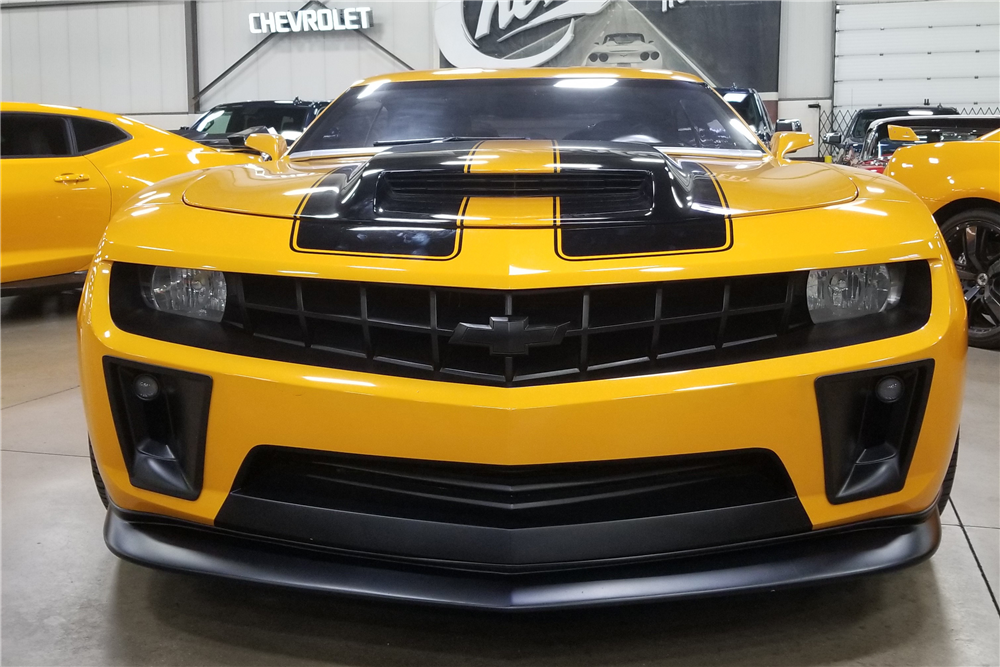 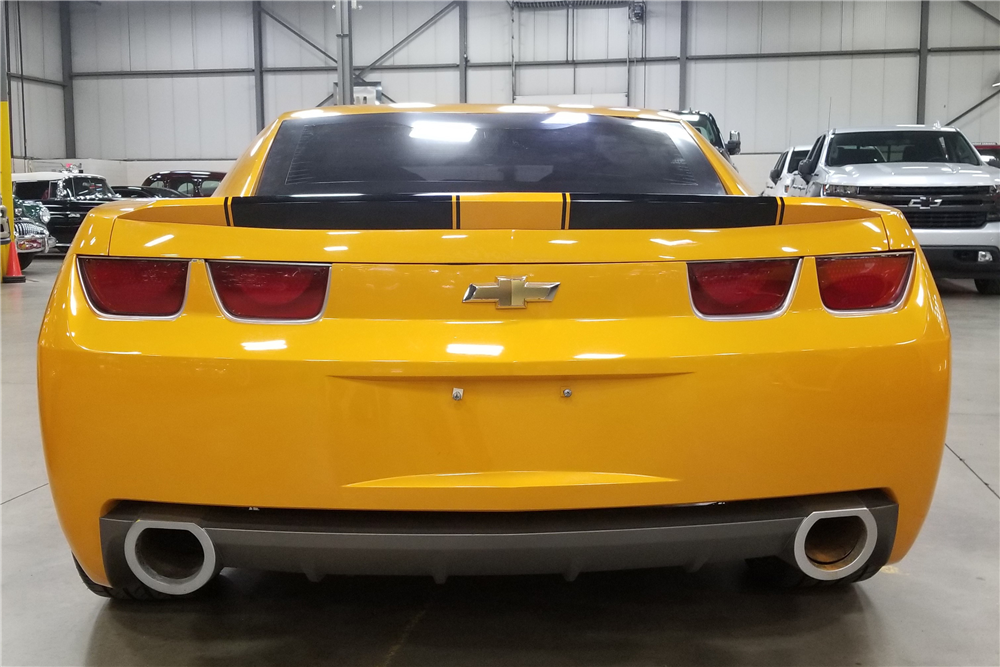 The next Bumblebee is a 2010 model that appeared in the third film, Dark of the Moon. It’s distinguished from the production Camaro by the addition of Transfomers badging, a cowl-style hood, and carbon fiber-accented spoilers at the front and rear. 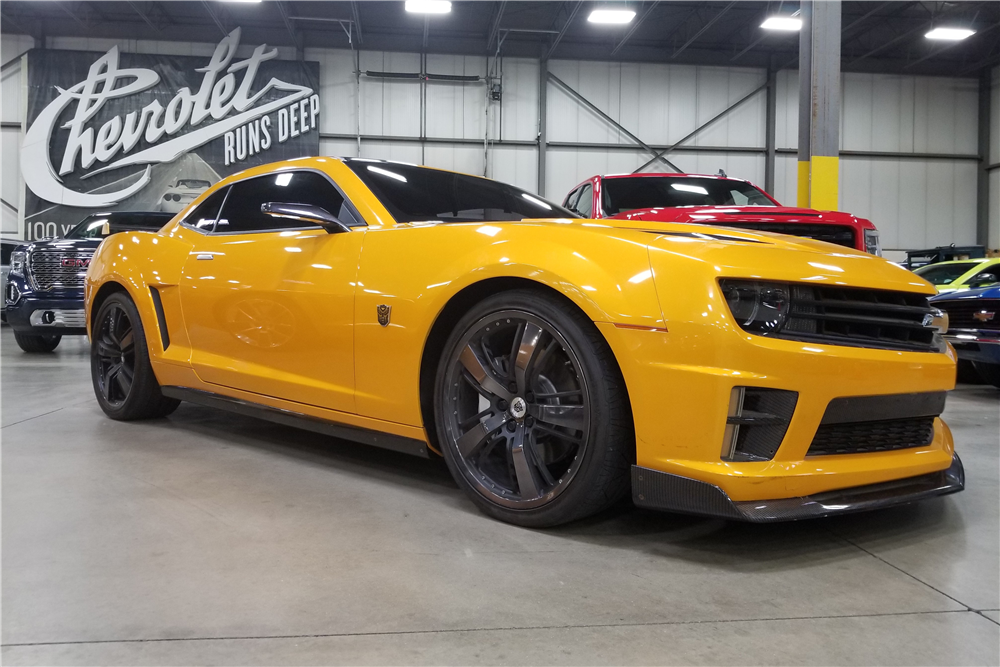 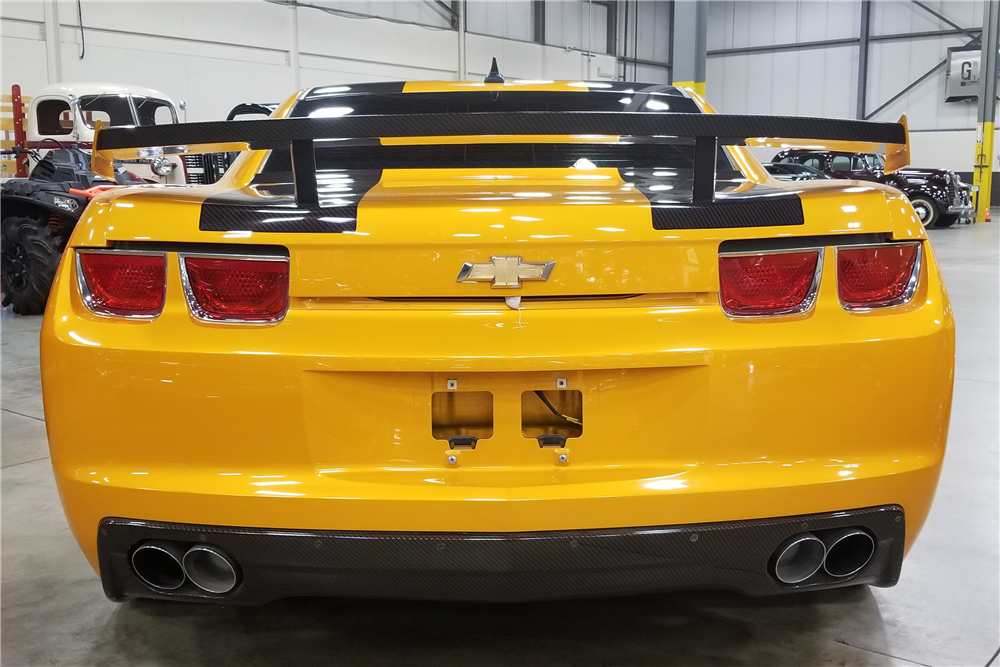 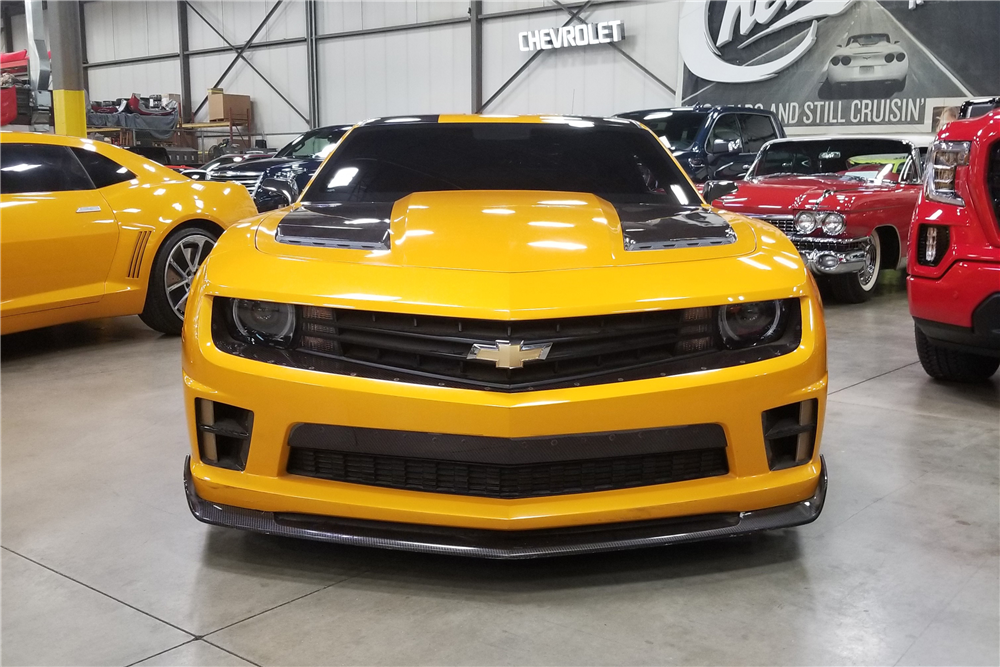 For Age of Extinction, Bumblebee got a new co-star in Mark Wahlberg of Funky Bunch fame, and a new look courtesy of a custom 2013 Camaro. This example has been modified to look more like the re-designed Alpha platform Camaro that would see its debut in 2016. 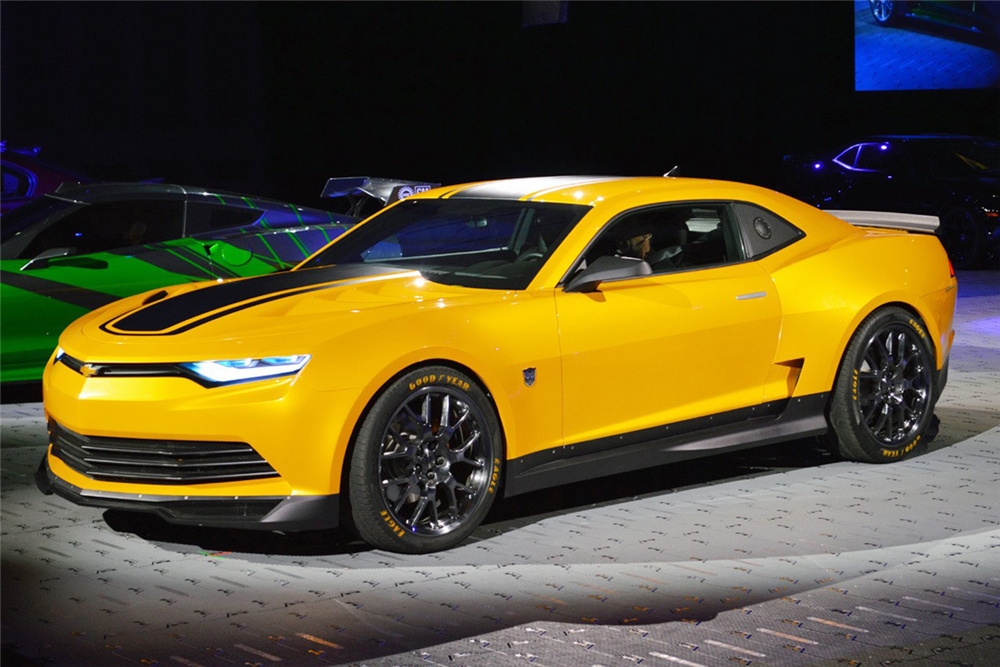 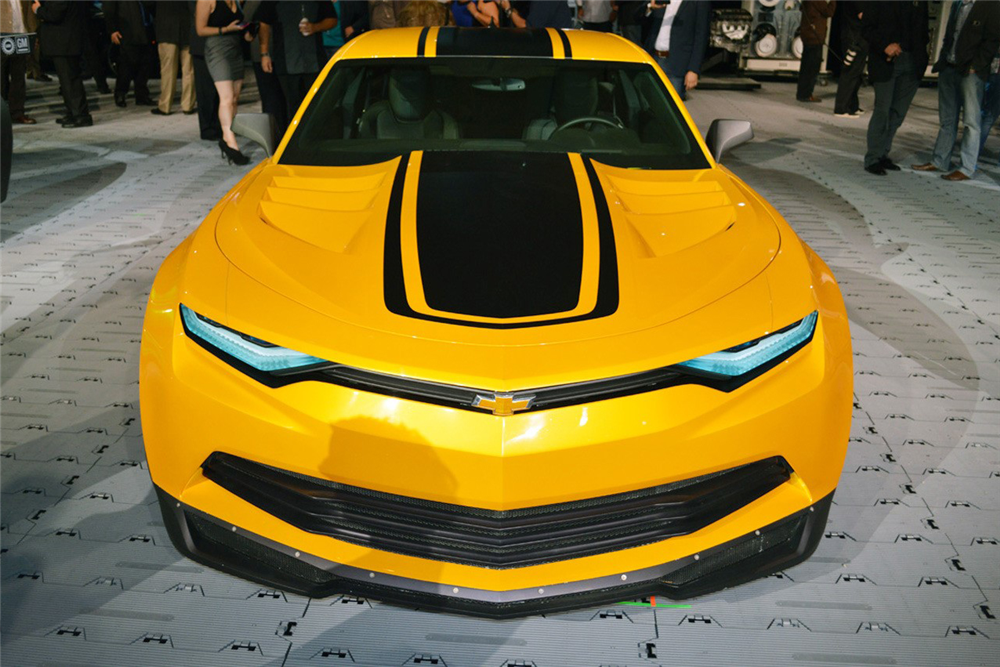 The final Camaro is a 2016 used in The Last Knight. This car was modified with an aggressive body kit and rear spoiler, as well an updated front fascia in line with the 2019 model’s recent refresh. 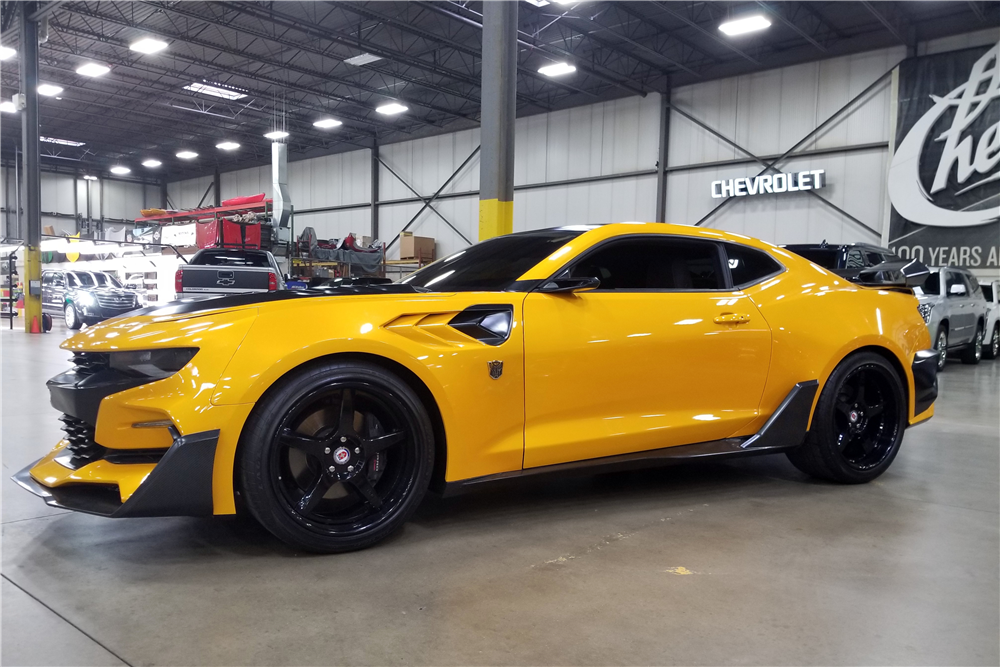 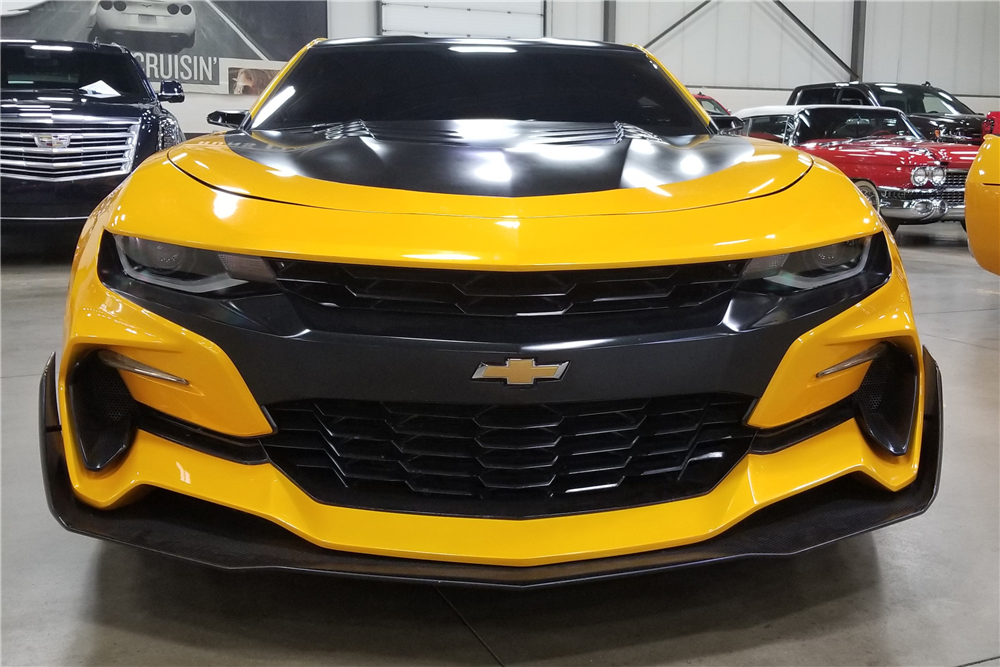 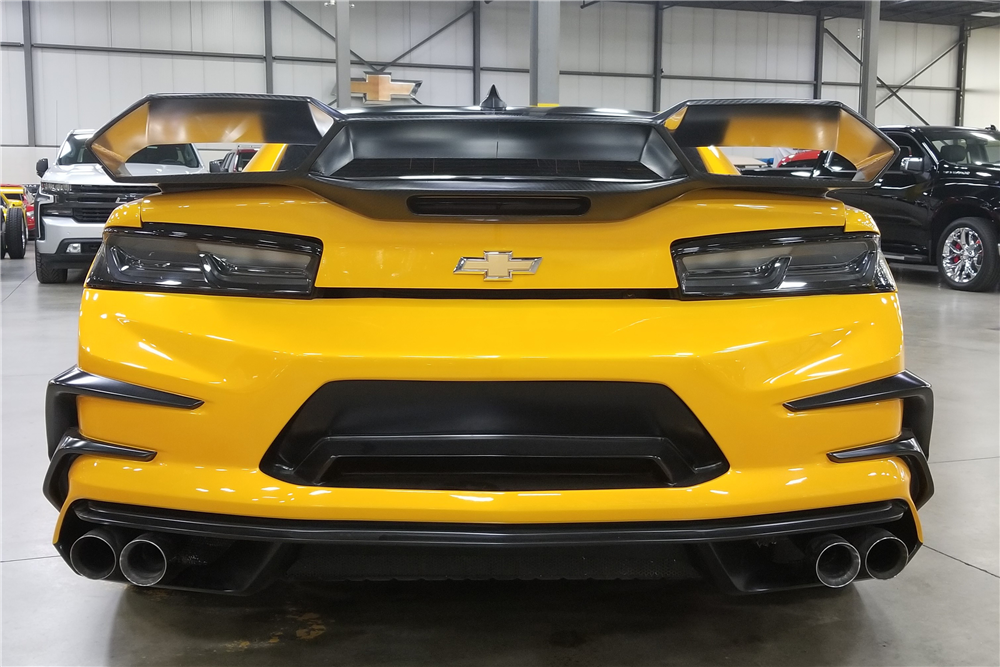 All four of these Camaros are powered by small block Chevy V-8s mated to automatic transmissions. They’re also all being sold with scrap titles, meaning they cannot be registered for road use. Even if there aren’t many places they can be driven, these black and yellow muscle cars will look pretty in a collector’s garage, and the money spent will go to a good cause.