Now that Jeep has the Gladiator and Ram might possibly, maybe bring back the Dakota, Stellantis has only one hole in its U.S. truck lineup: The ute. Car-based trucks aren’t unfamiliar to us Americans—we once were offered a choice between the Ford Ranchero, Chevrolet El Camino, and Dodge Rampage. But arriving during the ute’s dying days, after the Ranchero had already kicked it, the Rampage was doomed to swim upstream even if it hadn’t been a disappointing, front-drive relative of the Plymouth Horizon. It wasn’t the rear-drive tire toaster its name suggested, but such a Dodge ute is no fantasy because someone has used a Charger to create the Mopar ute the world has always needed.

This Chargero, if you will, was assembled from a 2006 Charger R/T and a ute kit supplied by Smyth Performance, a name you may know from those VW Jetta pickups. Its conversion involved reinforcing the car’s unibody to fit the kit’s corrugated aluminum bed, which this car’s seller on Bring a Trailer says can support an 800-pound payload—plenty for a light-duty sport truck. 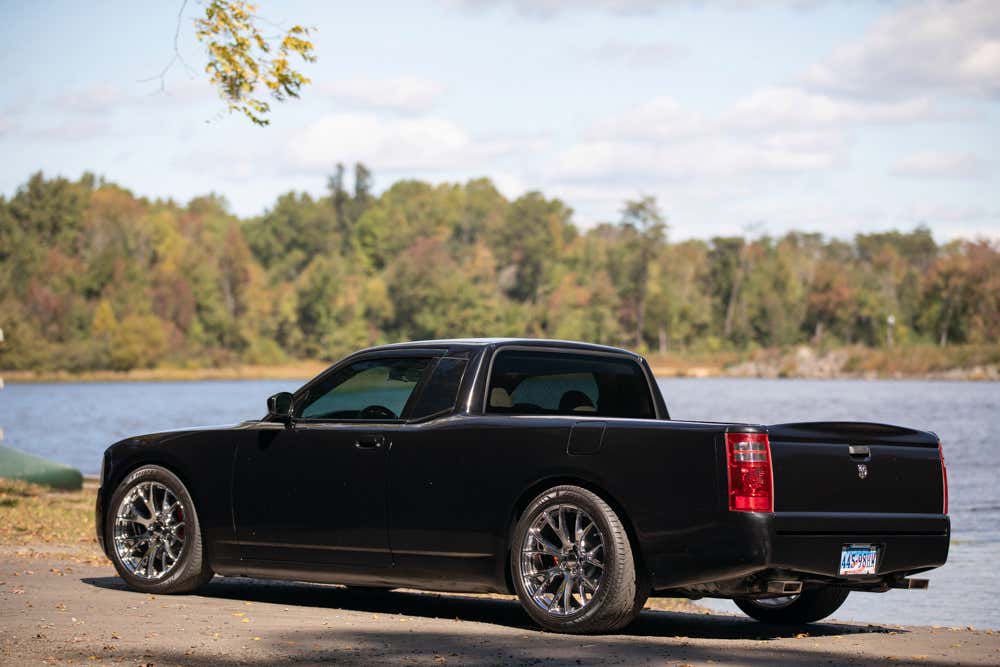 And it certainly earns the sport truck label with a 5.7-liter Hemi V8 under the hood. Its 340 horsepower and 390 pound-feet of torque file through a five-speed automatic transmission to the rear axle, which with less weight on it and lower, stiffer suspension, should be easier to smoke than brisket. Its 20-inch, Hellcat-style chrome wheels fill its fenders better than the stock 18s ever did, though perhaps not as well as the widebody Redeye’s do.

Given how good this conversion came out, there’s an argument to be made that Dodge itself should offer a ute when it renews the Charger around 2023. Of course, it’d have to sell well enough to justify its cost, which places the burden of establishing its business case on the shoulders of Bring a Trailer bidders. Having already bid this Charger ute to $7,777 with six days to go, though, they’re well on their way toward making a case for Dodge’s hypothetical factory charger ute. So we hope, anyway.

What If Supercar Manufacturers Built Bikes Instead Of Cars?
Car Reviews