Home » News & Features » Corvette Weekend: The C6 was the Evolution after the C5 the Revolution. Corvette Weekend: The C6 was the Evolution after the C5 the Revolution.

We are nearing the end of Corvette Week with the sixth generation C6 produced from 2005 to 2013. If the C5 brought the Corvette back from the dead, then the C6 turned the Corvette in a superhero. Anything that could have been improved up from the previous generation was, which made for a car that exceeded the expectations of everyone.

The engineers and designers working on the Corvette were tasked not with a full redo, but to help the current recipe evolve into something better. The C6 was developed simultaneously with the Cadillac XLR by many of the same teams of people, but with the XLR slated to go on sale before the Vette, it was prioritized higher. Once work on the Caddy was done and dusted, it was pedal to the medal on the C6. 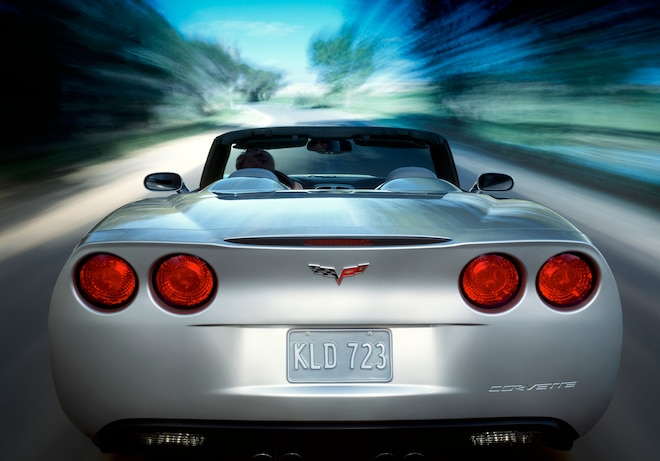 Dave Hill was the chief engineer who lead his team with the goal of both increased excitement and refinement to the platform. With GM wanting to expand sales in Europe, the car needed to be more compact. Five more inches were cut from the length and one inch was shaved from the sides, while the wheelbase actually increased a little over an inch. At first glance, the C6 looks like it wants to tear you to pieces, which is in large part to Chief Designer Tom Peters, who was strongly influenced by the C2. Like Harley Earl half a century before, he drew inspiration from airplanes, specifically the YF-22 fighter. The wide and pointed fender curves, sharp rear lines, and tapered cockpit style communicate the aeronautical influence perfectly. The aerodynamics of the car were developed with the C6.R GT racecar in mind. The production car engineers collaborated with the race team to maximize cooling and low drag coefficients by reverting back to the center grille opening as opposed to the split grill of the C5 (and several Pontiac models of the time). 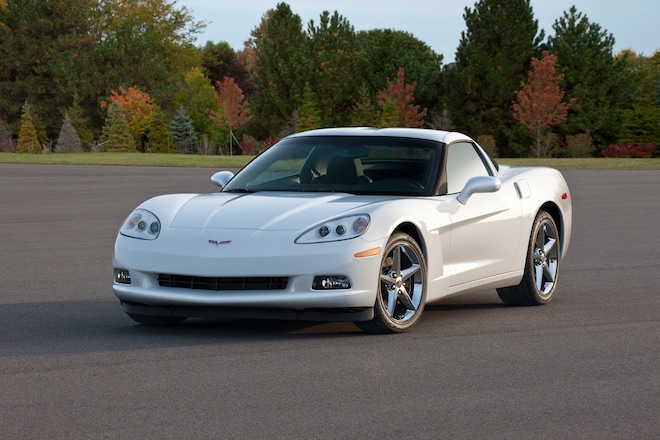 The focus of the interior design was refinement. Gone was the typical ‘90s puffy, plastic style and in came aluminum accents and a simpler design that still retained the twin-cowl dash that started with the C2.

The changes weren’t just limited to aesthetics, either. The LS engine remained under the hood but was punched out to a 6.0L. The compression was bumped up to 10.9:1 and the intake was redesigned to flow 15 percent more air. This and more resulted in a big jump in power to 400hp and 500 ft-lb of torque. Reinforcing the notion that this was a performance car first, the six-speed Tremec T-56 came as standard equipment with the automatic as an option. An updated version of the C4 and C5’s Computer Aided Gear Selection (CAGS) was included to allow drivers to skip from first to fourth gear when driving at low rev, around-town speeds. This sneaky little feature allowed Chevrolet to circumvent the gas guzzler tax that many other high-performance cars succumbed to at the time.

So far so good, but where the C6 gets really exciting are the ZO6 and ZR1 editions. Let’s start off with the ZO6. This version featured a fire-breathing, hand-built 427ci (6.2L) LS7 engine with titanium connecting rods. It was kept healthy under spirited driving via a dry-sump oiling system. To keep weight down, the frame was made of aluminum instead of steel, and the fiberglass was ditched in favor of carbon fiber front fenders. Like the C5 ZO6, much of the insulation within the chassis was removed. 275- front and 325mm-wide rear came standard, wrapped around bespoke forged aluminum wheels. Six-piston front and four-piston rear calipers were tucked behind for maximum stopping power, a necessity considering the car flew to 60mph in just under four seconds and ran an 11.7-second quarter-mile at 125mph. 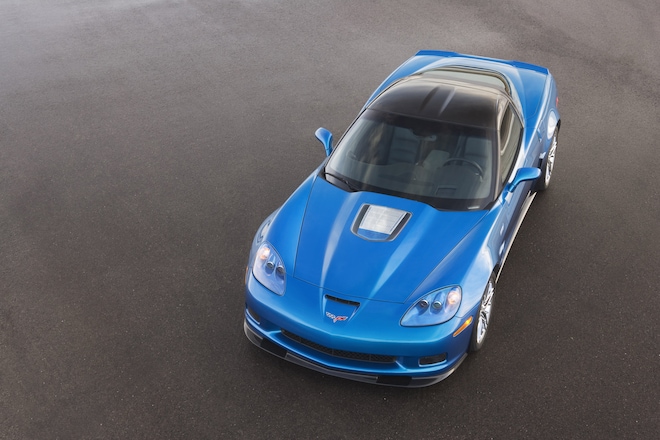 The ZR1 badge returned in 2009 and came back with a vengeance. The special 7.0L LS9 engine had a blower strapped to it making 638hp and 604 lb-ft of torque. Giant carbon Brembo brakes and stopped this monster in 97 feet and after it got to 60 mph in a mere 3.3 seconds. The roof, hood, fender, rocker panels and front splitter were all made of carbon fiber to keep things light. The magnetic dampers made for laser-precise handling that rivaled the best of European manufactures. With just over a 100k price tag, the ZR1 was and still is one of the best bang-for-buck sports cars on the planet that could make short work of fancy exotics with some blue-collar grunt.

It is clear that the Corvette was playing with the big kids. Sure, the C6 still held the America’s sports car title (unofficially), but it did more than just hold a candle to its competitors, it threw the hot wax in their faces. It’s hard to believe that it would get any better from here, yet soon we would arrive at the most groundbreaking and sophisticated Corvette of all time. Blame us for missing Sunday brunch tomorrow as you read about the perhaps the last front engine Corvette ever: the C7.

Catch up on the all of the previous generations at the links below!