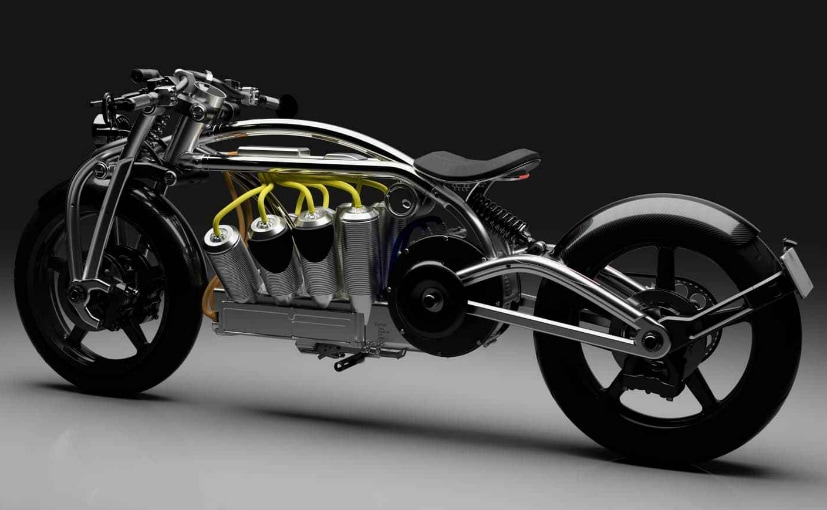 Curtiss estimates the Zeus to have maximum power of 217 horsepower and almost 200 Nm of immediate torque. The front suspension is an aluminium girder type fork and the chassis is a hand-welded titanium/chromoly tubular frame with carbon fibre wheels. Curtiss hasn’t disclosed any estimated range on a single charge from the V8-style battery pack yet. We expect it to be a cracklet of a performer and the final production model is expected to be radically designed going by what Curtiss Motorcycle (formerly Confederate Motorcycles) has been designing and developing in the past, mainly bespoke performance cruisers.

Curtiss Motorcycles was previously known as Confederate Motorcycles. After changing the name and switching to electric motorcycles in 2017, the company released a series of prototype designs for the Zeus electric motorcycle. Curtiss was originally using motors from Zero Motorcycles on the Zeus, but ultimately switched to a proprietary Yasa P400R motor. The Curtiss Zeus V8 is expected to be launched in production form as a 2020 model, and it won’t be cheap, with an estimated price tag of $ 75,000 (over ₹ 51 lakh under current exchange rates).

Faraday Future Fires Employees That Were On Unpaid Leave