Normally, it doesn’t rain much at Zion National Park this time of year; according to the park’s official site, the average amount of precipitation is only 0.3 inches for the month of June. It caused problems, then, when over an inch fell in just one hour on Tuesday, leaving roads, parking lots, and buildings caked in feet of mud near Zion’s main entrance. Clean-up efforts began the next day and according to the folks working there, it could be a weeks-long project.

Zion is recognizable for its canyons and lofty hiking trails, and off-roaders love its tricky terrain that’s usually covered in dirt, sand, and rocks. When all that gets wet, though, it starts sliding downhill and trapping parkgoers in the truest representation of a flash flood. 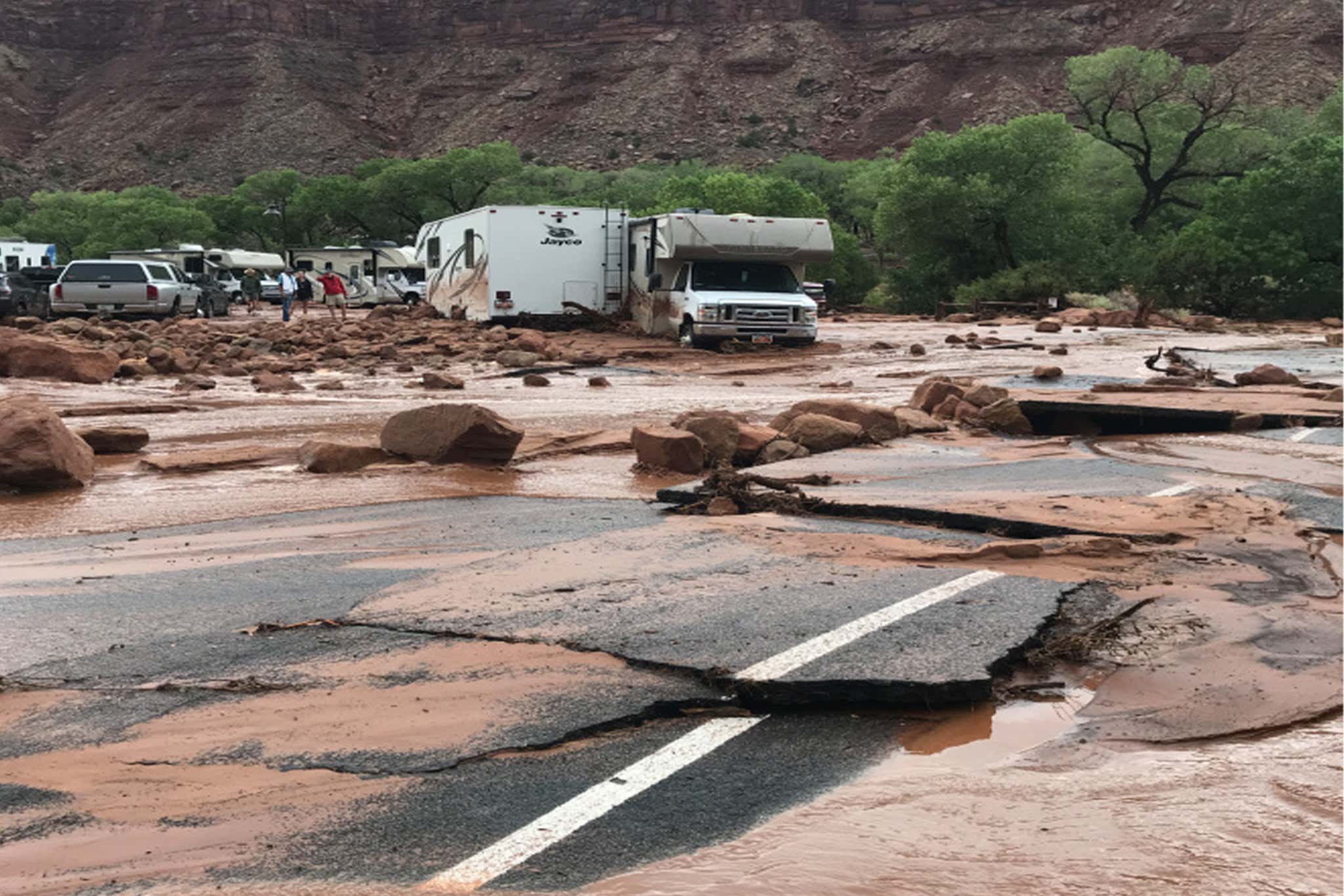 Videos of the carnage went viral as people shot one clip after another of the muddy water rushing through the area. Cars were carried by the swift current, bashing into each other and anything else along the way. Local news outlets interviewed out-of-towners who planned to visit just for the day, though their stay was promptly extended when they couldn’t back their cars out of the muck.

The local crew from Casey’s Off-Road Recovery was tapped to come in and help clear roughly 150 vehicles. They posted footage of the job to YouTube and sent a handful of other snippets to The Drive, showing the mess that had vehicles buried up to their floors. It took plenty of shovel work and heavy equipment to get them out, but that was only the start. 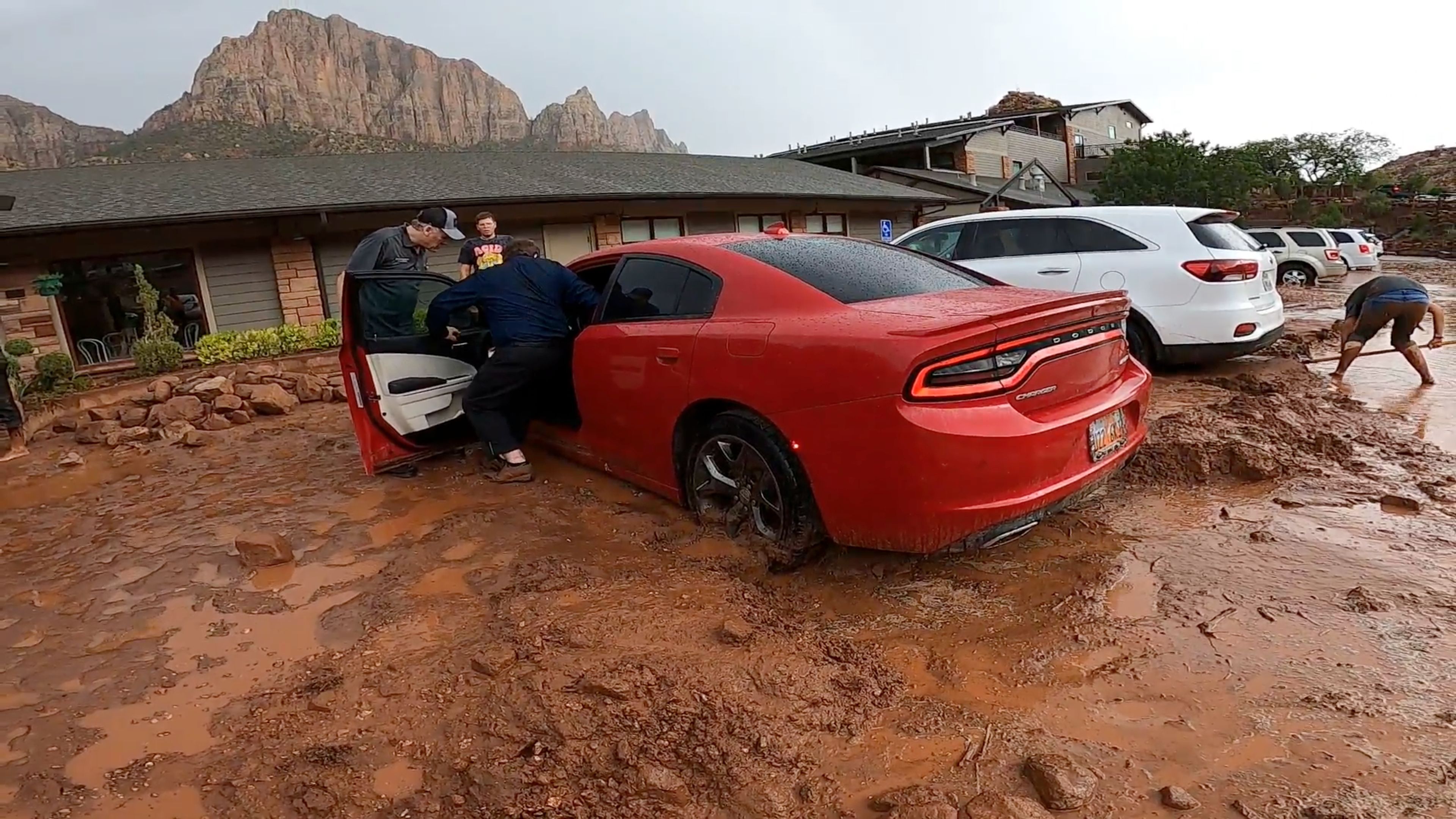 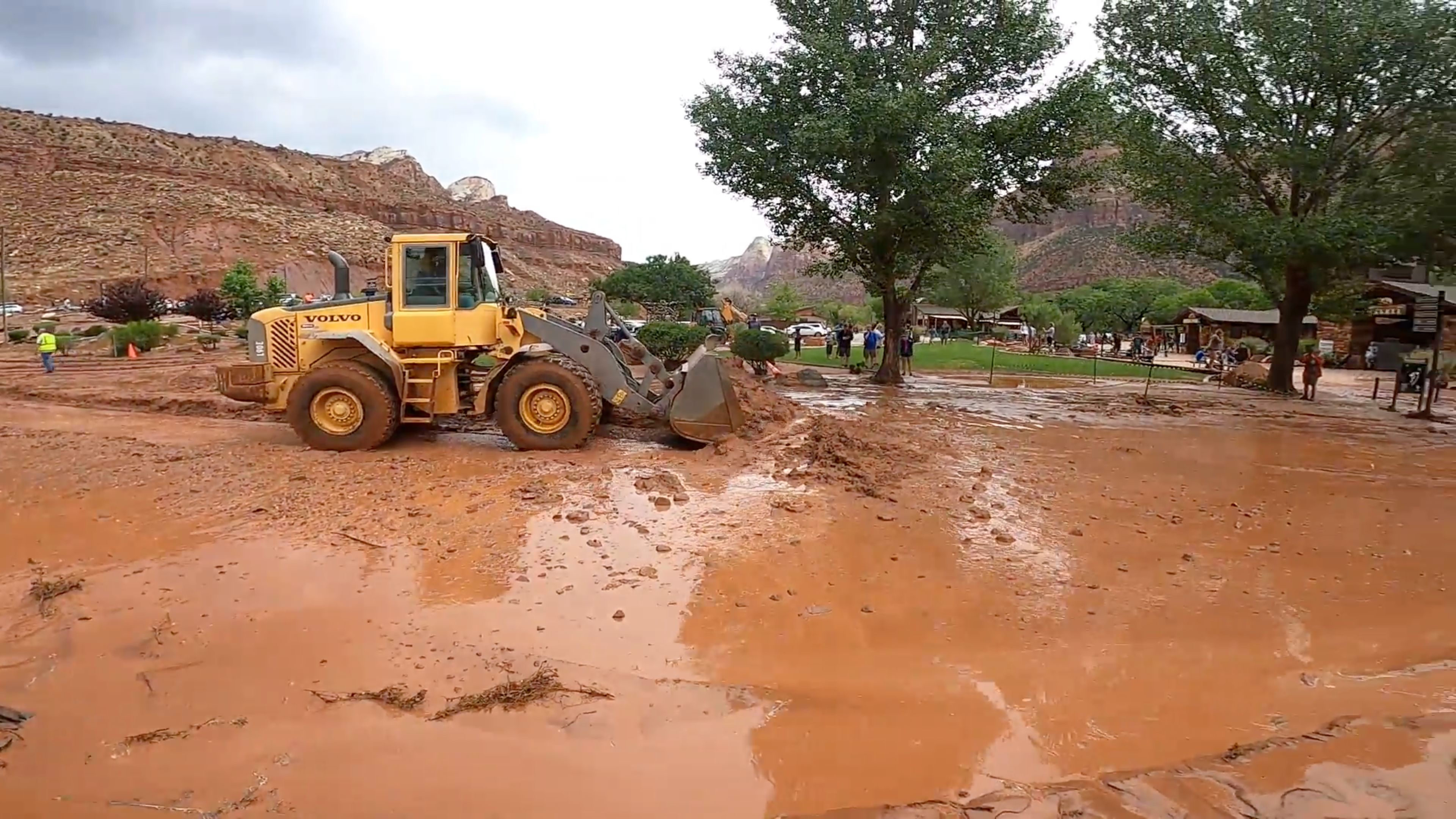 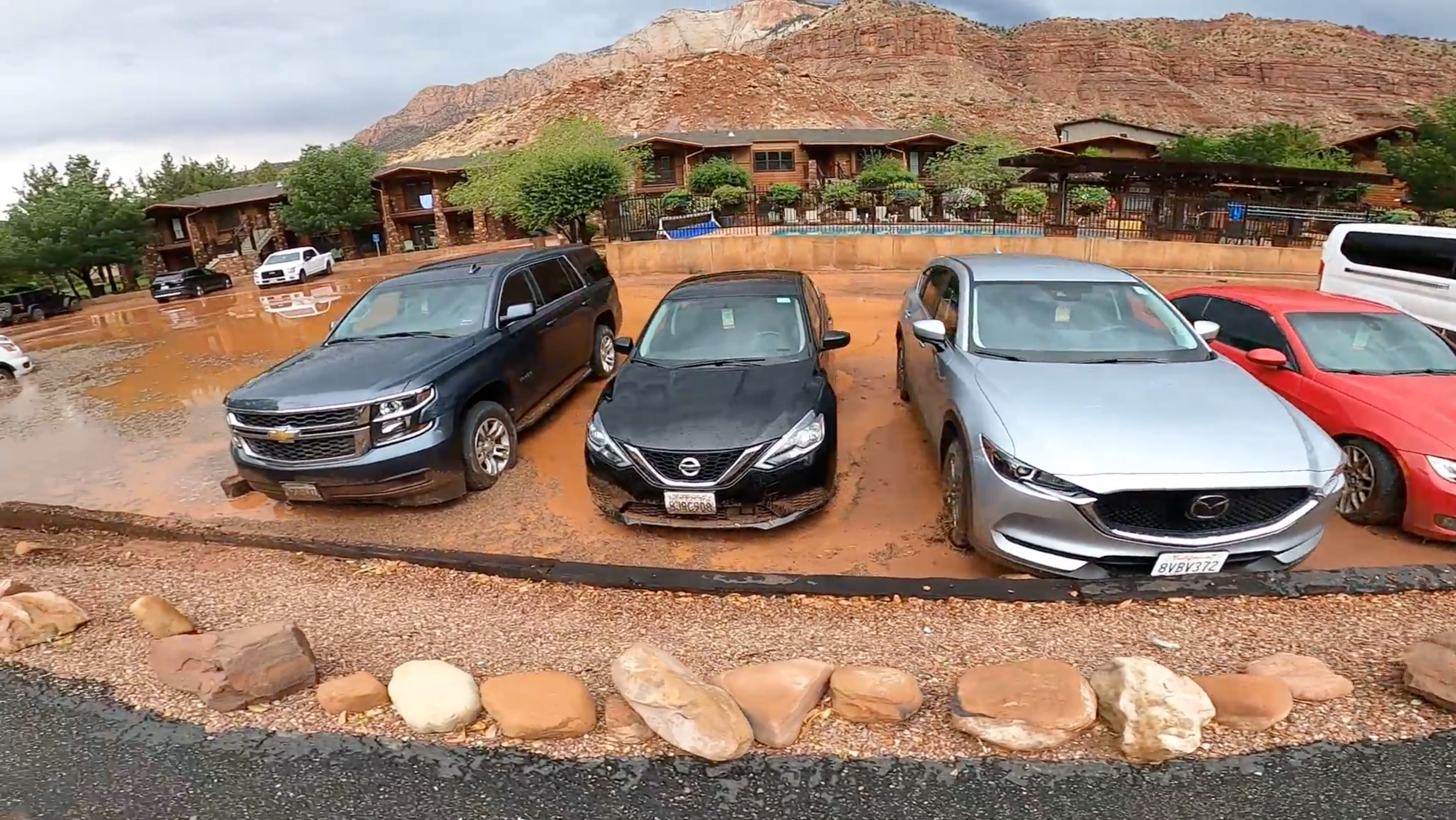 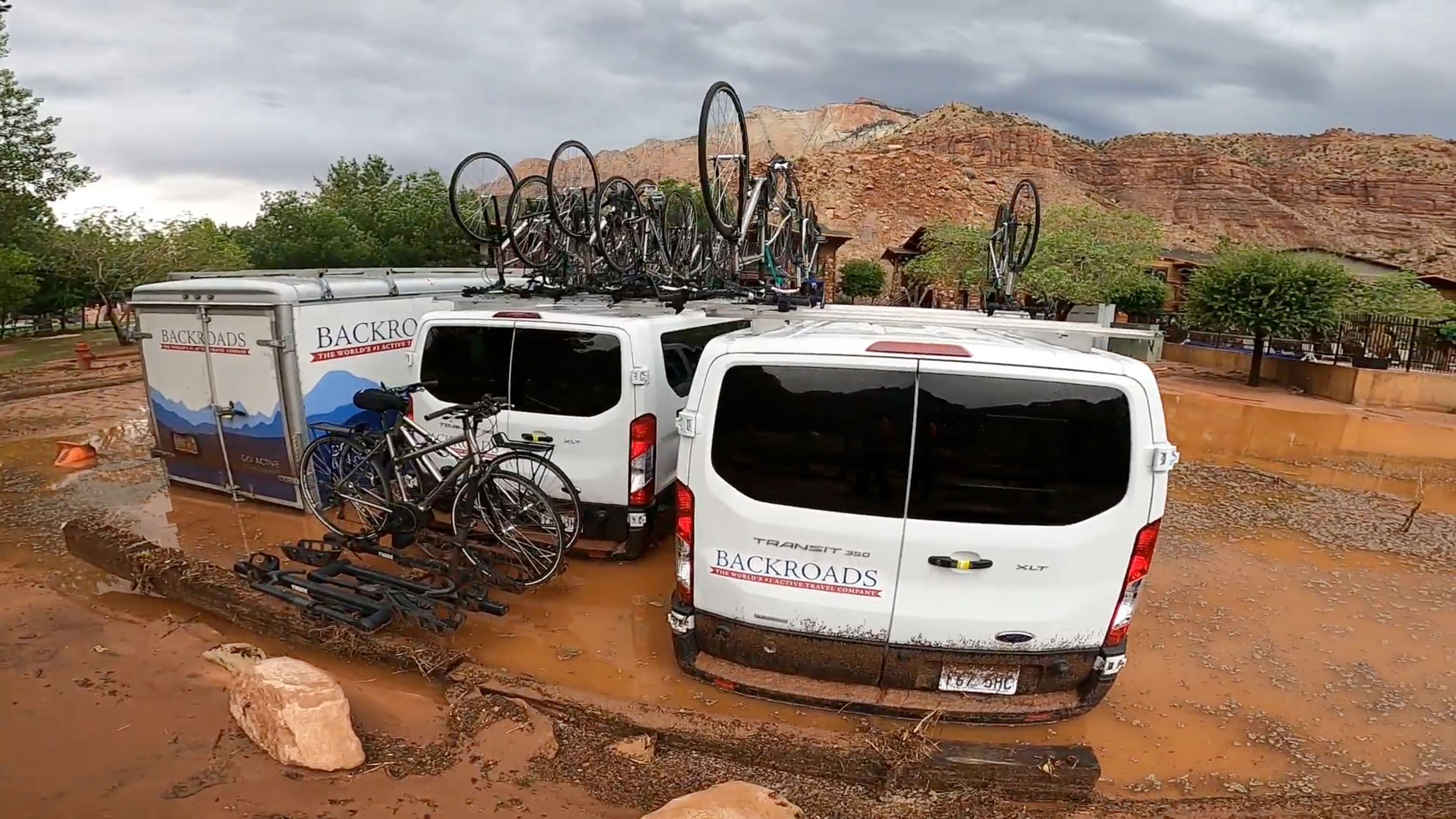 Now that more volunteers have turned up with hefty front-end loaders, skidsteers, and the like, it’s clear that the park’s transportation infrastructure is severely damaged. Roads were broken into chunks by the flooding while sidewalks buckled and many areas have been closed off to vehicle traffic. There’s still more damage being discovered throughout the park, though they luckily avoided another flash flood on Wednesday after the risk was labeled as “probable” by the National Weather Service.

Some businesses are, understandably, choosing to close their doors rather than pay huge sums of money to restore facilities back to normal. Cable Mountain Lodge and Zion Campfire Lodge took on a bulk of the damage, and the latter will be torn down before long.

As for the roads and off-road trails, it’ll be a work in progress for weeks and potentially months to come.