Despite some automotive assembly lines reopening in recent weeks, it looks like low parts supply and the resulting high prices brought on by the global semiconductor shortage are sticking around. Ford has just announced temporary, weeks-long shutdowns for its North American assembly plants over the next couple of months, according to Reuters.

Via The Detroit News, the company’s Chicago factory, which produces Ford Explorers, will be closed for essentially the rest of July before two shifts are brought back in August. Meanwhile, production on the best-selling vehicle in the country is being put on hold as the F-150 plant in Kansas City will also pause for a couple of weeks this month. In turn, the Dearborn truck plant will run just two crews during the latter three weeks of July. The Flat Rock Mustang plant will be down for two weeks while the Bronco Sport factory in Mexico will run at half capacity during that same period. 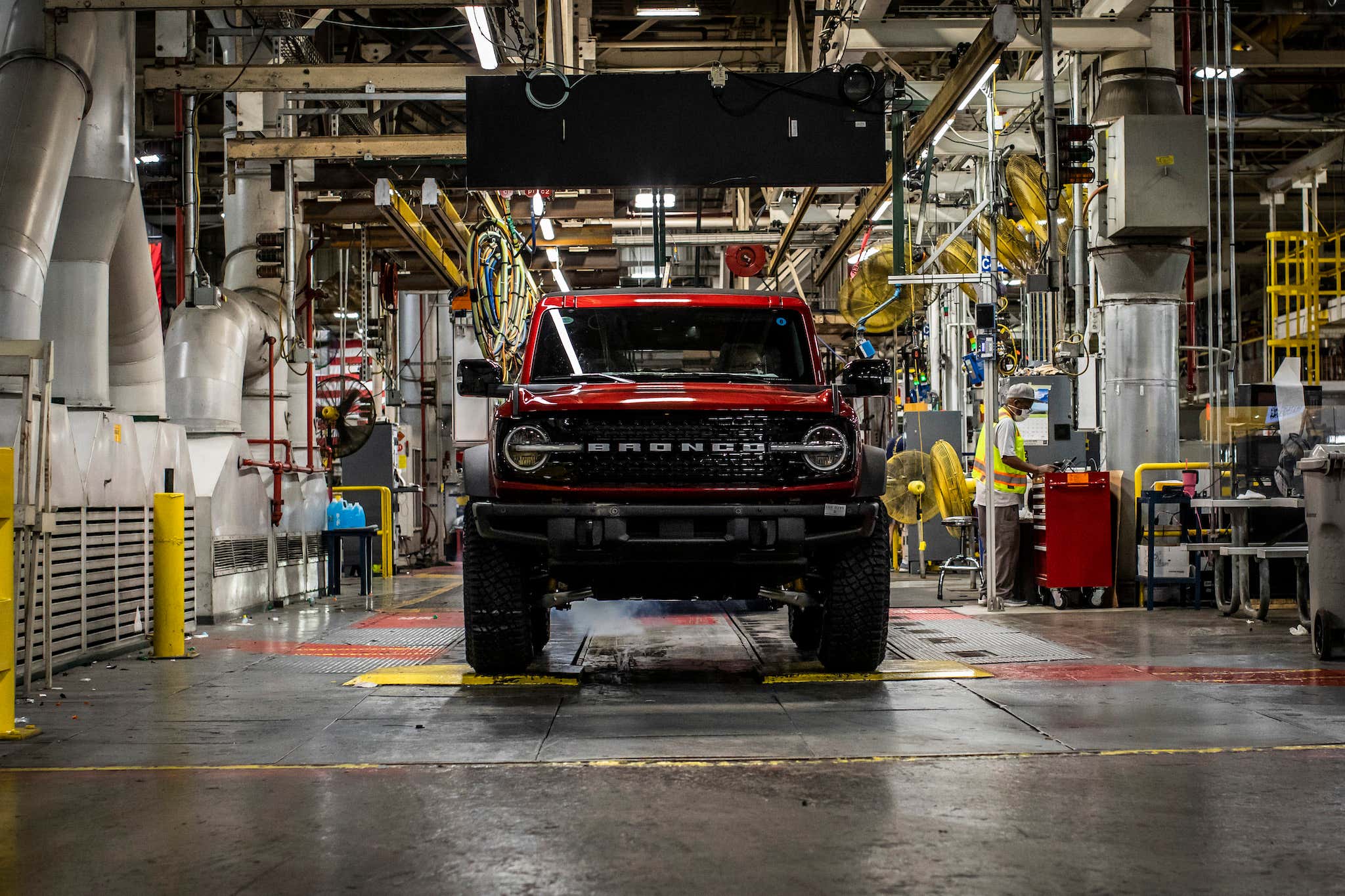 Kentucky and Louisville will also see reduced production while the Oakville facility in Canada pauses Ford Edge manufacturing for three weeks to work exclusively on the Lincoln Nautilus.

Ford’s Bronco and Ranger plant in Michigan is also coming to a halt for two July weeks although not because of the microchip shortage but rather, a shortage of other “unrelated” parts.

“While we continue to manufacture new vehicles, we’re prioritizing completing our customers’ vehicles that were assembled without certain parts due to the industry-wide semiconductor shortage,” Ford told Reuters. That said, it’s not really like Ford didn’t see this coming since it previously said that the chip shortage would cut its Q2 2021 vehicle production volume by half and cost it $2.5 billion over the course of the year.

These latest Ford factory shutdowns are far from the first impacts the chip shortage has had on the U.S. auto industry. GM, for example, has had to remove features like HD Radio entirely from its 2021 Silverado and Sierra pickups, inhibiting owners’ ability to hear “24K Magic” by Bruno Mars every hour in non-garbage quality.