Just about every manufacturer from Audi to Volvo has a big electric vehicle strategy for the coming decade. A report from Deloitte says that the success of the Tesla Model 3 is almost single-handedly carrying the U.S. EV market, but it won’t be that way for long. General Motors announced on an investor call recently that the company has raised its goal from 23 to 30 new EVs within the next five years. Volkswagen declared an $86 billion EV investment plan. Ford’s about to roll out the all-electric F-150 and dumped half a billion dollars into Rivian. Just this week, Hyundai touted the new modular EV platform on which its future will ride.

The brand that makes the Challenger, Charger, and Durango is distilling down to performance vehicles only, and they have doubled the amount of available horsepower in recent years. Picture Tim Allen in Home Improvement bellowing “MORE POWER”—it’s Dodge’s core value these days.

And why not tweak a family SUV for more muscle? The Durango SRT already had 475 hp and 8700 pounds of max towing capacity with and a comfortable (albeit loud) three-row interior. For model year 2021—and only this one year, that’s key—the Durango will be available in a Hellcat variant whose eponymous supercharged V8 generates a blistering 710 hp. The Durango SRT Hellcat is unapologetically in your face. This is a brawny, 91-octane-using vehicle and it’s not backing down. I’ve driven on track, and folks, it can really hustle, that engine singing like few others when you mat it. It’s an all-senses participation sport.

The regular SRT model has all the practical and most of the impractical power a reasonable owner could want. I used one to tow a massive travel trailer over the summer that my parents and I rented off RVShare; when we showed up to grab it, the owner was skeptical that the Durango was up to the task. “Well, this one has a Hemi,” I said, and he nodded. Respect. But if a company is to survive on raw thrill alone, it needs to keep upping the ante. Hence this move—once the Journey and Grand Caravan exit stage right next year, you’ll be able to get a Hellcat V8 across Dodge’s whole lineup. 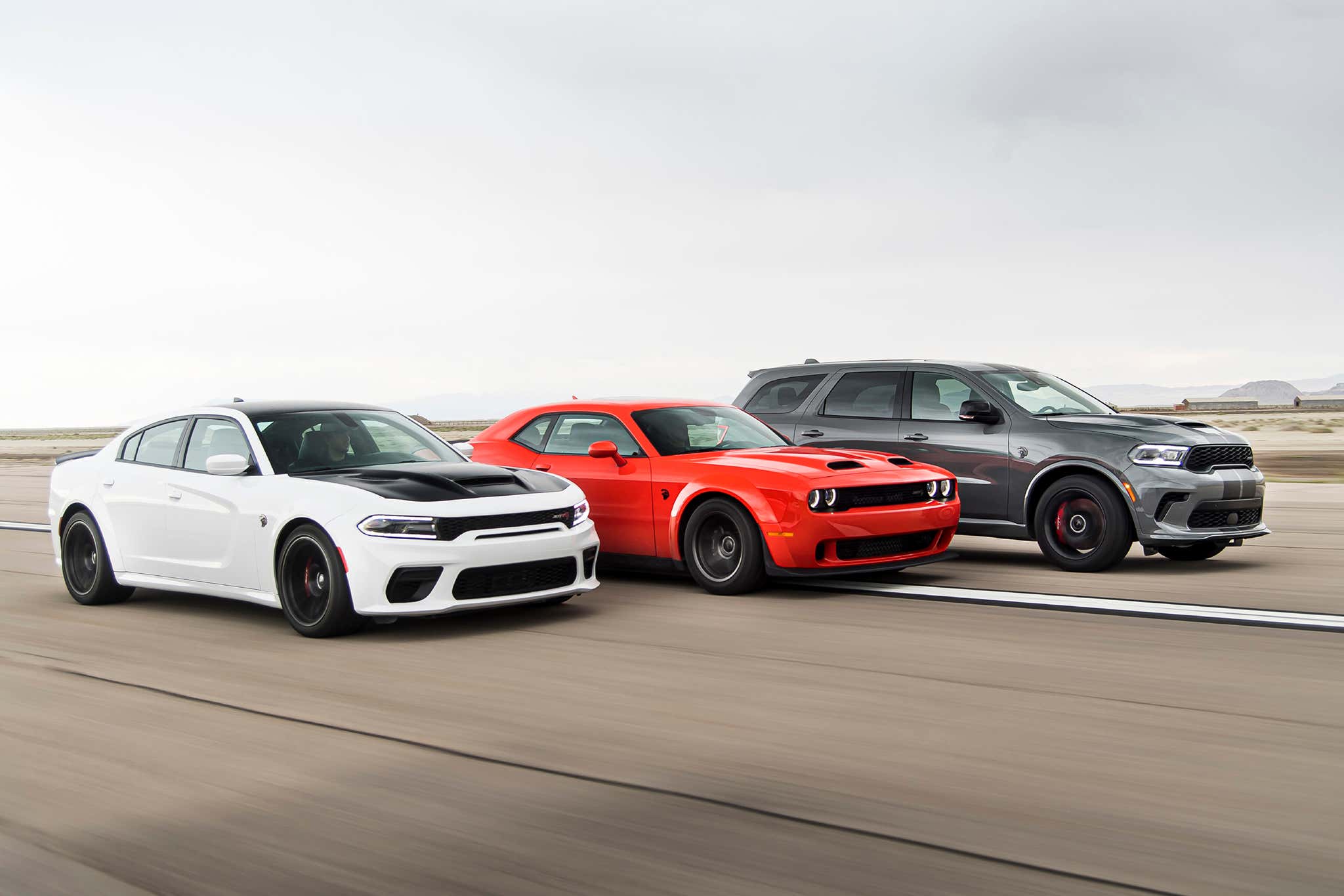 Official fuel economy figures aren’t yet available for the Hellcat; the SRT is estimated at 15 mpg combined. Both the SRT and the Hellcat are available with cylinder deactivation to shut down four of the eight cylinders during light load and cruise conditions. Other than that nod to economic savings, the Hellcat’s 710-hp supercharged 6.2-liter Hemi V-8 is straight adrenaline. The designers say the splitter in the front makes a 10% reduction in front-end lift and combined with the spoiler creates 140 pounds of downforce at high speeds; that’s a 25-30% improvement in aerodynamics, which may also help with fuel economy, though we’re still talking about a large, blunt SUV designed to hit 100 mph with ease.

Dodge boss Tim Kuniskis is excited about the EV revolution in progress, but remains firmly on the non-EV side for the brand. For now.

“There are some wicked electric cars out there, but some of them are going to be cost prohibitive,” Kuniskis told me during a Texas Auto Writers call a few months ago. “What’s going to happen is once electrification goes mainstream–once you have more mild hybrids, more PHEVs, more BEVs–and the cost of electric motors goes down, that’s what will open the door. That’s when the hot rodders will grab electrification; they’ll re-tune it for performance and it will be just like when people switched to fuel injection from a carburetor. People then will want electrification because it will be the most competitive car out there.” 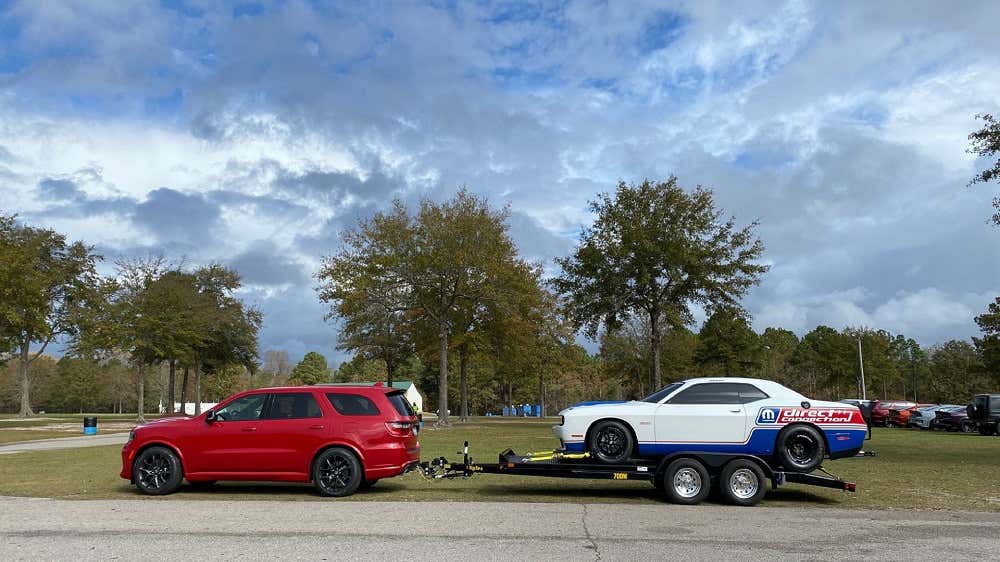 In the meantime, the average price of 87 octane is $2.10 per gallon in the U.S. as of today (it’s higher along the western seaboard, states in the Mountain Time zone, and a few states in New England). Barrels of crude are running about $40 each, and there’s still a massive glut of oil on the market as the pandemic keeps people from traveling. But when drivers do hit the road there are fewer concerns about filling up the tank. So vehicles like the Durango Hellcat are going to shine brightly right now, which makes its one-year-only strategy a very smart one.

Electric vehicles are the wave of the future, but right here, right now, Dodge knows who its customers are, and they still love the smell of fuel in the morning.