Sportscar ownership can be a dream come true for some, but it can also turn into a trial. Sometimes life gets in the way, and those desirable vehicles wind up sitting in filthy conditions for decades on end. That’s exactly what happened to this Bricklin SV-1, that spent over two decades in a dirty barn before it was rescued for detailing by Larry Kosilla of AMMO NYC.

The Bricklin SV-1 is an obscure automobile in the form of a fiberglass bodied sportscar built by entrepreneur Malcolm Bricklin from 1974-1975. With 220 horsepower from the V8 under the hood, the so-called “Safety Vehicle One” also sported a gullwing design and innovative acrylic resin bodywork bonded to its fiberglass chassis. The color was impregnated in the plastic panels themselves, negating the need for paint. 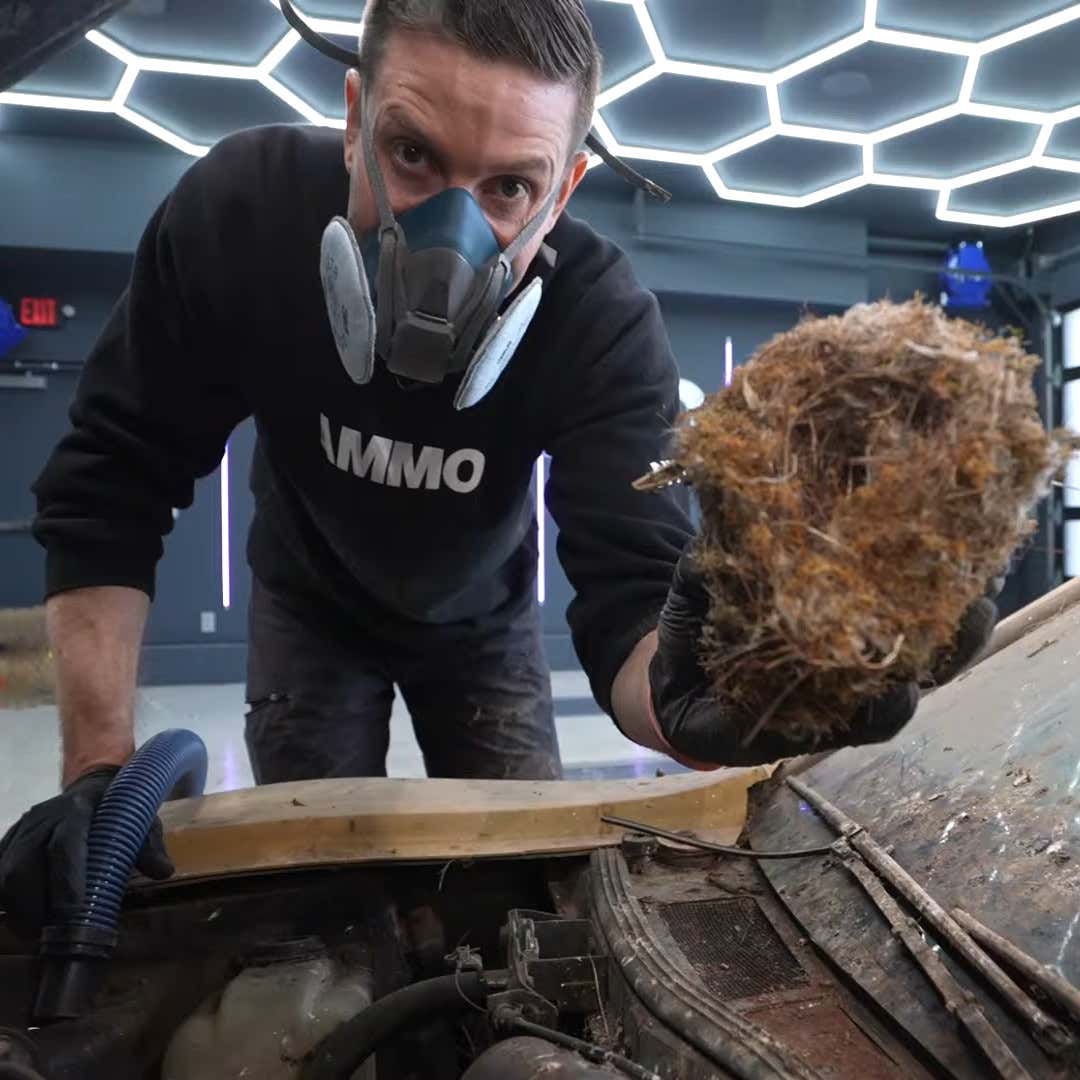 This wasn’t the only nest that came out of the Bricklin.

The car in question, chassis #333, was bought in 1974 and held by the current owner from new. It wound up stored in a barn in upstate Connecticut for 21 years. Over that time, as you’d imagine it collected plenty of detritus. However, the situation was made all the worse by the fact that the door was propped open for that entire time, allowing rodents and insects full access to the interior. The door was held open for one good reason: the Bricklin’s temperamental gullwing doors. Originally operated by a hydraulic system, the door lifters were known for their unreliability. Weighing 90 pounds each, the gullwing doors were no mean feat to open by muscle power alone, and contemporary owners often found themselves stuck inside the car.  This example featured an air-door modification to the stock hydraulic door system, but still required power to operate. “I wanted to be sure that I could get into the vehicle should the battery die,” said the owner. 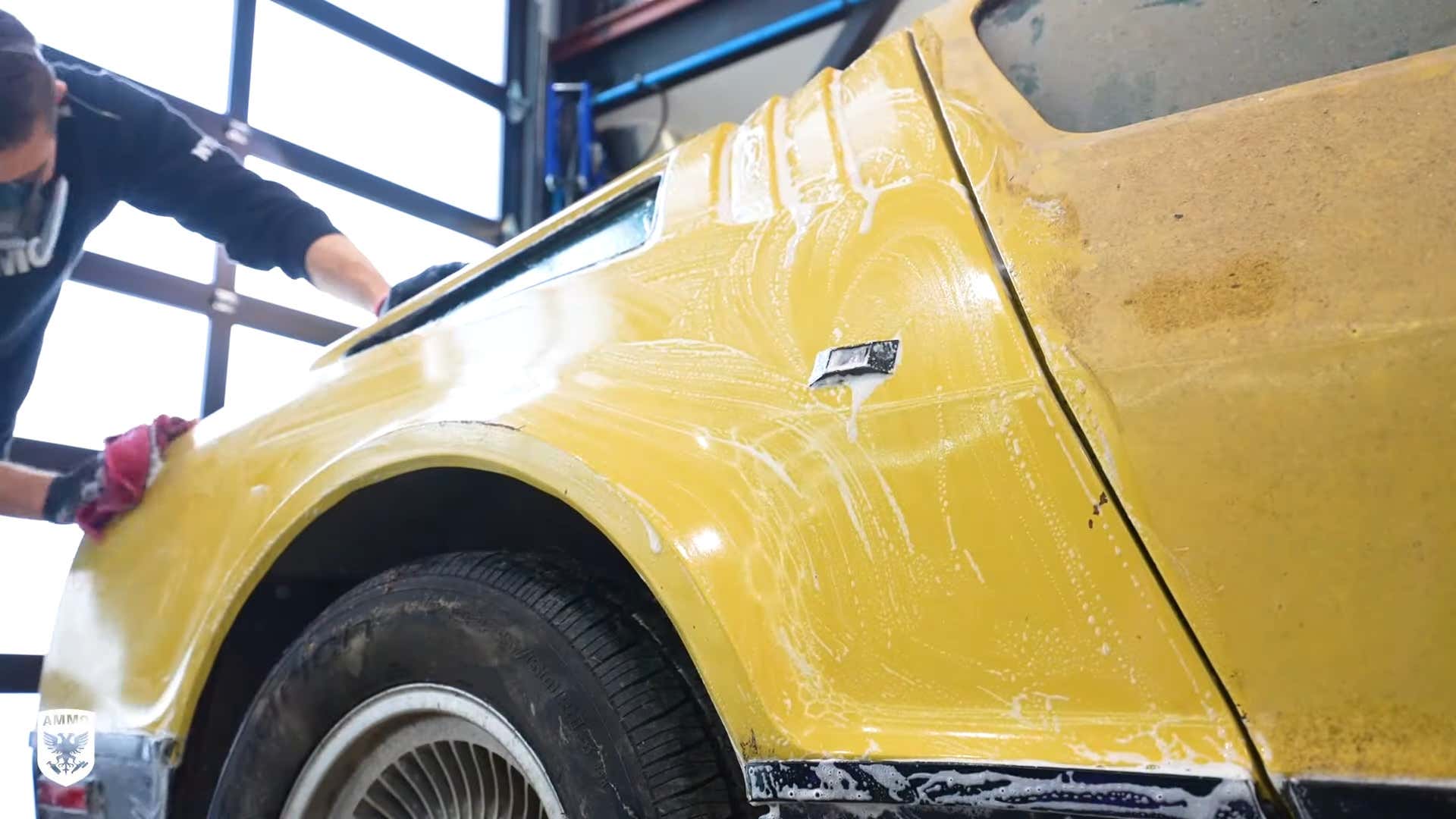 Thus, detailing the car was as much about the interior as the exterior in this case. The first step was to vacuum up all the loose mouse and bird droppings and remove the many nests hidden in every nook and cranny, including the engine bay. The carpets inside were simply thrown away, as they were falling apart and absolutely soaked in mouse urine. From there, plenty of elbow grease was required to wipe away years of accumulated dirt. 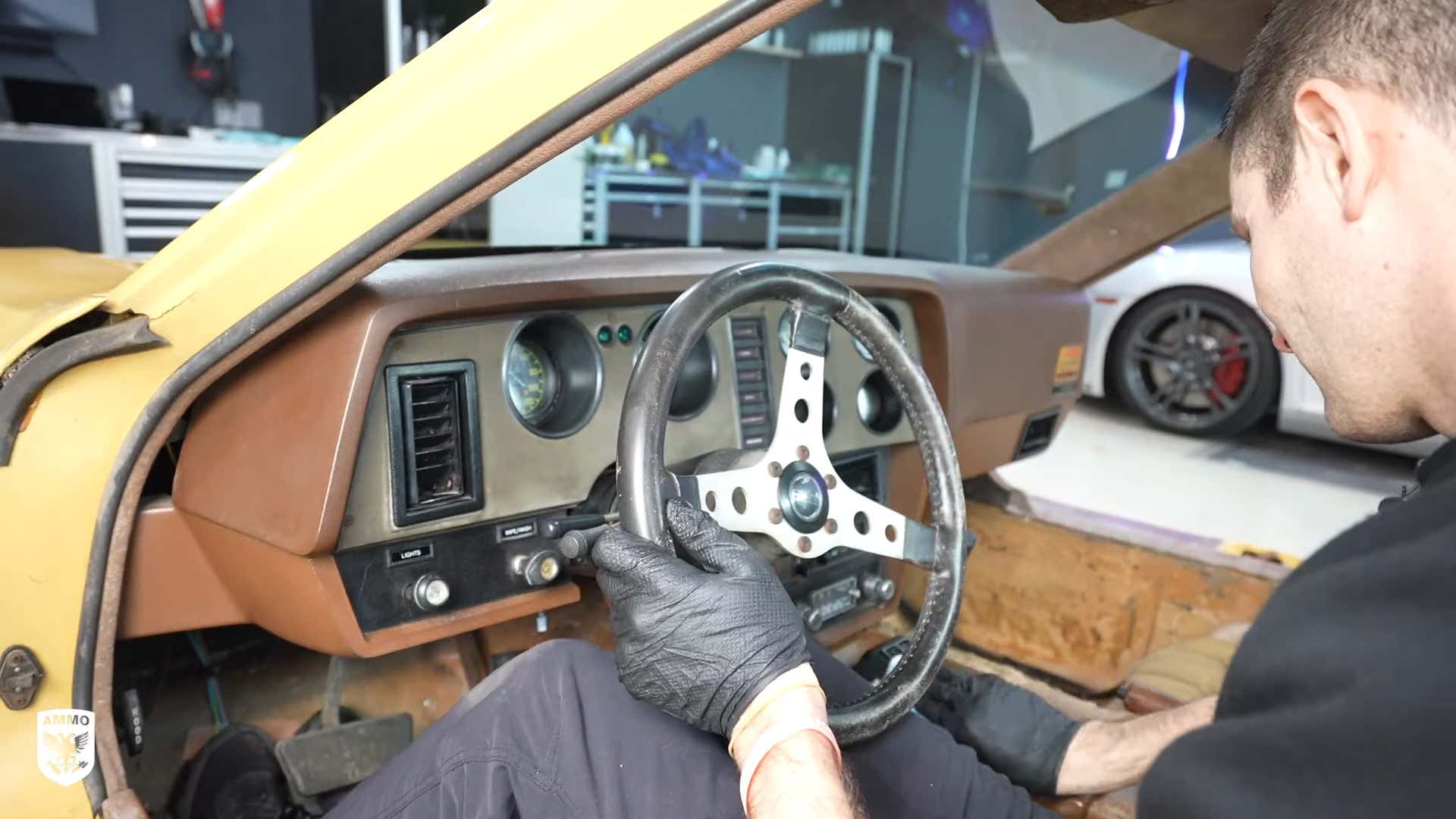 As for the exterior, an application of soapy foam helped get rid of most of the grime. From there, it was a matter of bringing back the dull yellow to a nice shine by polishing the surface. Interestingly, this example of the Bricklin SV-1 showed evidence that it had been painted yellow, despite the car usually relying on the color baked into the acrylic panels themselves. Larry noted several examples of overspray in the rear hatch and dripping on the front end indicating the paint job on top of the acrylic. 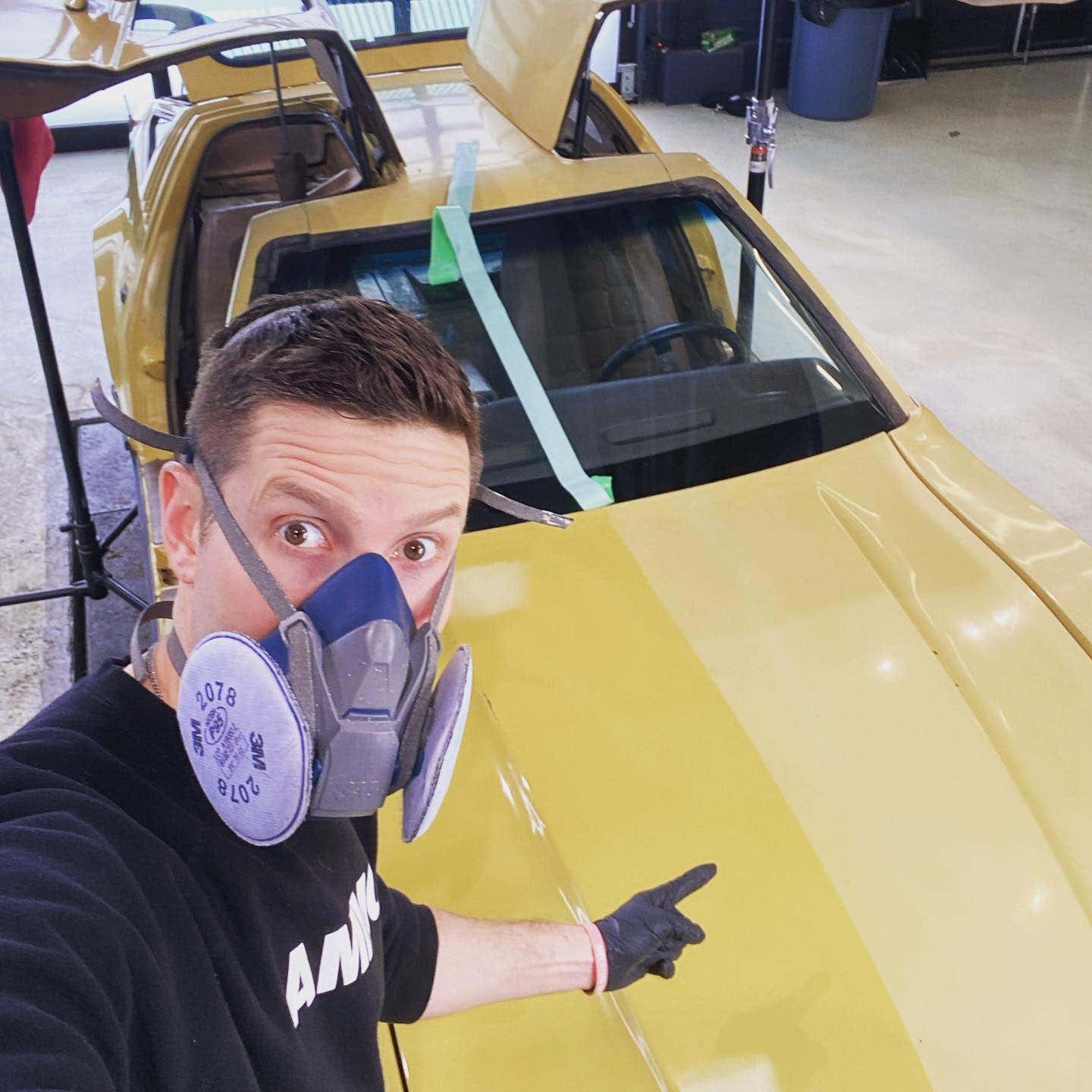 A before/after shot of the Bricklin after polishing.

Regardless, the paint came up well, with the yellow color coming out richly after a heavy polish to bring it back to life. Apparently, we’re wired to prefer glossy paint, so this result is clearly well worth the effort.

With further attention paid to the trim, tires, and wheels, the final result is astonishing. The car that was once little more than a canvas for decades of animal filth once again looked shiny and clean. The aim was to make the car attractive enough that a future buyer will be willing to go to the effort of a full restoration, and we think this detail job achieved that admirably.

The Toyota GR Supra Has A Mascot Plushy, And It's Cute As Hell