Displacement is widely regarded in the motorcycle community as something riders need to work up to. It’s considered risky for a novice rider to, for example, pick a liter bike as their first. But there may not be any growing into a bike like the Honda CBR1000F Hurricane being built by Aussie Honda superfan Ben Robertson, who is cramming a K24 engine into its frame and practically wrapping the whole shebang in plumbing for its monstrous turbo.

Robertson—whose Honda loyalty is demonstrated by the “Civic” tattoo on his neck—used boxed sections to stretch the CBR1000F’s frame and accommodate the 2.4-liter K-series from a Honda Odyssey, which outside North America started using the engine in 2003. The K-series is plumbed to a huge Garrett turbo, which Robertson hopes will boost the bike to 1,000 horsepower. 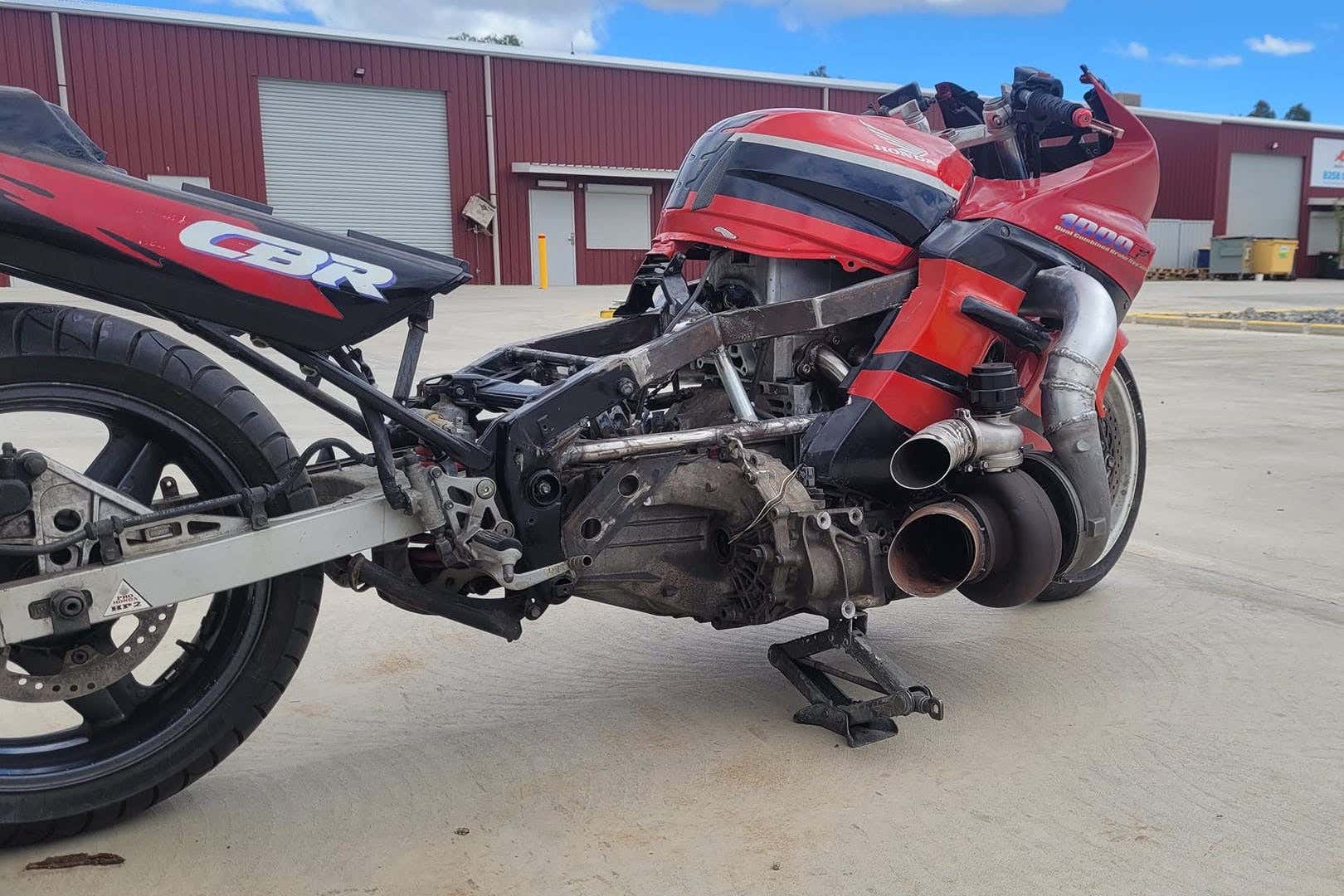 As a CBR1000F weighs about 600 pounds stock, it’s probably safe to assume the upgraded drivetrain adds another 200 or so, and that a rider will bring the whole assembly to around 1,000. Even at a weight higher than most production motorcycles made today, if Robertson hits his power goal, his bike’ll have a power-to-weight ratio of around 2,000 horsepower per ton. That’s basically triple that of a Bugatti Chiron Pur Sport, and it’s one-wheel-freaking-drive to boot.

“I have crazy ideas in my head… I just wanna build different things,” Robertson told me, adding that his bike was meant for both the street and the drag strip. “[I] was building it for [the] street. But obviously, got out of hand.”

The bike isn’t running yet, but its build progress can be followed through Robertson’s YouTube channel SNAIL TV, where he just uploaded a video of himself assembling its turbo plumbing. His subscribers will surely be the first to know once the bike is running, once it’s on the dyno, and once it’s made its first quarter-mile passes. Here’s hoping they don’t also receive an update vlog from a hospital—1,000 horsepower is definitely enough to send anyone there, no matter how much tire they have. Ride safe, my guy.

Got a tip or question for the author? You can reach them here: [email protected]e.com

The Reigning F1 and IndyCar Champs Are Facing Off at Virtual Le Mans on Jan. 15