Honda Two Wheelers has showcased the 150 cc Honda X-ADV 150 at the ongoing Gaikindo Indonesia International Auto Show. The X-ADV 150 is an adventure scooter similar in style and intent to the Honda X-ADV 750. While the X-ADV 750 can be ridden on tarmac and take on light off-road terrain as well, the 150 is more suited for tarmac. It gets a 149.3 cc single-cylinder engine which makes about 14.2 bhp at 8,500 rpm and has peak torque output of 13.8 Nm at 6,500 rpm. The engine is paired to regular V-Matic gearbox. Honda Indonesia claims a fuel efficiency of 46 kmpl for the X-ADV 150 with a total range of 337 kilometres. 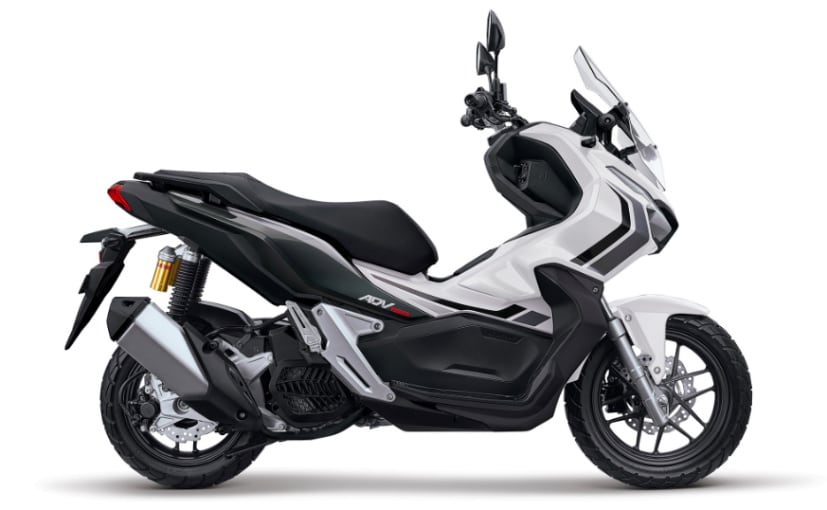 The Honda X-ADV 150 has a length of 1,950 mm and is 763 mm wide and stands 1,153 mm tall along with a ground clearance of 165 mm. Coming to the cycle parts the scooter gets regular telescopic forks up front along with twin-gas charged Showa springs. Plus, the X-ADV 150 gets a 14-inch alloy wheel up front and a 13-inch alloy at the rear with block pattern tyres on both ends. There is a 240 mm petal disc up front and a 220 mm regular disc at the rear and it gets ABS or CBS as standard fitment depending on the variant.

The scooter gets LED lighting all around and the indicators at the rear are merged with the rear fender. There is also a fully digital instrument console which displays information such as temperature, battery, average fuel consumption, oil replacement indicator along with date and time displays. The instrument console also gets two trip meters as well. Other features include a two-step adjustable wind-screen along with a 28-litre luggage box and an idling start stop system. There is a provision for a charging socket in the inner console box as well. The Honda X-ADV 150 has already been launched in Indonesia with two variants. The ABS and start-stop equipped variant is priced at Rp 36.5 million on-road, which equals about ₹ 1.80 lakh. Similarly, the CBS and idle start-stop equipped variant is priced at Rp 33.5 million which roughly equals ₹ 1.65 lakh.

A Corvette 'brand' may be the next 'Vette news, complete with an SUV
Car Reviews