Presented by Chevrolet Performance and Driven by Continental Tire

With Martinsville Speedway and a few hours of sleep under our belts, we piled in our 2019 Chevrolet Suburban and headed out in search of good coffee and some edibles (the legal kind). We started with a slow rhythm on a pedestrian cruise down US-220 N where we snapped a bunch of highway shots of Power Tour participants. The reds, greens, blues, and blacks combined with a group of old-school hot rods with high levels of patina made the highway look like it was scattered with a bunch of life-sized Skittles rolling at 65-mph. However, unbeknownst to us, the route would then veer off to US-58 W towards Stuart, Virginia, and would treat us to some of the most amazing tree covered switchbacks we’d ever experienced. 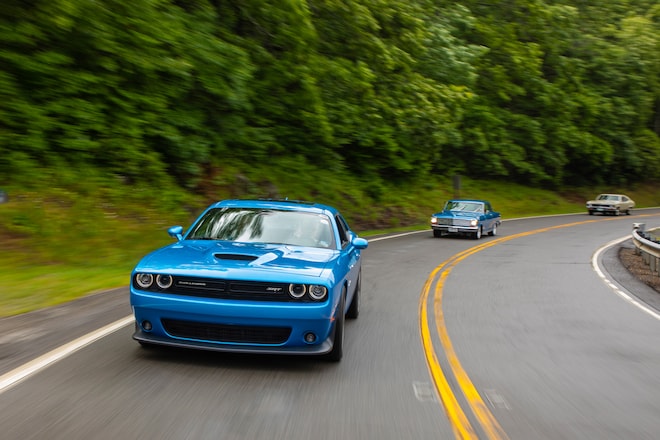 US-58 W is all single lane traveling, and it’s stunning. This is not a high-speed section of road, but instead one that should be cruised conservatively, so as to take in the beauty that surrounds it. At its base, the sights and sounds of white water could be heard via the river that parallels it, so windows-down cruising was a must. We also came upon a few pass-through towns that were filled with hikers and kayakers, along with a group of residents who cheered and waved to everyone as they rolled by. Put a procession like the HRPT together in the state of California, and it would probably be shut down immediately for one reason or another. Yet here, in the low lands and hills of Virginia and Tennessee, each and every one of us were rock stars. 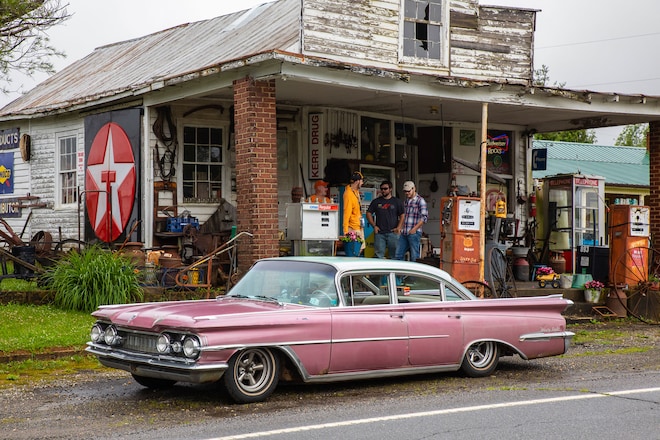 Cruising skyward to an altitude of over three thousand feet, saw our driving conditions deteriorate as a batch of heavy fog rolled in. Our speed slowed to a crawl, but a problem this was not, as it provided us with an opportunity to grab some amazing photos of the vehicles coming out of the trees with their headlights ablaze. Visually, it was a muscle car dream come true. It was also here, sitting in a gravel pull-out, that I began to realize the sheer dichotomy of the vehicles that we were privy to. Yesterday, after walking the parking lot at Martinsville, I’d figured we’d seen the majority of the participants. Yet today, after sitting in the same spot for more than 30 minutes, I’d realized that I’d seen only about a quarter of those entered. That meant I only had another four days to catch-up with those I’d missed. 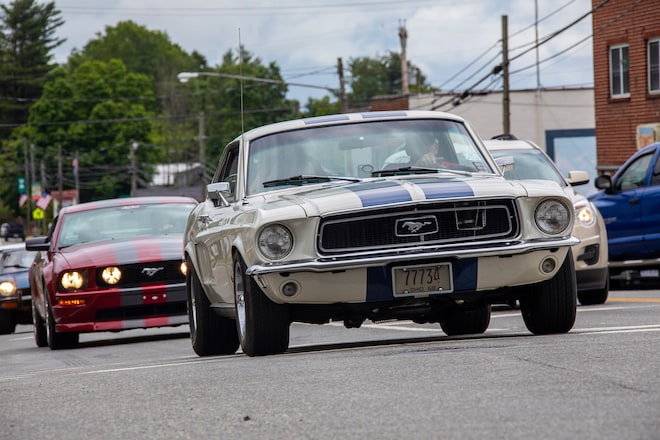 FAQs and more information about the 25th anniversary event.

Get access to thousands of hours of the best in automotive entertainment! Watch Hot Rod Garage, exclusive shows and more. Start your free trial now: