Hyundai’s N badge is how the Korean automaker designates its sports models, with the unique designator chosen to reference the company’s Namyang R&D Center in South Korea. The upcoming Elantra N will be the sixth such release, following on from earlier models like the Veloster N and the upcoming Kona N SUV. In a press release today, Hyundai has dropped the first official images of the new Elantra N, which aims to “turn up the heat” on the four-door sedan platform.

Details are still scant, though our own Steve Cole Smith drove a prototype of the vehicle late last year. It sported a 2.0 liter turbocharged four-cylinder under the hood, sending drive to the front wheels via an 8-speed dual-clutch or 6-speed manual transmission. Power is expected to be in the realm of 275 horsepower, good for a 0-60 mph time estimated around 5 seconds. It’s pretty much the drivetrain from the Veloster N, and a significant step up from the existing Elantra N-Line, a lower-tier sports model with 201 horsepower under the hood. Of course, these specifications are from the prototype, and could be subject to change before launch. 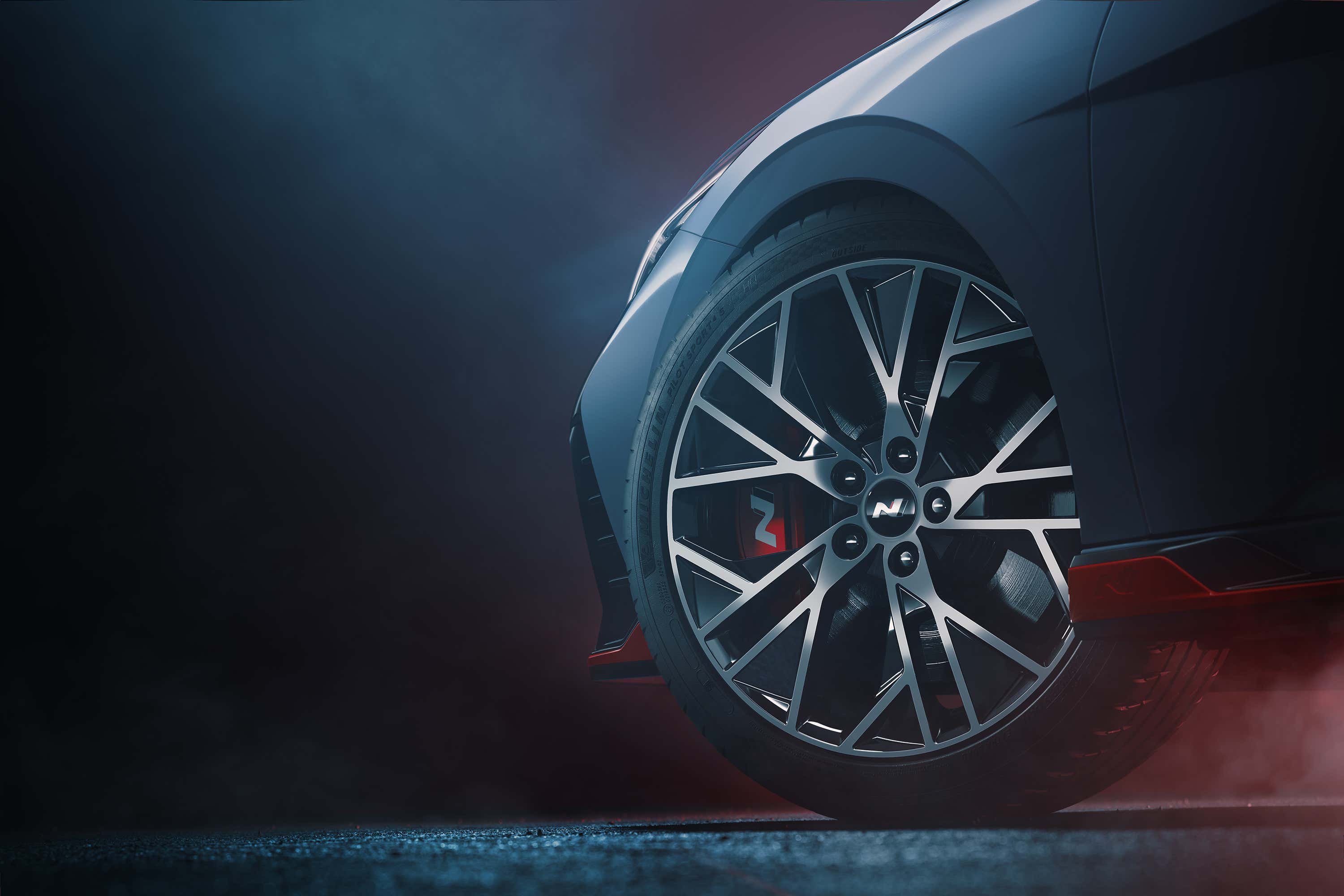 Hyundai is touting the Elantra N as race proven, with the car already competing in IMSA Michelin Pilot Challenge TCR Class. Notably, Ryan Norman and Parker Chase brought their Elantra N home to a class victory in the recent Mid-Ohio event in May. TCR rules limit the changes automakers can make to their street cars for competition, incentivizing them to put good parts on the production models. It’s a great way to help automakers convert track success into dealership sales. It also means buyers get a genuine performance car, rather than something merely dressed up to look like the racecars on TV.

With that said, there are plenty of aesthetic touches to the Elantra N to hint at its higher level of performance. There’s delicious red splashes on the design, from the bumpers to the side sills, giving the car a low, mean look while also reportedly helping to channel airflow under the car. There’s also a rear spoiler exclusive to the N model, as well as two large single exhaust outlets that exit either side of the rear bumper. Speaking on the new model, Vice President of N Brand Management and Motorsport Till Wartenberg stated “We designed it to be a race proven sportscar with dynamic driving capabilities and style that performance enthusiasts love.”

More details should be available in coming weeks as the model gets closer to launch. If our prototype drive is anything to go by, expect a capable sports sedan that’s as comfortable in the canyons as it is in the suburbs.