Home » News & Features » If Leaded Fuel Is so Bad, Why Are Airplanes Still Using It? If Leaded Fuel Is so Bad, Why Are Airplanes Still Using It?

Earlier this week we reported about leaded fuel finally being banned in Algeria—the last country in the world that was dispensing it for use in road-going cars. However, some readers of The Drive quickly pointed out that despite leaded fuel being banned across the globe now, there are still a few exemptions to be aware of, some of which can be found right here in the U.S. And one of the biggest could be flying over your head right now.

You can still buy additives for classic cars without hardened valve seats, and even at some fuel pumps for off-road vehicles, marine engines, and some farming machinery. These exemptions are classified as “off-road” by the Environmental Protection Agency and have been since the Clean Air Act banned the sale of leaded fuel for passenger cars in 1996. That being said, there’s one rather thirsty user of lead-based fuels that’s more representative than the examples above: airplanes. And piston-based aircraft running on leaded gas are the largest contributors to airborne lead in the nation. 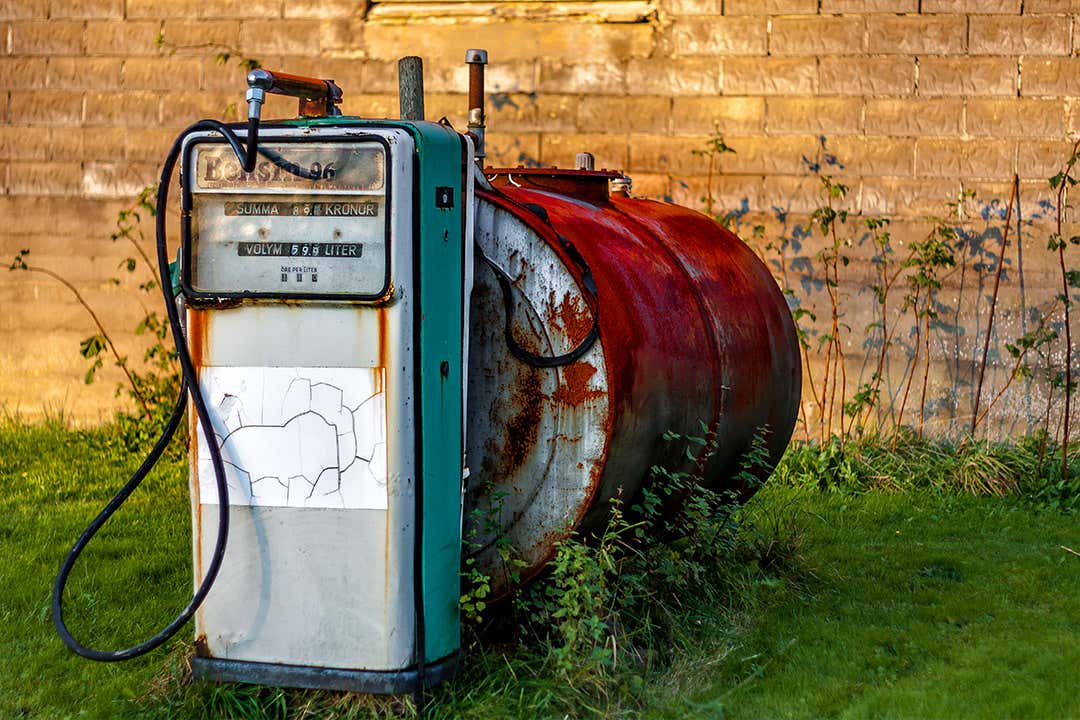 Tetraethyllead (TEL), as awful as it is for public health and the environment, is really good at keeping engine knock at bay. That single property helped automakers develop higher compression engines by helping to reduce improper ignition of fuel during the combustion process, and thus, squeeze more power from an engine.

The most commonly used aviation fuel (Avgas) in North America is 100LL. Its specifications call for a maximum lead content of 0.56 grams per liter, which is actually on-par or less than what was used in road cars. According to the EPA, leaded road-use gasoline (Mogas) contained as much as 3 grams of lead per gallon in 1973 or around 0.8 grams per liter. By 1986, this was cut to 0.03 grams per liter until leaded gasoline was finally phased out in 1996.

Similar to the gasoline that you use to fill up your car, Avgas is given an octane rating. This number is a performance measurement of fuel stability, not a physical property. More specifically, it measures how resistant fuel is to detonating outside of the optimal combustion process, something which the addition of TEL helps bolster. According to Shell, Avgas is able to surpass the rating of Mogas by as much as 15 octane thanks to the addition of this lead additive. The result is a more stable engine less prone to spontaneous and catastrophic failure.

With that explanation out of the way, it’s worth noting that not all airplanes use leaded fuel. Jets and turboprop-powered aircraft, for example, use fuel similar to kerosene which is pressurized and heated for ignition. While both are products of crude oil refining, jet fuel is much more simple to produce than Avgas, and even cheaper despite it containing no lead.

However, for the fleet of 170,000 aircraft with piston-based engines in the United States (especially those that make use of forced induction to compensate for high altitudes), the higher octane rating is crucial. In fact, Shell notes that if a current piston-based aircraft made the switch to unleaded fuel today, its engines would have to be derated so significantly that most would no longer be powerful enough to support the aircraft that it is installed in.

Another benefit to lead gas is that it helps prevent valve seat recession—or the eroding of the metal on an engine’s cylinder head where the valves seat when closed—by providing a “cushion” between valves and the cast metal. Unleaded fuel doesn’t provide this same protection and can cause engines, both on the ground and in the air, to experience premature wear. The solutions are to either use a fuel additive like TEL or install hardened valve seats, the latter of which still doesn’t solve the octane problem.

So why, a century after its inception at General Motors, is leaded fuel still being used in piston-based aircraft? The conclusion seems to be that there simply isn’t another mainstream alternative. Or at least not yet.

While unleaded alternatives such as 82UL have been proposed, none have taken off. This has ultimately led to the Federal Aviation Administration collaborating with industry fuel developers to find suitable unleaded fuel through a program called the Piston Aviation Fuel Initiative. While the program is still ongoing, the FAA says that it has been looking into other emerging technologies, such as electric aircraft.

The EPA has yet to take definitive action on lead-based Avgas. The EPA said in 2015 that it would issue an “endangerment finding” after 15 years of research on the matter, a move that could force the industry’s hand away from leaded fuel.

Regardless, it’s further proof that while the car industry is slowly cleaning up its act—though many say not fast enough—the airline industry has a long way to go to catch up, and that includes lead emissions too.