Home » News & Features » Is CHAdeMO EV Charging on Its Way Out? Here's What You Should Know Is CHAdeMO EV Charging on Its Way Out? Here's What You Should Know

Secondhand electric cars are starting to get cheap; it’s pretty easy to find a gently-used Nissan Leaf equipped with CHAdeMO fast-charging for under $6,000 now. But early Leafs have limited range, and battery degradation is a thing. In theory, CHAdeMO should allay some of that anxiety, but those chargers aren’t the most common in America. I got in touch with a CHAdeMO rep to learn more about the charging situation and its implications for folks like me who might be driving older EVs.

Car Bibles is a new sister site to The Drive focusing on DIY culture, pro tips for maintenance and modifications, and fun takes on the car scene. Click here to check it out!

I’ve been toying with the idea of making a cheapo used electric car my next daily driver myself, but like many potential EV customers I’m concerned about practicality. Electric car charging infrastructure is lacking in general here in Ohio, aside from a handful of charging ports in trendy neighborhoods or at overpriced apartment complexes. Without a Level 2 or 3 charger, a typical EV will take eons to get a full charge from a standard 110v outlet. In the car-dependent midwest, that’s a no-go. 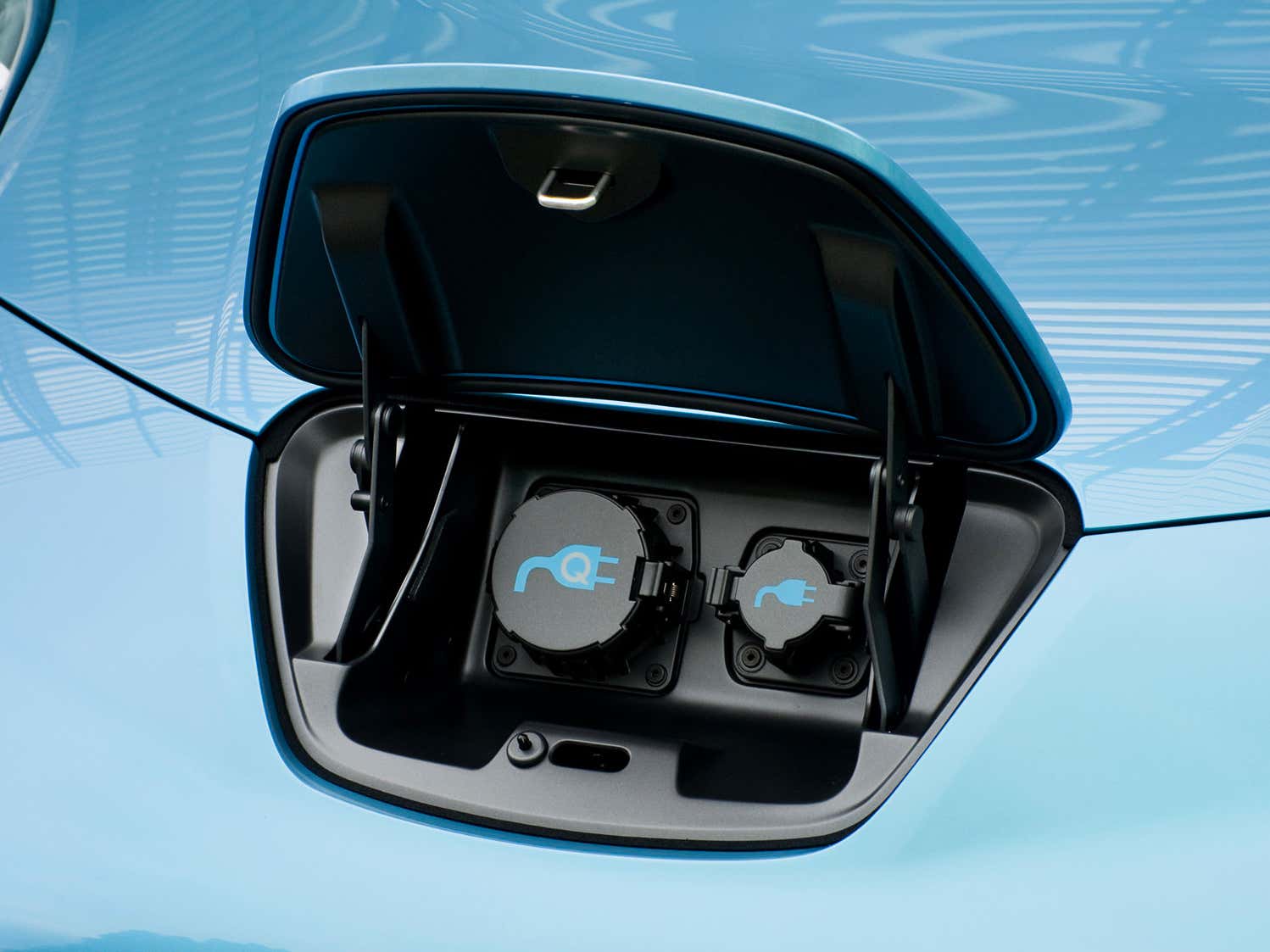 A CHAdeMO plug could provide up to an 80 percent recharge in roughly 30 minutes, which would make owning a low-range EV easier, but the challenge is finding a place to hook up. I live in shared accommodations, and installing a charger in my roommate’s house is a non-starter. Where do I charge?

When I searched the EV charging station map on PlugShare, I learned that CHAdeMO isn’t always the default install for every EV charging station. J-1772 is pretty much the current standard plug for any non-Tesla vehicle, it offers Level 2 charging, but what you really want is Level 3 fast charging. In my city it’s somewhat easy to find a J-1772 plug. Yet, when I change the option to “CCS-only” things get a bit more sparse. Shifting the selection to “CHAdeMO only” reveals an even thinner selection of CHAdeMO chargers for use. 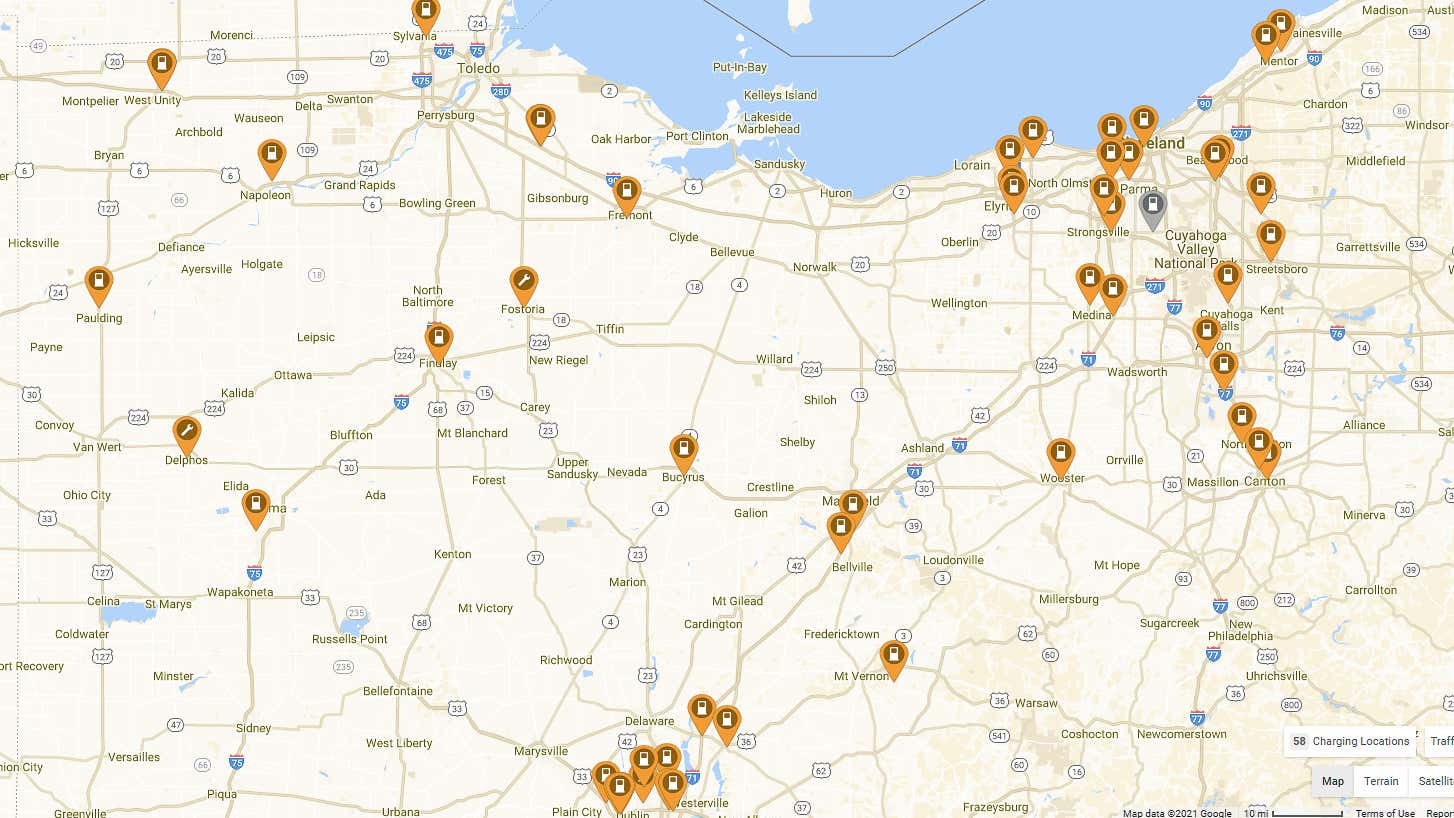 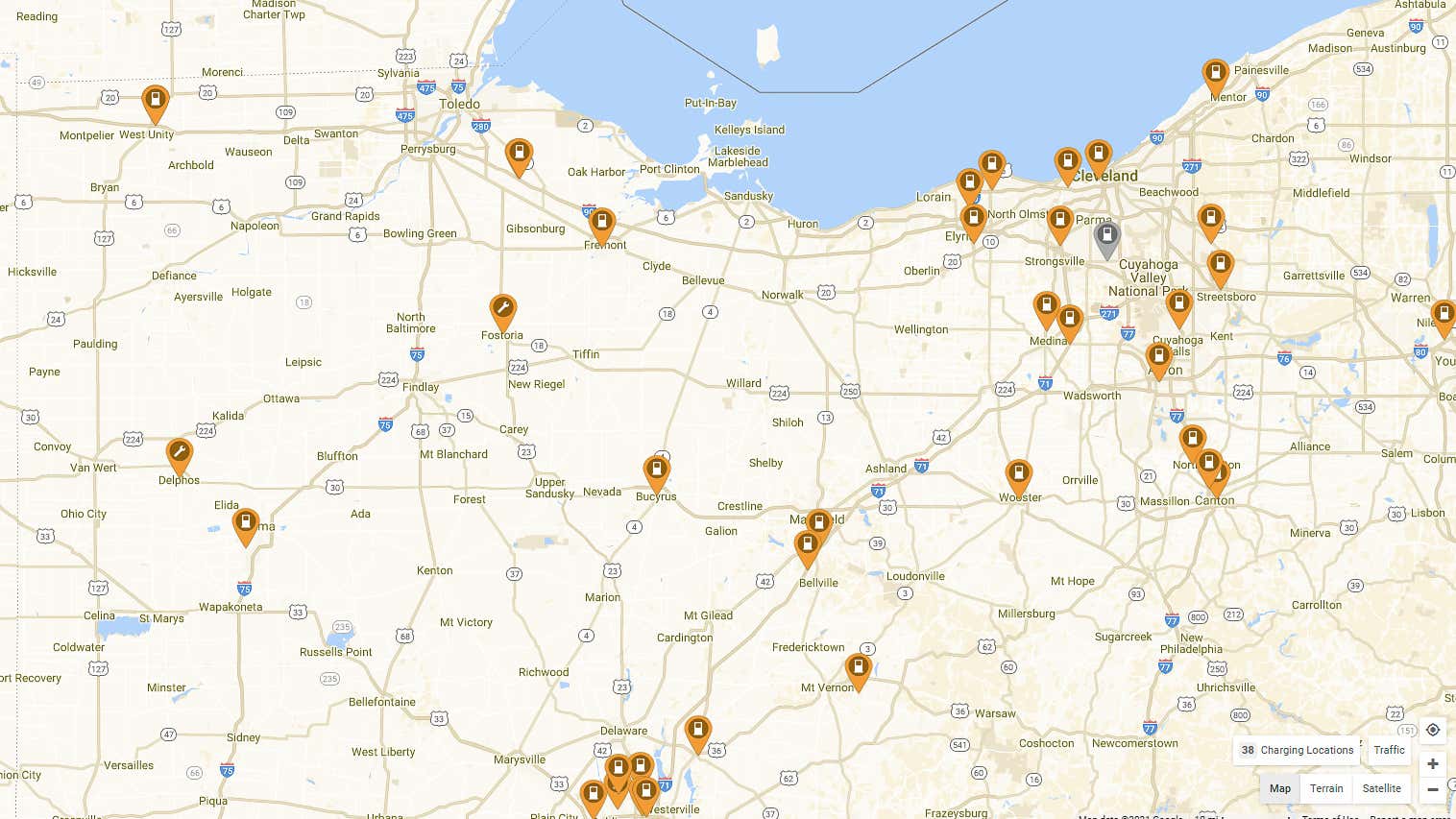 In smaller towns where EV charging networks are still being built, it seems like CHAdeMO is even less present. For example: Findlay, Ohio shows a CCS charger, but not a CHAdeMO one. The next nearest CHAdeMO fast charger is marked as “Coming Soon” and is a whopping 30 miles from Findlay—intimidating in an older EV with limited range. There are adapters so CCS vehicles can use CHAdeMO chargers, but there are no adapters for the reverse situation (CHAdeMO equipped cars able to use CCS).

In general, CHAdeMO seems like it’s falling out of vogue. Even Nissan switched to the CCS plug for the forthcoming Ariya SUV. That leads me to the question—what will happen in the future to these vehicles if (when?) CHAdeMO disappears altogether? Will our not-so-old EVs turn into cellphones from the ’00s, useless and shoved in a drawer because we can’t find the weird charging cord that was unique to that phone?

I took my concerns to the source and reached out to the CHAdeMO Association. Tomiko Blech, an official representative, answered some questions and shared some insights via email.

“We recognize that in some regions, like North America where you are based, the EV market, as well as its infrastructure, may be developing differently,” she wrote.

“Your point about the well-being of current and future CHAdeMO owners is a huge concern for us. For one, at each version change, we have ensured backward compatibility so that all/any versions of CHAdeMO EVs and chargers will remain interoperable. We continue to voice our concerns to any unfair regulations or exclusive movements in order to protect the CHAdeMO asset and users (both EVs and chargers), as well as to encourage and facilitate investments in them,” she continued.

Until the relatively recent surge of new EV vehicles, the Nissan Leaf was the main standard-bearer, and it seemed like its CHAdeMO plug was the way to go. Some European and Japan-only vehicles still use it—the Lexus UXe and XPENG G3 to name a few. But, the Tesla Model 3, all of the VW “ID” electric cars, the Honda E, Mustang Mach E, Bolt and Bolt EUV, all use CCS. Based on that, it seems like CCS is the way of the future.

“CCS, which came later, has adopted what’s called the PLC communication (power line communication) while CHAdeMO, Tesla and China’s GB/T protocols all use CAN communication, it is technically difficult to convert between the two, as they are simply different,” Blech wrote. As to why there’s no CHAdeMO inlet to CCS converter, the CHAdeMO Association still seems content to fight back, as in summer 2020 they started working on a backward compatible evolution of CHAdeMO, and they’re attempting to incorporate compatibility with CCS as well.

Blech took the opportunity to highlight the tech’s advantages too:

“You can ask any engineer and s/he will confirm that CHAdeMO’s technology design is simple, robust and has much potential for functional expansion. Our same-shape-wherever-you-go (unlike Tesla or CCS) is not only suited for trans-continental travel (ok, I’m exaggerating), but also provides for much flexibility in the second-hand markets around the world, which calls for continued deployment of CHAdeMO chargers.”

She also pointed out that CHAdeMO is unique in having readily available car-to-grid charging:

“V2X/VGI (vehicle-to-grid or vehicle-grid-integration) functionality. We are the only enabler of this technology with both EVs and bi-directional chargers readily available in the market.”

It does seem that Europe’s adoption of CHAdeMO is broader than ours here in the U.S., which might help keep its development going. The point, and good news, is that there are people actively working to keep CHAdeMO from becoming the Betamax/MiniDisc/HD DVD of electric car chargers.

Do I really want a used Leaf, or iMIEV or any other cheap EV? I don’t know. At least for now, I think there are enough CHAdeMO chargers near me that I wouldn’t have to worry too much about range whilst city driving. I also have a backup gas-powered car to use if I need to go much further. However, if I were replacing my whole fleet of cars with a CHAdeMO equipped EV, I’d think twice.

Time will tell. Hopefully, older EV users will still be able to access DC fast charging, no matter what shape the next plug takes.

Kevin Williams is a writer at Car Bibles, a new sister site to The Drive focusing on practical tips and DIY advice to help you get the most out of your car. Come see the freshly redesigned Car Bibles right now! Or check us out on Twitter, IG, and Facebook. Actually LinkedIn too, if you’re on there.

Ferrari Has Drastically Fallen In Popularity Over Last Decade: Study

2022 Mitsubishi Outlander Trim Levels: What You Get, What It Costs
Car Reviews