Known for his “folded paper” styling, legendary designer Giorgetto Giugiaro created the angular outline of vehicles like the BMW M1 and Lotus Esprit. He’s also the designer behind the iconic DeLorean DMC-12, which rose to fame in the Back to the Future movies even after the automaker filed for bankruptcy. This weekend, the firm Giugiaro started teased out a silhouette of a gull-winged vehicle with a tantalizing hint at a reborn DeLorean.

Italdesign—based in Moncalieri, Italy—captioned a split-screen image on its social channels: “[The DeLorean] DMC-12 turns 40 this year! This picture was shot on the 21st January 1981, when the very first production model was released. What a better way to celebrate an icon of automotive history than a sneak peek of the (near) future? Stay tuned for more…” 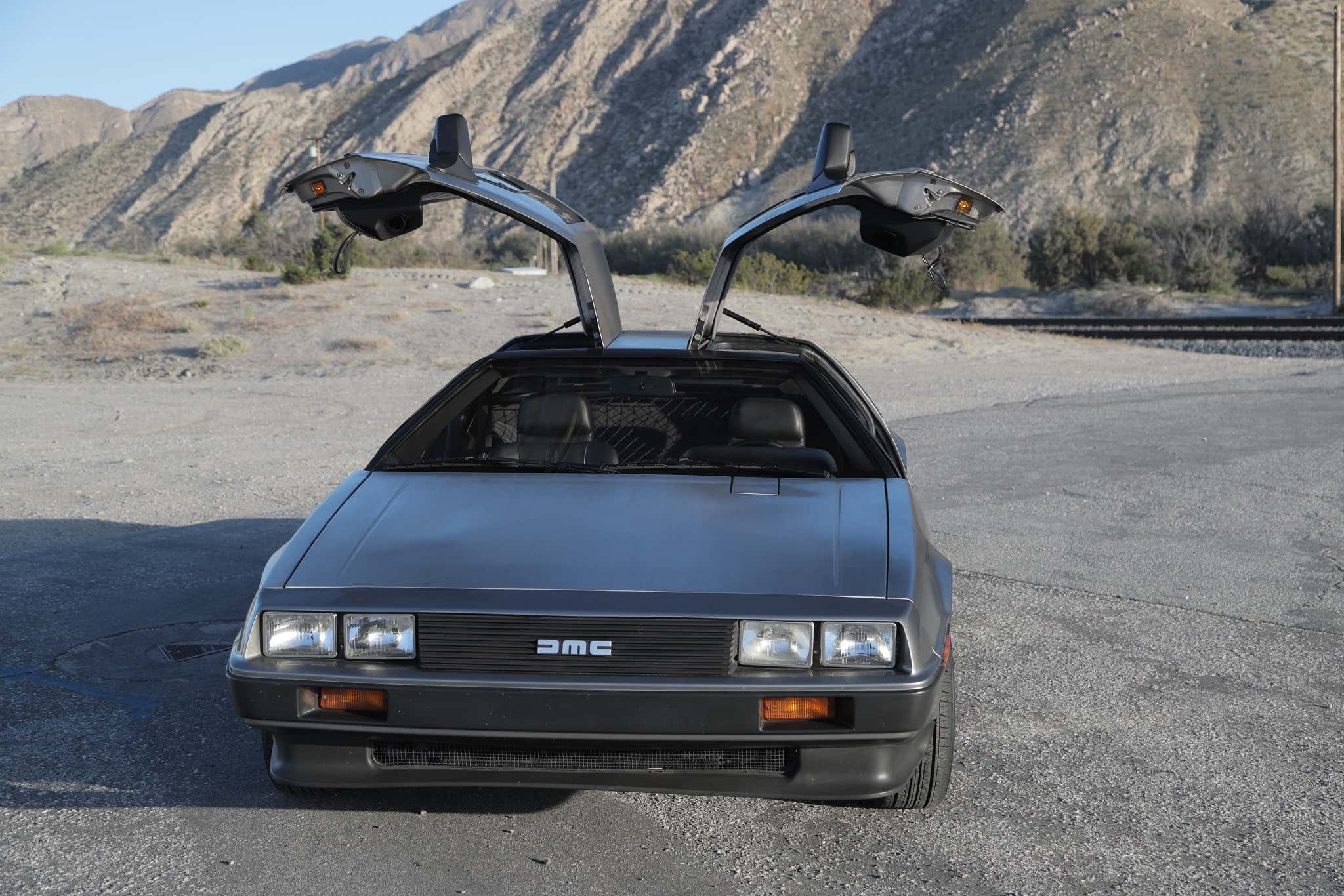 Crafted in stainless steel, the DMC-12 was available with a three-speed automatic transmission or five-speed manual. With only 130 horsepower available, its 2.85-liter, Peugeot-Renault-Volvo V6 generally didn’t set the road on fire the way Marty did in the movies.

Between January 1981 and December 1982, about 9,000 DeLoreans were made and sold for between $25,000 and $35,000. That equates to somewhere between $70,000 and $100,000 if it were sold today. DMC-12s still often pop up at car shows around the country; not too long ago I spotted one sitting in a driveway in a nearby neighborhood and made a U-turn to look at it again. Though a failure in its time, the Back to the Future trilogy helped cement it as a pop culture icon.

In 2010, Lamborghini acquired more than 90 percent of the shares of Italdesign with the remainder of the shares allocated to Audi in 2015. In that year, Giugiaro resigned and retired, presumably living out his golden years with the memories of dozens of cars that sprung from his brilliant mind. Meanwhile, Texas-based DeLorean Motor Company, which was resurrected in 1995 by a British mechanic, is still waiting for legislative changes to build the DMC-12. DeLorean Motor Company purchased the parts inventory and rights to the DMC logo, so if there are two DeLorean builders out there we’re surely going to experience some kind of wild space-time continuum.

In other words, there’s enough will—and nostalgia—to bring the DMC-12 back in some form. But all we know so far from this is that Italdesign is playfully suggesting the return of this funky car, but in what form, it’s hard to tell. The DMC logo is clearly illuminated and the winged doors are open and I’m dreaming a little bit about what it would be like to drive it.

Do you think it’s time for the DMC-12 to make a modern comeback, or are you afraid it’ll be as disappointing as a Back to the Future movie reboot inevitably would be?