Highway barrier reflectors, instant milkshakes, and seaplanes all have one thing in common: All were the subject of ventures by eccentric Wisconsin businessman Bruce Mohs. The midwesterner seemed to have a fixation with odd modes of transport, hence his seaplanes, 31-foot remote-controlled battleship model, and even an amphibious motorcycle sidecar project, as reported by Coachbuilt. For a time, Mohs even dabbled in high-end cars, first courting the ultra-wealthy with the ill-fated Ostentatienne Opera Sedan, of which just one prototype was built. But Mohs was undiscouraged, and gave the automobile a second try, spawning a vehicle called the SafariKar; an exceptionally weird, super-sized sedan built for big game hunting. Best of all, one of three known prototypes is listed for sale right now on Bring A Trailer.

The SafariKar was effectively a coachbuilt International Harvester Travelall, one with a custom, presumably predator-resistant body lugged around by SUV mechanicals. In this case, those consisted of IH’s 392 cubic-inch, 6.4-liter V8, one which according to American Historical Truck Society forums sent 191 horsepower and 307 pound-feet of torque to the rear wheels via a three-speed automatic transmission. (Other reports found on the internet claim higher hp and torque figures, but the aforementioned appear to be the most accurate based on several reports and the engine’s overall capabilities at the time.) 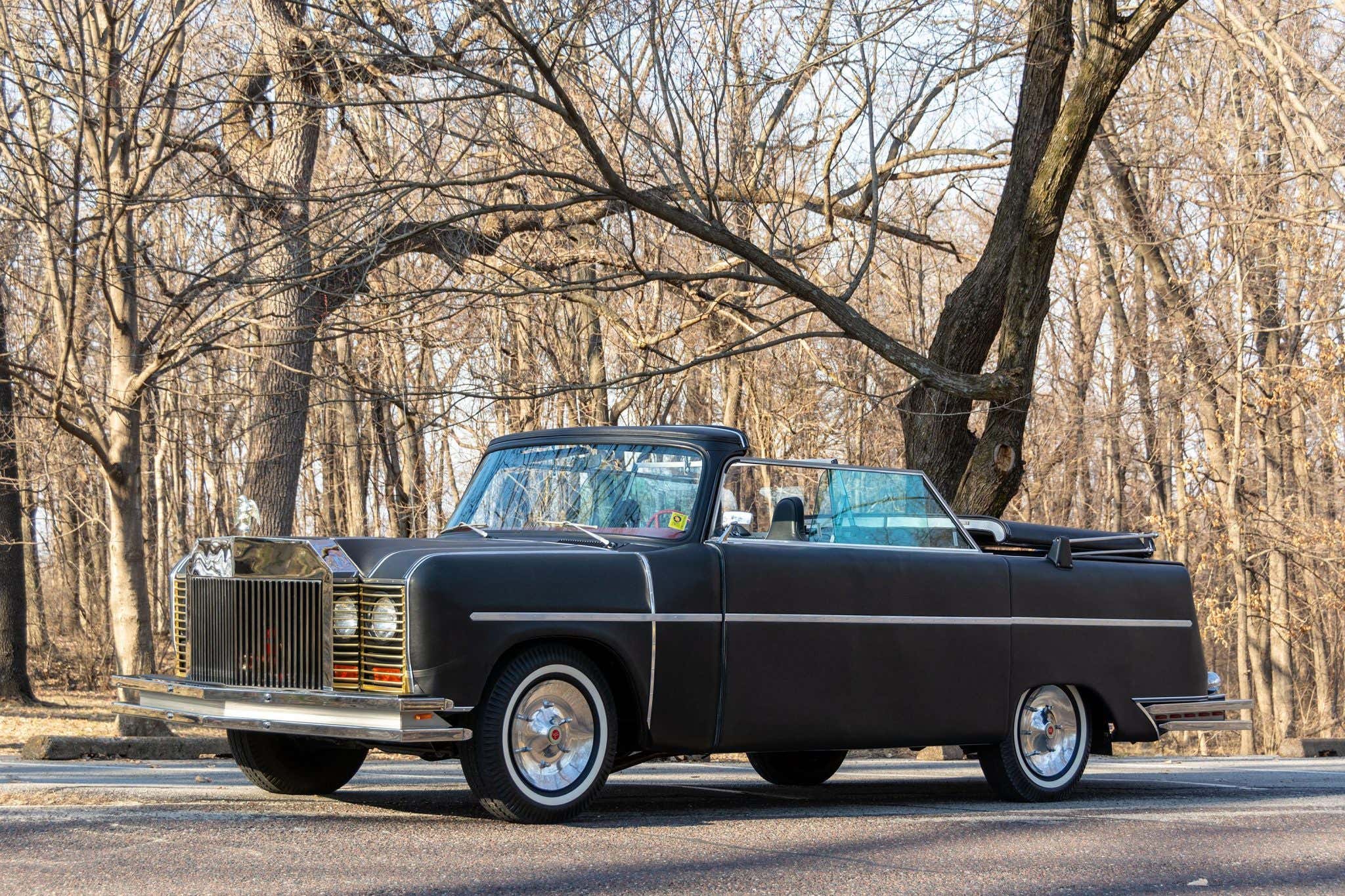 The SafariKar’s body and cabin were tailored to what Mohs considered musts in the African brush, though the Wisconsinite’s idea of outdoor necessities may furrow a few brows. Its aluminum bodywork was padded in polyurethane foam and wrapped in Naugahyde, a textile-backed vinyl, making the SafariKar an early application of vinyl wrap. Rather that open on traditional hinges, the SafariKar’s doors slid out on rods, remaining parallel to the body. Being designed for the wilderness, the SafariKar had a convertible hardtop; a huge two-piece folding aluminum mechanism that when opened would cast sunlight on its reported maximum of eight occupants.

The SafariKar apparently sat so many people by splitting them between a two-person fold-out jump seat out back (for parade use only) and two rows of three inside the cabin. Up front, all three occupants got their own bucket seats, each of them mounted on Mohs’ patented “swing-and-sway” mounts—they were apparently designed to yaw inward in turns, and according to a info from Mohs’ biography posted to Curbside Classic, pitch in event of a crash to reduce injuries. 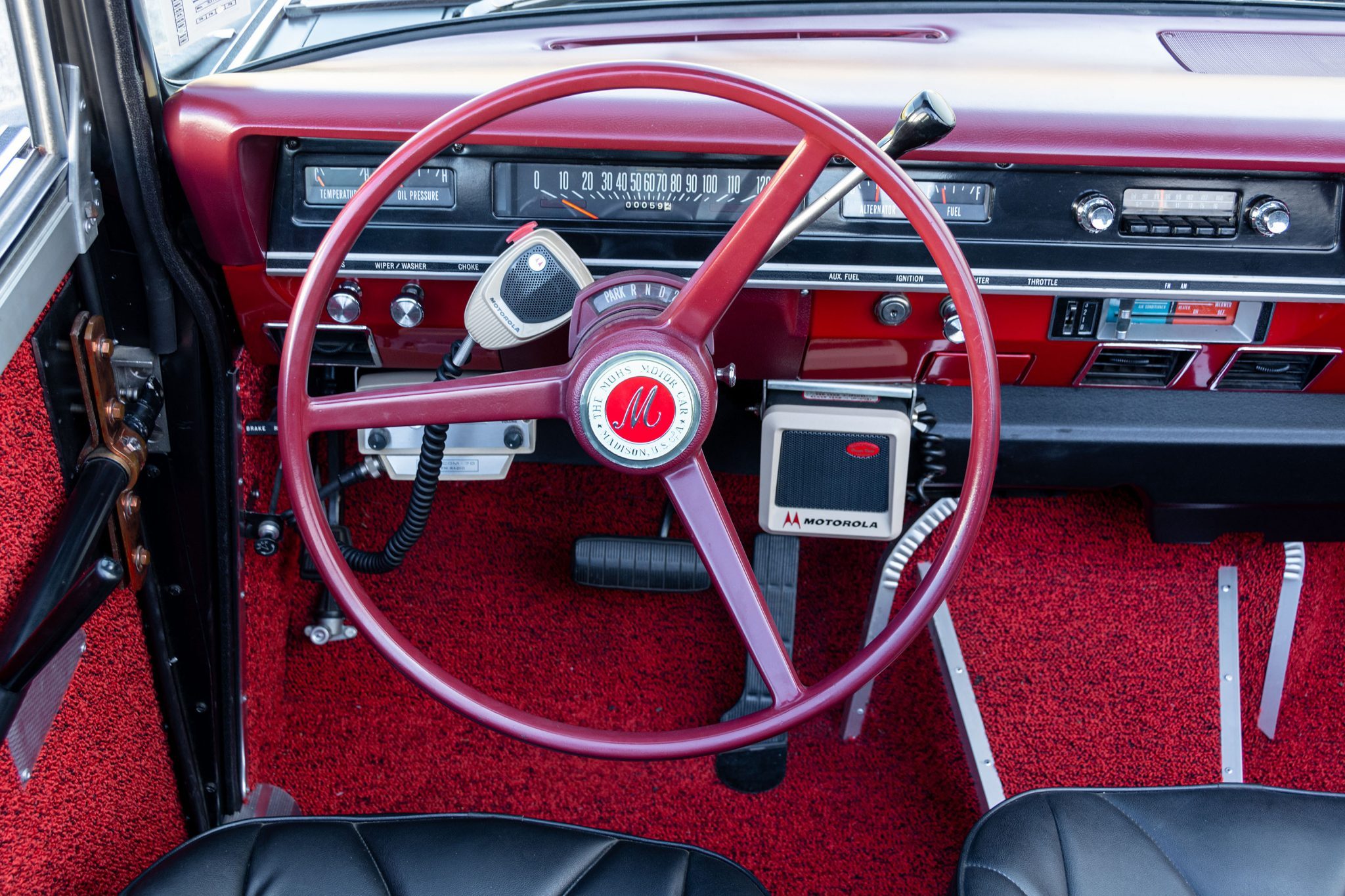 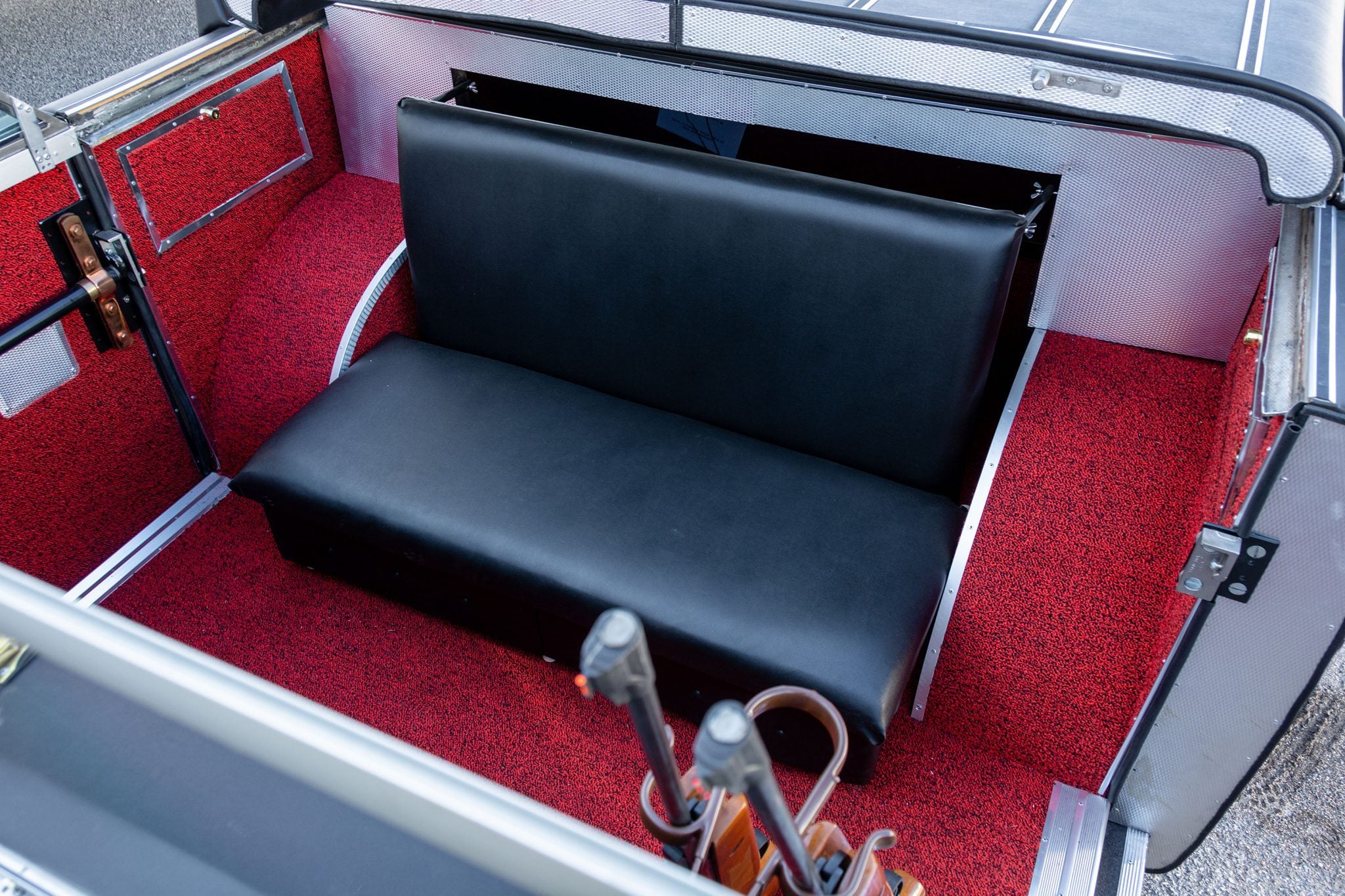 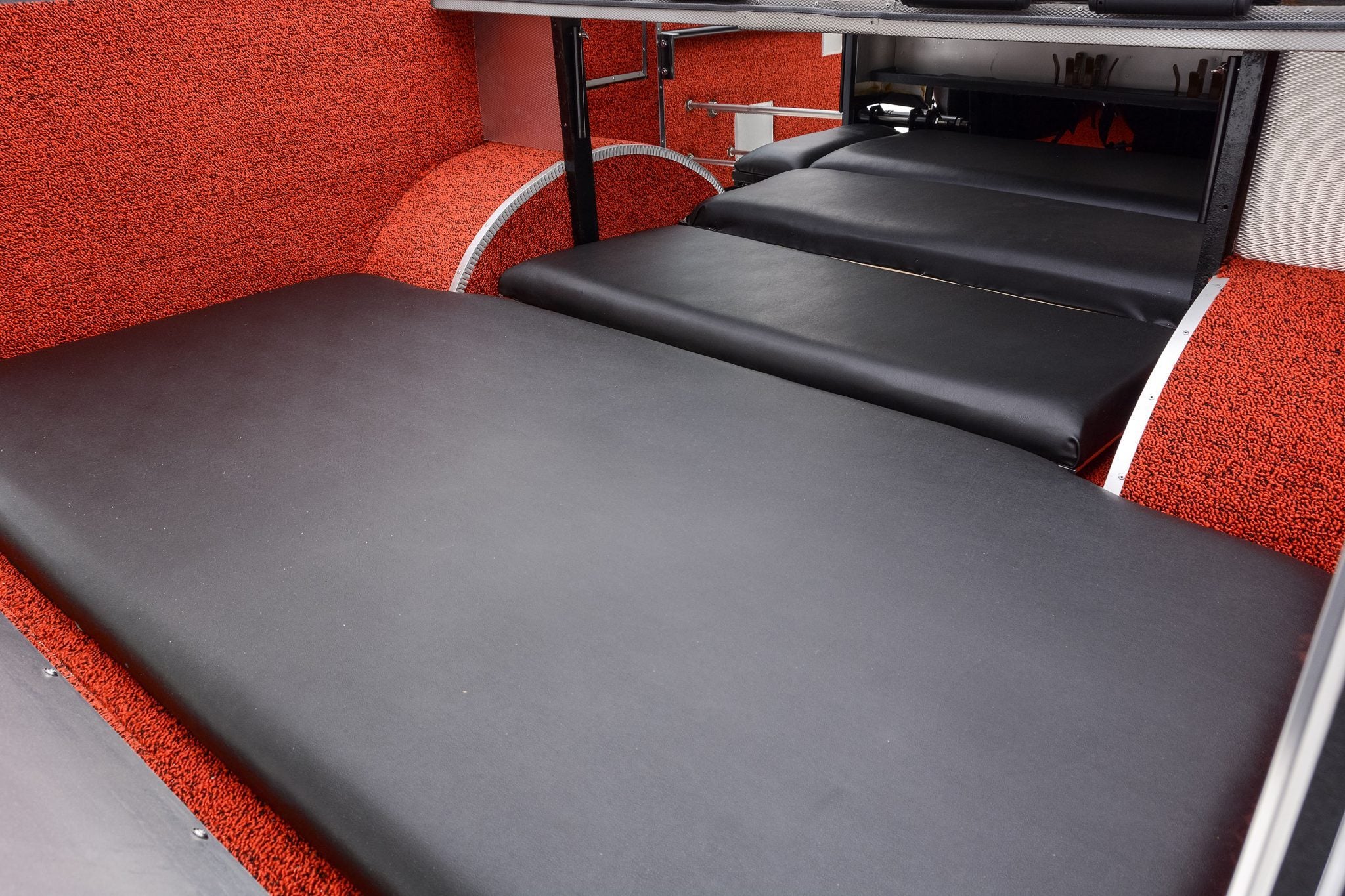 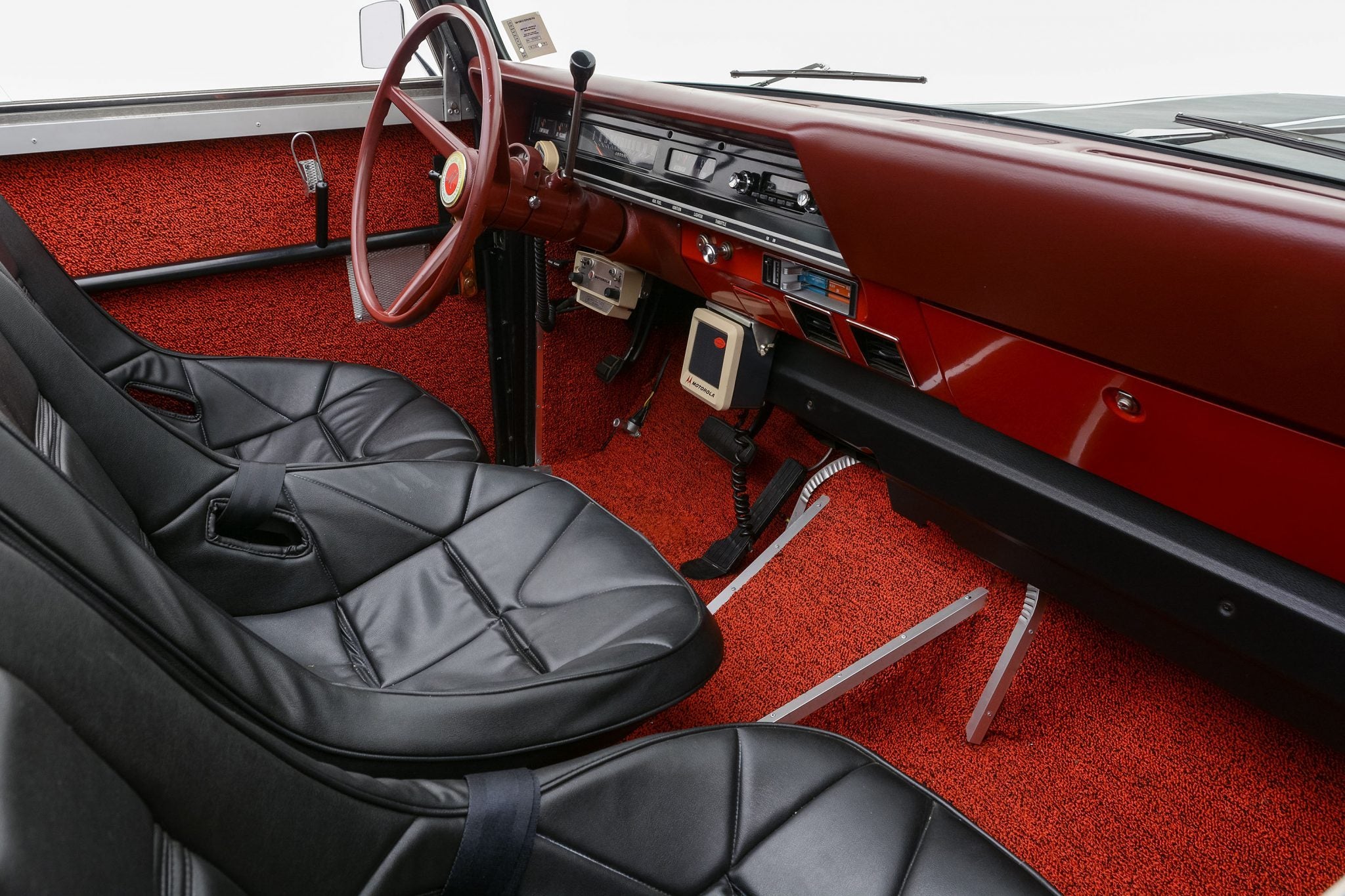 Out back was a more traditional bench seat, though one that could apparently fold flat, in conjunction with the padded pass-through trunk forming a bed that could sleep two adults and two kids per Coachbuilt. Just as strange as the SafariKar’s seating arrangement was its options list, which reportedly included a CB radio, a TV, and even a butane furnace. 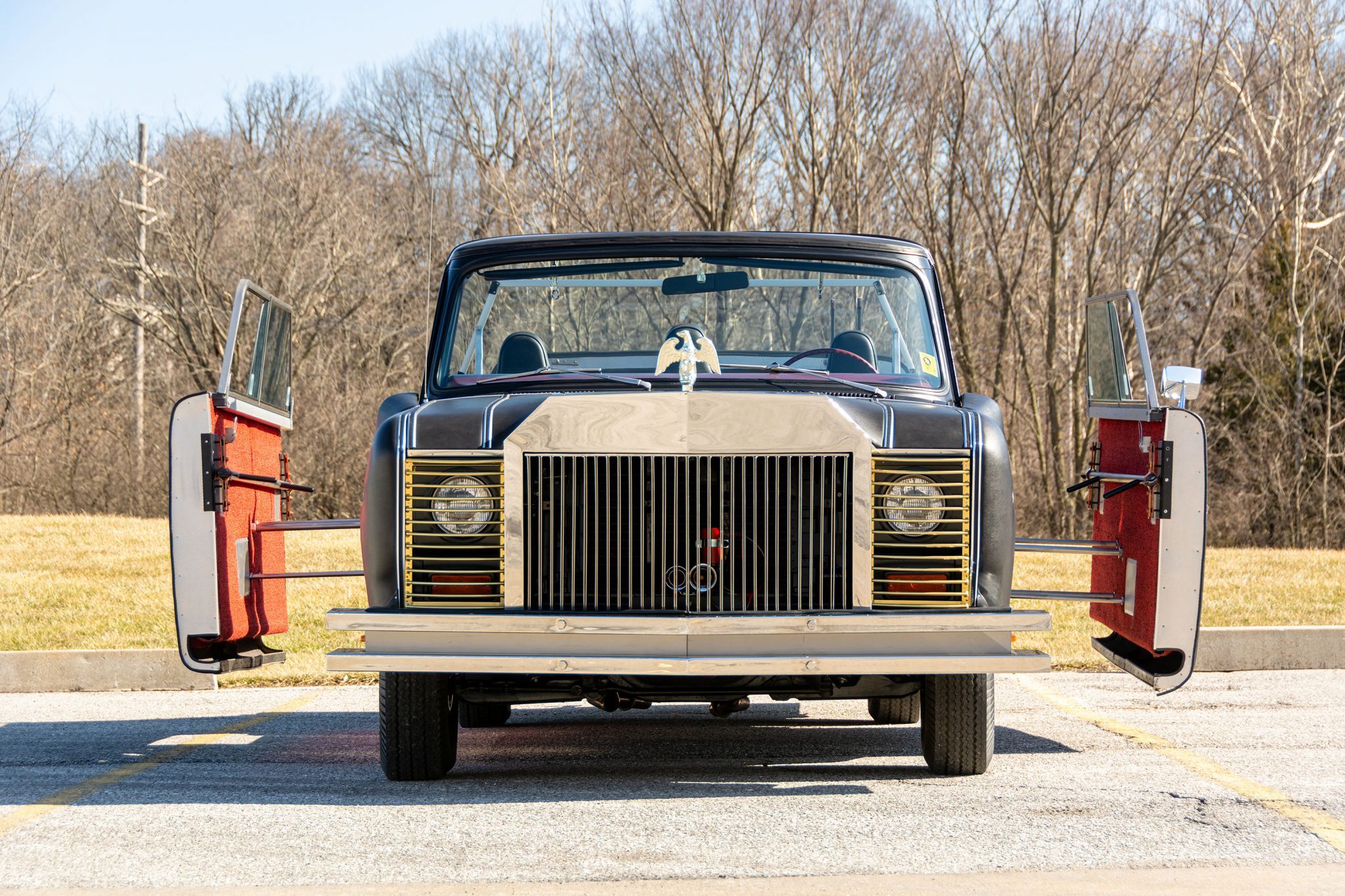 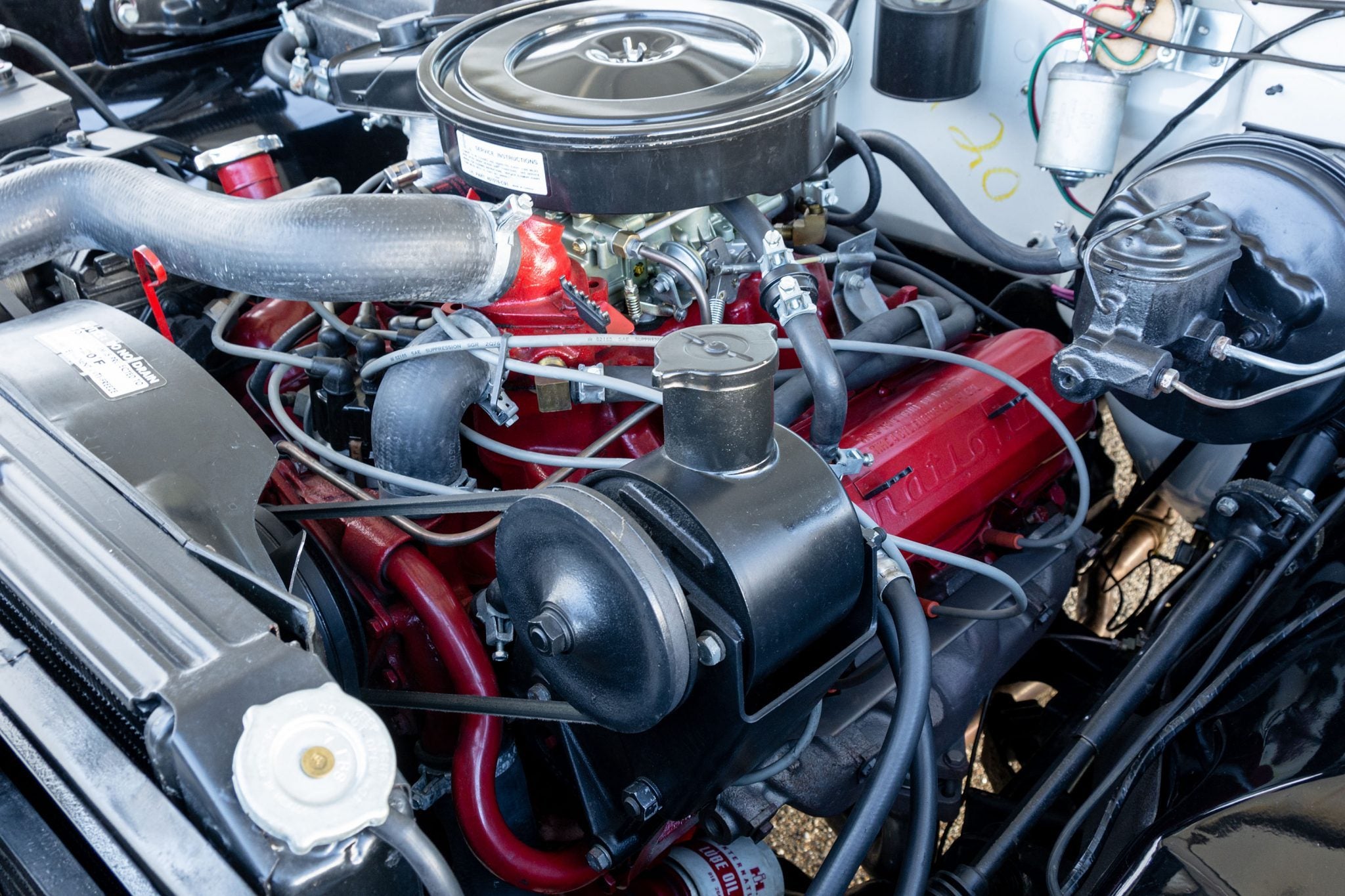 SafariKars were apparently advertised by Mohs as costing $14,500 in 1973, or $85,900 adjusted for inflation—not unreasonable considering what coachbuilt, truck-based luxury sedans run today. Mohs’ problem with selling SafariKars, naturally, wasn’t one of demand but reportedly one of meeting EPA requirements, as explained in the Bring A Trailer listing. Bagging it for yourself will require bidding more than $90,000 by the time the auction wraps up Friday.

Happy hunting, as they say. 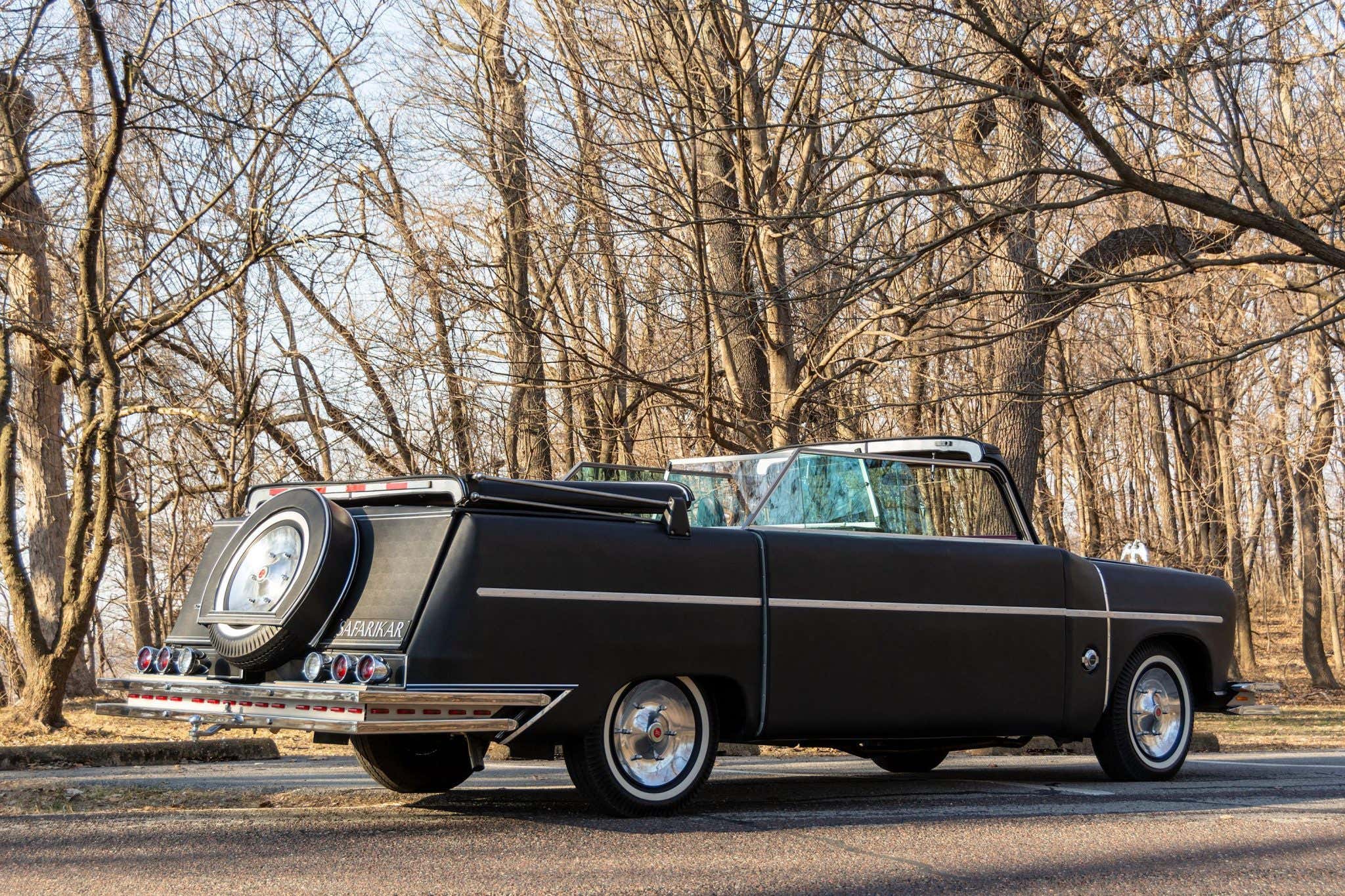