Kia EV9 Concept: An Electric Seven-Seater With a Polygonal Body and a Wild Interior

Hyundai and Kia have come out swinging as surprise contenders in the migration toward electric vehicles. That’s partially down to their competitive offerings, and in part, because their design teams are doing more radical things than any other carmakers. Now, in the wake of the Hyundai Ioniq 7 concept with its unconventional interior comes a Kia equivalent, with a low-poly body, rear suicide doors, and strange insides of its own.

The Kia EV9 concept is a midsize, three-row electric SUV, coming in about the same size as the current Telluride. It’s built on the E-GMP platform with its big battery mounted in the floor, giving it a claimed range of up to 300 miles, and compatibility with the most powerful DC fast-charging out there. On a 350-kilowatt feed, Kia says it can recharge from 10 to 80 percent in 20 to 30 minutes. 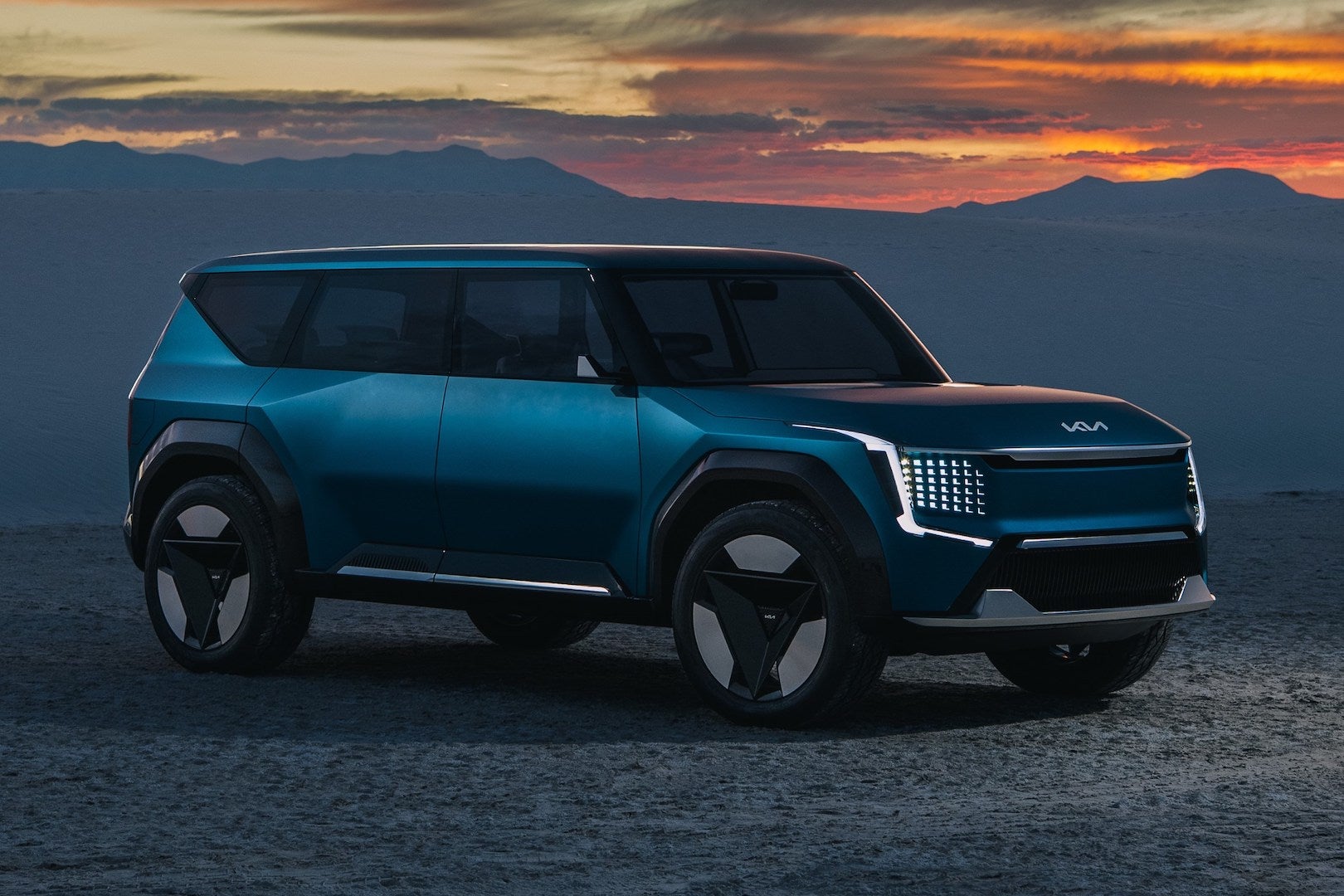 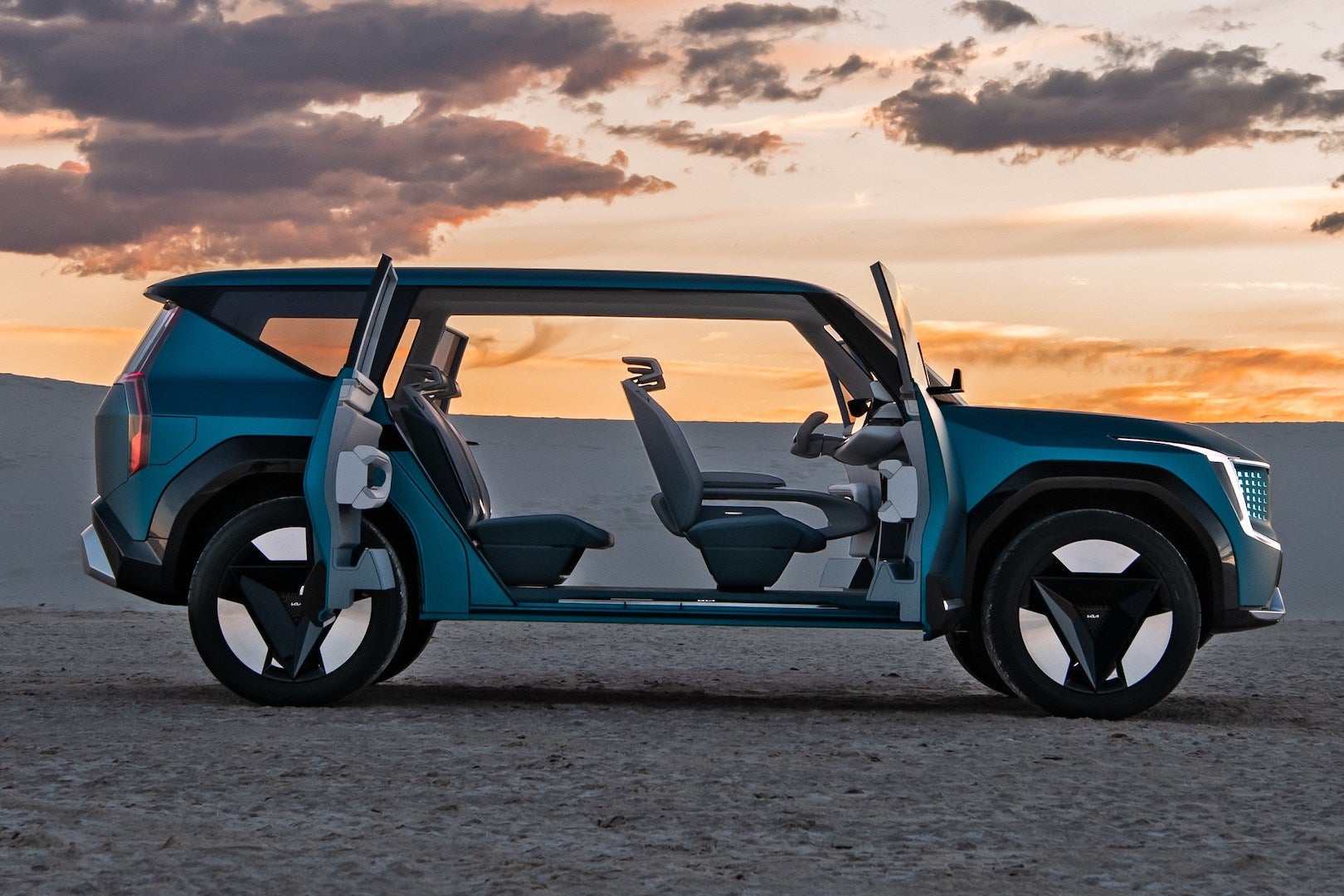 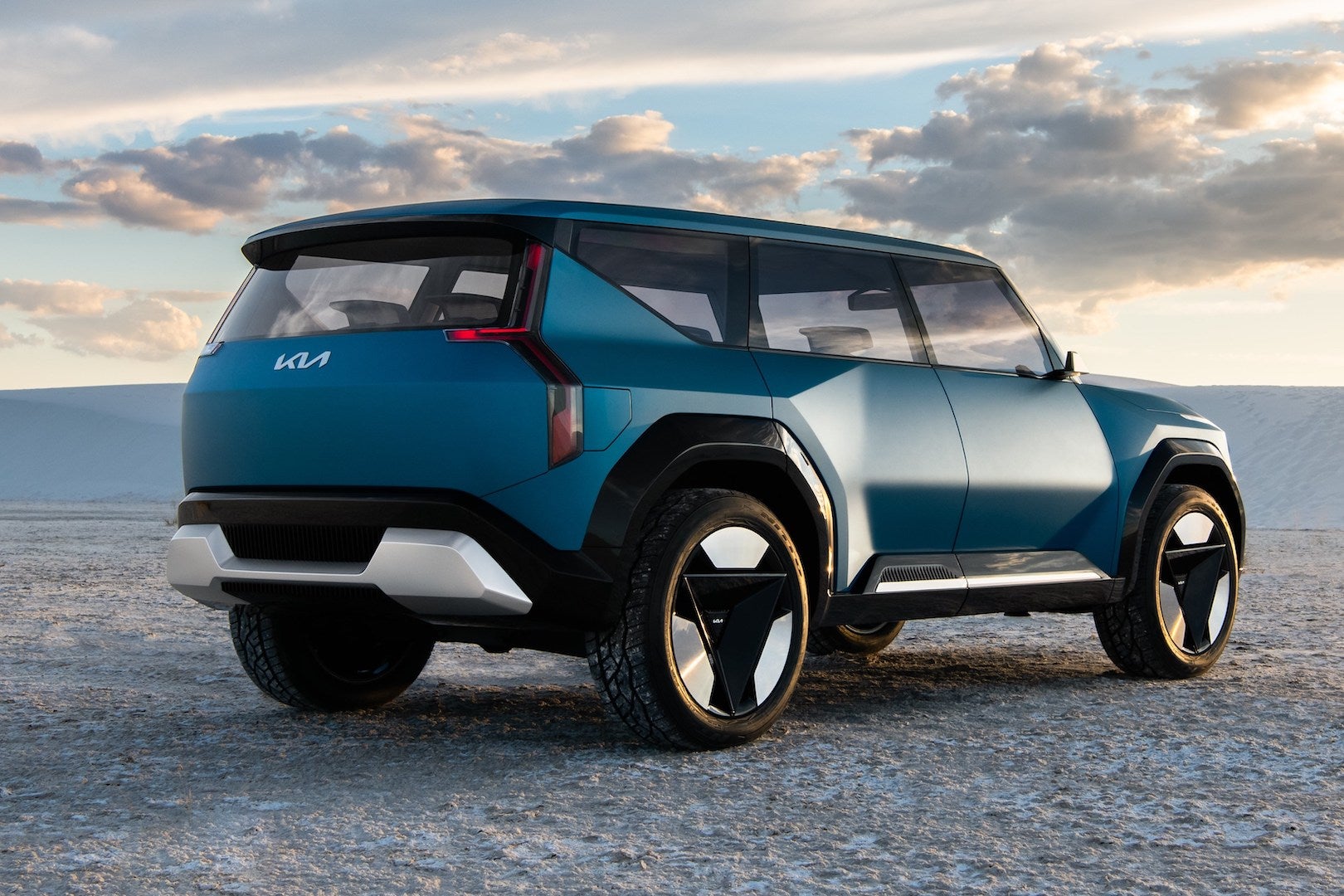 Like its sister Hyundai concept, the EV9 has a big front screen (though this 27-incher is fixed to the dash rather than folding up), and a uniquely configurable interior. Its first and third rows can pivot 180 degrees, while its second row can fold flat to form a table, allowing conversion into a lounge-like space lit naturally by the panoramic glass roof. Turned to face rearward, the third row can also be used to sit with the tailgate popped, either to enjoy the scenery or host a tailgate party. 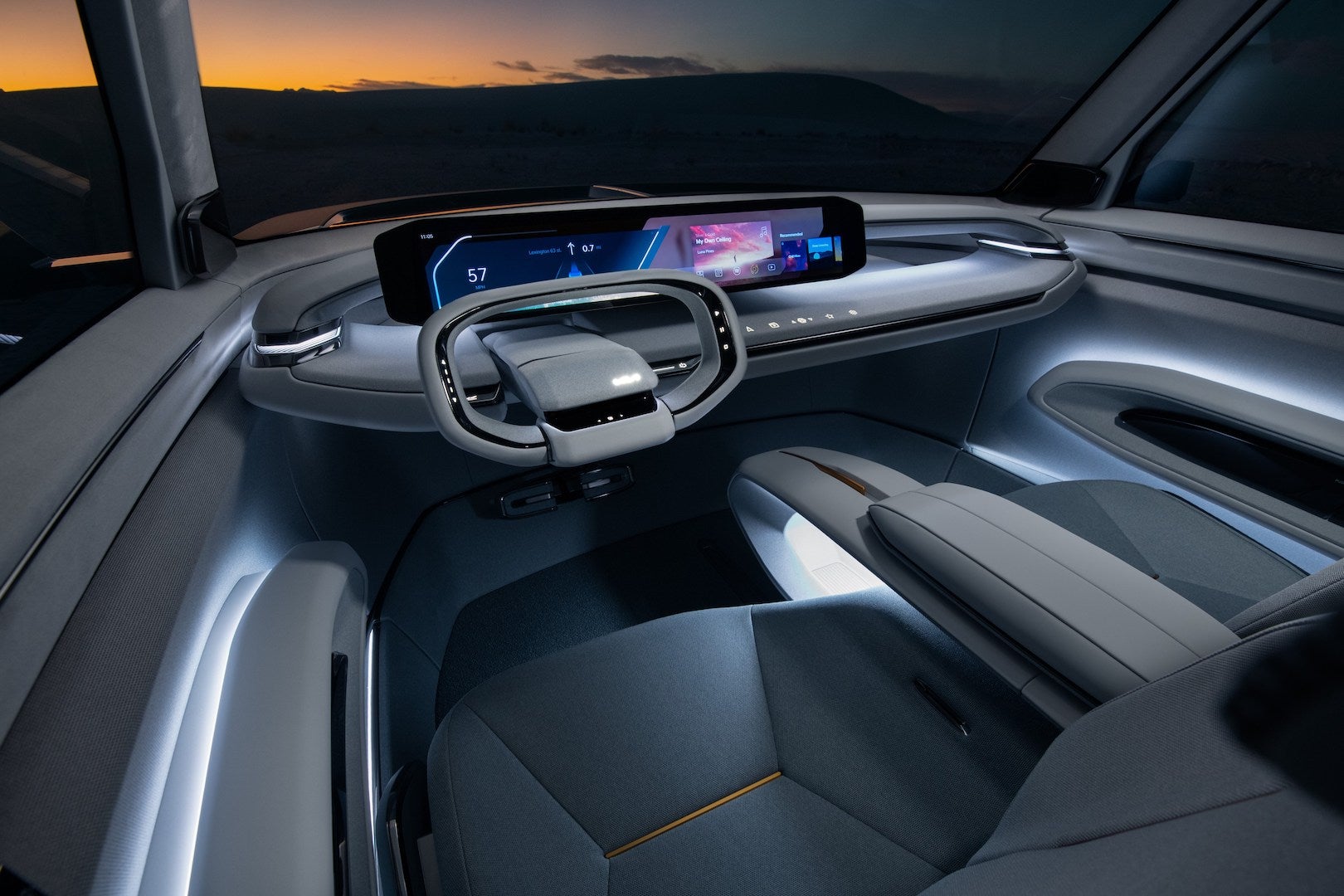 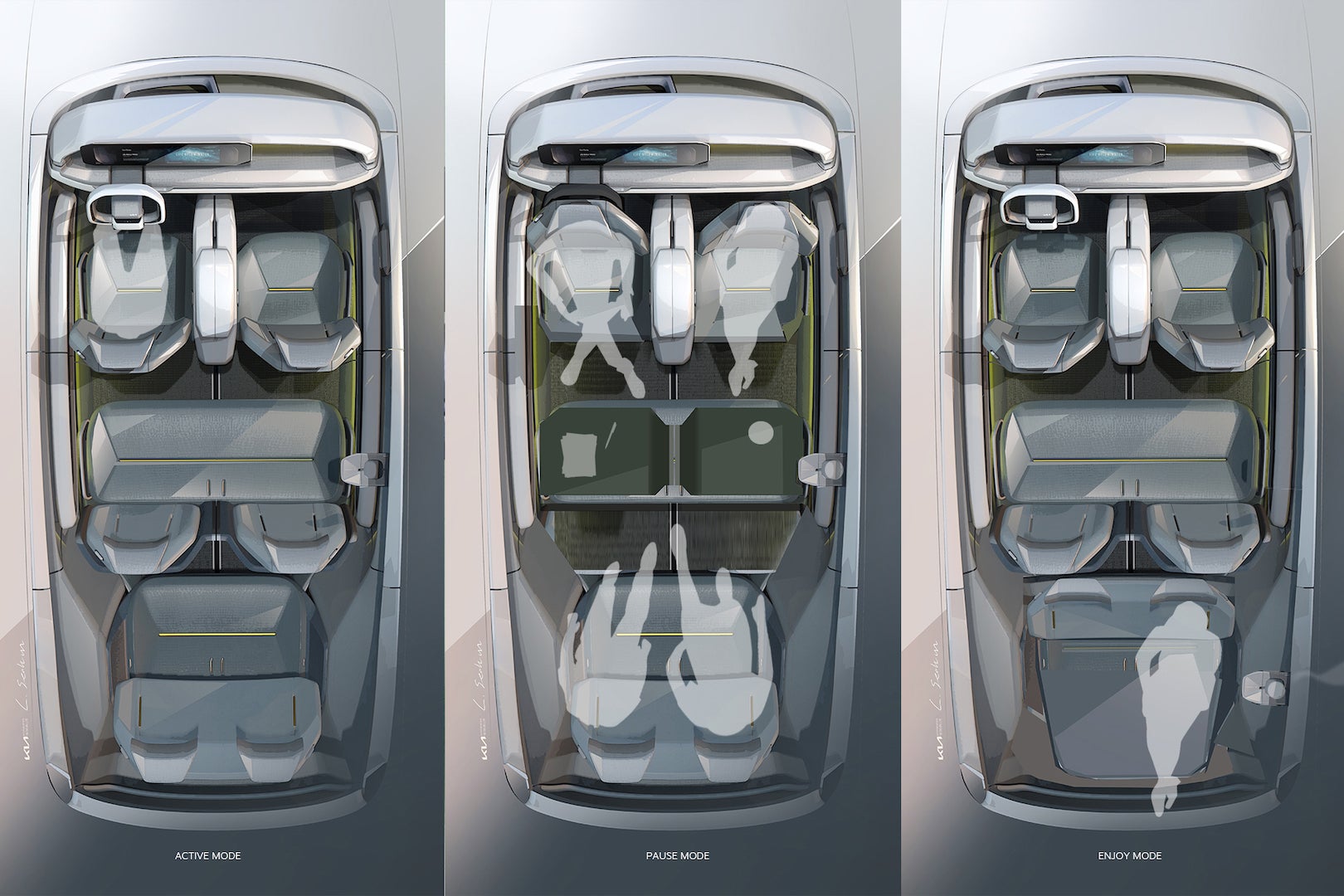 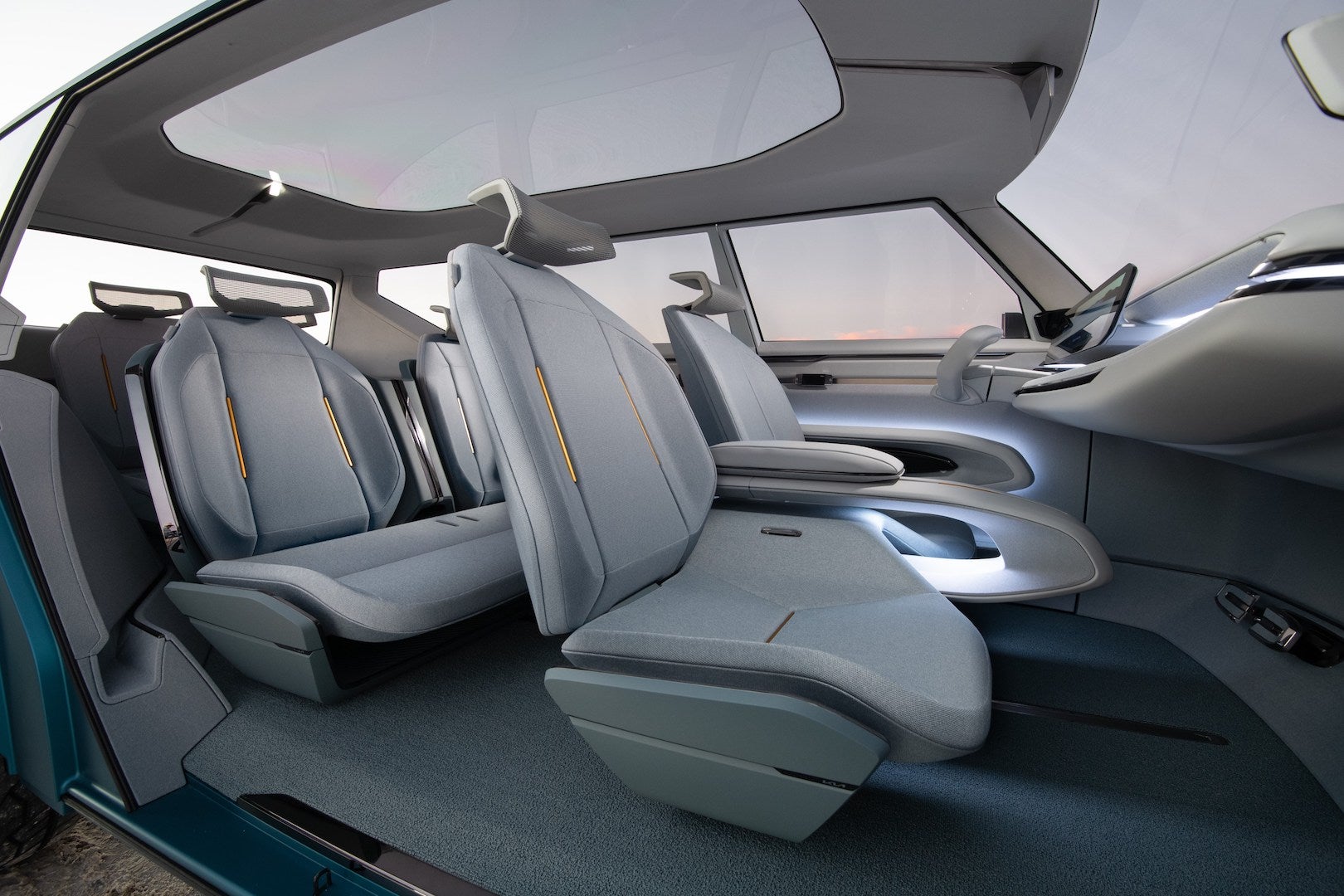 Kia says the EV9 concept previews its next EV, which will sit above the compact EV6 crossover. The public will get its first taste thereof at this year’s LA Auto Show, where it will be on display until Nov. 28.

Has the Tesla Cybertruck started a polygonal design revolution? Maybe cars are finally starting to look the way we thought they would in the 2020s and beyond. (They just aren’t flying yet, but that’s probably for the best.)