A few summers ago, I took my son to the Greenfield Village at the Ford Museum and at the top of my list of activities was a ride in a Model T. As we took our turn inside the tall, narrow vehicle riding on impossibly-skinny tires, I decided right then and there that when I retire, I’m going to spend my summers in Detroit driving tourists around in Model Ts and loving life.

And I’m going to refer to NASCAR driver Joey Logano’s new Carography video to teach me how to drive it. 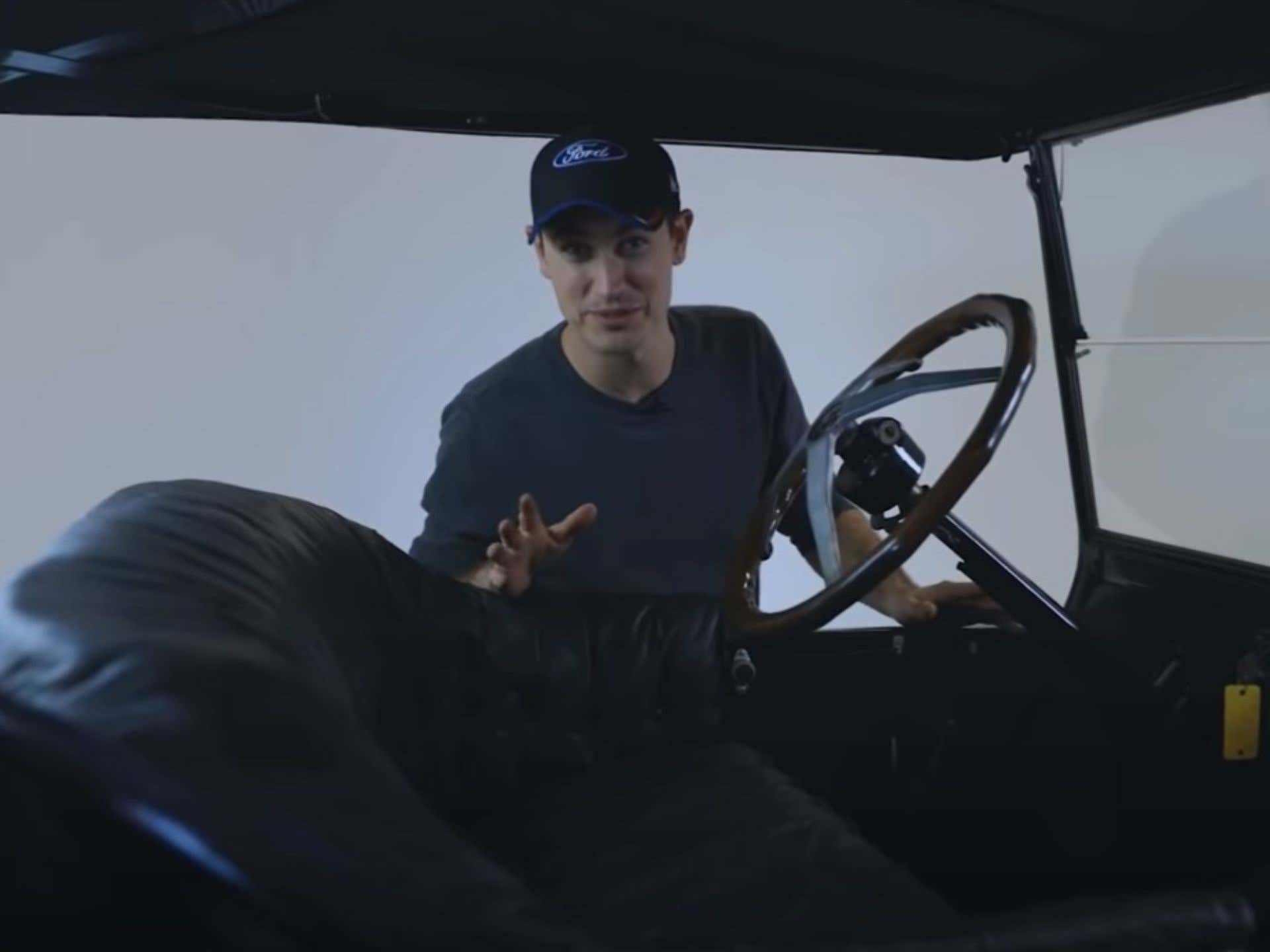 Logano has an all-Ford car collection, including an impeccable 1924 Ford Model T he has had for seven or eight years. It’s autographed by Edsel Ford II, and Logano says it’s his favorite car in the collection. He makes the point that in 1924, Ford built almost two million Model Ts. Think about that: Ford built less than one million 2019 F-150s with the newest manufacturing processes. Those early Ford factories were really cranking out some vehicles at an astonishing pace with considerably less technology.

Driving one of these classics is a process, and watching Logano start it up showcases its finicky nature. You also have to re-train your brain to remember that when driving a Model T, the pedals are completely different from what we have today. They’re set up in a triangular configuration with the brake pedal on the right, reverse in the middle front, and the left pedal is the clutch. To get it going, you find neutral with your foot and activate the shifter/parking brake with your left hand. When you take your foot off the clutch, that’s when it really starts rolling.

“You really have to wheel this thing,” Logano says. “You can’t just go along for the ride; you’ve got to get in it and drive it.”

This car was built with simple straight axles, a leaf spring in the center, and an internal magneto coil and magnet system. The suspension is pretty much limited to the springs in the front seat, and by lifting that same seat you can access the gas tank. There’s no fuel gauge, so you peer inside and shake the car a little to see if you can see any gas sloshing around in there.

You know the Model T requires some hand cranking, and even in Logano’s video you can see it doesn’t provide instant gratification. Once it fires up, you have to run over to the timing level and adjust that along with the throttle.

By the time I retire and start driving Model Ts for the fun of it, I’ll be old and fussy too. We’ll get along just fine.