Matt Farah of The Smoking Tire made a guest appearance on Car Bibles this week writing up his first three months and 1,700 miles of ownership with the Mustang Mach-E he recently picked up, and the verdict so far is very positive. As an enthusiast I’m still skeptical on EVs, but his write-up has piqued my interest a little more.

I have very little interest in the blistering acceleration or advanced infotainment that seem to get people so excited about electric cars, but I do like the idea of silent running and I can appreciate the benefits of burning fewer fossil fuels. Check out Farah’s story to get a sense or what one of these cars is like to live with. And if EVs are not your thing, we’ve got a couple of posts on the anachronistic Bronco and some other old iron I think you’ll dig. 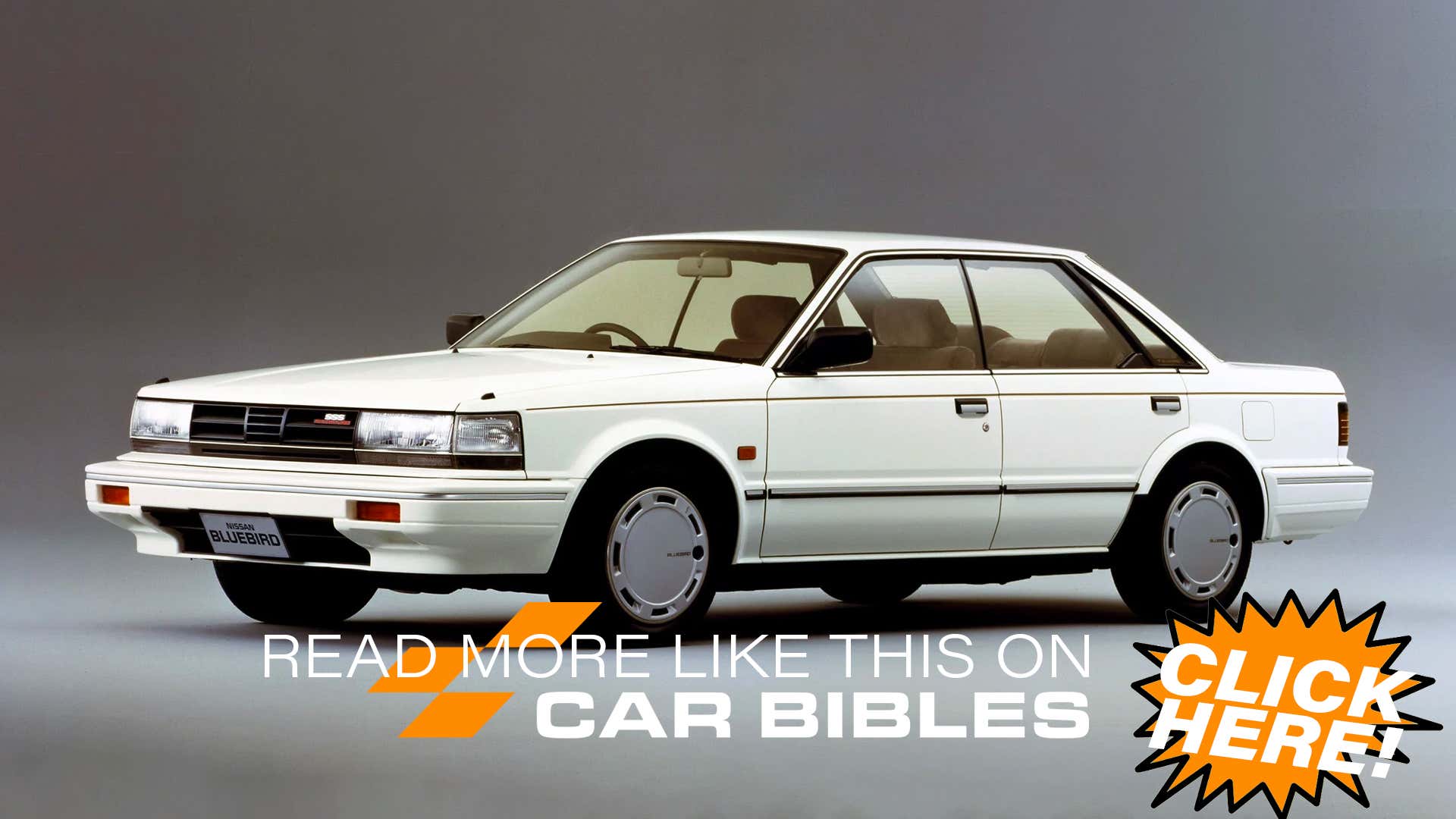 Car Bibles is generally focused on DIY-related content, practical advice, cultural commentary, and automotive entertainment celebrating low- to medium-budget motoring. We’ve stepped up our schedule to six posts a day each week—including a daily feature photo—so if you like what you see below, I would love to see you over on our site to check out the rest of it! Anyway, on to the roundup:

When we first heard that a new Ford Bronco was in the pipeline, and that it’d share the T6 platform with the Ranger, I thought for sure that the SUV would just be a rebadged version of the Everest that’s sold down in Australia. Obviously the two vehicles look nothing alike, but if you look hard under the sheetmetal you can see some interesting family resemblances.

Chris Rosales found some underbody pictures and points out where you can spot the T6 roots in the new Bronco. This isn’t a comprehensive engineering analysis, that’s on purpose, it’s an overview that answers the question I personally had of “how heavily did the Bronco end up being based on the Everest after all?”

The First 2021 Ford Bronco Reviews Are In; We’ve Rounded Up the Best for You Here

Our Review Rundown series is a Car Bibles signature and, hopefully, helpful to those of you who want to see what the whole internet’s saying about a new car all in one spot. These posts are also a good way to get introduced to car writers you might not have known about.

The Bronco launch was probably the biggest of the year. It’s very cool to finally read about what this thing’s actually like to drive after seeing rumors and teasers and pictures over the last half-dozen years.

Somebody Paid $800 for an Uber Ride in My Chevy Sonic

A day in the life of an Uber driver can be pretty strange. Here Kevin talks about navigating a city overrun with sports fans during big games shuttling people around, and one particularly lucrative road trip he took somebody on in his humble six-speed manual Chevy hatchback.

Who doesn’t love a good “check out how cheap this depreciated this sweet old supercar is” story? Well, the second-gen Audi S8 isn’t really a supercar but it does have a monster of an engine. The V10 in these Audis was a basis for a similar engine that got used in some Lamborghinis, which is neat.

If you’re interested in experiencing a high-performance V10, your options are pretty limited (Viper, Gallardo, BMW M5, and this thing) but if you’re willing to brave some potentially higher parts costs these S8s represent a solid value.

Why Did We Let Mercedes Think It Invented the Four-Door Coupe?

The Mercedes CLS really did seem iconoclastic when it came out. A sleek four-door? Sweet. But it was not “the first four-door coupe” as some ads claimed. This post rounds up a few very cool Japanese cars from the ’80s and ’90s that are undoubtedly four-door coupes. I hadn’t heard of any of these cars, but now I really want to see a Nissan Bluebird SSS in person.

If you liked any of those stories, I hope you’ll join us on the regular over at Car Bibles. Our comment section’s always open and we’ll be doing a lot of experimenting throughout the year as we look for new and fun ways to bring automotive entertainment to you. Now go have a great July Fourth weekend.