Proving that it’s worth making urban art installations as structurally sound as possible, a Dutch metro train and its driver were saved by a giant polyester whale tail after the empty train derailed and crashed through the safety barriers of the train line’s final stop, coming to a halt some 30 feet up in the air.

The De Akkers metro station is the southwesternmost subway station of the Rotterdam Metro system, located in the city of Spijkenisse, and it features a pair of whale tails designed by architect and visual artist Maarten Struijs.

As reported by nu.nl, the driver of the unlucky RET (Rotterdam Electric Tram) unit was taken into custody and transported to a hospital as a precautionary measure. Technicians and forensic experts are now working towards figuring out whether system failure or something else caused the spectacular derailment.

Dutch police say damage to property is extensive, yet we have no word on the specific condition of that heroic whale tail. Meanwhile, the artist himself said he’s surprised the sculpture held up to this much abuse. 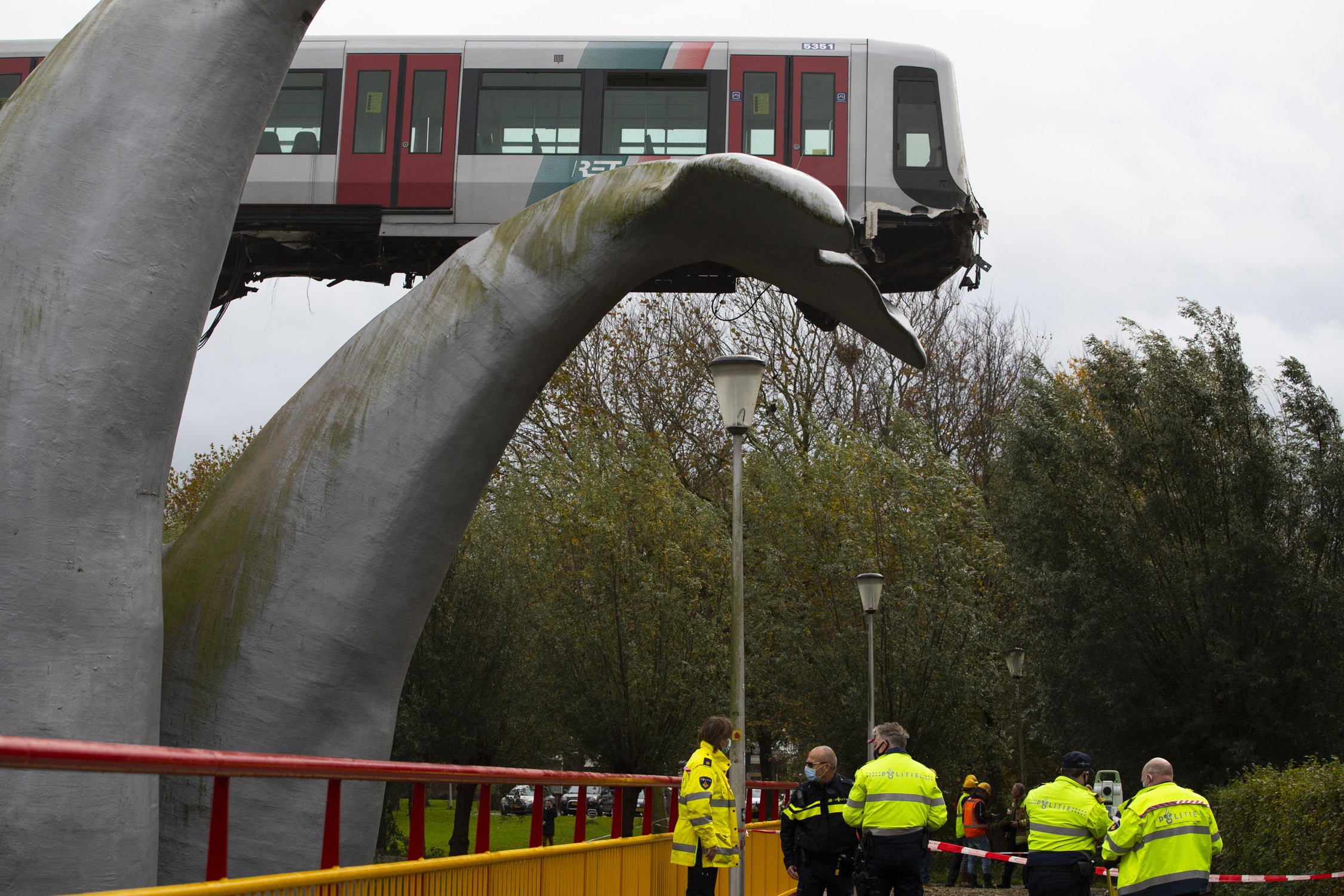 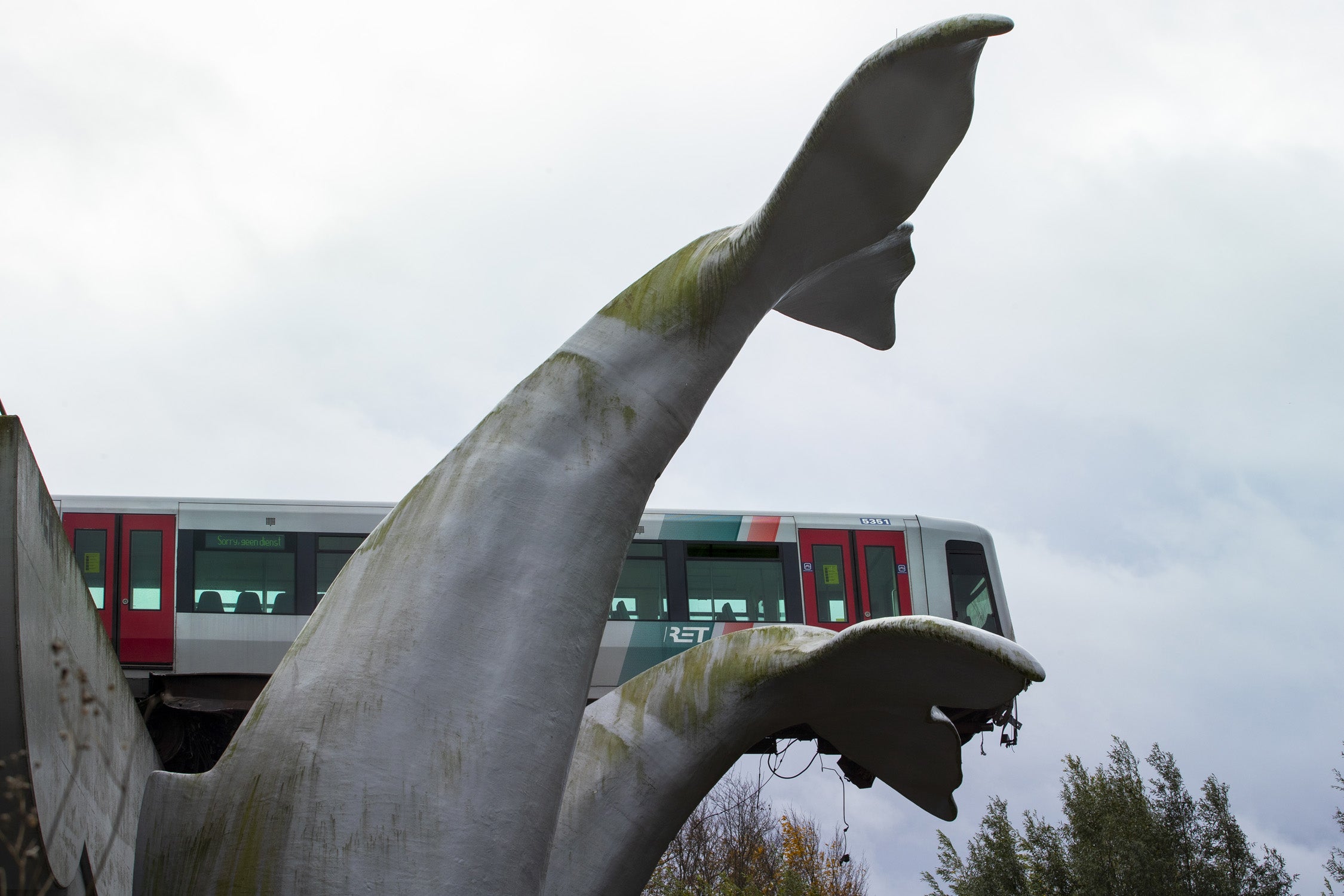 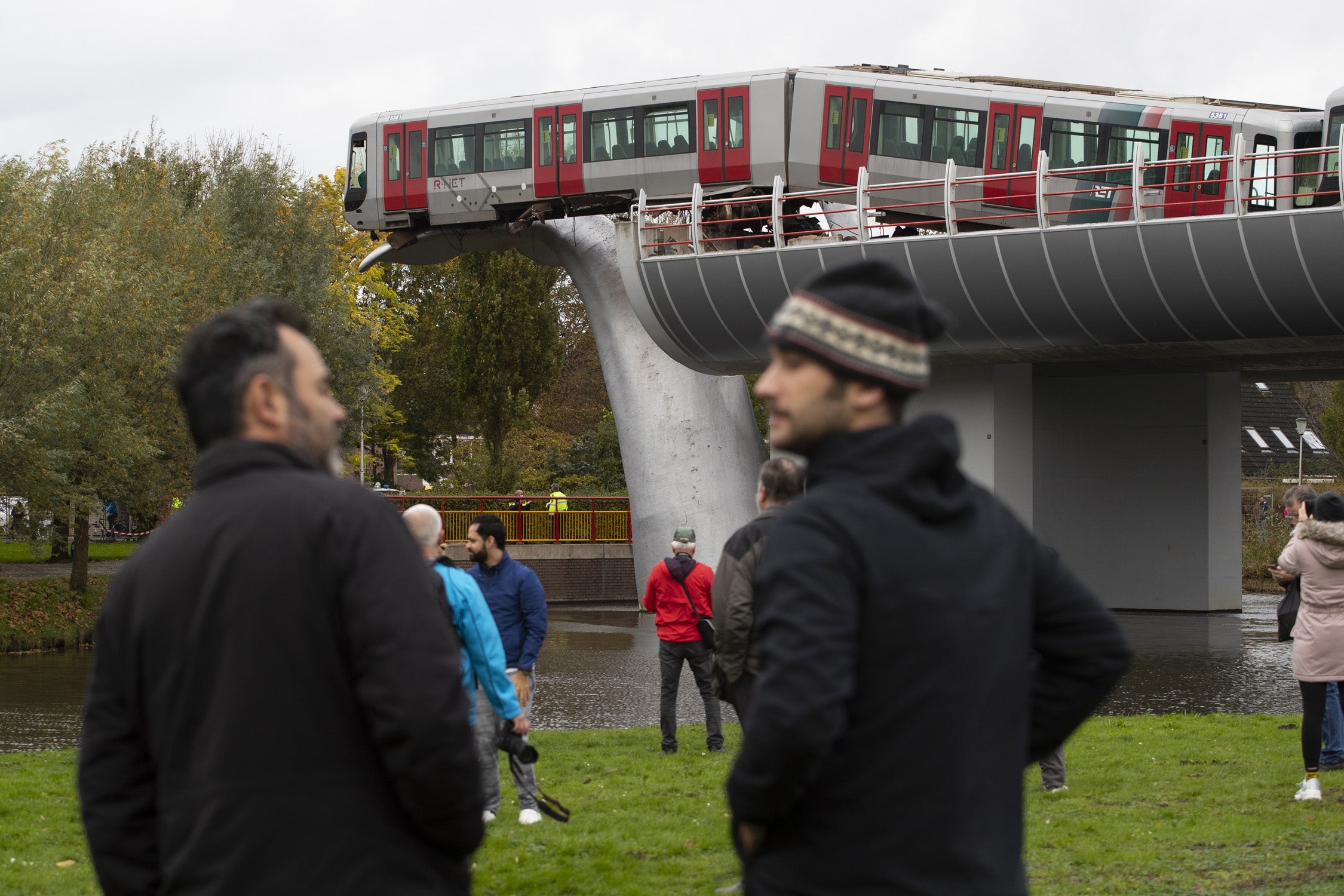 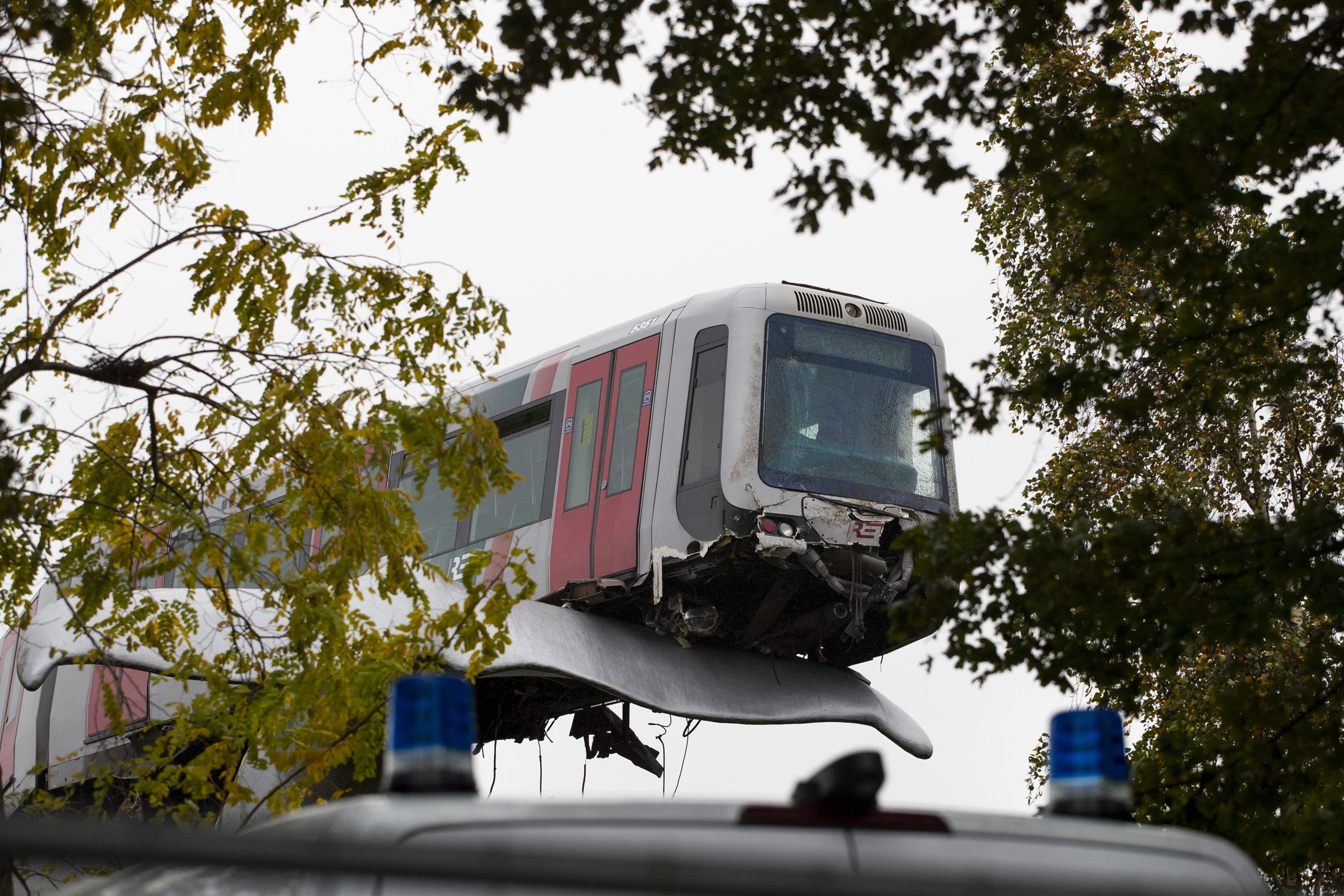 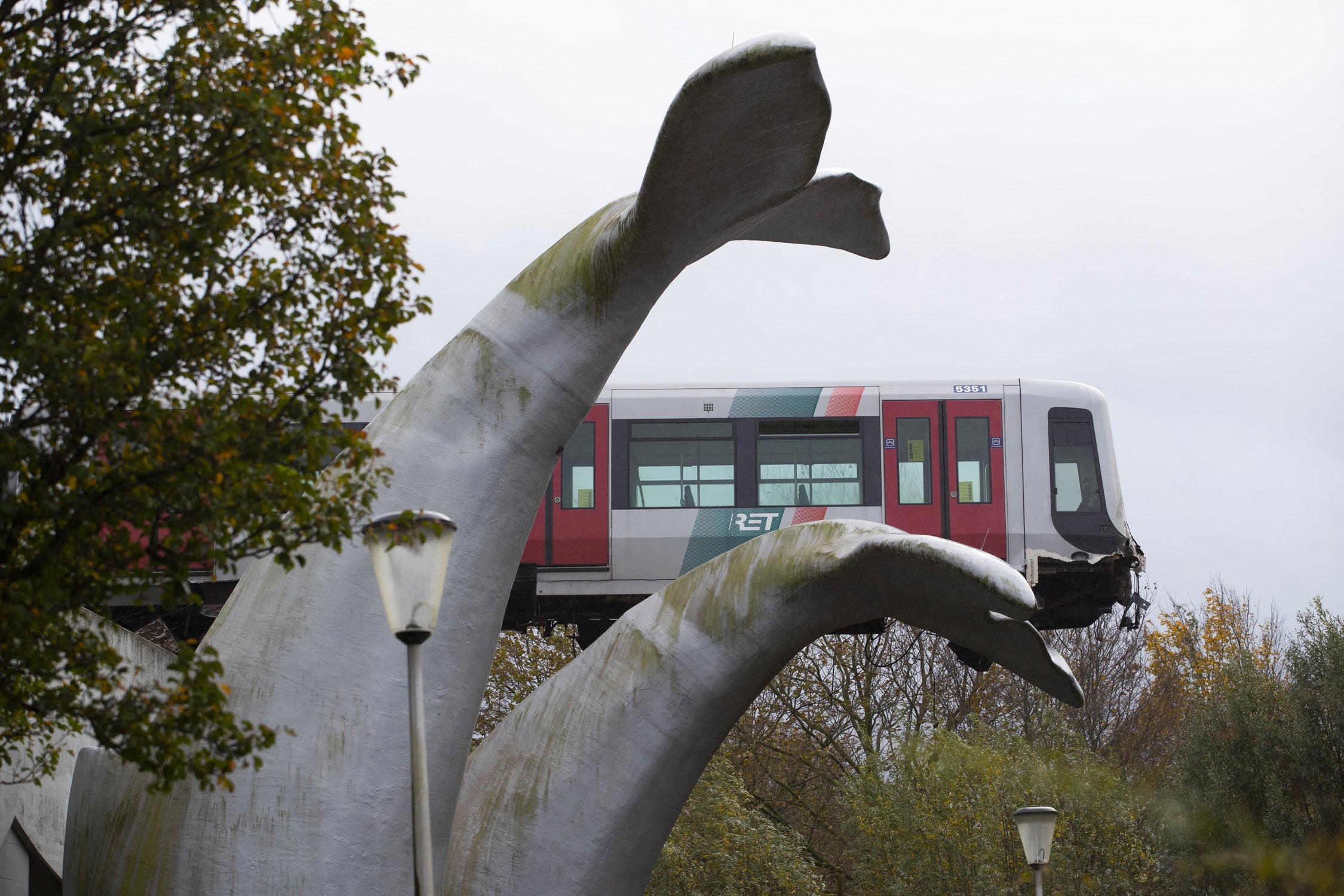 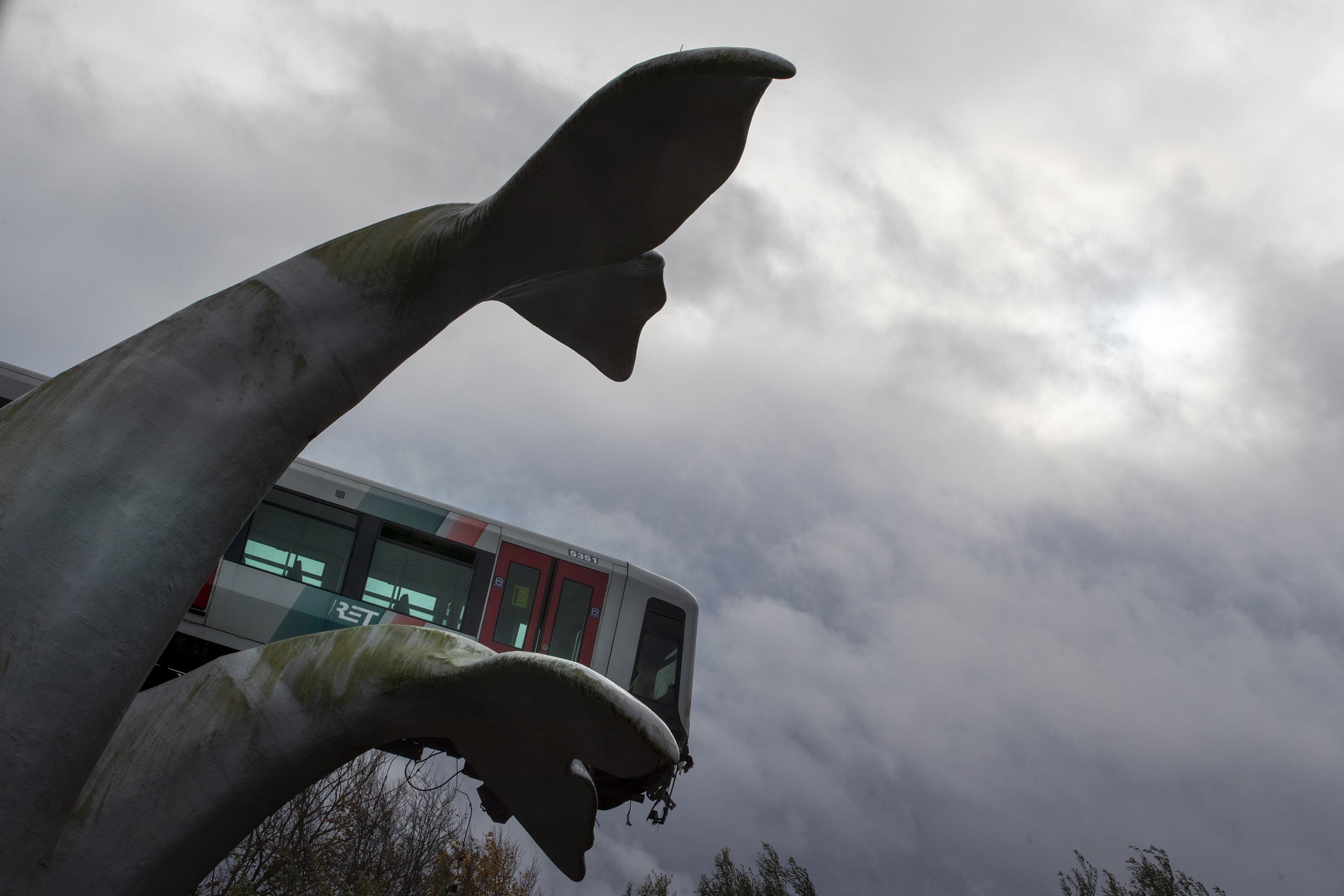 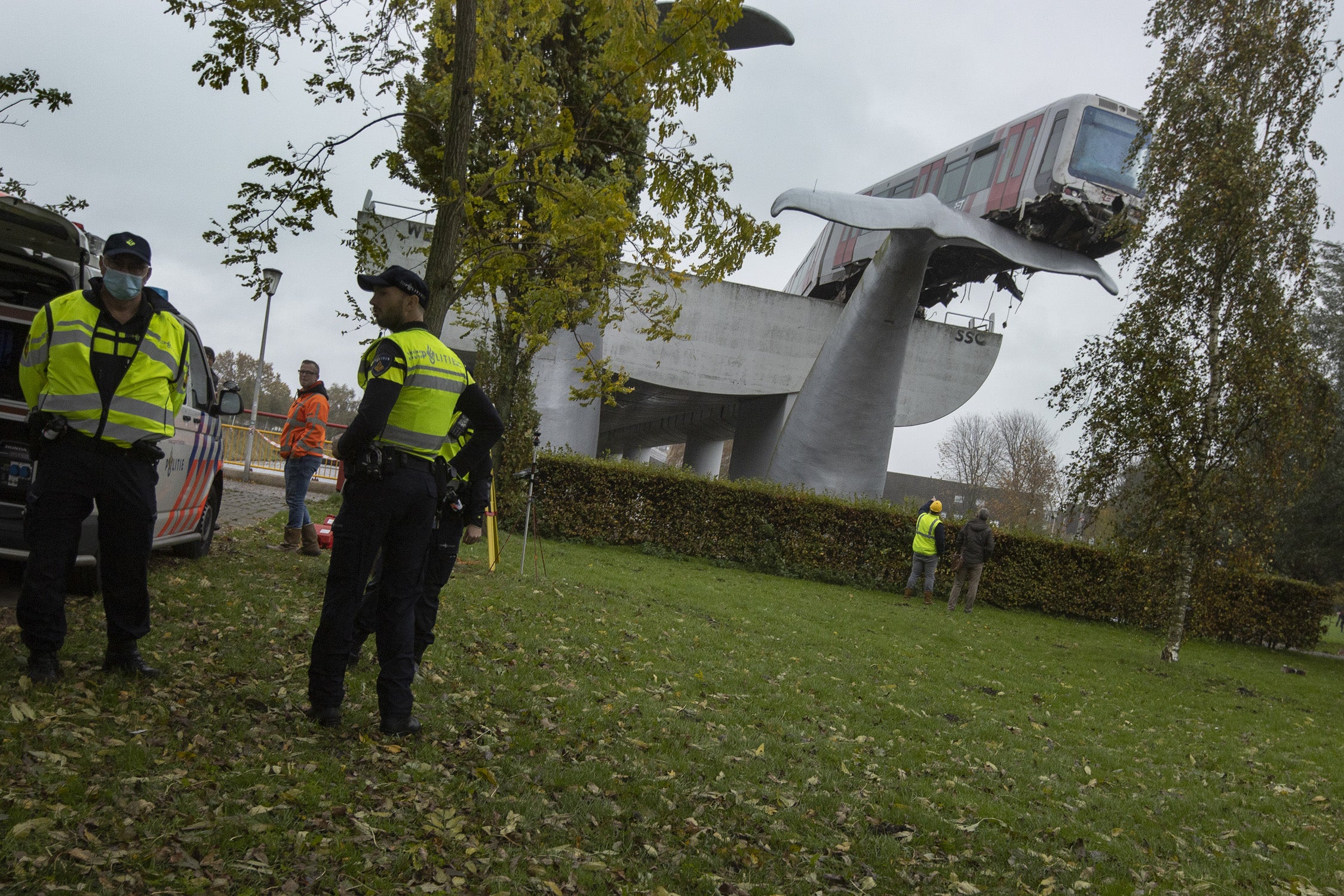 The rolling stock landing on what’s also known as “the tail track” is Bombardier’s 5400 Series train, and it was delivered to the Rotterdam metro in 2002. The full 100-foot-long train weighs around 46 tons, so it’s a good thing that most of it stayed on the platform itself. Being a station in the Netherlands, the terminus of De Akkers of course ends above water.

A spokesperson for the main public transport operator of Rotterdam said that due to the accident taking place at the end of the track, the timetable for the day’s activities should not be affected. This is great news for all locals who got woken up past midnight by the unmistakable sound of a train crashing into a plastic whale tail.

How to parallel park