Pak Cik Shell shows why you shouldn’t be in a fuel tanker truck’s blind spots – the driver cannot see you – paultan.org 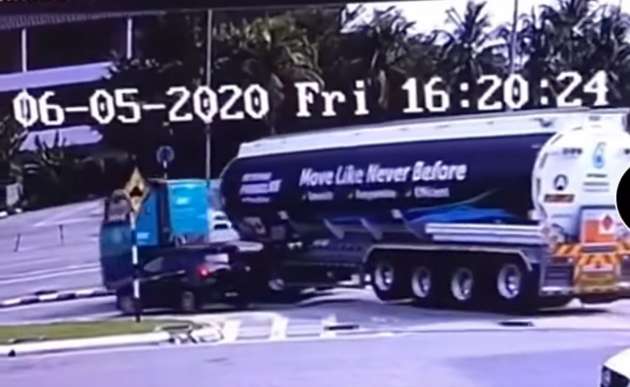 It’s an unfortunate (and costly) accident, and the lesson here is to be cautious when being around large commercial vehicles such as a fuel tanker truck. The blind spots of such vehicles are a lot more substantial compared to a regular passenger vehicle, as Shell Malaysia Trading managing director Shairan Huzani Husain, who is also known affectionately as “Pak Cik Shell,” demonstrates in a video uploaded to his Instagram account.

In the video, Pak Cik Shell climbs into a fuel tanker truck and shows a first-person view of what a driver sees from within the cab. It may look all clear looking out, but upon exiting, we find that there are several cars and motorcycles around the fuel tanker truck, with some being several feet away.

Commercial trucks have four blind spots which are called “no zones,” and if you drive behind, directly in front or on either side of a truck, the driver cannot see your vehicle. So, please be careful and avoid overtaking such trucks on the left or being in its blind spot. Give them room if you can because it’s better to be safe than sorry.