People Keep Gluing Themselves to Roads In the UK

You might have heard already that things are not going totally well over here in the U.K. We’ve got a few things on our plate right now, such as the ongoing shortage of truckers to drive trucks with fuel or even food to shops and gas stations, as well as massive increases in gas and electricity prices. Also, y’know, I don’t know how to say this but: we messed up and abandoned our largest trade agreement without putting anything else in place—and oh boy does that keep coming back to bite us.

If escalating child poverty and the richest man ever to sit in parliament taking £20 a week ($27.42) off the poorest people in the country weren’t bad enough, now people are gluing themselves to busy roads where cars and trucks—lots of them—typically drive. Yes, you read that right. 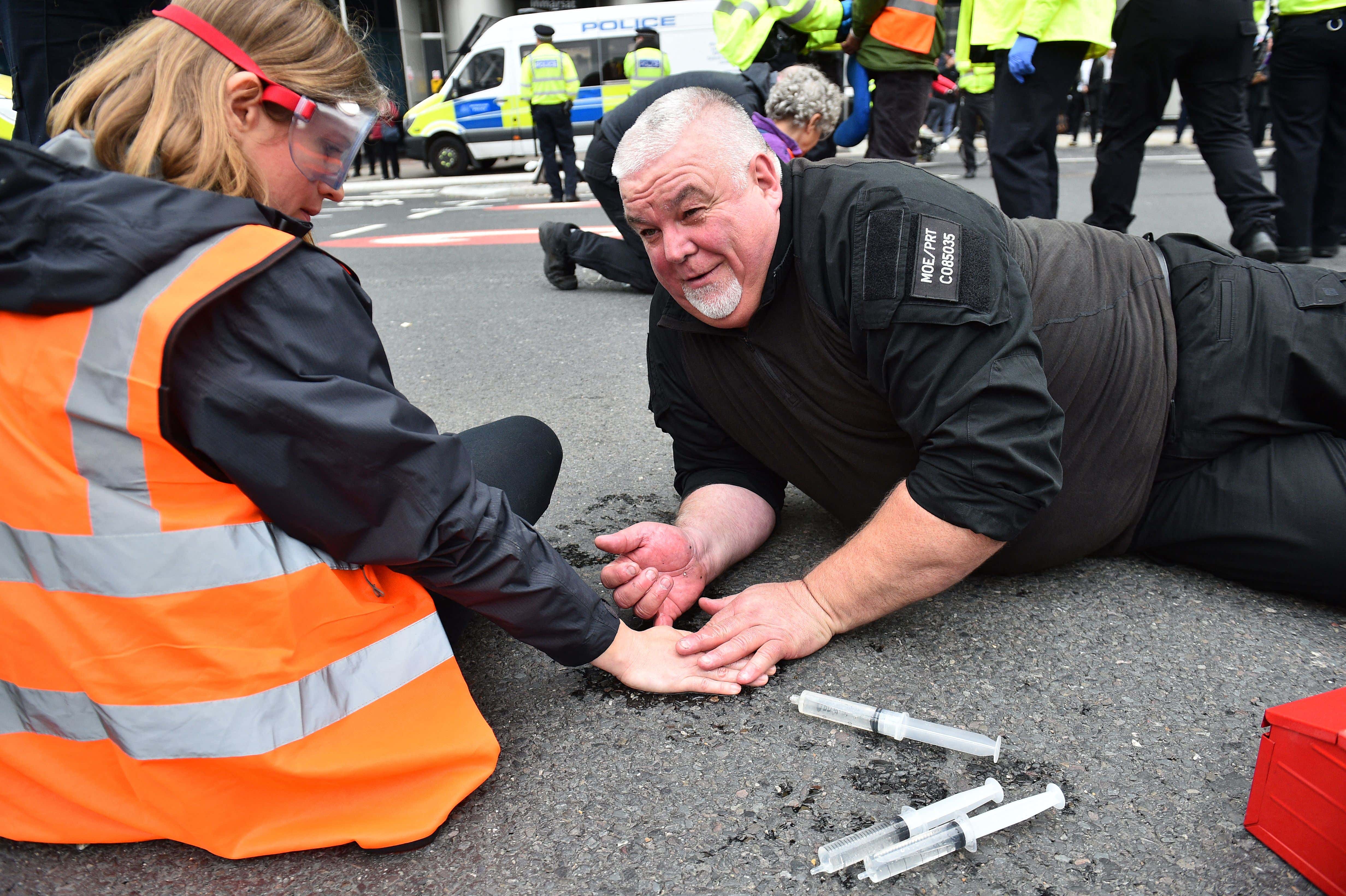 In case you’re wondering why, it’s all about insulation. A group called “Insulate Britain” is using tactics similar to climate change activist group “Extinction Rebellion,” for its very much more specific cause.

Extinction Rebellion started with stunts like invading parliament and gluing their bums to the viewing window which, to be fair to them, is actually funny and directly gets the attention of the people who could do something about environmental policy. XR has done some unpopular stuff before but it does grab headlines and raise extremely needed attention to an urgent problem.

Insulate Britain, however, is a splinter group from the main Extinction Rebellion cause and is about one thing and one thing only: insulating British homes. Its argument is that U.K. homes need more gas to heat and are much less efficient than our European continental counterparts—houses here tend to be older and often aren’t very well looked after—which has led to nearly 15 percent of the U.K.’s total emissions being caused by heating, according to Insulate Britain. This, obviously, is bad, especially as our winters are set to get harsher and people are already struggling with heating costs.

So now you know why people are gluing themselves to roads. Equipped with their demands, Insulate Britain keeps sticking itself to the M25 (a road that loops around London).

So you might say, Hazel, I don’t know that blocking routes to London during the week all government ministers are 200 miles away in Manchester for the Tory party conference puts a great deal of pressure on parliament to listen to its demands? You’d be right. 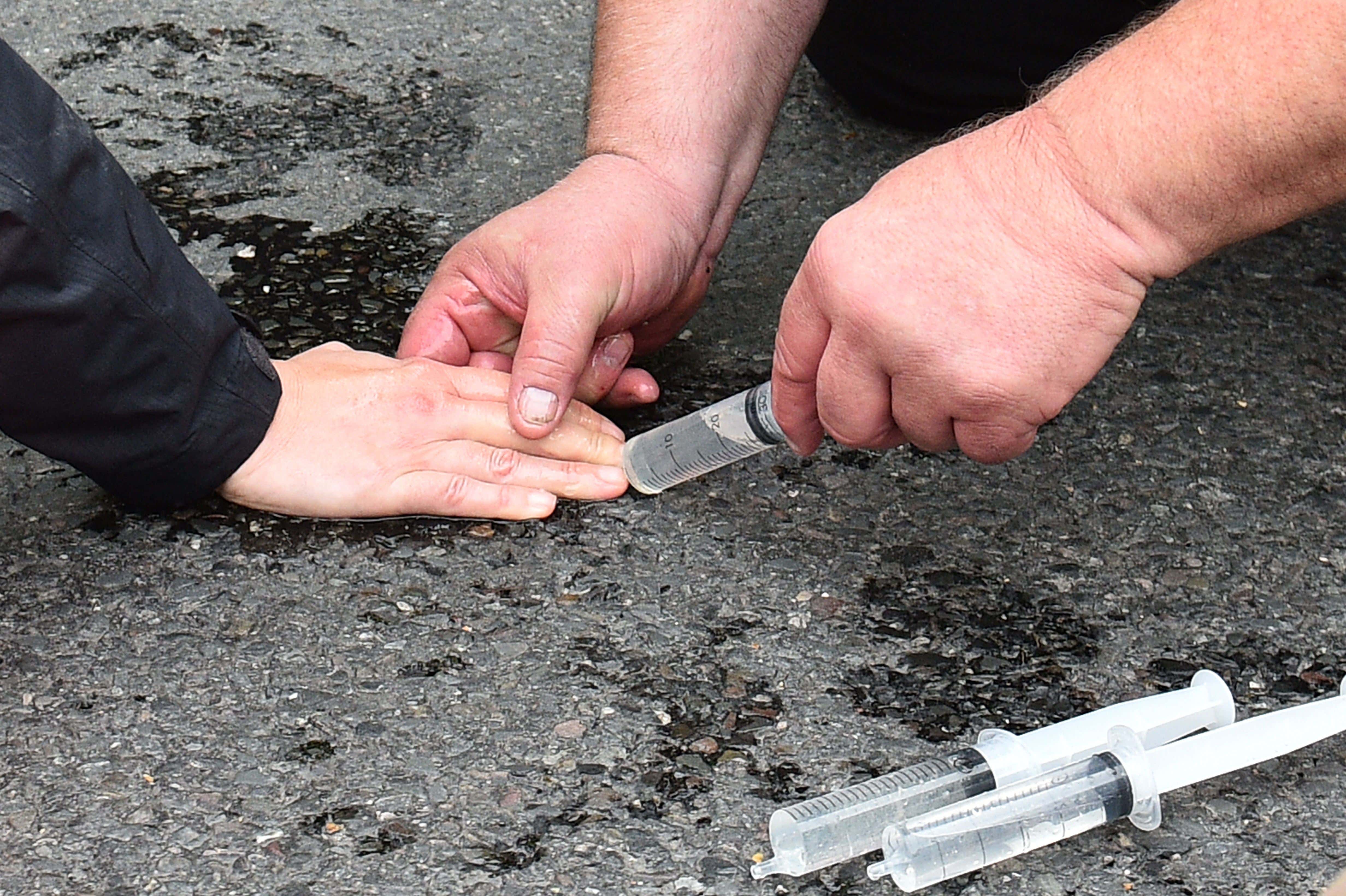 Also, this has, understandably, made a lot of people very angry. Hijinks like refusing to move for a woman who was driving to see her mother in the hospital are not exactly sympathy-generating. And gluing yourselves to roads has some fairly major knock-on effects (who would’ve thought?), like those roads needing to be resurfaced because they are now full of human hand-shaped holes.

The good news is that Insulate Britain has promised it’ll lay off the superglue until Oct. 25 out of respect for climate change conference COP26 happening up in Glasgow. Which starts on Oct. 31.

“We would like to take this opportunity to profoundly acknowledge the disruption caused over the past five weeks,” the group said in a letter to Prime Minister Boris Johnson. It also claimed that it “cannot imagine undertaking such acts in normal circumstances. But the dire reality of our situation has to be faced.” 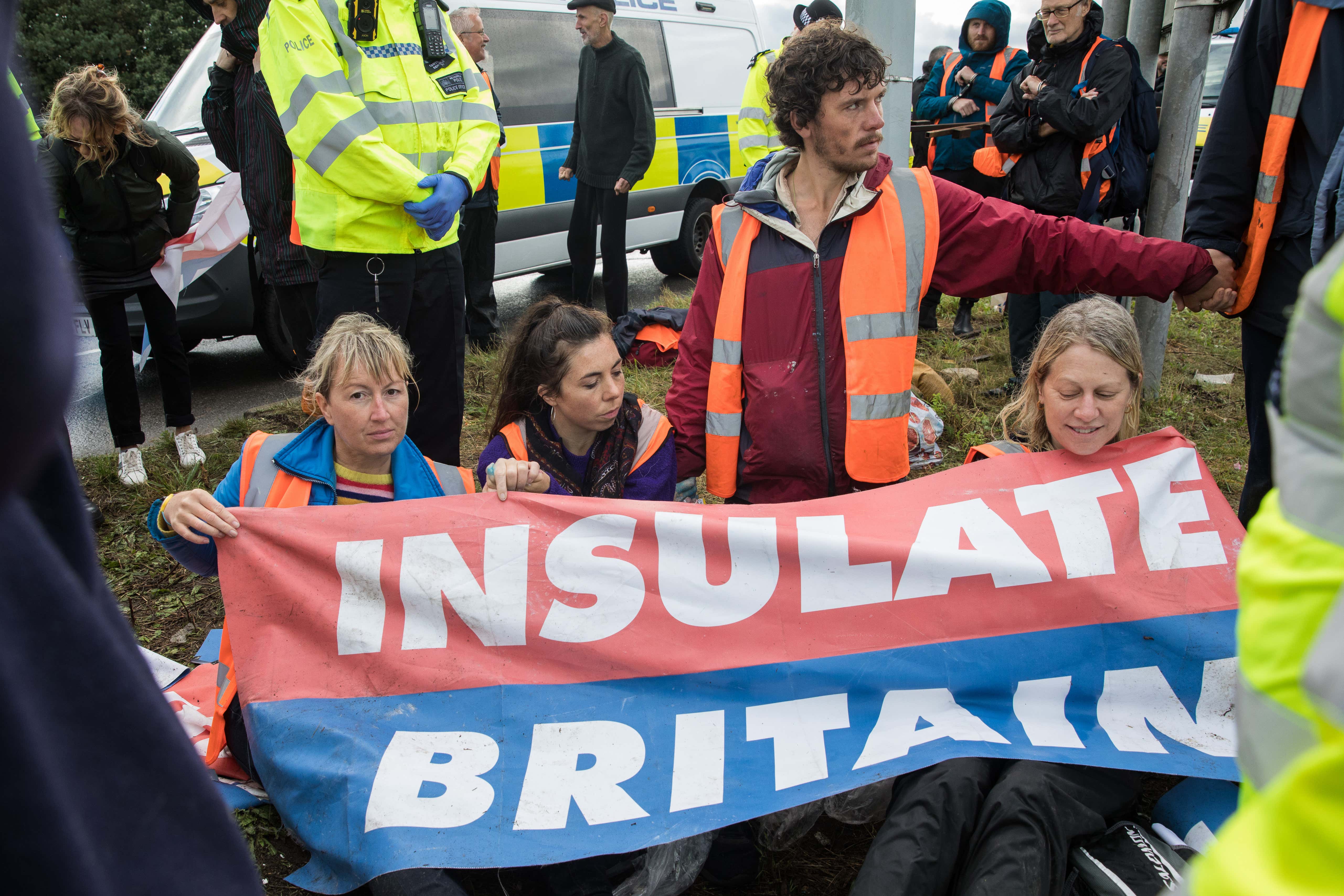 I’m not a climate change denier (the total opposite) and I think the cause to make the U.K. (and everywhere) more sustainable is not just urgent but catastrophically overdue. On the other hand, like everyone else here, I am about to have a breakdown over all the things that are happening in the U.K., and now I’ve got to worry about someone gluing themselves to a road I need to use.

Mail me about this stuff on [email protected]