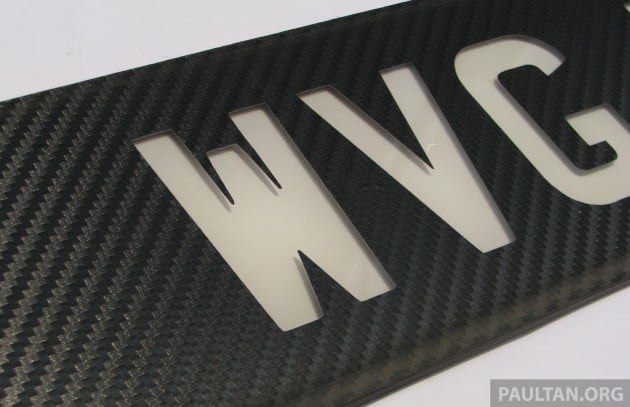 Bukit Aman traffic investigation and enforcement department (JSPT) has announced that police issued a total of 74,437 summonses during its month-long Op Khas (Nombor Pendaftaran) exercise that ran in November. Of these, 24,909 were for number plate offences.

According to JSPT director Datuk Mat Kasim Karim, the special operation, aimed at curbing the use of illegal vehicle registration plates, saw 7,874 summonses issued to motorists for having fancy plates, while 14,923 summonses were given for licence plates not conforming to specifications. Another 2,112 summonses were issued to individuals for vehicles not having or displaying a licence plate.

In a statement, he said that out of the 24,909 summonses issued for number plate offences, motorcycles accounted for 49.45% (12,318 summonses), while cars made up 42.35% of the total (10,549 summonses), with the rest involving 4WD vehicles, lorries and other vehicles. The remaining 49,528 summonses were for other traffic offences.

He reminded all vehicle owners to comply with rules outlined in specifications set under the Road Transport Act (APJ) 1987 when installing vehicle registration numbers on their vehicles. It is an offence to put number plates that do not conform to specifications on vehicles – these include illegal stylised fonts and surfaces (such as carbon print) and fancy plates, with merged or modified letters/numbers to read a phrase, name or other meaning.

During the operation, 11 individuals were also detained under the APJ 1987, three people under the penal code, 20 under the Dangerous Drugs Act and one for an unspecified offence. The police also seized 111 vehicles under Section 64 (1) of the APJ 1987.