De Tomaso has always been an international company, with an Argentinian founder, an Italian design firm and an American engine in almost all of its models. Now the firm reviving the De Tomaso Automobili company with the upcoming retro-styled, Roush V8-powered P72 supercar doesn’t just want to rehab De Tomaso’s name into the list of automotive greats. They want to spark a “renaissance” in the American auto industry starting by moving the company to the United States.

The company calls it “Mission AAR,” which stands for “American Automotive Renaissance,” and it’s their long-term plan to restore the American auto industry’s reputation abroad to that of its “glory days,” which De Tomaso Chairman Norman Choi defines as the 1920s through the 1960s.

“Mission AAR pertains to both De Tomaso’s love for and discontent with the American automotive industry,” De Tomaso’s announcement reads. “Declaring that it can wait no longer for the American automobile industry to recapture its ‘glory days,’ and seeking to inspire all generations, De Tomaso is moving its core operations – including production, design and corporate facilities – from Europe to the U.S.,” the announcement continues.

Clearly, the company isn’t all that happy with the current state of the American auto industry. De Tomaso is still very much an international affair, with Chinese, Italian, German, and yes, American minds on board, and the company wants to improve the image of that American part abroad.

“Why is it that the majority of luxury, designer goods that Americans and the world strive to own, come from Europe? Why not America?” explained De Tomaso CEO and CMO Ryan Berris, who is from the U.S. “People often talk about the offshoring of American jobs, but no one talks about the offshoring of American dreams and desires, which has led to many Americans aspiring to one day own a European vehicle.” 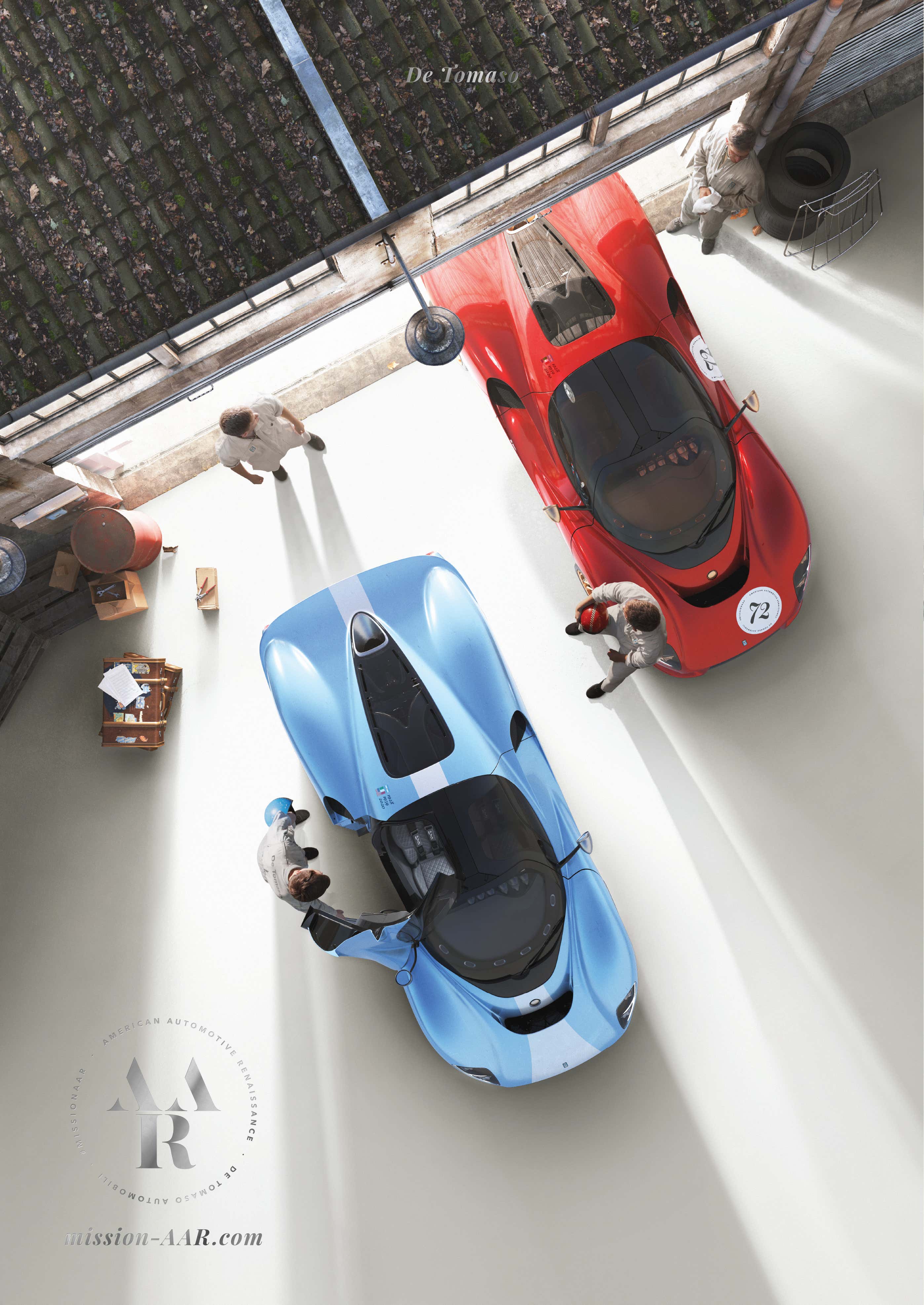 In moving here, De Tomaso says that they also want to up America’s skills. Many of the same people behind De Tomaso’s revival were also behind the The P72 sports car will be hand-built here “in keeping with De Tomaso’s bold heritage and its legacy of working with American legends,” the company states.

“De Tomaso intends to foster the development of the next generation of American automotive greats,” the announcement continues. “Through Mission AAR, De Tomaso will create job opportunities in the U.S. and reduce the skills gap in American automotive design and craftsmanship.”

De Tomaso worked with some of the American auto industry’s biggest names in the past, including Caroll Shelby, Peter Brock, Lee Iacocca and Tom Tjaarda. Most of their cars also used Ford engines.

Today, the company called out Elon Musk and Tesla as being the “pioneers” whose accomplishments they respect. The crew at De Tomaso hopes to collaborate with other manufacturers and suppliers in America once they’re here as well, not unlike they’ve done with Ford in the past. One interesting nugget is that De Tomaso doesn’t see themselves as competitors with any existing American brands, and believes that their skills will complement what other companies in the U.S. are doing.

The company says it is already in talks with multiple states regarding a possible location, and plans to make an announcement regarding its new American base in the next six months. They expect to start production of the P72 here in the fourth quarter of 2022. 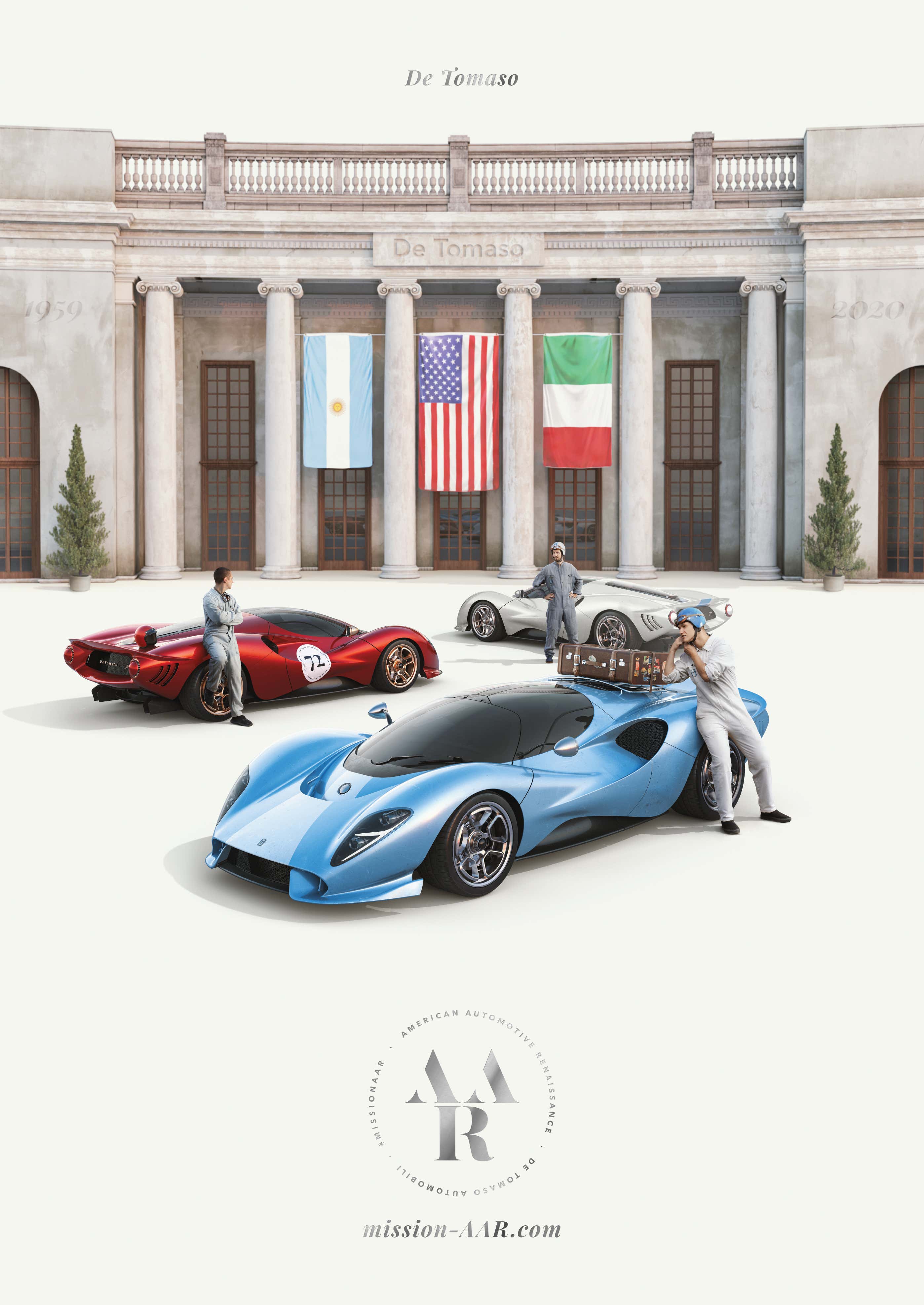