Rivian has been hard at work as of late, preparing for the imminent release of its debut vehicle, the R1T pickup truck. After frustrating delays, the company is set to finally begin deliveries this month. Ahead of that auspicious milestone, the EPA range figures for the company’s R1T pickup and R1S SUV have now dropped, as reported by Roadshow.

As per the EPA website, the Rivian R1T pickup clocks in with a total range of 314 miles. The Rivian R1S SUV went just a touch further to score 316 miles in the EPA standard test. Both models tested share the same 135 kWh battery that Rivian calls the “Large pack”. Economy wise, the R1T logs 48 kWh/100 miles, with the R1S using slightly more juice at 49 kWh/100 miles. This works out to 70 MPGe and 69 MPGe respectively. 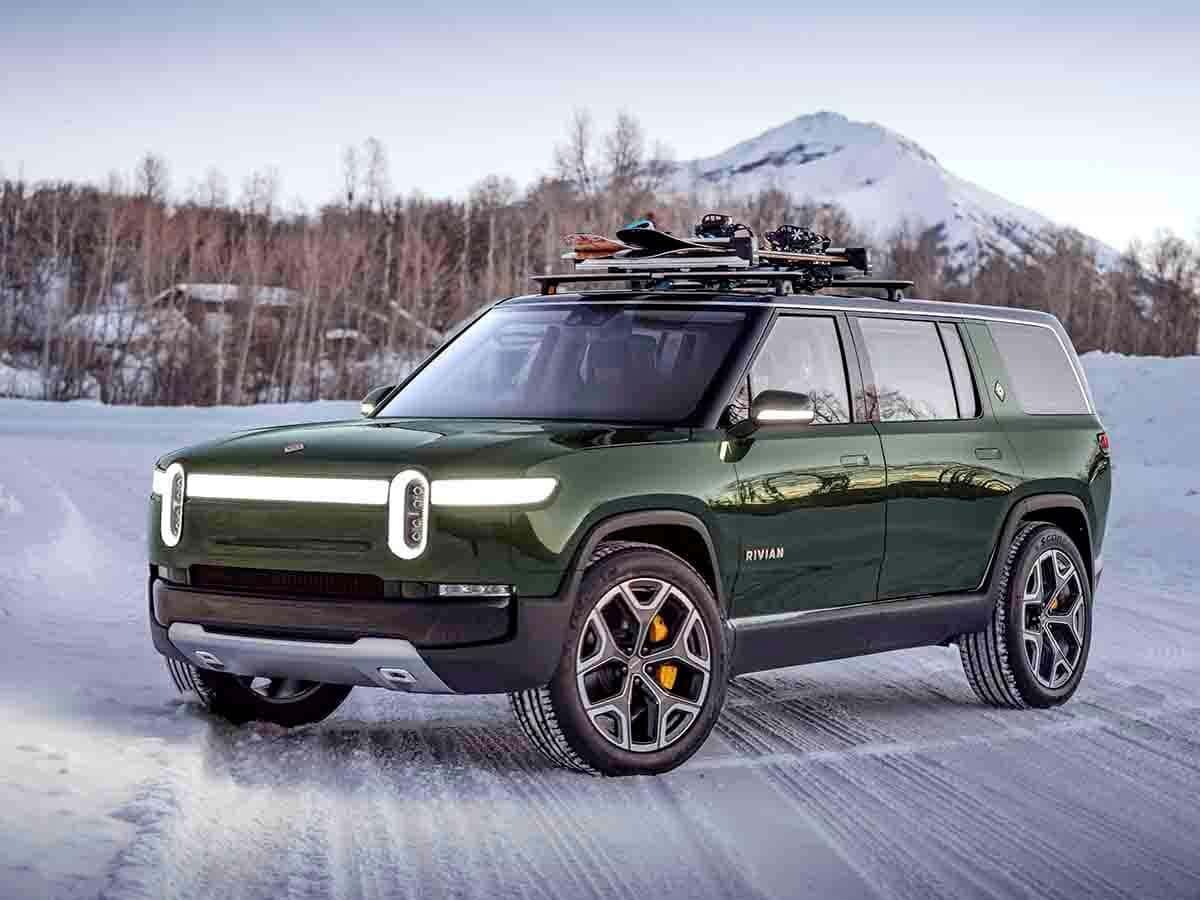 At present, it’s difficult to compare the results directly with the competition as there aren’t a whole lot of offroad-focused electric vehicles out on the market just yet. Looking at the SUV space, the Jaguar I-Pace has just 234 miles of range with a smaller 90 kWh battery. The Tesla Model X Long Range Plus, however, goes significantly further with an EPA rating of 371 miles of range from a 100 kWh battery. It bears noting that vehicles boast better energy efficiency by virtue of being sleek road vehicles with more efficient tires and no real offroad capability. 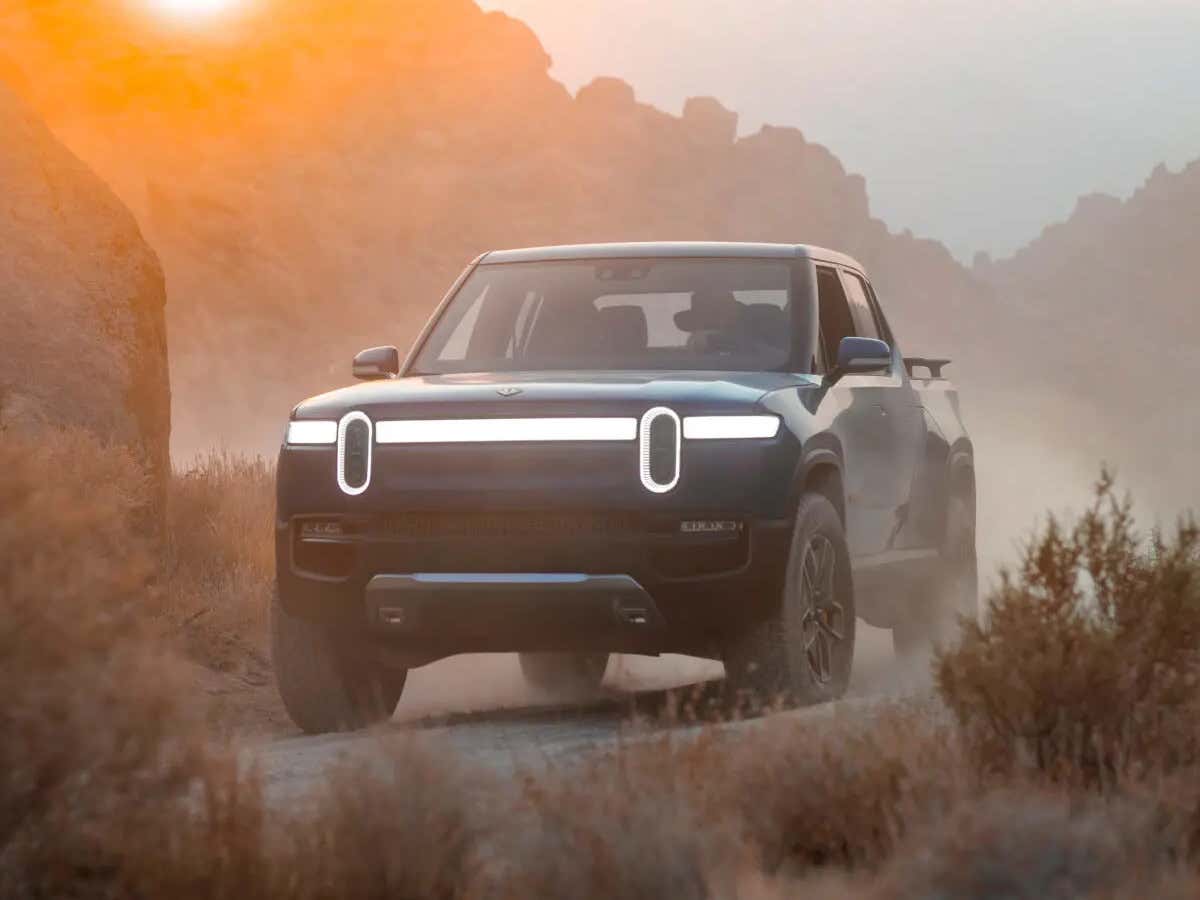 Looking to more direct challengers, Ford is targeting a similar figure of 300 miles of range for the F-150 Lightning with the extended range battery, while also offering a smaller 230 mile pack as well. Ford also hopes to boost range down the track with software updates. Meanwhile, Tesla has long claimed that the Cybertruck will boast a ranges of 250-500 miles depending on trim level, but production of any Cybertruck models is still off somewhere in the future.

It bears noting, however, that Rivian is working on a larger battery for the R1T, with the “Max pack” set to deliver a range of 400 miles or better. The larger battery configuration is reportedly available for vehicles delivered from January 2022 onwards. In combination with the existing battery option offering over 300 miles of range, it should put Rivian right in the mix when it comes to the upcoming battle for supremacy in the burgeoning electric pickup marketplace.

Interestingly, despite clocking a longer range from the same spec battery, the R1S actually clocked a worse energy economy figure than the R1T pickup truck. To understand why this is, we need to understand the testing regime. The EPA executes range testing by fully charging a vehicle, and then leaving it overnight. It’s then strapped to a dyno, where the vehicle is put through a repeated series of cycles mimicking highway and urban driving, until the battery is depleted. The use of a dyno means aerodynamics doesn’t play a part, as the vehicle is functionally stationary for the test.

The dyno record reveals how many miles the vehicle racked up before the battery ran out. The vehicle is then placed on a charger with an electricity meter, which records how much electricity it takes to fill the vehicle back up. From there, the total range driven divided by the amount of electricity required to refill the battery can be used to calculate how much electricity a vehicle uses to travel a certain distance. This is measured in terms of kilowatt hours per 100 miles, similar to the classic European method of measuring fuel economy in liters per 100 km.

Thus, it seems a little natural variation is at play in the testing of the R1T and R1S. In EPA testing, the R1S clearly made it another couple of miles on the dyno before the battery ran flat, but upon recharging, its battery also sucked up a little more juice. In any case, it’s a minor difference, but by knowing how the testing process works, we can see behind the curtain and understand what’s going on.

In any case, it appears that Rivian will shortly be shipping electric pickups and SUVs with solid range figures and real offroad capability. Other automakers may find themselves playing catch up if Rivian really does get trucks on the road this month as planned.

G-Class Pickup Truck For Sale Is A Little Weird, A Lot Of Awesome
Car Reviews