The 80th Annual Sturgis Motorcycle Rally in Sturgis, S.D., went on as planned this year, attracting 462,182 attendees despite the ongoing coronavirus pandemic. As a result, researchers have labeled the event a “superspreader,” estimating that led to over 260,000 new cases of COVID-19 and over $12.2 billion in healthcare costs, reports Yahoo.

Sturgis, which ran from August 7 to 16, was one of the largest public gatherings in the United States since the start of the epidemic. It’s a major event for both cyclists and companies that support them alike, featuring everything from build contests to concerts and product demos, but this year’s was significantly riskier to attend for obvious reasons.

Much of the event and its attendees didn’t adhere to epidemiologists’ guidance regarding social distancing, face coverings, indoor gatherings and travel. Some there even flaunted such warnings, such as Smash Mouth front man Steve Harwell, who told the crowd at Sturgis, “Now we’re all here together tonight. And we’re being human once again. Fuck that COVID shit.”

Harwell definitely spoke too soon, and unfortunately, we’re now seeing the deadly news everyone saw coming. In a new paper published by the University of Bonn-affiliated Institute for Labor Economics (or IZA for short), “The Contagion Externality of a Superspreading Event: The Sturgis Motorcycle Rally and COVID-19,” researchers estimate that some 19 percent of 1.4 million COVID-19 cases between August 2 and September 2—266,796 in total—can be traced back to the Sturgis Motorcycle rally.

The findings were published as a discussion paper on IZA’s web site, where research from members of the IZA community is disseminated before publication in an academic journal.

Even though 60% of the locals polled prior to the event wanted it to be postponed, researchers who studied anonymized cell phone data saw that they went anyway.

“We found no evidence that local residents in Sturgis increased stay-at-home behavior during the event,” report co-author Joseph J. Sabia told Yahoo. Sabia is a professor of economics and the director of the Center for Health Economics & Policy Studies at San Diego State University, and was one of the four researchers behind the IZA research. “Rather we found that many decreased stay-at-home behavior, likely to attend the rally,” Sabia continued. 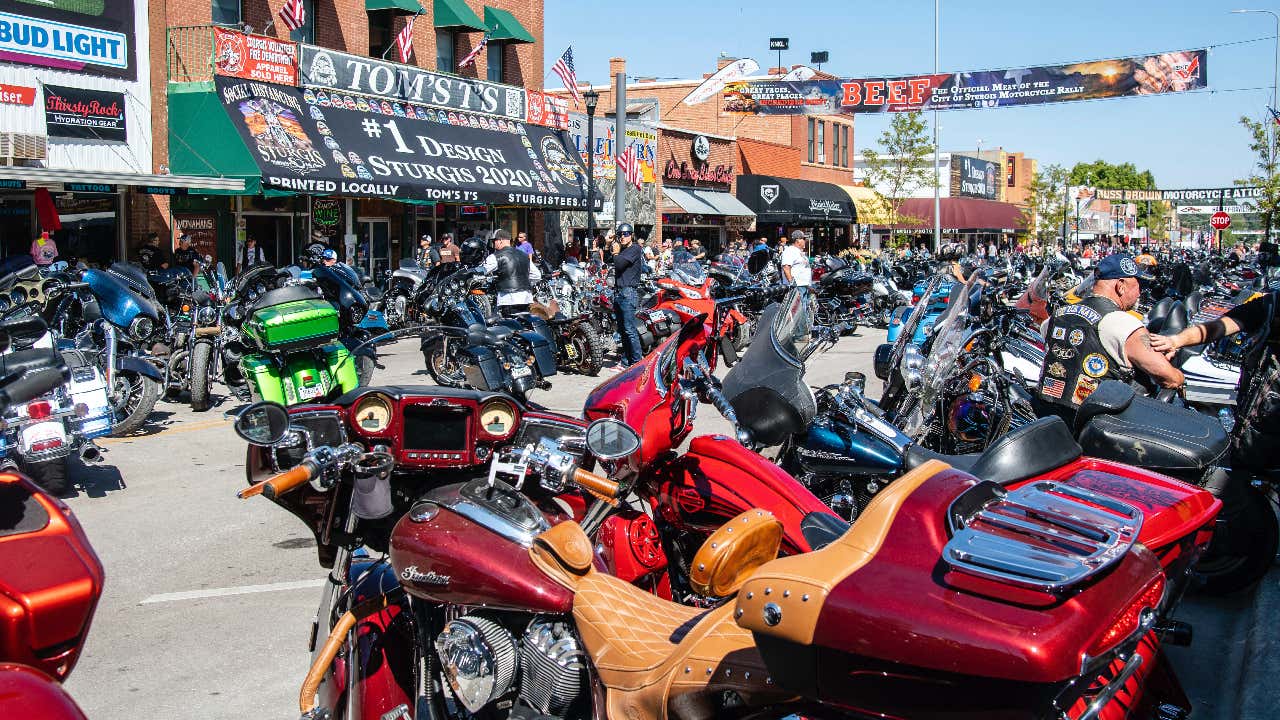 Superspreader events don’t exist in a vacuum, though, and the study’s authors note that local measures that limited public gatherings, mandated masks and prohibited certain activities such as indoor dining helped reduce the size of the post-Sturgis spread once attendees went home.

There were two factors that prevented Sturgis from being even worse, too: the fact that most of it was outdoors and South Dakota’s low population density. Despite those mitigating factors, South Dakota saw a 35% rise in the number of COVID-19 cases after the rally, Yahoo notes.

South Dakota Governor Kristi Noem, who has been skeptical of COVID-19 mitigation measures such as business closures and and mask wearing in the past, pushed back against the IZA paper’s conclusions.

“This report isn’t science; it’s fiction. Under the guise of academic research, this report is nothing short of an attack on those who exercised their personal freedom to attend Sturgis,” Noem told Keloland.com.

Both Noem and South Dakota state epidemiologist Dr. Joshua Clayton also pointed out that the IZA paper’s findings have yet to be peer reviewed. Clayton told Keloland.com that schools reopening last month could have also factored into the data.

“At this point, the results do not align with the impacts of the rally among attendees in the state of South Dakota,” Clayton explained, telling Keloland.com that 124 South Dakota residents came down with COVID-19 after the rally.

South Dakota Secretary of Health Kim Malsam-Rysdon also told Keloland.com that people “shouldn’t put too much stock into models,” expressing her doubts about the use of anonymized cell phone data as a basis for projections.

Noem encouraged people to come to Sturgis this year, touting the economic benefits the rally has for the state. Over 90% of the rally’s attendees came from outside South Dakota, according to Yahoo. A Minnesota man became the first Sturgis attendee to die of COVID-19 last week. 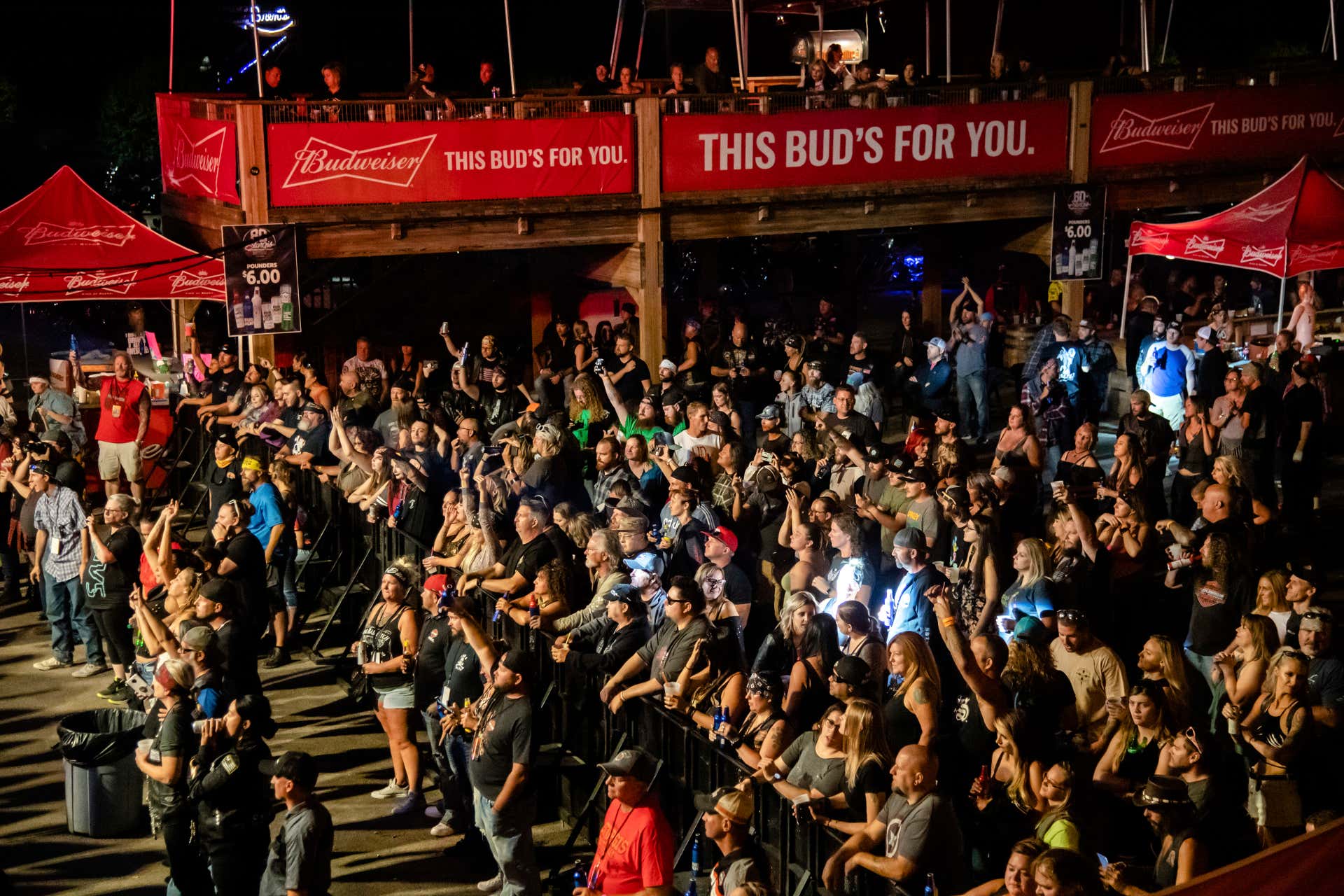