You might be idly scrolling through Craigslist one day and surf by a set of golf clubs, an exercise bike, a kitchen table, and maybe even a street-legal, jet-powered Volkswagen Beetle for a half-million dollars. Wait—what’s that doing there? Really, it makes no difference, because it spins up to 26,000 rpm and is rated at 1,350 horsepower.

Ron Patrick, who has a Ph.D. in mechanical engineering from Stanford, created this inventive vehicle a decade ago just for the fun of it. He takes it out on display every now and then to fire up the General Electric Model T58-8F with a custom tailpipe. The VW has a plain-Jane production gas engine in the front as usual and the jet engine on the back that spits fire. Patrick even set it up so you can start the jet while driving. 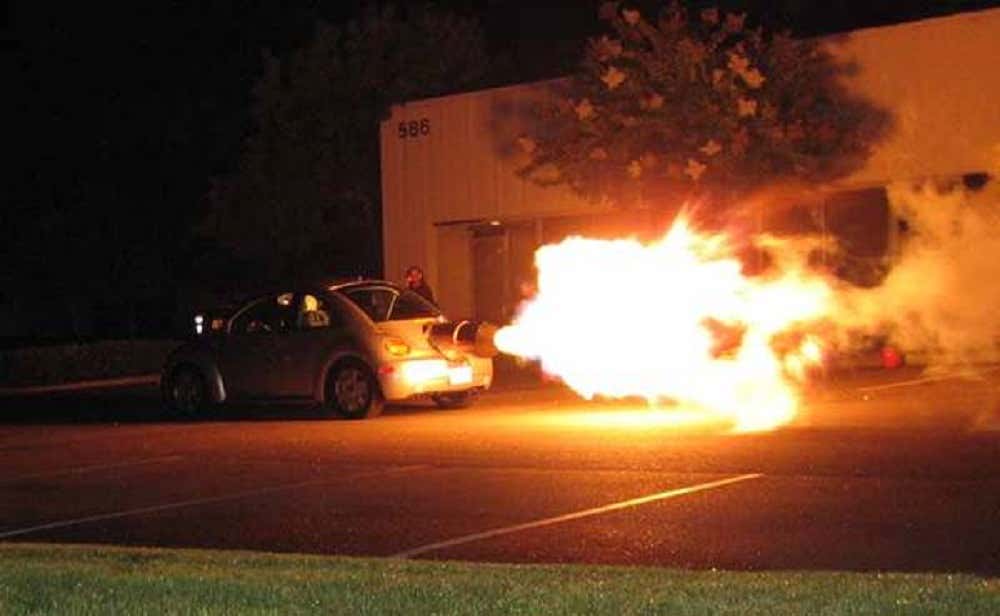 But after years of flame-throwing bliss, he’s decided to part ways with his creation. And he hasn’t even pushed it to the limit, which is smart on his part.

“I have no idea how fast the car will go, and probably never will,” Patrick wrote in the ad. “I built the car in order to thrill me, not kill me.”

Patrick designed the car to be as functional as possible, with a self-described obsessive attention to detail. He built it so the production hatch release switch on the driver’s door activates two new latches—one on each side—and the hatch pops open like the Beetle would right off the production line. The “hatch not closed” warning light even works. 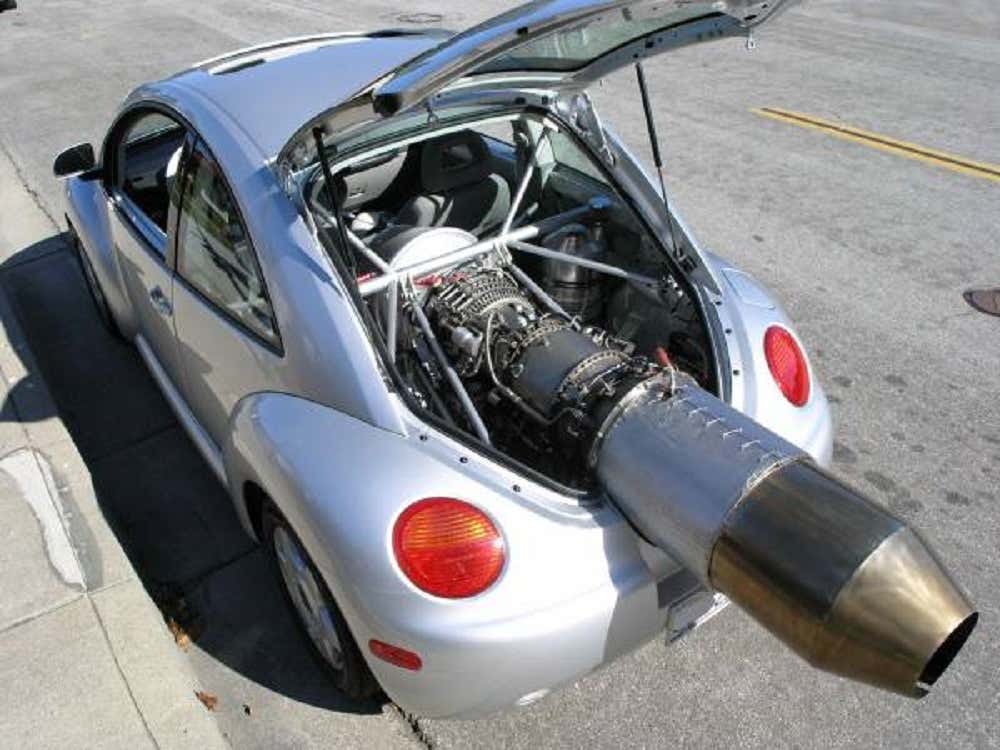 When he bought the car, the first thing he did was cut the hole in the back for the jet engine. Patrick says he made a jig out of a tripod, a rod, and a lawnmower wheel to mark out the cut and chopped it out with a pneumatic saw, finishing it with jeweler’s files. The man doesn’t do anything halfway, either—he says just finding the centerline was no simple task. He goes into great detail on his site if you want to know more about the custom 14-gallon, baffled, foam-filled Kevlar fuel cell in the spare tire well, each solenoid and pump, or the lever that has three buttons: Cool, Big-Fire, and Afterburner.

“Worrying what my neighbors would say if I ruined the back of a brand-new car made me REAL careful,” he says on his site. “I believe the hole is within two millimeters.”

You know, because sawing out a hole in your new car is the unbelievable part, right? 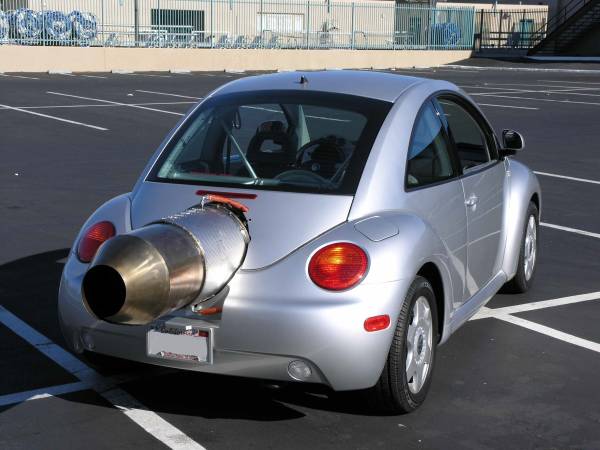 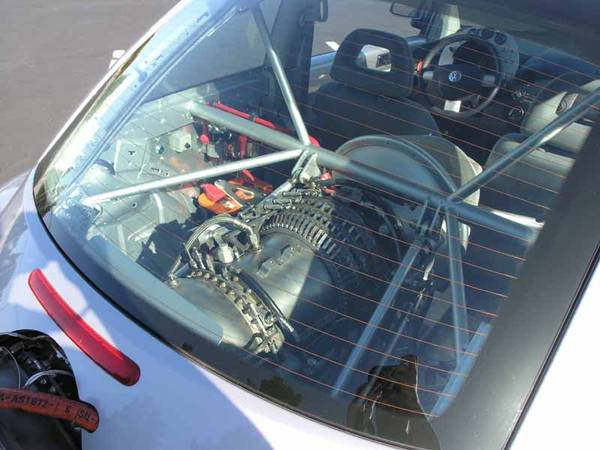 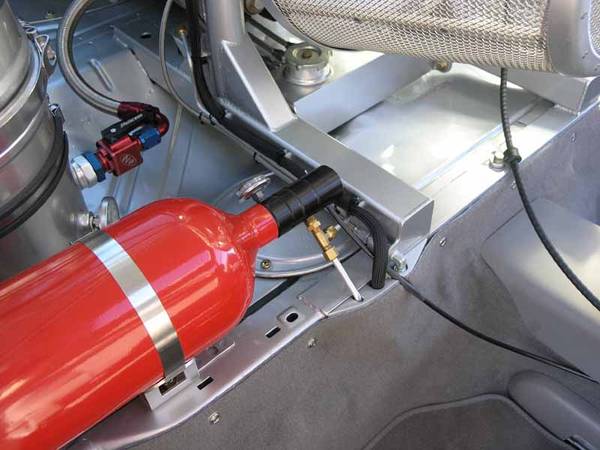 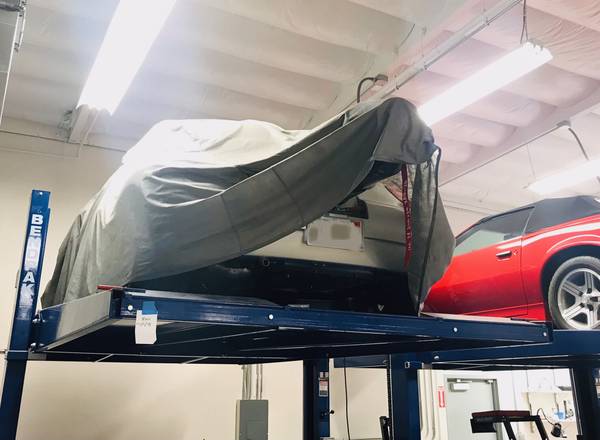 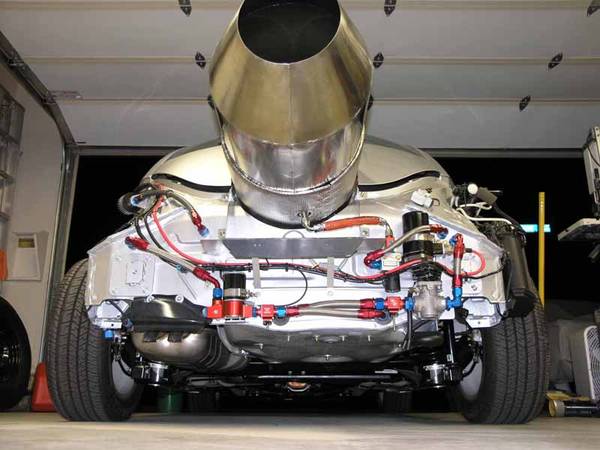