It’s been a good while since Shelby’s Super Snake last prowled the streets. But now, six years on from Ford’s renewal of the Mustang, the Super Snake is back in business, in both fastback and convertible forms. This time, though, something’s different. The Super Snake convertible is now a strictly limited-edition Speedster, and possibly the best-looking S550 sold today.

The Super Snake Speedster becomes such by swapping its rear seats for a tonneau cover and optional harness bar, achieving the looks of European exotics in the form of an American pony car. Style isn’t all it poaches from supercars, either; it claims their performance for itself too with a Whipple-supercharged 5.0-liter Coyote V8, which howls at the space junk blocking the moon through a Borla exhaust. In addition to extra heat—shed through enhanced cooling and a ram-air hood—it generates 825 horsepower, which travels through either a manual or automatic transmission to the rear axle, springing this coiled snake from zero to 60 miles per hour in 3.5 seconds. 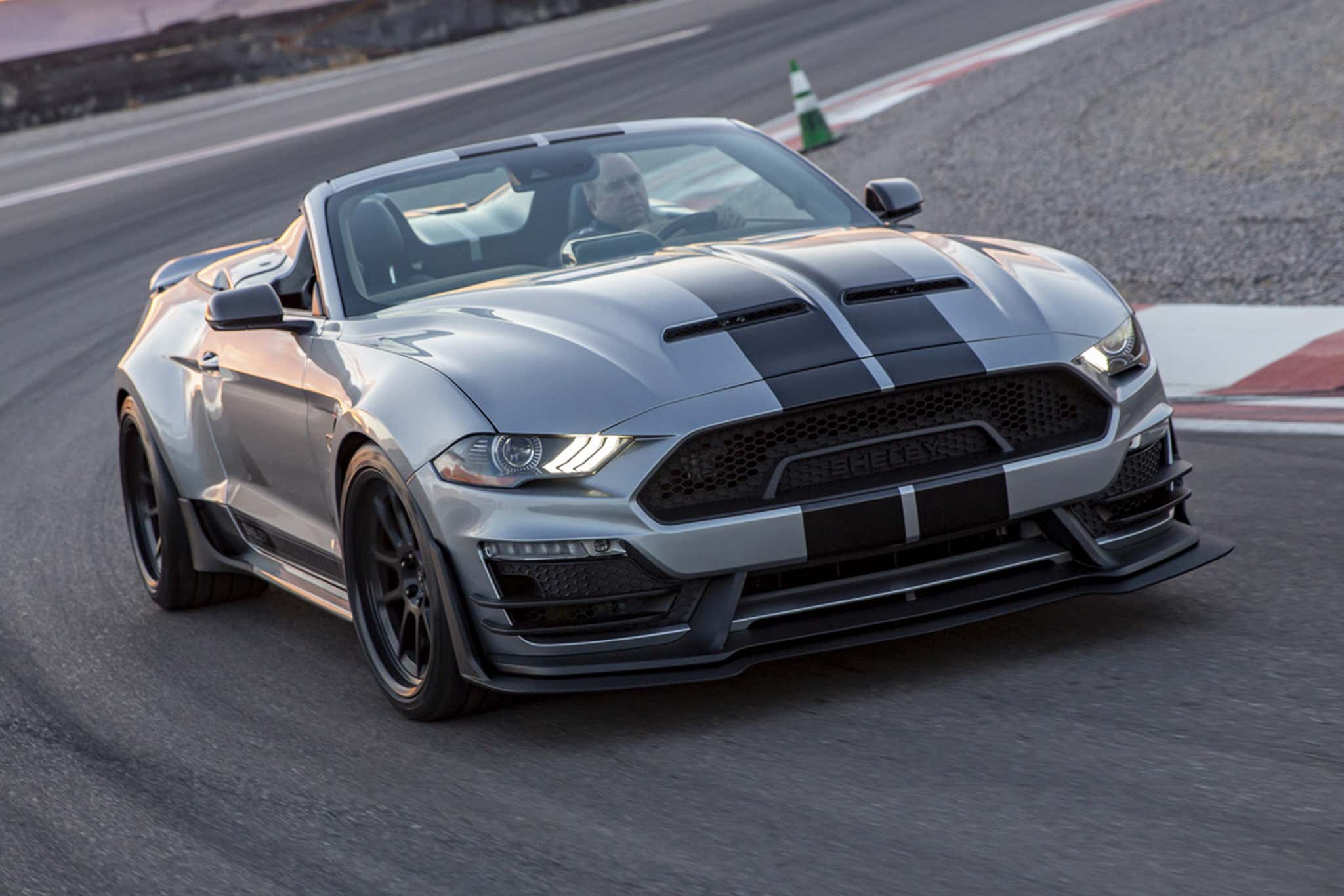 Stepping on its Brembo brakes will shift weight forward on either retuned Ford Performance track suspension or an optional, adjustable Penske setup, both of which keep its Michelin Pilot Sport 4S rubber on the tarmac. The 20-inch forged aluminum alloys they surround are enshrouded in an optional aluminum widebody, which along with functional aero tweaks—splitter, skirts, diffuser, spoiler—differentiate Super Snakes from lesser Mustangs.

Extensive Shelby badging and optional stripes adorn the exterior, while the inside is dotted with Shelby motifs on the floor mats, door sills, and gauges. Like every other Shelby, the dash is crowned in a serial-numbered plaque, one sure to impress precisely zero dates. 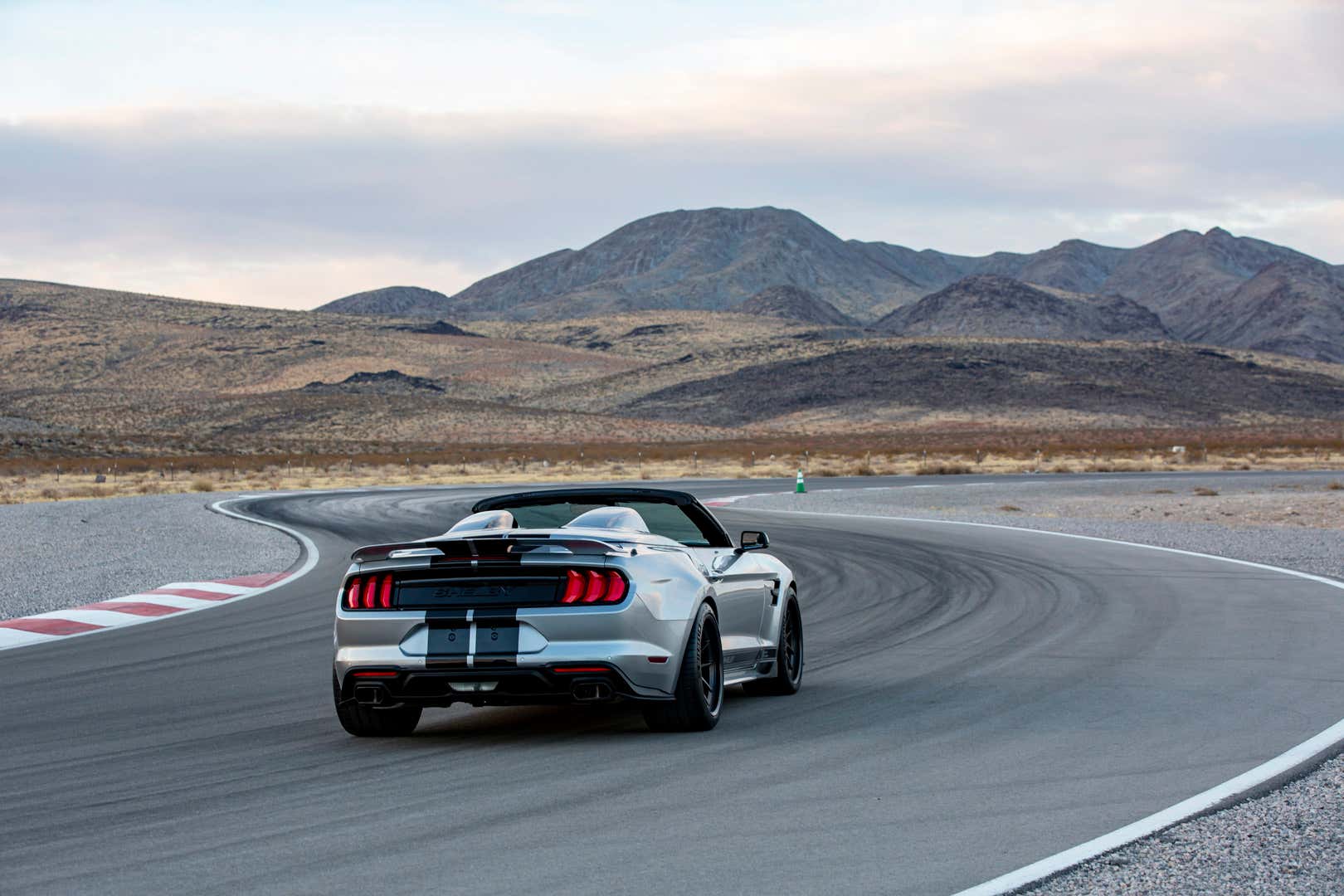 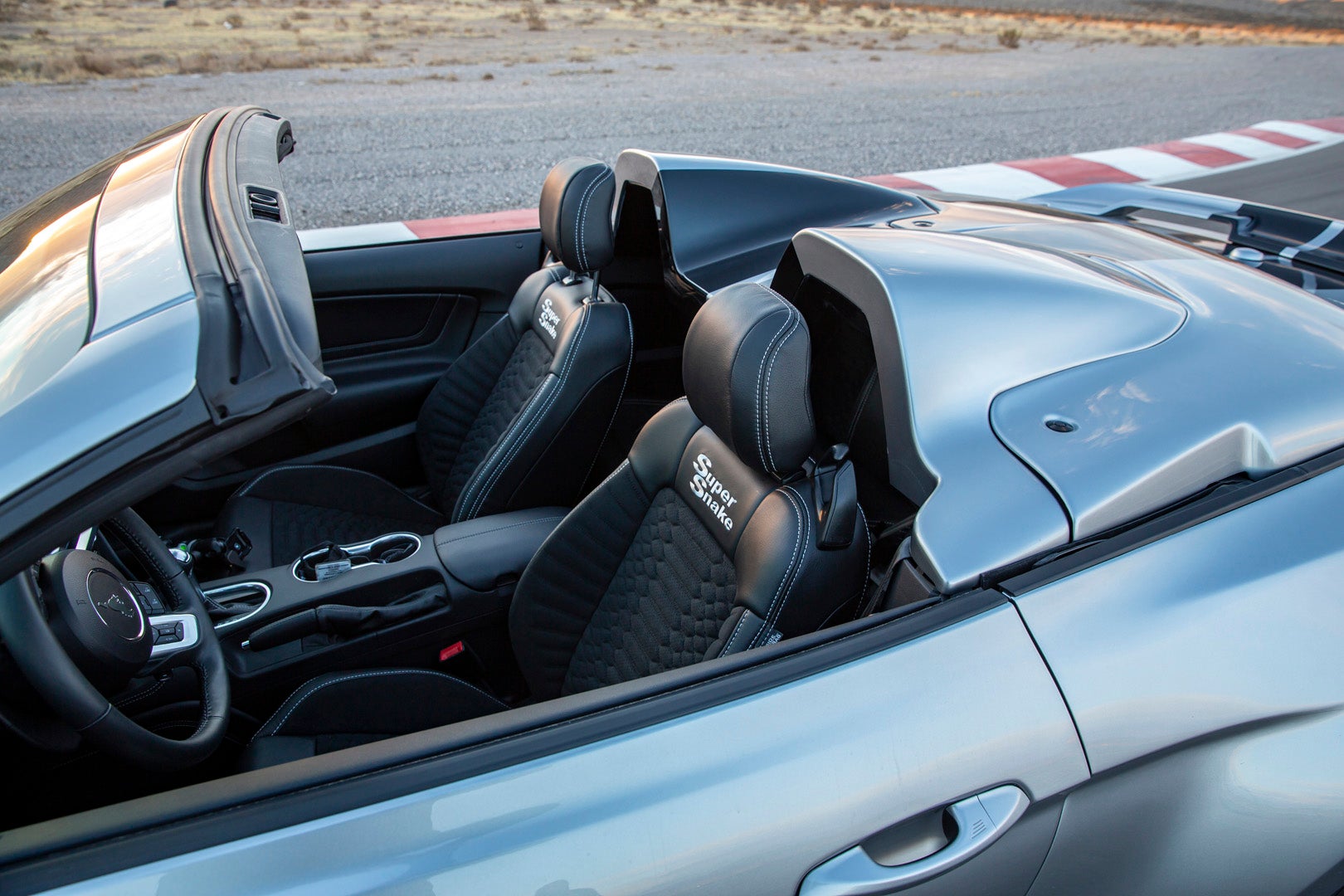 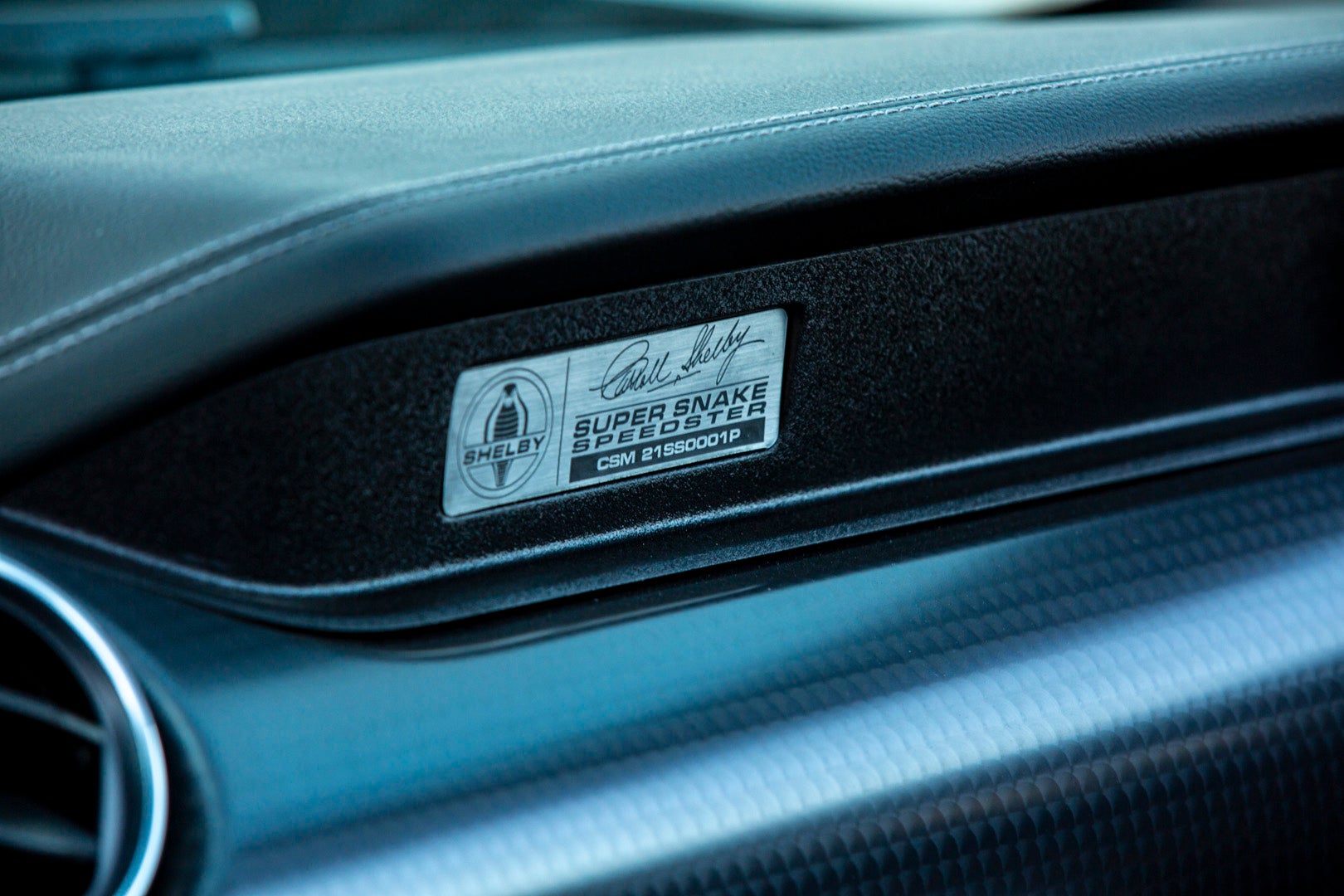 In what would’ve been Carroll’s 98th year of spooning down chili, Shelby is strictly limiting availability of its most desirable Mustangs—the Shelby GT, GT500SE and Super Snakes—to just 98 cars apiece in the United States. That is, with the exception of the Speedster, of which it’ll sell just 25 here. Though it’ll cost an arm and a leg, starting at $85,000 with an appropriate donor car or $138,780 without, it’s not hard to imagine these distinctive Shelbys selling out in a heartbeat.