The Dodge Durango Will Die in 2024: Report

Having been with us a decade already, the Durango is one of several vehicles in Dodge’s lineup that could benefit from more than just a bigger V8. But while a Dodge renaissance is coming, with Challenger and Charger redesigns potentially on the way for 2024  along with that electric muscle car, the Durango does not seem an apparent beneficiary.

Instead, Automotive News reports that production of the current Durango will continue through that year, with no known successor model in the works. Mopar Insiders indicated in 2018 that a new generation of Durango could move to a Ram 1500-based body-on-frame architecture, like the competing Chevy Tahoe, though such a significant change is not the kind to escape the typically well-connected Automotive News. If the Durango has a future, there’s a fair chance that Stellantis simply hasn’t finalized how it’ll execute the next-gen model. 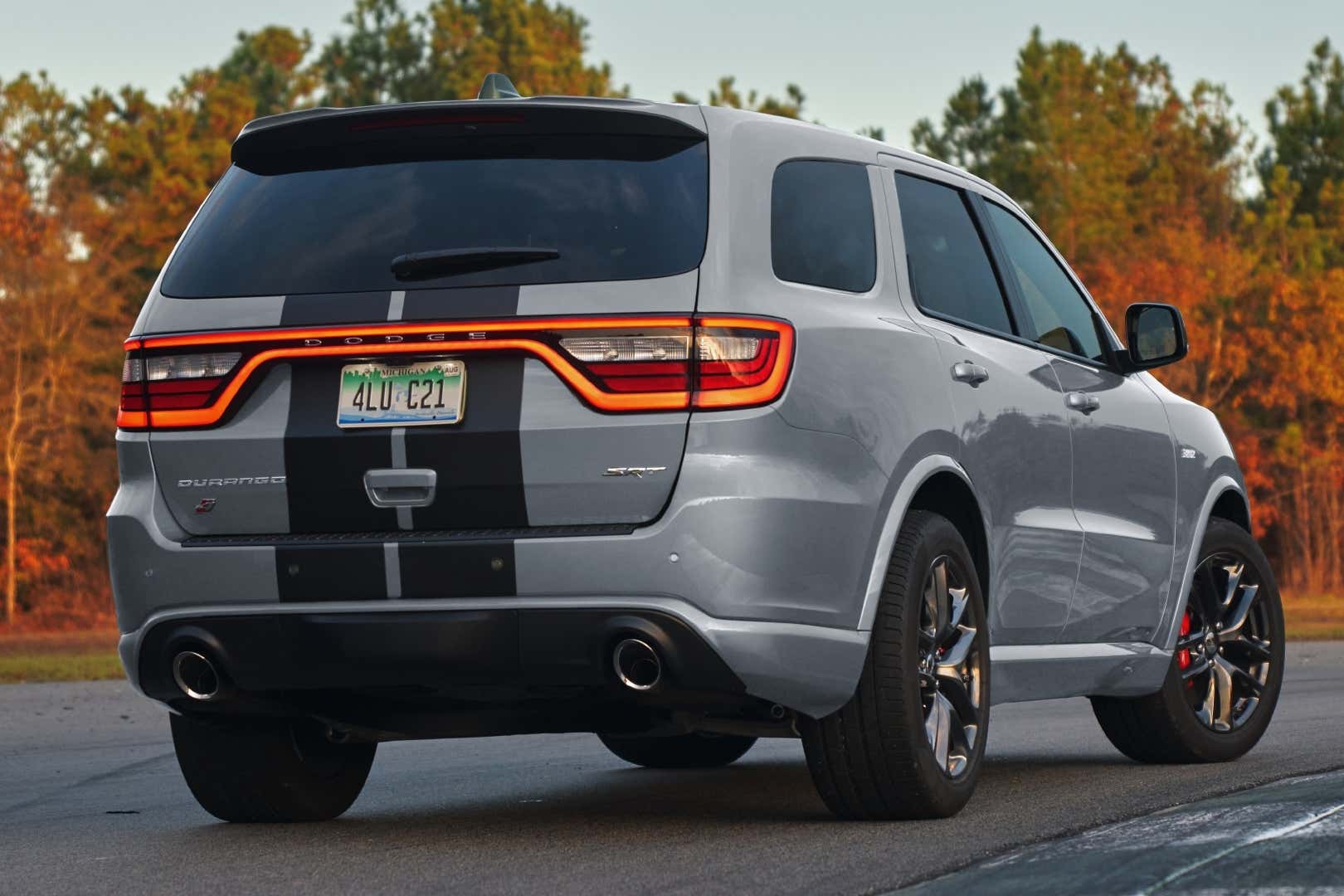 Despite its age, the Durango remains a compelling family SUV and has received regular updates to maintain its status as such. 2021 saw the introduction of the long-awaited Durango SRT Hellcat, which in addition to pushing the three-rower’s top speed to 180 mph brought its tow rating up to 8,700 pounds—only the Ford Expedition out-tows that in its class.

And though the Hellcat didn’t carry forward past 2021, that tow rating does on lesser SRT models, which also benefit from ever-improving standard technology. For 2022, the Durango gets standard blind spot monitoring as well as rear cross-traffic alerts, not to mention other improvements to lower trims. Not all cars grey gracefully, but the Durango is among the lucky few that have.

Know something about the next-gen Dodge Durango? Hit me up here: [email protected]

Top 10 Best Project Cars Submitted By You: From A Hakosuka To An Ex-Cop Car