Ford clearly doesn’t care about treating its Bronco testers nicely. On any given weekend, you can find pre-production models banging their bumpers on rocks and skidding their way through trails in Utah or California. While these so-called “normal” Broncos are taking on tight and technical obstacles, the Blue Oval’s even mightier stallion—likely a Bronco Raptor prototype—is being sent off jumps like the ones we see here.

We spied an amped-up Bronco test mule running around town last week, and this is potentially the same one. However, one of these photos was tweeted by Ford while the rest was shared via its weird in-house enthusiast blog, Bronco Nation. Even though it’s covered in camouflage, they at least aren’t ignoring that such a prototype exists. 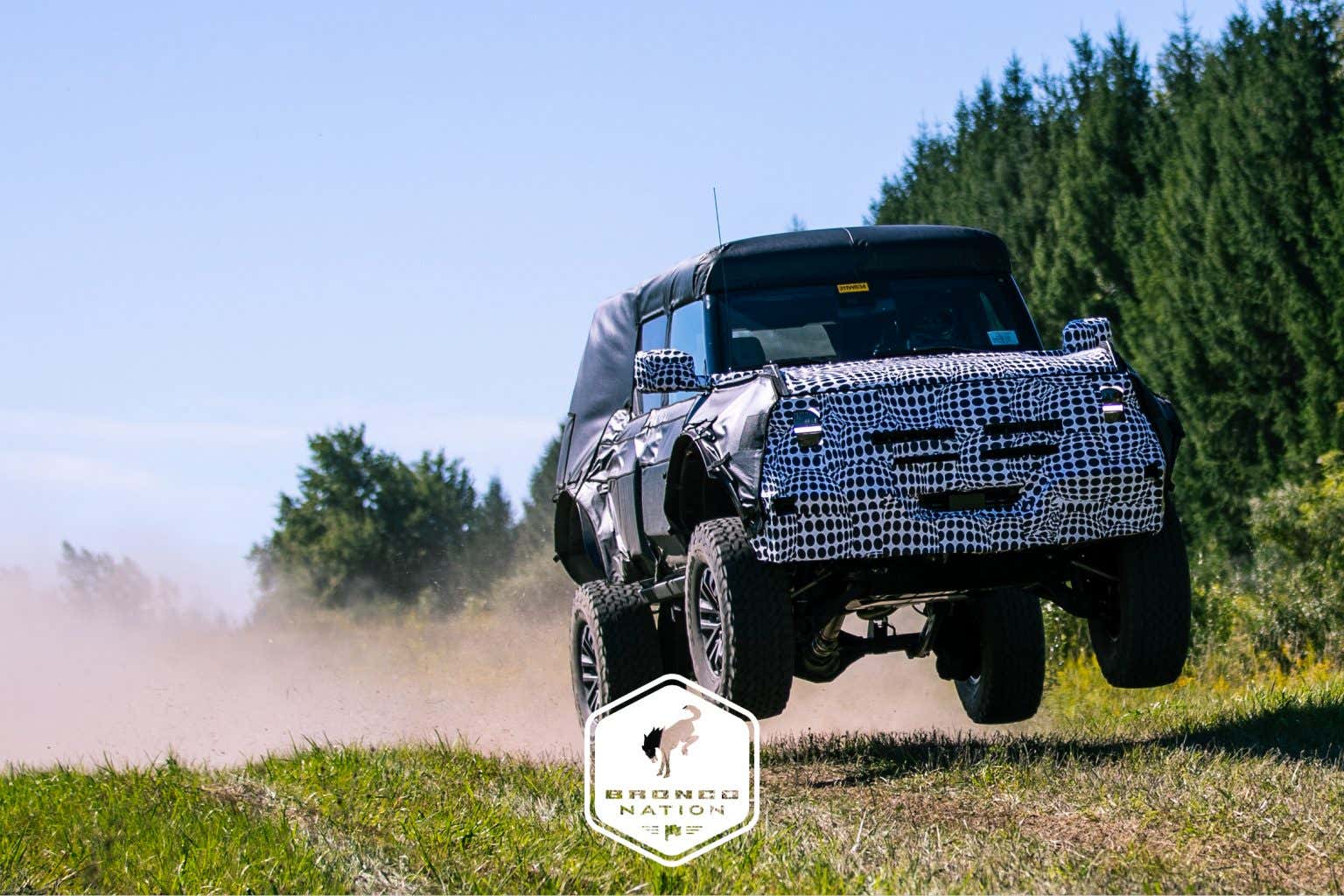 Details are few and far between, but the in-flight Bronco is clearly rocking different suspension than the 2021 models that debuted a few months back. Desert racers would call this form “full droop” as there’s no body weight compressing the shocks, putting it all on display. It’s scenarios like this where that independent front end comes in handy.

It looks to be wearing the same BF Goodrich tires we spotted before, too. No single shot makes the size of said rollers clear, but it’s possible that they’re around the 35-inch mark. You might wonder why Ford would deviate from its Goodyear Wrangler-not-Wrangler 35s currently offered with the Sasquatch Package, but those are mud-terrains. If the high-performance Bronco is meant to scoot across all types of ground, then it needs a set of all-terrain rubber. 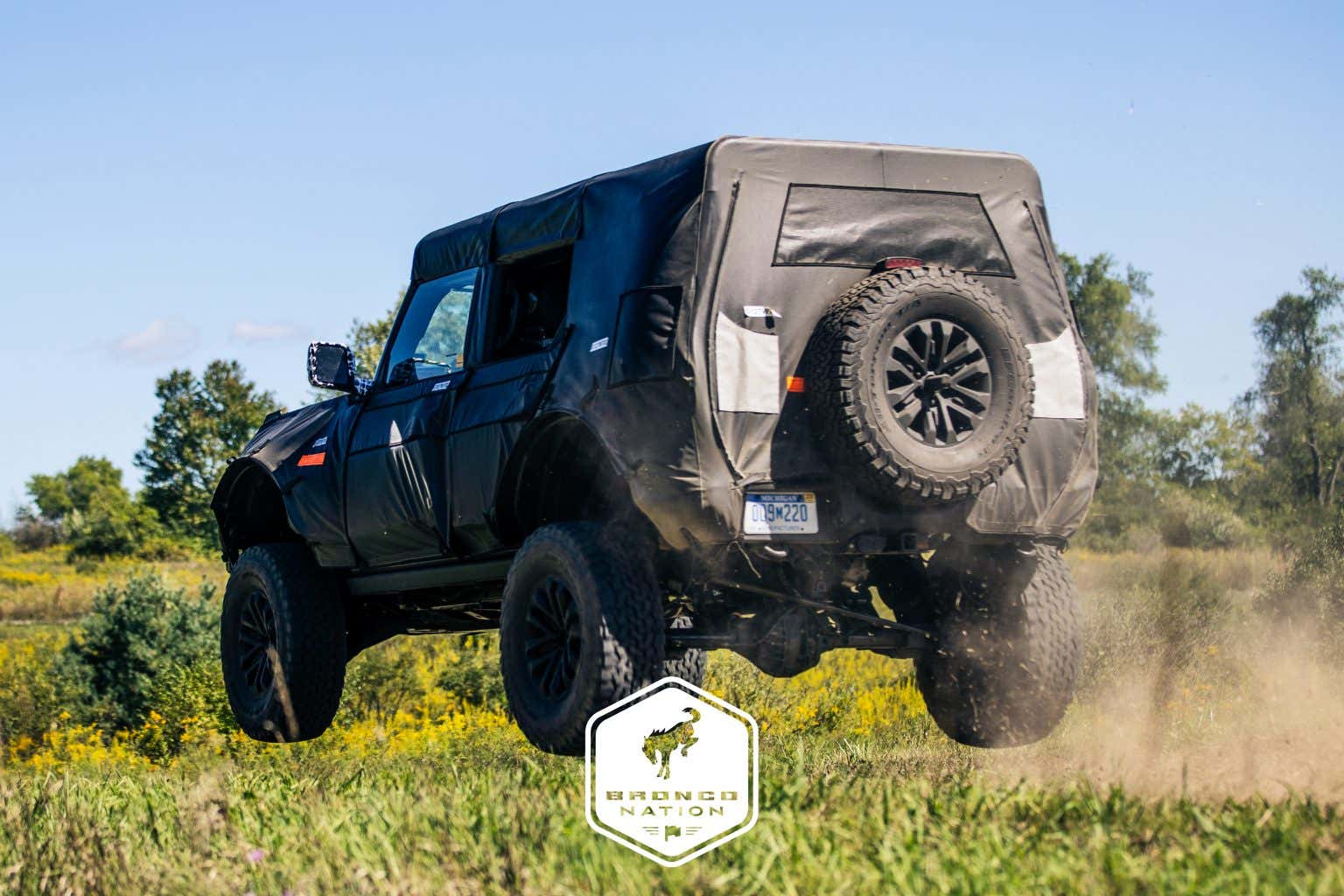 As for the power plant that’s hiding underneath the cladding, it’s anyone’s guess. We don’t expect it to pack a supercharged V8 like the next-gen F-150 Raptor supposedly will, meaning it almost has to be an EcoBoost V6 of some sort. While Ford could pump up the Bronco’s 2.7-liter twin-turbo engine, it seems more likely that a 3.5-liter would sneak its way in from other applications to create a true flagship product. It makes 450 horsepower and 510 pound-feet in the F-150 Raptor—that’s equal to the Jeep Wrangler 392 Concept in horsepower and an impressive 60-pound-feet more in torque.

This heavy-hitting Bronco variant is expected to drop for the 2023 model year, so there’s plenty of time between now and then for plans to solidify. It’s in the early stages of testing and it doesn’t make sense to take current observations as gospel. Still, we’ll be looking for more hints as the real deal takes shape in the months to come. What Red Bull needs to beat Mercedes in F1
We and our partners use cookies on this site to improve our service, perform analytics, personalize advertising, measure advertising performance, and remember website preferences.Ok