It’s rare that car companies let us see behind the curtain when it comes to developing new models. Polestar, however, has opened the book on its Precept concept car, and have been sharing videos of its creation on YouTube. The latest episode shows the concept car being developed into what will become the 2024 Polestar 5.

The impressive thing is just how closely the real production vehicle mirrors the swooping lines of the original Precept concept we first spied back in 2020. We only get a few glimpses at the near-production Polestar 5 in the video, along with the headline image as shown in this article. But it’s enough to glean that Polestar are keen not to mess with the original design of the electric grand tourer on its way to production.

“With the Precept documentary series, we are intentionally doing something car companies usually don’t,” said Polestar CEO Thomas Ingenlath, adding that “It makes me very proud to see how much of the concept car’s design is making it into the Polestar 5.” Many production cars fail to deliver on the promise of hot concepts, but Ingenlath doesn’t think that’s the case here, noting that it’s “a great achievement by our designers and engineers alike.”

There are some concessions to production readiness, though they’re difficult to spot unless you’re really paying attention. The main one is that the Polestar 5 features regular side-view mirrors, replacing the sleek tiny camera modules of the Precept concept. The cutout on the front fenders for the “Polestar Precept” badging is also gone, smoothed over for a cleaner look instead. The front grill is a little more complex, too, with what could be additional vents or cutouts for equipment like parking or radar sensors. 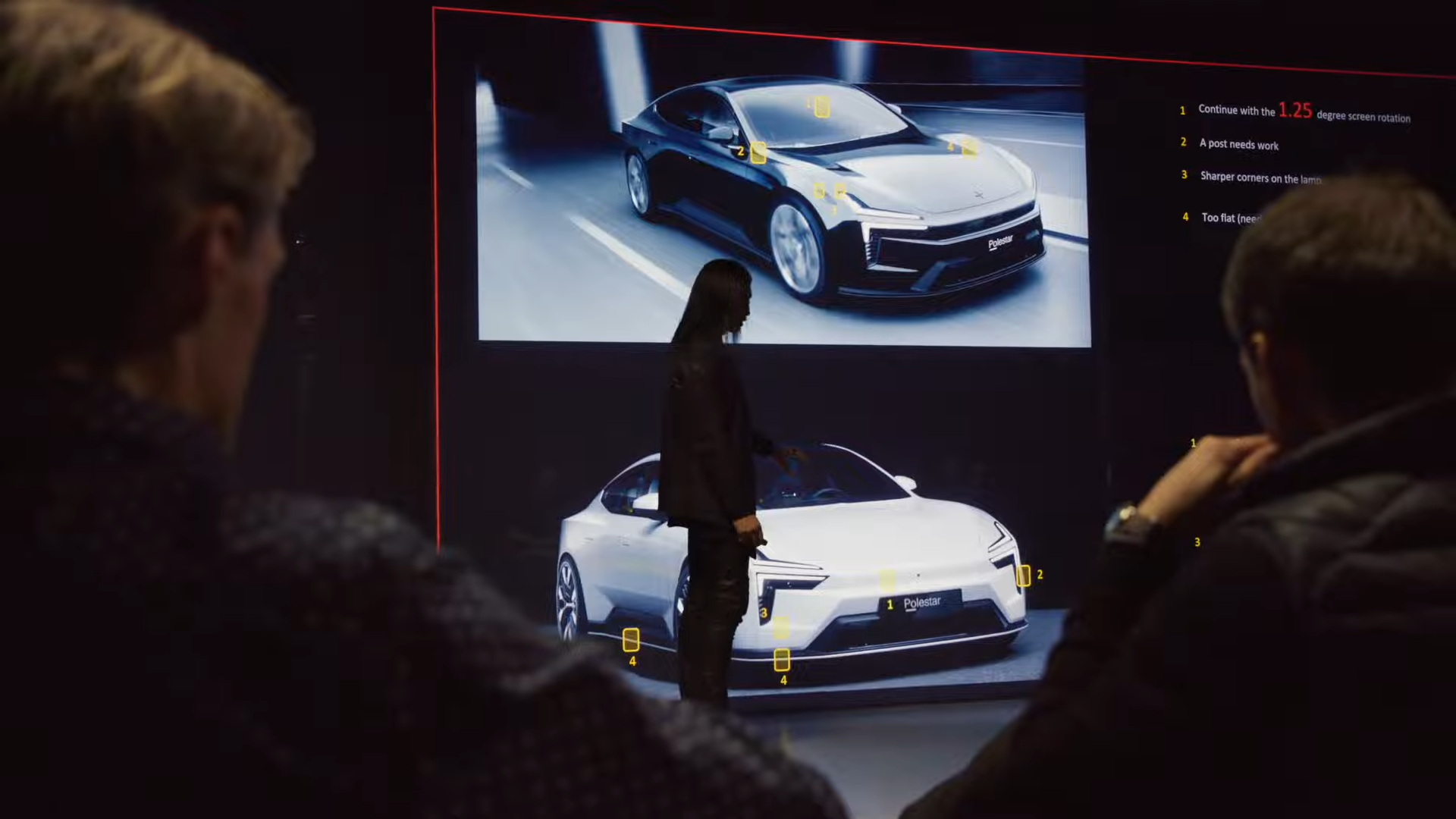 The video even includes shots from within design meetings between exterior design manager Nahum Escobedo and Polestar’s head of design, Maximilian Missoni. We get to see annotated images, indicating changes explored for the production model. Modifications to the A-pillar and driving lamps can be seen under consideration, as well as the windscreen getting a subtle 1.25 degree rotation versus the concept car.

However, striking features like the broad rear stance, racy front airdam, and panoramic glass roof are still present and accounted for. It still very much feels like the same vehicle seen in concept form, with its sleek forward-looking design. Looks are key in the grand tourer segment, and the Polestar 5 will clearly be looking sharp on debut in 2024.

Similarly, the rear wraparound “Aeroblade” light design and the strip-like, pointed front headlights go a long way to giving the Polestar a futuristic, modern look. The use of modern lighting solutions is key here, as seen on other cutting-edge designs from Hyundai and Rivian.

With only the Polestar 1 and Polestar 2 currently on the market, the company hasn’t yet established a firm visual identity in the marketplace. The Polestar Precept, and now Polestar 5 as we see it, are taking the company’s design language to the next level. If it succeeds on delivering performance and comfort in a four-door grand tourer that looks this good, Polestar might just be on to a winner.